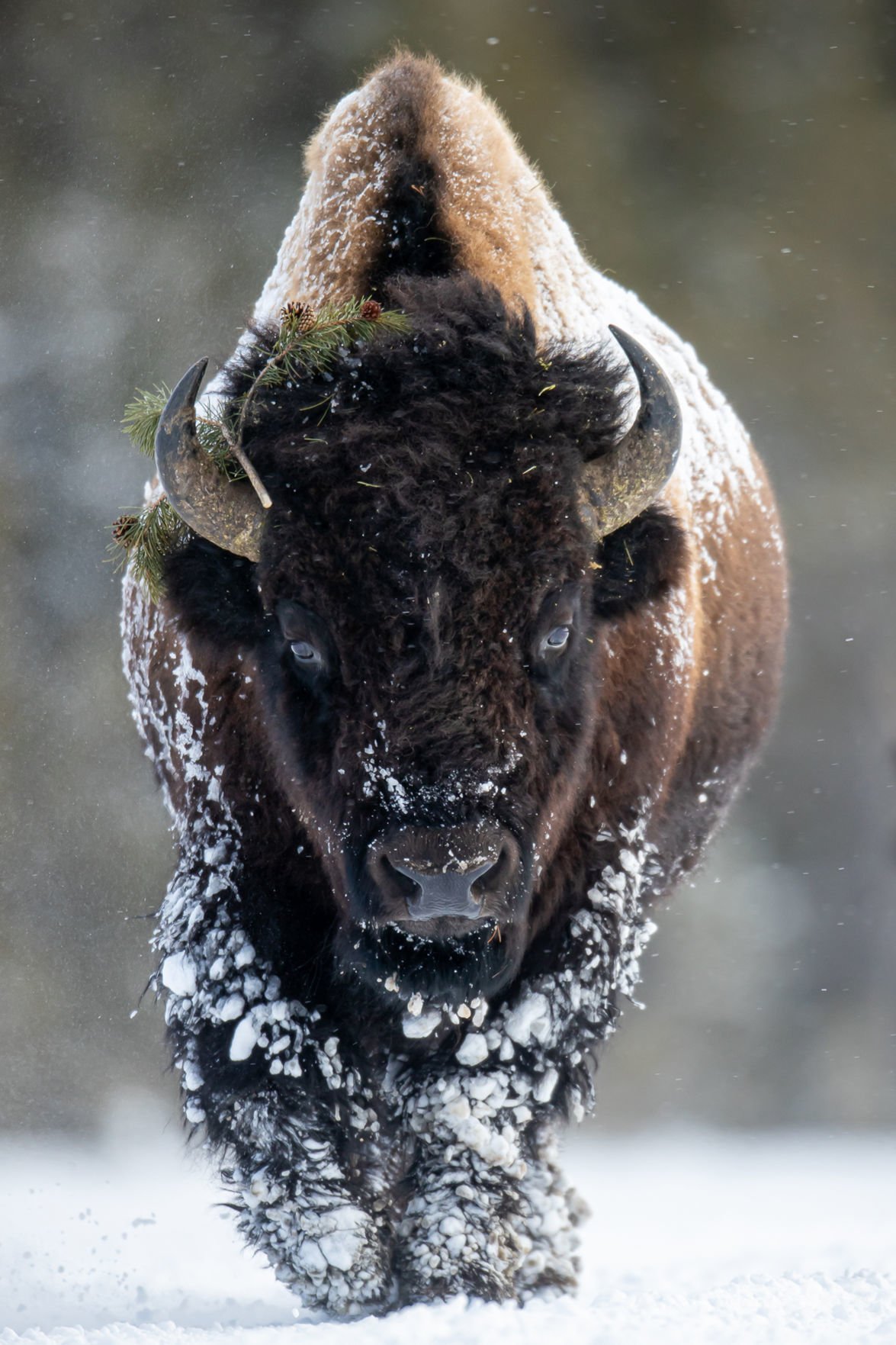 Bison have a large hump at their shoulder, while buffalo don’t.

So you might say, contrary to the song “Home on the Range,” buffalo don’t roam around in North America. Instead, buffalo are indigenous to places such as South Asia (water buffalo) and Africa (cape buffalo). Bison are found in North America and parts of Europe.

There are many differences between bison and buffalo. For one, bison are adapted to harsh cold winters with lots of snow. Neither the water buffalo nor cape buffalo could survive these wintery conditions. Bison have huge heads with thick fur, a mop top and full beards, where buffalo are beardless and don’t have much fur.

Another defining characteristic is, bison have a large hump at their shoulder, which buffalo don’t. The hump is a mass of muscle that moves the gigantic head of the bison. The muscle is used when males fight for dominance in the breeding season. Males will spar by striking their massive heads and horns together and pushing against one another. The bigger and heavier male is usually the winner.

They also use the large shoulder muscle to power the head to act like a snowplow in winter. They sweep their head back and forth moving several feet of snow to the sides to expose dried grass below. During winter all their food is covered in a thick blanket of snow and the only way they can gain access is to push the snow to the sides.

The horns are another difference between buffalo and bison. The horns of buffalo are much longer (upward of several feet) than the horns of the bison. The bison’s horns are shorter, pointed and often curved upward.

I was thinking about all of this recently while leading a photo tour to Yellowstone in winter. By far the most common animal we saw while touring the backcountry of America's first National Park was the American bison. Many herds inhabit the park and we were treated to many opportunities to capture some amazing images of this gigantic animal.

My personal favorite is when the bison get close to the hot springs or geysers and become encrusted in snow and ice. A similar condition occurs when it snows. The bison get covered with snow. They are so well insulated that the snow doesn’t melt, so if they don’t shake it off, they walk around covered in a blanket of snow.

One day, deep in the interior of the park, we came across a small herd of bison. Several large males were with a group of females. This is fairly unusual because during the non-breeding season, the males are often off by themselves or in small bachelor herds. Moreso, the herd seemed like they were a bit giddy or happy. The entire group looked like they had springs in their feet. They would jump and bounce around, then start running.

My group of photographers got into position to capture some images while the herd of bison started moving our way. It is always amazing to watch these kinds of animals and their behaviors through a long lens because it looks like you are right in the thick of things.

Suddenly the herd looked like they started to frolic in the snow, jumping and trotting. Several of them would turn sideways while running. In all honesty it looked like they were having so much fun. Normally you see the bison in a real-life struggle for life. Most of the time they are just plowing through the snow to get to the grass beneath.