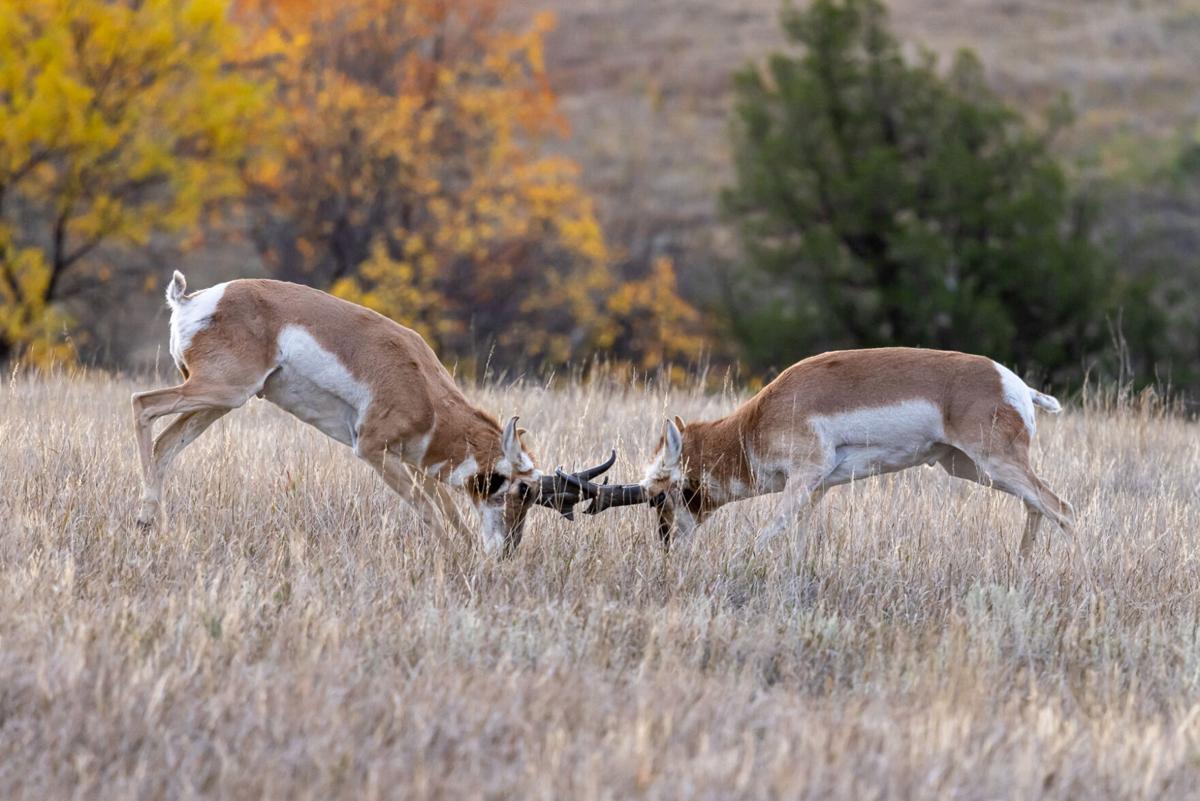 I am always drawn to unique animals. You know, the kind of critters that are different from all others such as the Virginia opossum, which is the only marsupial in America. Or the osprey, a fish-eating raptor that is the only raptor to dive feet first into the water, often completely submerging itself to catch a fish. The osprey is in a family by itself and isn’t related to any other raptor.

Another unique critter is the pronghorn (Antilocapra americana). You might have already noticed that I didn’t call them pronghorn antelope. That is because this animal is not an antelope. Its official name is just “pronghorn.” Calling it antelope is like calling the antlers on a deer “horns,” which is just wrong. Antlers and horns are completely different things.

The Pronghorn is the only member in the family Antilocapridae. Which means it doesn’t have any living relatives. They are not related to the Old-World antelopes that you might be familiar with from Africa. Pronghorns are found only in a handful of western states in North America.

The pronghorn is the fastest land mammal in the Western Hemisphere and is capable of running speeds up to 55 mph for short distances. The pronghorn may have evolved with such fast-running abilities to escape predators. For example, the now extinct American cheetah was thought to be the pronghorn’s primary predator. With what we know about the African cheetah, we can assume that having the ability to run very fast for short distances could make the difference between life and death.

There are many things that make the pronghorn unique. For example, its horns are very different from the antlers on deer or the horns on bighorn sheep. The pronghorn’s horn is composed of a slender blade of bone that grows from the skull making a permanent core. A covering or sheath composed of keratin, which is similar to your fingernails or hair, forms the “horn.” This outer horn or sheath is shed annually and a new one grown each year just like antlers. So really, the horn on this animal is a hybrid between antlers and horns.

Unlike the horns on other animals such as bighorn sheep, the horns of the pronghorn are branched or forked. This branching or prong gives this animal it’s common name.

Recently on a two-week trip out west, I had a couple great opportunities to photograph and study several herds of pronghorn. Early one morning just before sunrise, I found two pronghorn bucks that were courting several females. The males spent some of their time following the females and most of their time chasing each other and positioning themselves in front of the females.

At one point the larger of the two bucks finally had enough of the smaller one pestering him and turned and aggressively ran at the smaller buck. In a split second both bucks had their heads down and locked their horns together in an epic battle. In my 40-plus years of wildlife photography I have captured many wonderful images of pronghorns, but I had never seen two bucks sparring like this. I’ve photographed plenty of elk, moose, caribou and deer during the rut engaged in a head-to-head fight, but never pronghorns.

As fast as the two bucks came together and started fighting, it ended with the smaller buck retreating and running away with the larger buck right on his tail. I managed to capture a dozen or so images of the fight before it broke up.

After the fight I watched the larger buck walk to the top of a ridge where it paused to look over the valley and the small herd of females. It was as if he was looking over his world and enjoying the small victory before getting back to attending to the females. It was a victory for both the pronghorn and the photographer.

"The pronghorn is the fastest land mammal in the Western Hemisphere and is capable of running speeds up to 55 miles per hour for short distances."