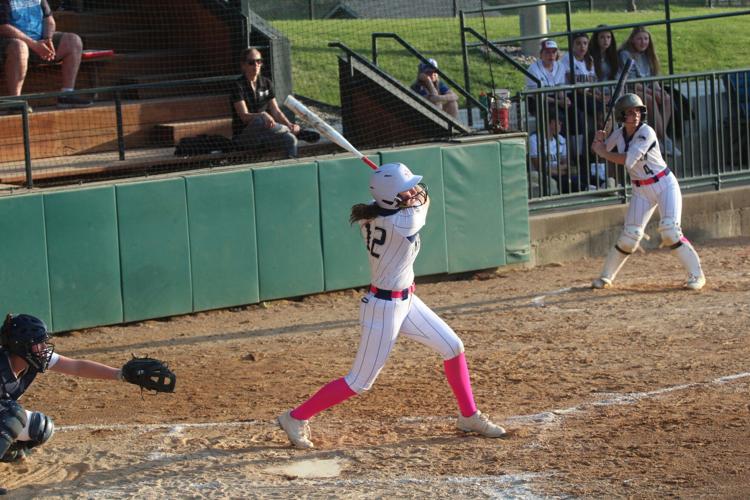 Junior shortstop Karina Tollberg drives in a run in a 5-1 win over Orono May 10. 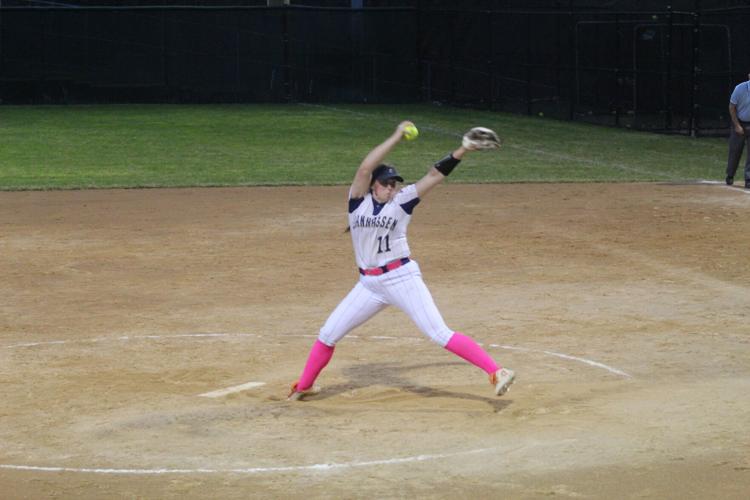 Senior pitcher Sydney Schwartz delivers a pitch in a 5-1 win over Orono May 10. 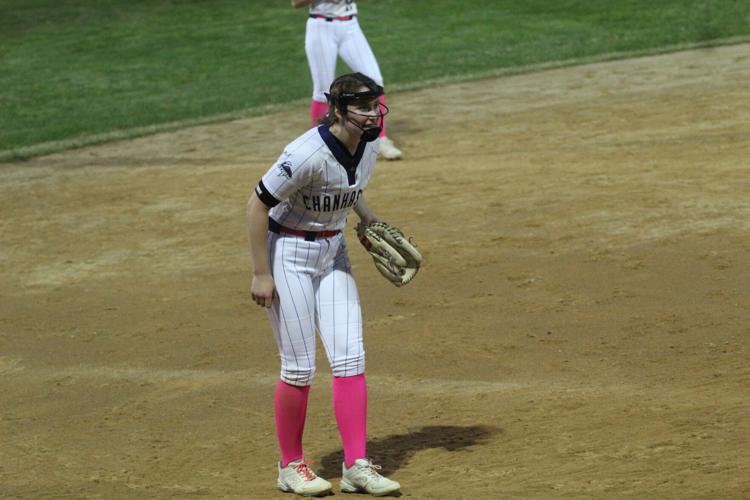 Freshman Susie Tollefson awaits the ball to be put in play from third base.

Junior shortstop Karina Tollberg drives in a run in a 5-1 win over Orono May 10.

Senior pitcher Sydney Schwartz delivers a pitch in a 5-1 win over Orono May 10.

Freshman Susie Tollefson awaits the ball to be put in play from third base.

Chanhassen softball has been a program made up of a balance between focus on the field and entertainment in the dugout.

Dancing around with each other and singing random songs as a way to cheer each other on at the plate are just some of the habits of the Storm. The Christmas lights hung up in the home dugout are not bright until the sun goes down, at a time when the Storm (12-1, 9-0) are more than likely celebrating another win. Head coach Joe Coenen is impressed with how the team manages to find the line between focus and fun and says they play better when they are loose.

“In the dugout we’re all going insane the entire time, but we switch our mindset once we get onto the field and we’re able to compete, that is a big part of our success,” senior pitcher Sydney Schwartz said.

Along with continuing this aspect of the program’s culture, the Storm are hoping to continue the success on the field. Chanhassen finished 22-4 last season, reaching the semifinals of the state tournament. Coming into this season, the team was confident in some areas, but needed to learn more about themselves as the season progressed.

“We knew we were going to be good on the defensive side again but we weren’t sure what to expect hitting wise, honestly. Everyone — spots one through nine — has pulled through during the season,” Sydney Schwartz said.

In past seasons, Chanhassen has had a handful of Division I-level pitchers paired with players at the plate who could hit the ball to the fences and drive in runs. With Schwartz on the mound, the high-level pitching has continued, as she is tied for second in Minnesota with 117 strikeouts and has an ERA of 1.00. On offense, Chanhassen has five players on the roster with a batting average of .300 or better, but only Schwartz has multiple home runs and more than 10 runs batted in.

“We know having Sydney is going to keep us in every ballgame, we knew that coming in. We believe she’s the best player in the state offensively and defensively, but to win it takes everyone doing the little things correctly,” head coach Joe Coenen said.

Coenen wants the Storm to be more creative at the plate and around the bases in order to win games the rest of the season. Players at the top of the batting order have been productive in different ways for Chanhassen. Junior outfielder Marin Browning is a leadoff hitter who makes smart decisions reading the opponents’ defense at the plate. Infielders Susie Tollefson and Karina Tollberg have played through injuries and protected Schwartz at the plate as the No. 2 and No. 4 hitters respectively. Now a freshman, Tollefson is one of the Storm’s leading players after playing on varsity as an eighth grader.

“Last season helped me grow my chemistry with the team and learn from the seniors last year and everyone else. It was good to work with them,” Tollefson said. “I want to continue to learn, grow and try my best to be a leader for future years.”

With only a few games left in the regular season, Chanhassen hopes to win the Metro West conference and dance its way back to the state tournament, but the most difficult challenge that lies ahead for the Storm is the section 2AAAA tournament. Chanhassen was ranked no. 3 in the Minnesota coaches’ poll as of May 8, but other section foes who made the top 10 were No. 7 Shakopee (13-1) and No. 9 Eden Prairie (8-4). Prior Lake also looks to be a threat with a record of 10-5.

“We can’t control how good their pitchers and hitters are, or how the umpire is calling the pitches that night. We have to be the team that learns about what’s going on in the game and takes advantage of what’s going on,” Coenen said.