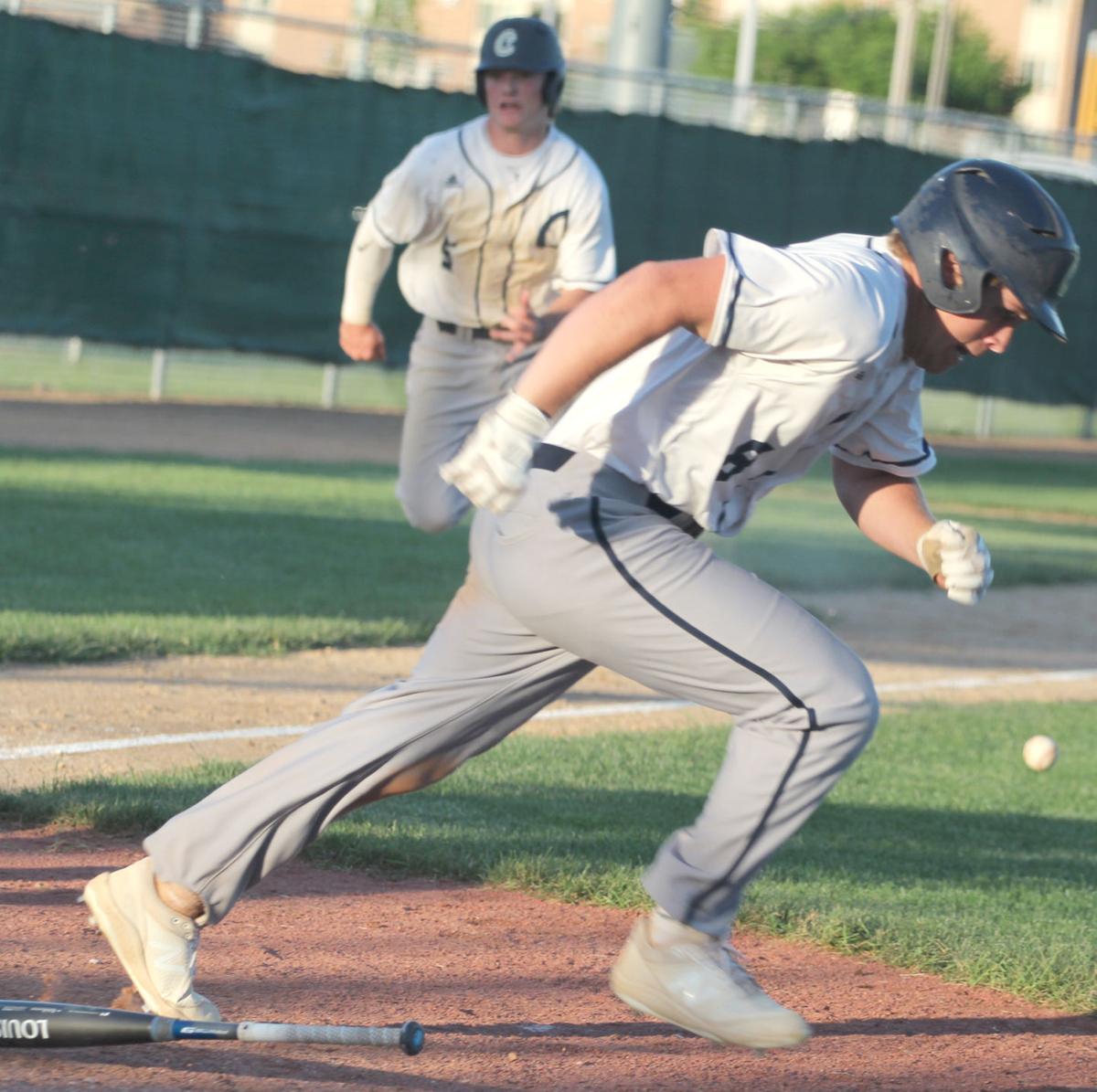 Mitch Cummins sprints toward home plate as Ryan Maschka lays down a squeeze bunt for a 10-3 lead for Chanhassen at Bloomington Jefferson on June 4. 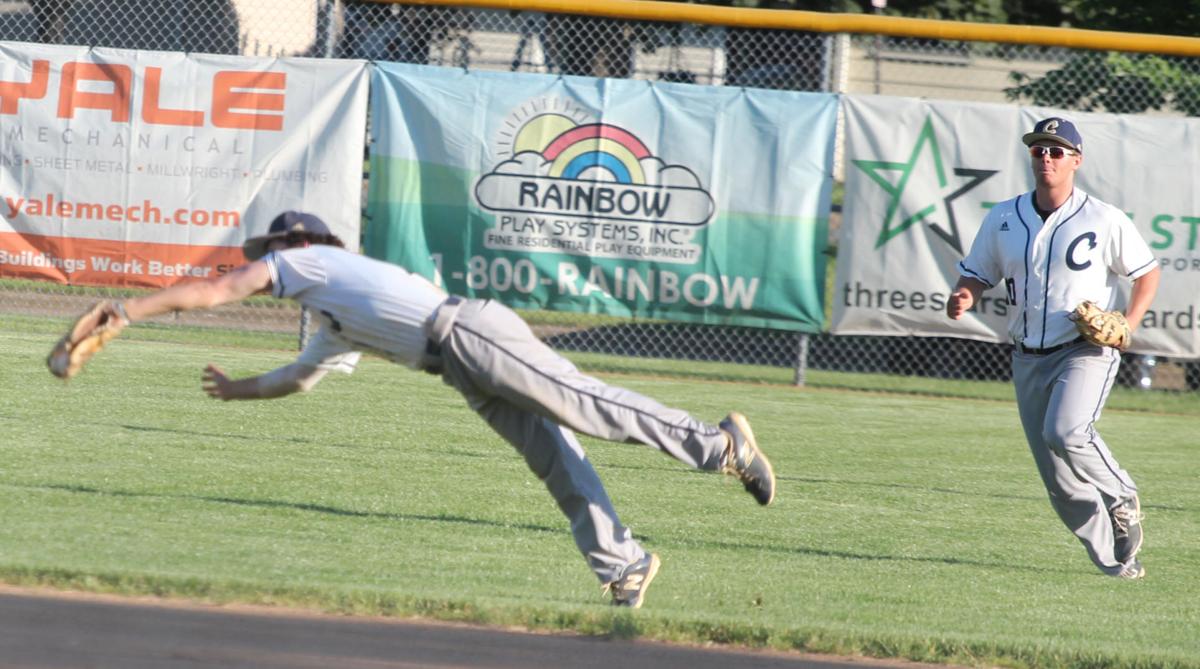 Brenden Radtke makes a diving catch after a tall pop fly drifted a bit toward second base for Chanhassen in a Section 2AAAA elimination game on June 4. 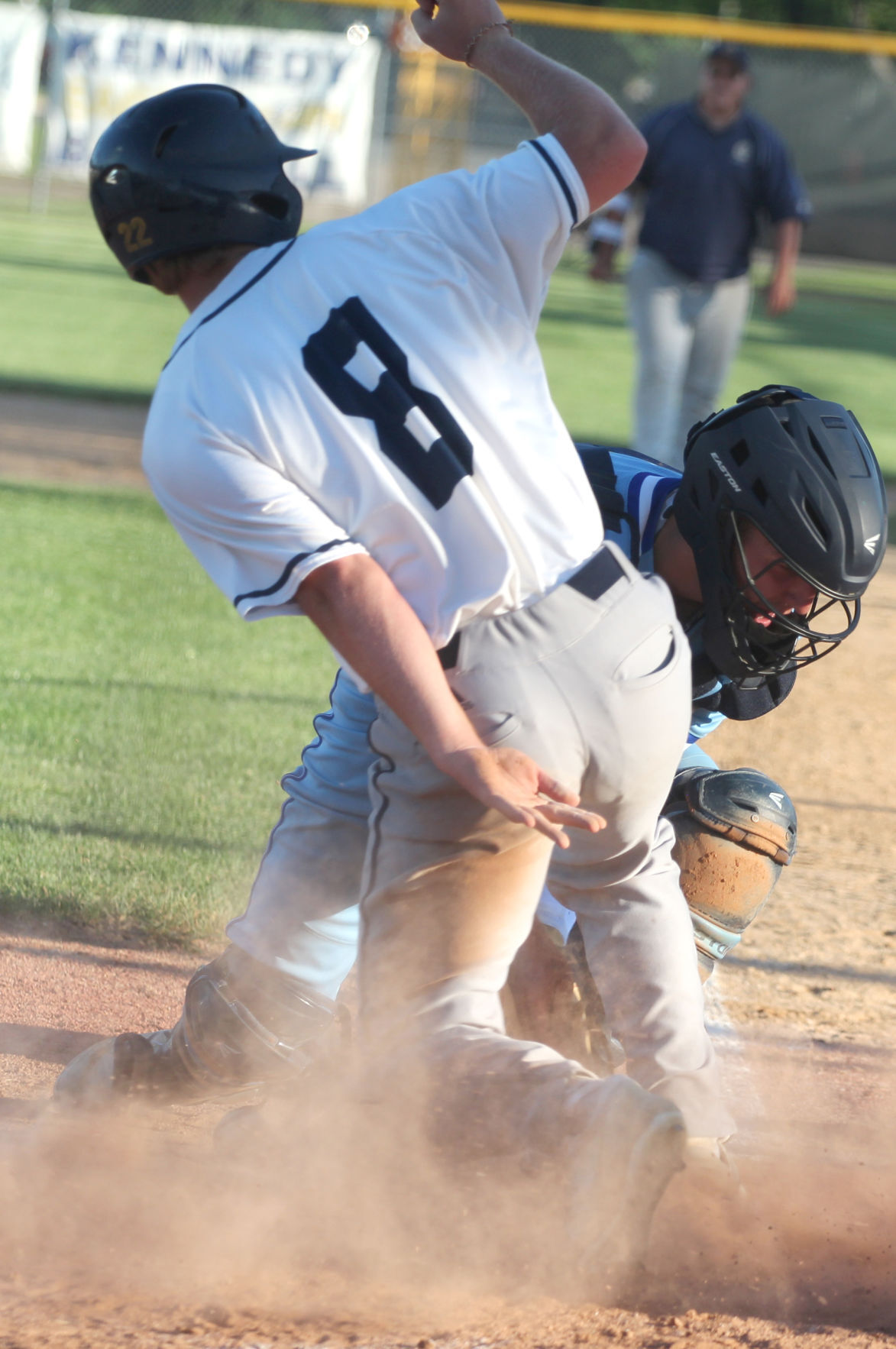 Ryan Maschka slides in safely for Chanhassen as Bloomington Jefferson catcher Ben Goedderz couldn't hang on to the throw.

Mitch Cummins sprints toward home plate as Ryan Maschka lays down a squeeze bunt for a 10-3 lead for Chanhassen at Bloomington Jefferson on June 4.

Brenden Radtke makes a diving catch after a tall pop fly drifted a bit toward second base for Chanhassen in a Section 2AAAA elimination game on June 4.

Ryan Maschka slides in safely for Chanhassen as Bloomington Jefferson catcher Ben Goedderz couldn't hang on to the throw.

The temperature at Red Haddox Field in Bloomington registered in at 93 degrees at opening pitch June 4. Chanhassen's bats were equally sizzling in a Section 2AAAA elimination game, pounding out 13 hits in a 10-4 win over top-seeded Bloomington Jefferson.

Chanhassen scored in four of the first five innings, handing the Jaguars just their third loss of the season.

The Storm host Shakopee in an elimination game at 6 p.m. on Monday, June 7.

The winner advances to the losers bracket final on Tuesday, June 8, versus Prior Lake.

Chanhassen, which finished with five extra-base hits, opened the scoring on a Brenden Radtke RBI-triple into the right-center gap. Hunter Sheehan found the same spot in the outfield for two runs in a five-run fourth inning.

Cole Van Holland was a catalyst for the Chanhassen offense, driving in single runs in the second, fourth and fifth innings.

Josh Och was 3-for-3 at the top of the batting order, while Ryan Maschka collected a team-high three hits, including a squeeze bunt for the 10th run.

Chase Eiden was wildly effective for Chanhassen in the start, allowing four hits and six walks with four strikeouts. Jake Ryan inherited bases loaded with two outs in the fifth inning, limiting the damage, keeping the score 8-3 in favor of the Storm.

Ryan faced just one batter over the minimum in facing eight batters over 2 1/3 innings, striking out three to preserve the win.

Minnetonka is one win away from its first state tournament appearance since 2018 after holding off Prior Lake 3-2 in the Section 2AAAA winners bracket final on June 4 at Veterans Field.

The Skippers will host the section championship at 11:30 a.m. on Wednesday, June 9. A second game, if necessary, would be played on June 10.

Senior Josh Daniel's RBI-single in the sixth inning proved to be the game-winner as Prior Lake, having scored 22 runs in playoff wins over Chanhassen and Edina, drew within one at 3-2 in the seventh inning.

Zach Zaetta, despite allowing two hits and a walk, one run scored, closed the door with his third save of the week for Minnetonka.

Fritz Meyer, a game one win over Shakopee, struck out four batters, scattering four hits with a walk over five innings in the win. The lone Laker run came off a Minnetonka error.

Zaetta was 3-for-3 at the plate for the Skippers, driving in a run with a double. Walter Johnson also had a fifth-inning sacrifice fly to break a 1-1 tie.

Connor Wietgrefe allowed seven hits and two earned runs with four strikeouts in the loss for Prior Lake, which will play the winner of Shakopee and Chanhassen on Tuesday, June 8, in the losers bracket final.

Minnetonka, which started the season with a 2-5 record, now is 14-9 overall, having won eight of the last 10 games.

(7) Prior Lake at Chanhassen/Shakopee winner