The view from center field as Chanhassen starting pitcher Josh Och delivers a pitch in a 12-5 win over Shakopee in Section 2AAAA play on June 7. 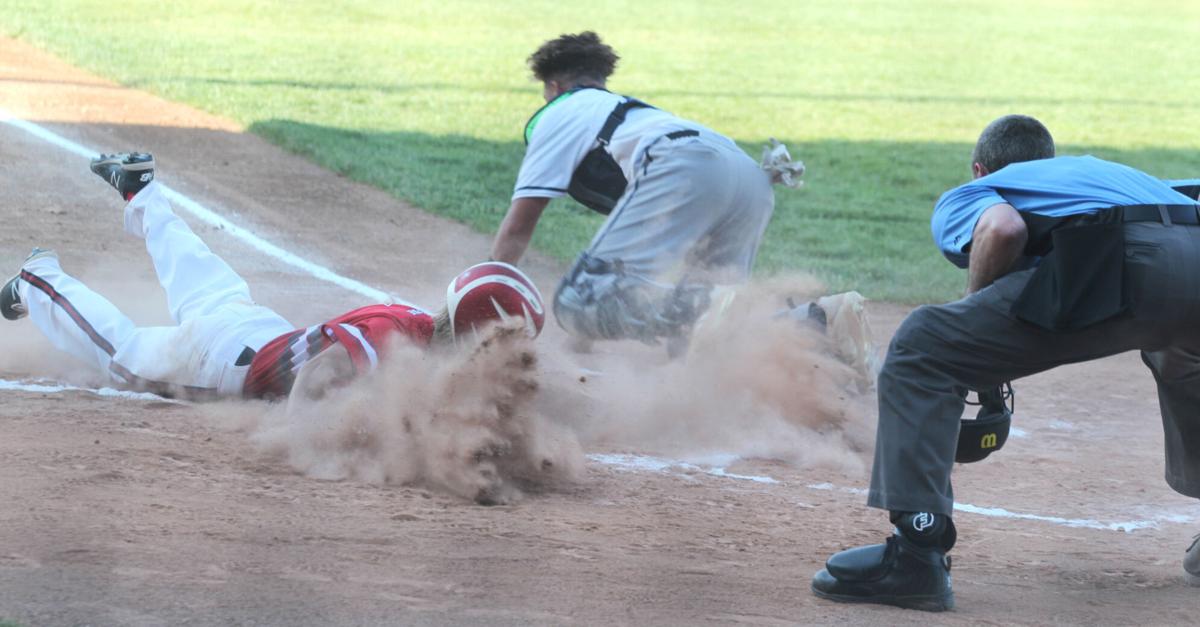 The view from center field as Chanhassen starting pitcher Josh Och delivers a pitch in a 12-5 win over Shakopee in Section 2AAAA play on June 7.

On the brink of elimination in three straight games, Chanhassen has looked like the team those around Section 2AAAA feared.

If Storm baseball fans are feeling a bit of déjà vu, you're not alone. The 2015 state championship team lost in the first round of the playoffs only to win nine straight games, including six in sections.

In getting back to the championship series Chanhassen plated 43 runs over four games.

The 2021 team has awoke at the plate, scoring 22 runs over wins over top-seeded Bloomington Jefferson and now Shakopee in a 12-5 decision on June 7 at Storm Red Bird Stadium.

Chanhassen totaled 12 hits, including eight extra-base hits. Jared Cook, Ryan Maschka and Brenden Radtke each drove in three runs, while Hunter Sheehan and Mitch Cummins recorded seven runs scored between them back-to-back in the batting order at No. 2 and 3.

"We had the same mentality rolling into Chaska. Keeping that same confidence and just having each other's backs," Radtke said.

"Plying for each other; that's our theme," Cummins said.

"It's living to play another day together," Radtke added.

Tuesday's winner advances to Wednesday's championship round at Minnetonka at 11:30 a.m. If necessary, a second game would be played at 6 p.m. on Thursday, June 10, at Veterans Field.

"The Prior Lake game really woke us up. We got knocked in the mouth. Since then, the resilience on this team has really shown through. We're battling, we're fighting," Radtke said.

After falling behind 3-0, Maschka turned the tide quickly with a two-out double to draw the Storm within one.

A tie game in the fourth inning, Cummins' no doubter into the trees in left-field sparked nine consecutive runs for Chanhassen. A home run trot much-needed after Cummins tumbled between first and second base on a no-doubt triple to the center-field wall.

The home run and ensuing bat flip was just what the Storm needed.

"I was looking first-pitch fastball and when I saw a hanging curve I just went for it. I got a hold of it. I knew it was gone," Cummins said. "It's one of those things that never gets old. Hitting a ball like that. It was a pretty cool moment."

Maschka added a third RBI on a second double before Radtke's single up the middle scored a third run in the fourth inning; a 6-3 lead.

Chanhassen added six runs in the fifth inning highlighted by two-run double from Cook down the right-field line. A pair of bases loaded walks to Cummins and Sheehan started the scoring with Maddox Johnston connecting on his second double of the game. Radtke's two-run single pushed the lead at 12-3.

"Everyone top to bottom is on. We can come together like we are, one through four, and four through nine, we don't have a top and bottom of the order," Cummins said.

Riley Funk, back on the mound after nursing an injury late in the season, posted back-to-back shutout innings in a big relief spot, totaling three strikeouts for the win.