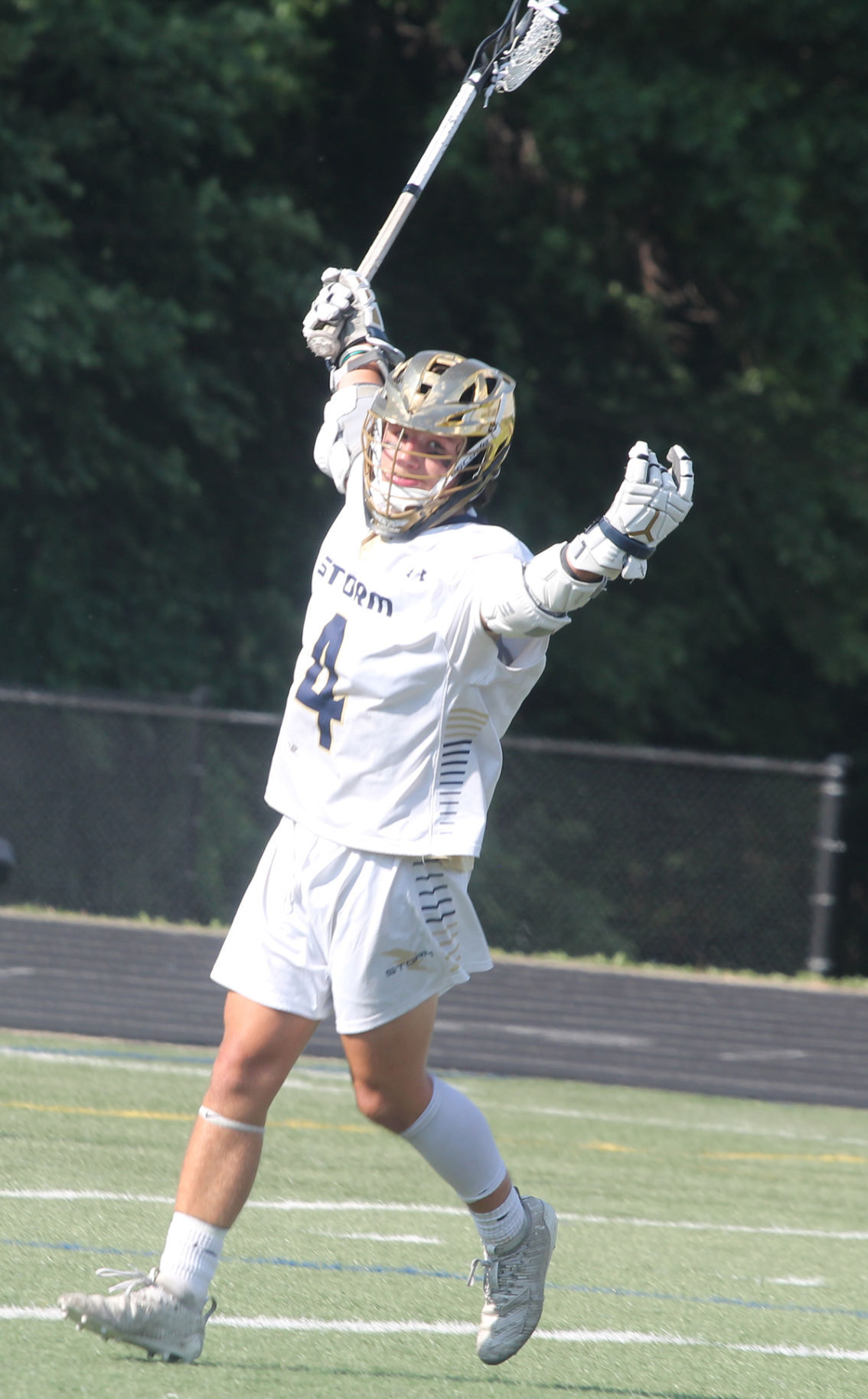 Carter Van Holland celebrates a first-quarter goal for Chanhassen in a semifinal match with Eden Prairie on June 7. Van Holland helped the Storm rally with two late goals in a 12-11 overtime win. 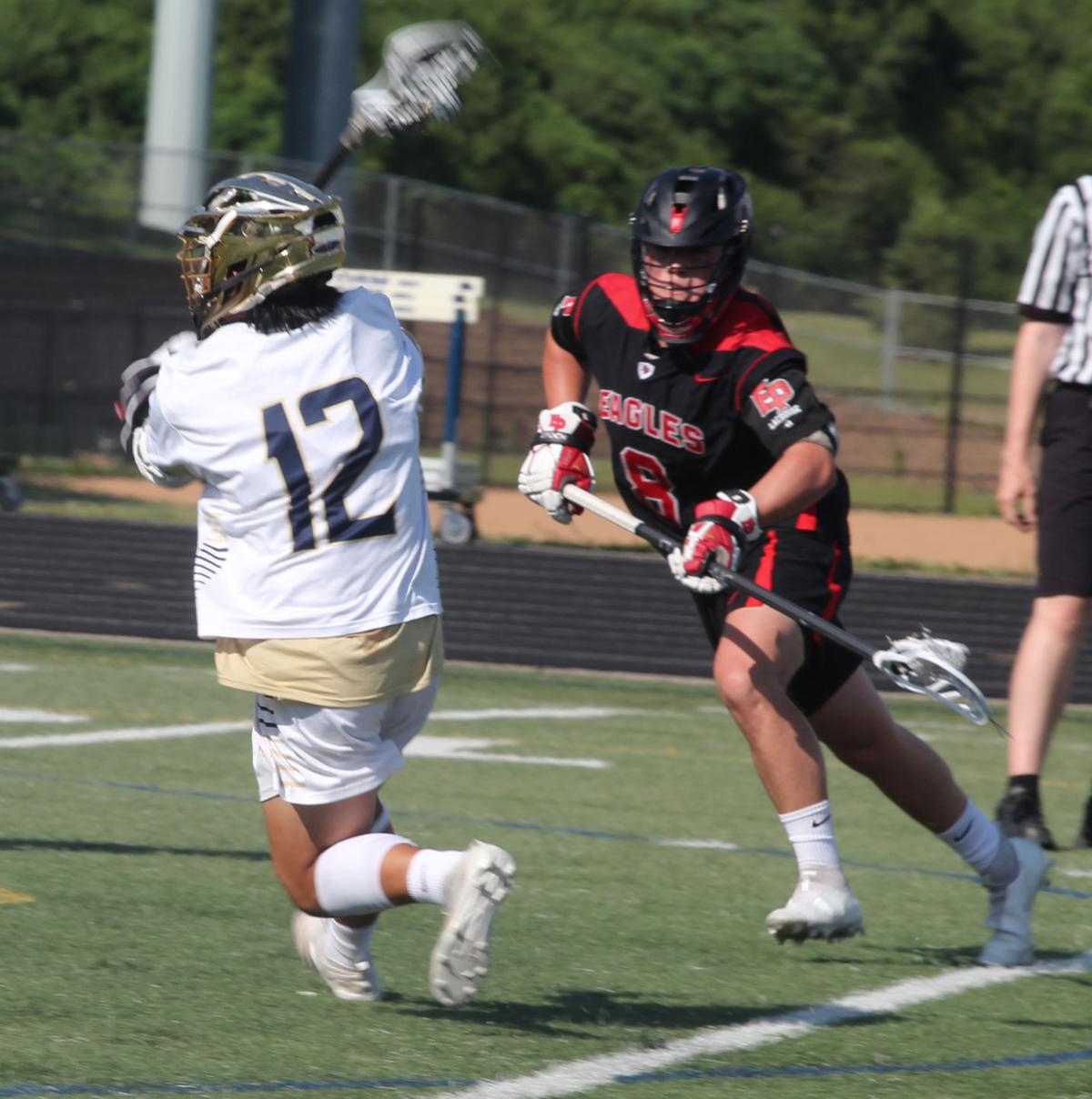 John Dahl with a sweet move and score, part of a 3-0 lead for Chanhassen in the first quarter versus Eden Prairie. 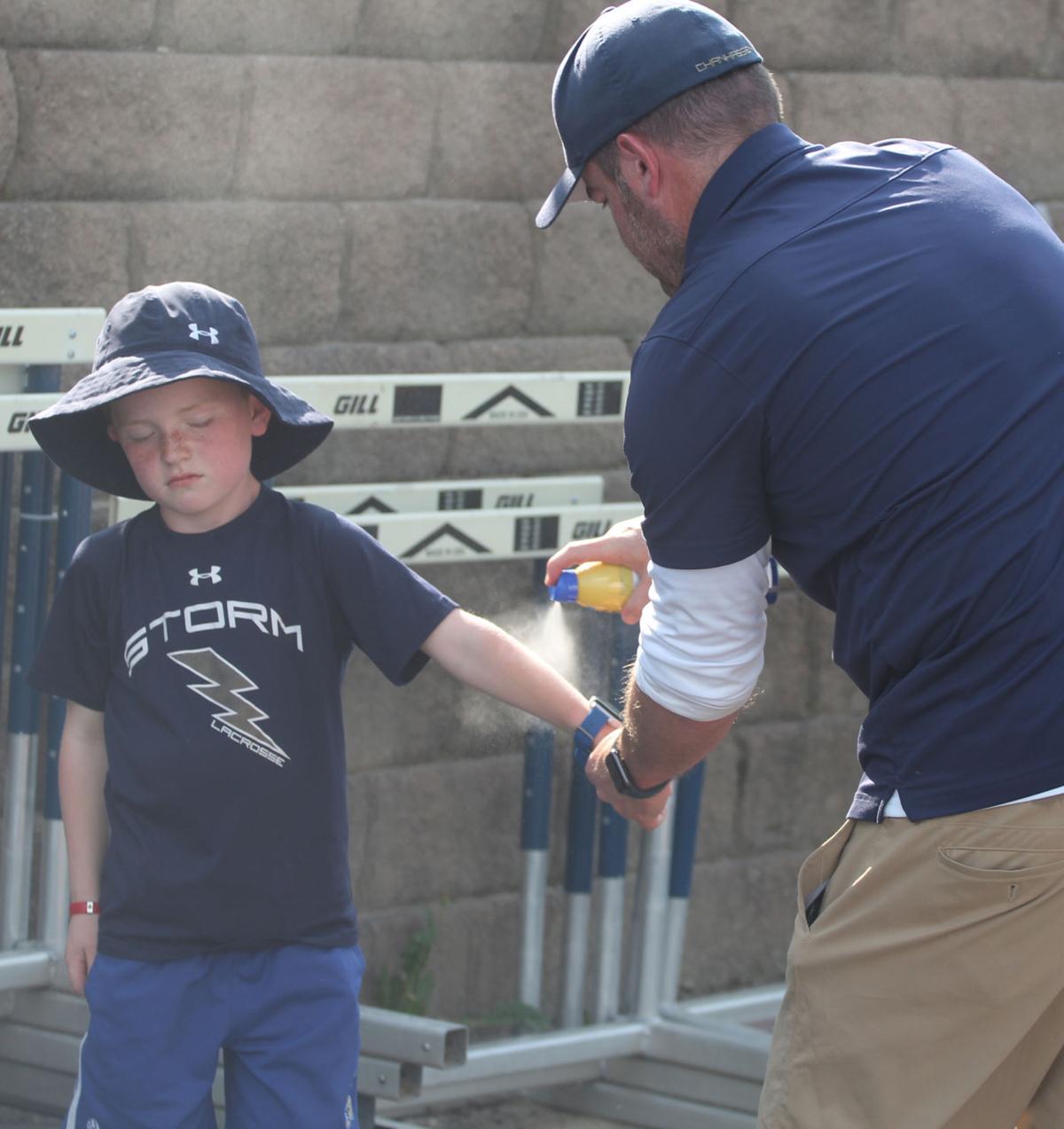 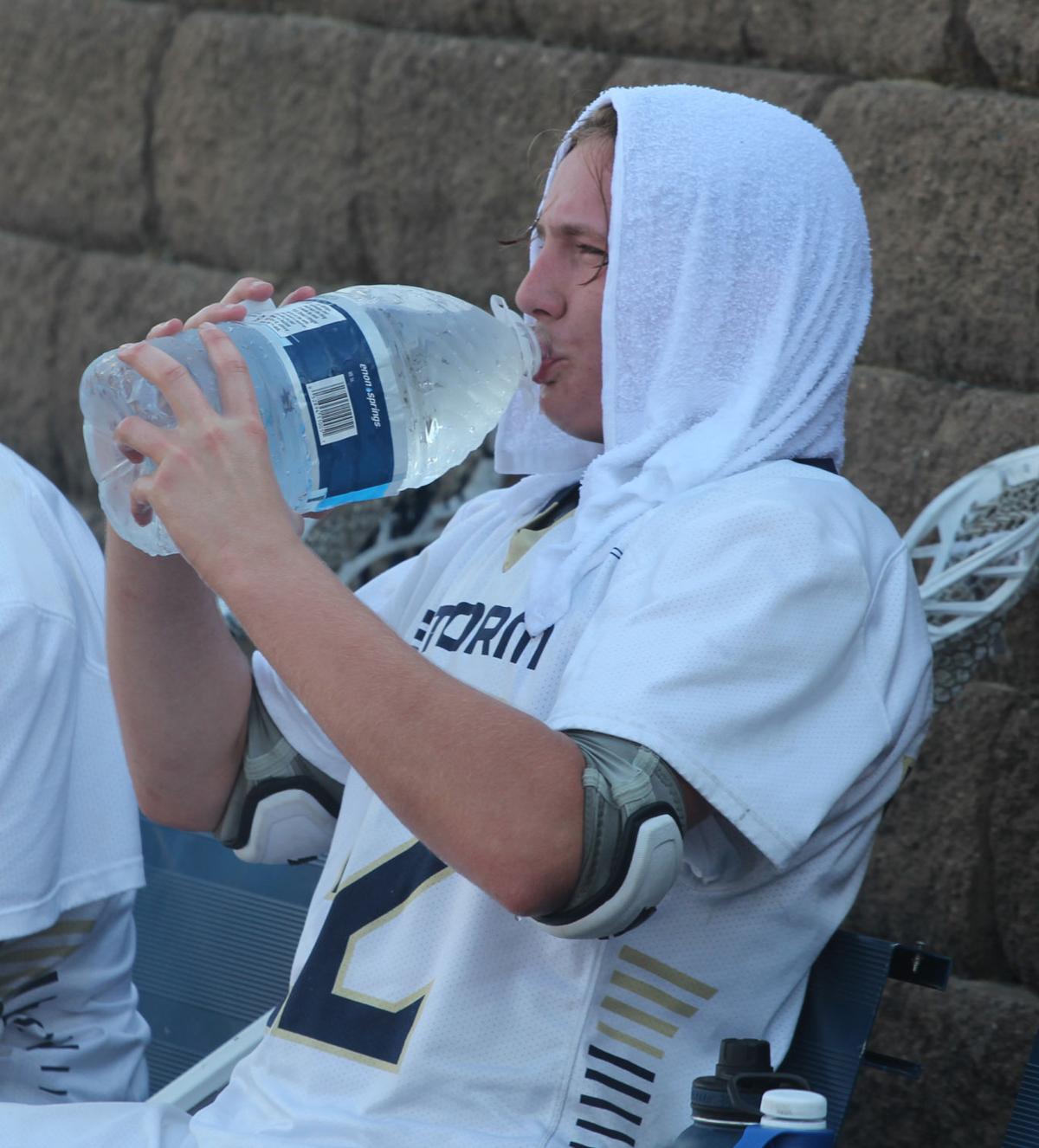 How hot was it on the stadium turf June 7? Ask Charlie Knuass, who catches some shade with a jug of water and cold towel.

Carter Van Holland celebrates a first-quarter goal for Chanhassen in a semifinal match with Eden Prairie on June 7. Van Holland helped the Storm rally with two late goals in a 12-11 overtime win.

John Dahl with a sweet move and score, part of a 3-0 lead for Chanhassen in the first quarter versus Eden Prairie.

How hot was it on the stadium turf June 7? Ask Charlie Knuass, who catches some shade with a jug of water and cold towel.

An 8-4 score minutes into the second half of the Section 2 boys lacrosse semifinal, top-seeded Chanhassen was in control. Until they weren't. Seven straight goals for Eden Prairie had the upset alert alarm blaring.

It is moments like these where a lot is learned about the trailing team.

Chanhassen could have finished out the last 4:48 of regulation, hung their heads, and pondered what went wrong.

Instead they persevered. Carter Van Holland scored over the next two minutes. Brady Grandstaff found the net for the tying goal with 2:20 left.

And while Chanhassen was unable to take advantage of a two-player man-up situation late in regulation, they didn't let down. And more than three minutes into sudden death, it was a senior-to-senior connection, Tyr Christianson to Jackson Smith, for the game-winner.

An 12-11 score; the first win over Eden Prairie for the Storm program.

"I guess (Coach Sam Sather) thought I had fresh legs, so I came in for Mitch (Speeza). I saw my guy turn his head. I looked at Tyr, he looked at me, so I cut back and he threw it to me and the next thing I know the ball is in the net," Smith said of the winner.

The two programs met in the 2019 title match. Chanhassen, coming off an upset of Minnetonka, couldn't keep up with Eden Prairie. It looked the same in 2021, the Storm spreading the ball around, claiming 3-0 and 7-4 leads in the first two quarters.

What Chanhassen had going for them was balance with eight goal scorers in the game. Despite trailing by three goals, the Storm were patient, getting good looks to tie the score at 11.

"They were huge. We needed those goals. We had the lost the momentum. We were down. We needed a spark. I was just looking for good shots, not trying to do too much," Van Holland said.

After escaping a man-up situation for Eden Prairie for the final 22 seconds of regulation, and first 38 seconds of overtime, Storm goaltender Grant Penttinen saving the season with a stop from close-in range, Chanhassen carried the play.

"I told the boys we've been here before. We won the last time (over No. 1 Benilde-St. Margaret), so let's do it again. We played like the season was on the line, because it was," Van Holland said.

The Storm had six shots in overtime. The winning play originated from Christianson. Smith, just inserted into the offense midway through the offensive set, found space on the left side and buried the winner.

It was Smith's 13th goal of the season, and varsity career, none bigger.

"It felt like a dream. It's something you imagine doing, but in this moment, I'm not even sure still. I'm speechless still," Smith said. "I was just having fun out there. I'm pretty sure I grabbed John Dahl and gave him a hug. I grabbed whomever was closest and then I ran over to Tyr. I'll remember that moment for forever."

Junior Nicholas Diekman also found the net for the second time this season, while Mitchell Breza registered his fifth goal over the last four games. Penttinen made 14 saves as Chanhassen improved to a program-best 14-1.

Now all that's left between the Storm and their first state tournament is No. 2 seed Shakopee, a 7-6 winner over Minnetonka. Like Chanhassen, the Sabers are looking to advance to state for the first time.

Shakopee is 14-1 overall, the lone loss coming in a one-goal defeat to Prior Lake in April.

"We had this same situation two years ago. An emotional win, took a lot out of us, and we didn't have any energy for the championship. Guys need to rest up, focus in practice and just come hungry Wednesday and get it done. Find a way to win," Van Holland said.

A 3-3 match at halftime, second-seeded Shakopee (14-1) scored four of the first five goals in the second half, hanging on to win 7-6.

Colton Maskevich doubled his season output with a hat trick and two assists. A pass from Maskevicg to Zane Orchard put the Sabers up 6-4 in the third quarter.

Ethan Mostrom found the back of the net for a 7-4 advantage with 9:30 to play.

Minnetonka, which finished with an 11-4 record, pulled within one with 3:44 left but was unable to get the tying goal.