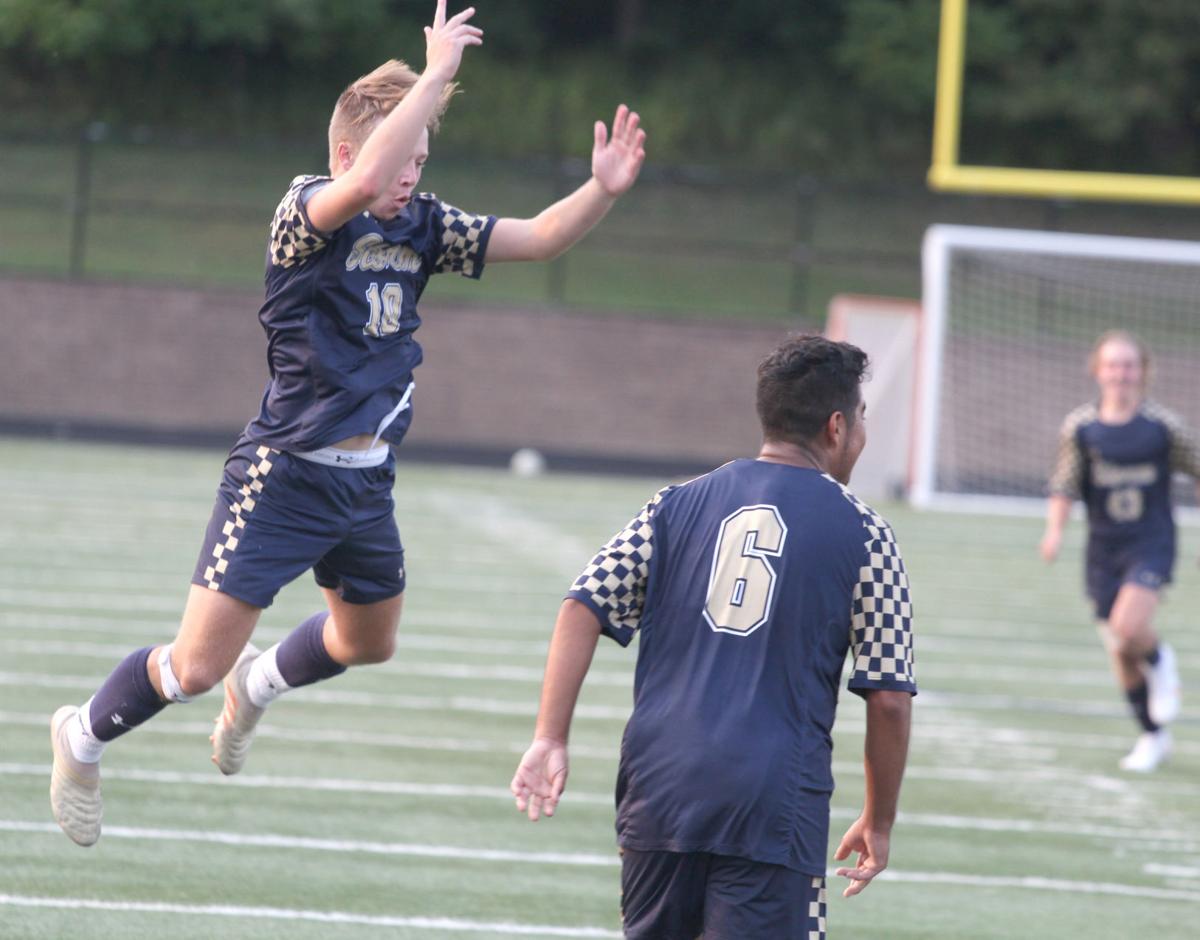 Senior CJ Claggett leaps in the air after scoring a go-ahead goal for Chanhassen in a 3-2 win over Robbinsdale Cooper Sept. 15. Claggett scored twice in the contest on senior night. 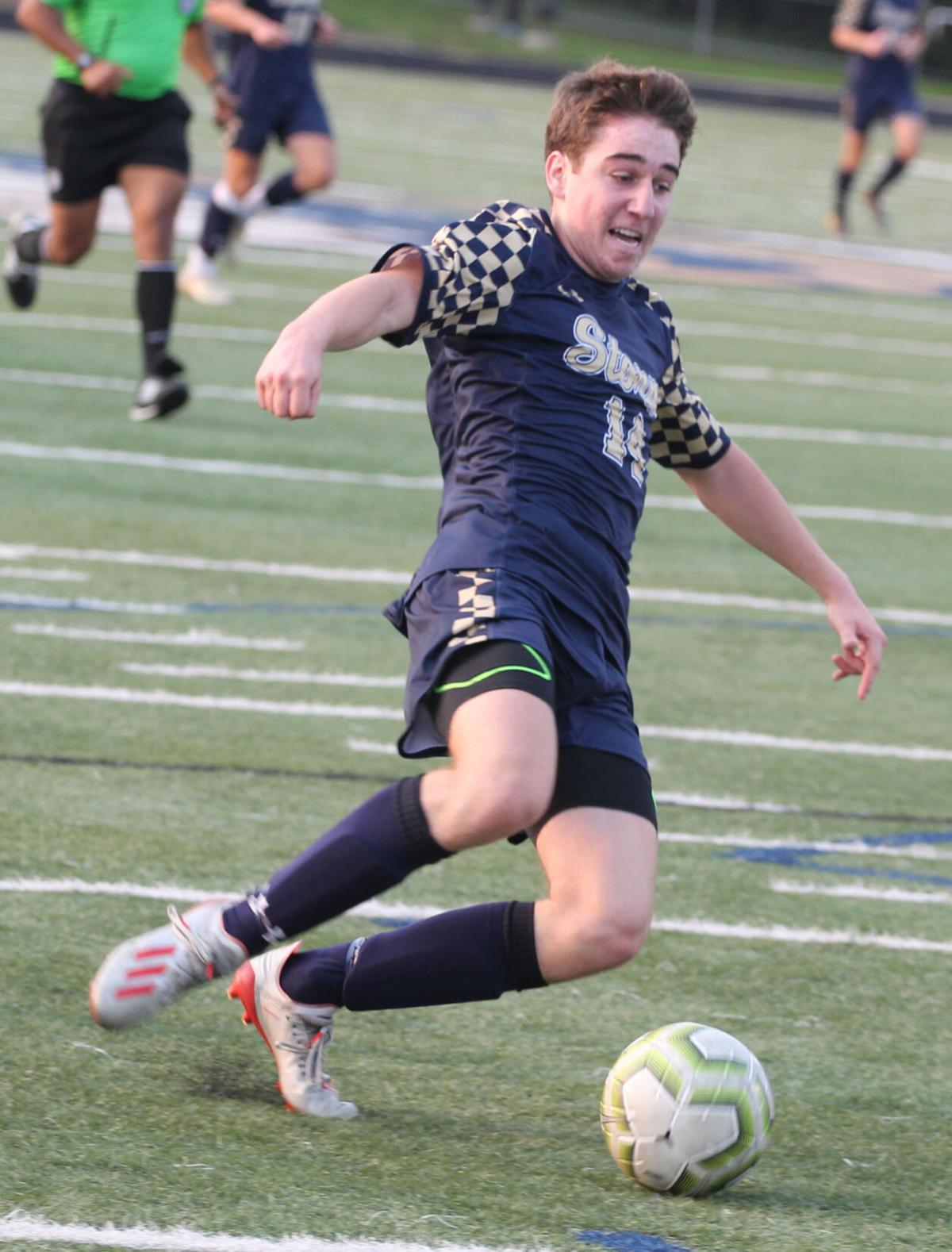 Chanhassen's Mason Drazan gets behind the Robbinsdale Cooper defense, sliding ahead of the goaltender for a tying goal in the second half Sept. 15. 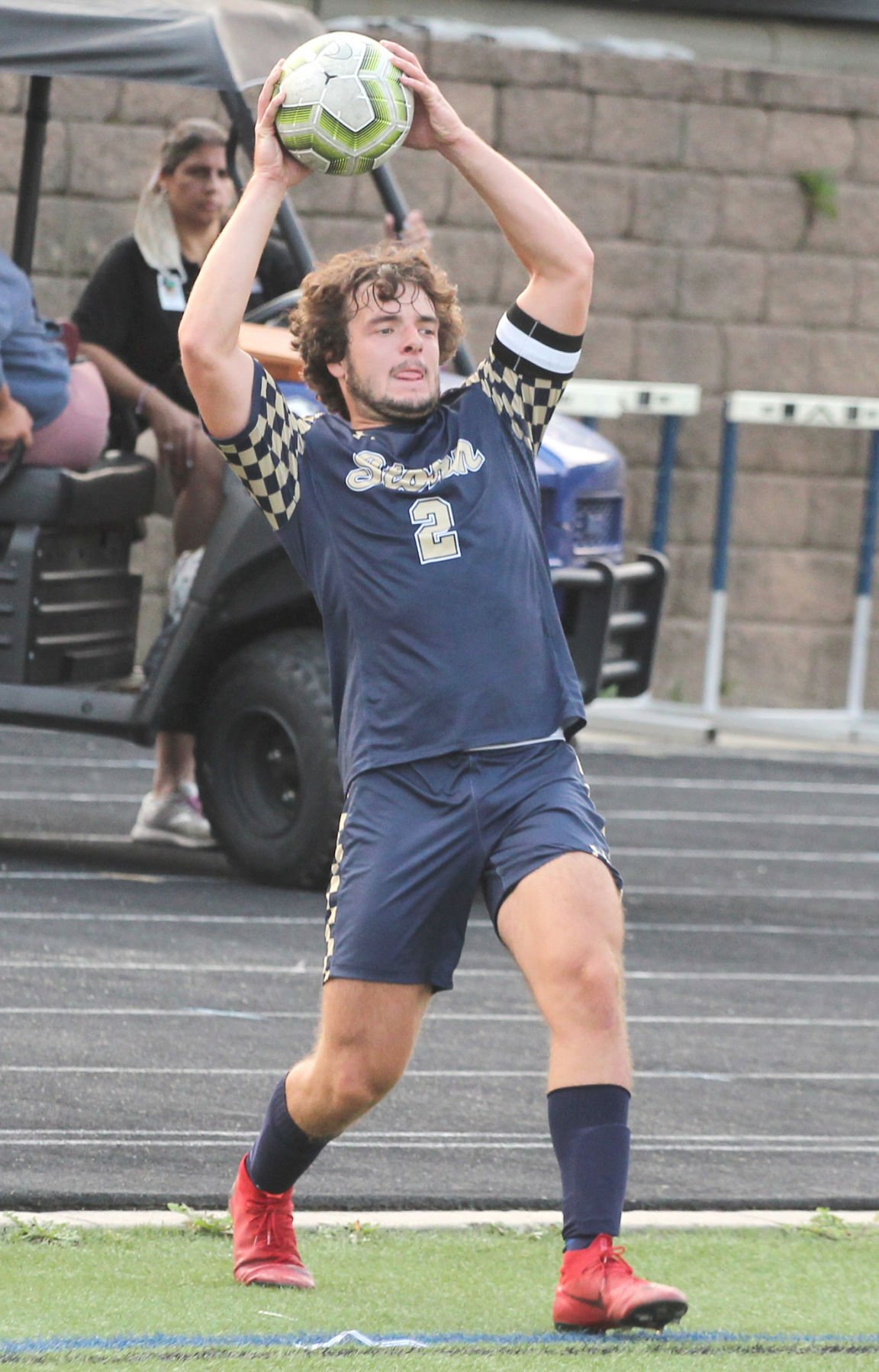 Senior captain Christian Lange with the long throw-in for Chanhassen in a 3-2 win over Robbinsdale Cooper.

Senior CJ Claggett leaps in the air after scoring a go-ahead goal for Chanhassen in a 3-2 win over Robbinsdale Cooper Sept. 15. Claggett scored twice in the contest on senior night.

Chanhassen's Mason Drazan gets behind the Robbinsdale Cooper defense, sliding ahead of the goaltender for a tying goal in the second half Sept. 15.

Senior captain Christian Lange with the long throw-in for Chanhassen in a 3-2 win over Robbinsdale Cooper.

The 2019 soccer season was a trying 14-game campaign for the Chanhassen boys team. Their two wins came in a one-week stretch in early September, a nine-match winless streak to end the season.

The Storm outscored 22-1 in the final stretch.

A trying season, but one players held their head high as they walked off the field for the last time after a 3-0 loss to top-seeded Edina in the 2019 post-season.

"It was disappointing throughout the whole season with the finishes we had, but ending the year with a game like the one we played against Edina, probably one of the best three teams in state, showed us the type of team we could be. We held them out for as long as we could. We showed a lot of fight and really boosted our confidence," Chanhassen's Christian Lange, a two-year captain, said.

Fast forward to 2020 and Chanhassen is reaping the benefits of last year's experience. With 13 seniors on the roster, naturally, they are more competitive. But, they bring along with them the fight shown last fall.

That was evident Sept. 15 in a come-from-behind win over Robbinsdale Cooper. Trailing by a goal at halftime, the Storm got second-half goals from Mason Drazan and CJ Claggett to register their third win of the season.

Chanhassen is now 3-1-1, surpassing both win totals and goal totals from 2019.

"We have a really strong senior class. A lot of us have played together it seems like forever. It's our time to get at it, our last year," said Claggett, who was honored along with classmates on senior night at halftime.

"This season we're connecting a lot better up top. We really lacked that connection from midfielders to our forwards last year. I really feel that chemistry from playing together for so many years really is showing in how we're playing and how we're scoring goals," Lange said.

For Claggett, on varsity since ninth grade, being on the field, healthy, among friends, is what he was hoping for as the summer progressed and it became clear the Minnesota State High School League would allow fall soccer.

Scoring twice, once in the first half, the eventual game-winner on a header off a corner kick from Aaron Dodge.

"I don't usually score so much. I'm more of a distributor in our offense, so to get on the scoresheet twice tonight felt pretty good," said Claggett, who leapt into the air after the ball hit the back of the net.

Having a second round of matches against Metro West Conference opponents, a first for soccer players this year, certainly will show adjustments made throughout the season.

Chanhassen beat Robbinsdale Cooper 4-0 in the season opener. That dominance led to some complacence early on as the Hawks jumped out to a 2-1 halftime lead.

"Winning like we did the first time isn't always good. You get confident, you got cocky, and you think you're a lot better than them and all of a sudden you're down a goal and you make it a lot harder on your self to win," Lange said.

The halftime chat featured a talk of more energy and sticking to the game plan for the second 40 minutes.

"We knew we could beat them. We knew we were stronger, we were more talented. We just needed to put it together and play better," Claggett said.

"We were sleeping in the first half. No matter who you're playing, you can't do that," Lange said.

Like the 2019 season was an experience, so was Tuesday's win. All learning points toward a continued successful season for the Storm.

Chanhassen is home against St. Louis Park at 5 p.m. on Thursday, Sept. 17.