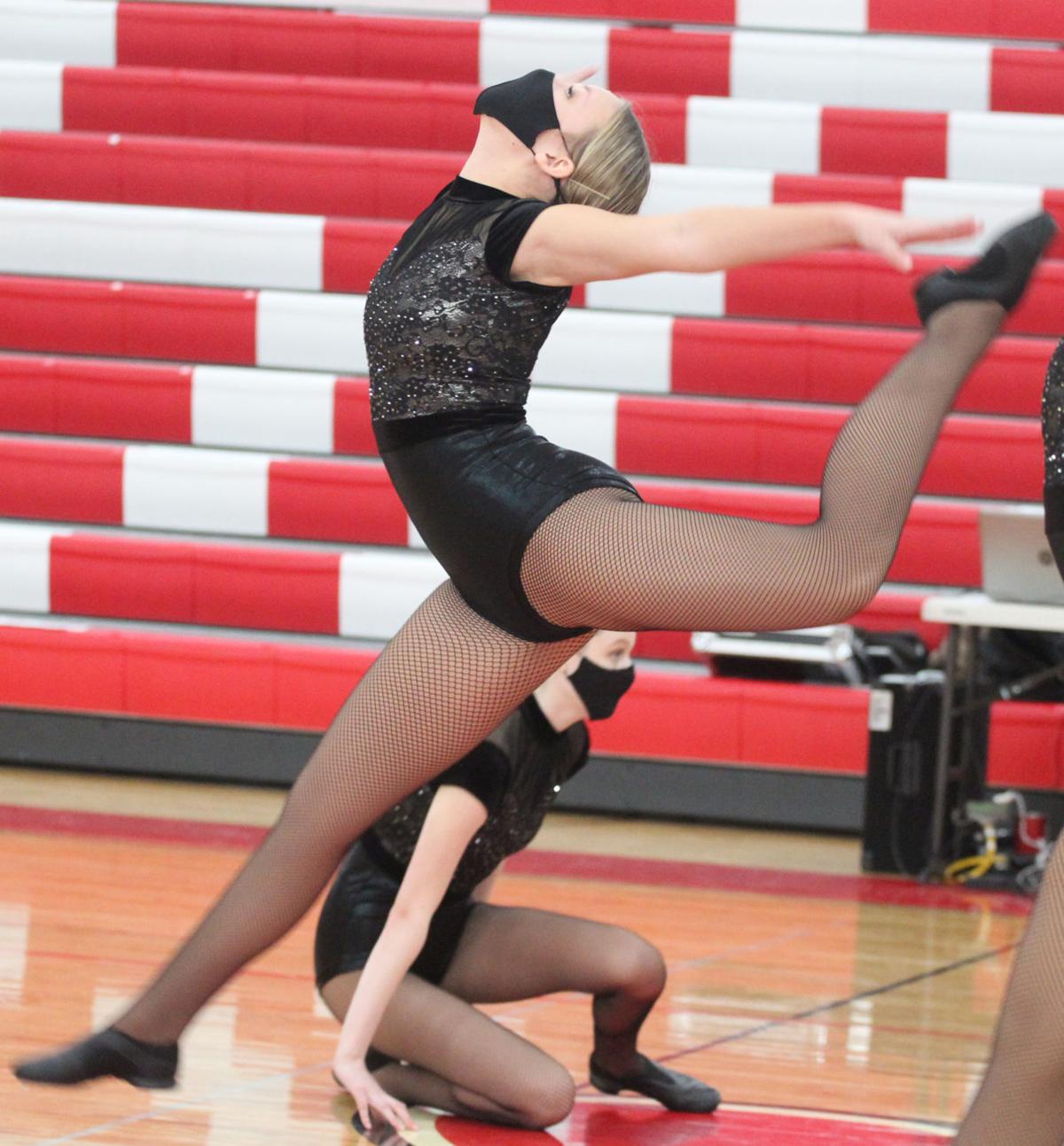 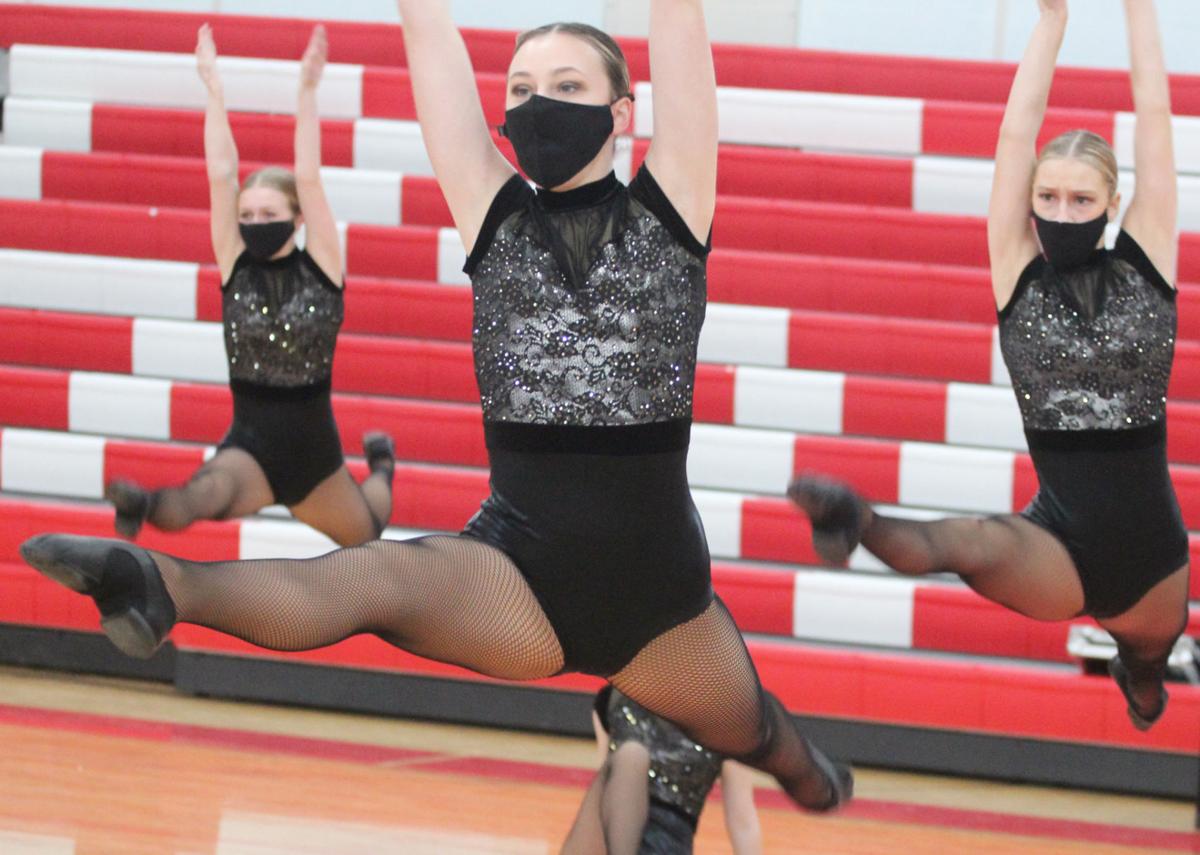 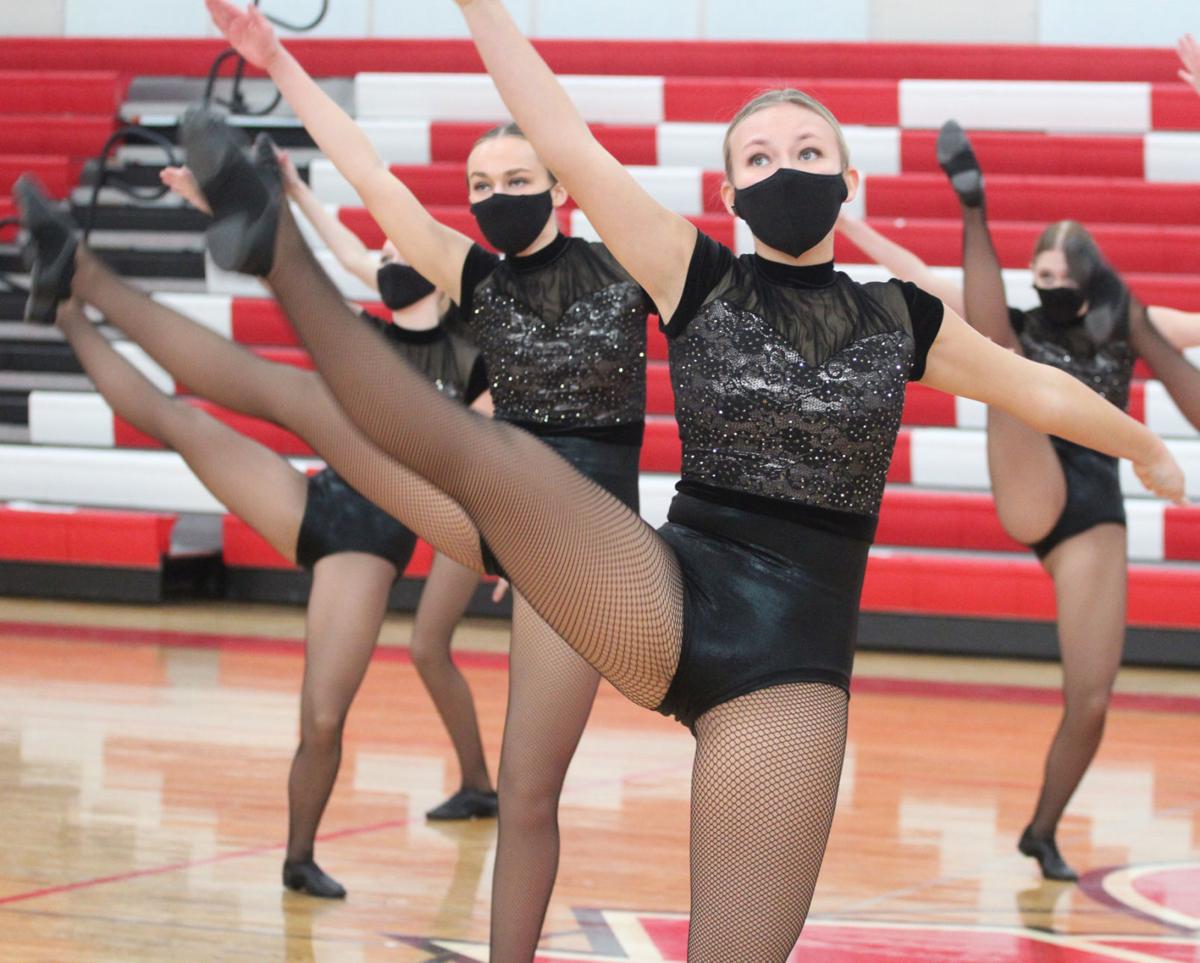 Chanhassen senior Jordan Lack and the Storm Dance Team competes at the Metro West Conference Championships on Feb. 6 at Benilde-St. Margaret. The Storm were third in both kick and jazz. 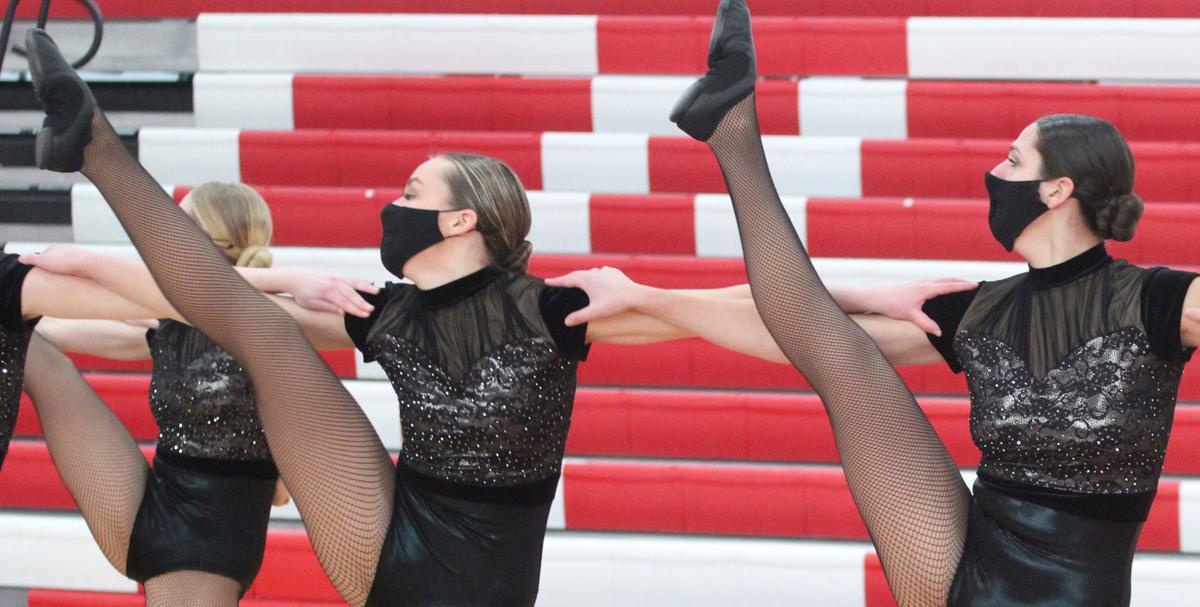 Chanhassen senior Jordan Lack and the Storm Dance Team competes at the Metro West Conference Championships on Feb. 6 at Benilde-St. Margaret. The Storm were third in both kick and jazz.

If learning a three-plus minute dance routine wasn't hard enough in-person, competition teams around the state of Minnesota navigated the task virtually. And then a second time for a second dance.

After two weeks of practice, the first set aside for choreography, Chanhassen's 2020-21 dance season went to Zoom for much of November and all of December.

Learning and teaching routines over Zoom was challenging, but we really worked together as a choreography committee, and overall team, to make sure that the dances were at their absolute best," Chanhassen senior Ashley Meas said.

The first competitions for the Storm, invitationals at Eastview and Wayzata were split into multiple pods. The Metro West Conference season began some eight weeks after a normal year.

But when the team hit the floor last month for the first time together, it was like old times, even if it looked and felt different.

"After not knowing whether or not we would be lucky enough to even get our dances on the floor for our senior year, as a class I think I speak for all of us when I say we have certainly been soaking up every moment we get together," Chanhassen's Emma Braaten said. "We talk before our performances about how we never know if one could be our last so it is important to compete like it could be. I know personally I have been trying to not take any practice for granted either. It is so nice to just get to be around my teammates again, in any condition, for my last season."

In a normal season, Chanhassen would have been preparing for the Section 2AAA Meet last week. Instead, it was the Metro West Conference Championships, the culmination of the league's three events.

By the time Chanhassen's kick squad hit the floor at Benilde-St. Margaret High School Feb. 6, two teams, Robbinsdale Cooper and Bloomington, were on the road already, having completed their routines.

Chaska dancers were stretching in another part of the school. Benilde-St. Margaret's team wasn't even in the building. Chanhassen fans weren't allowed in the gymnasium until it was their team's turn to compete. A complete cleaning and wiping down of bleachers and chairs occurred multiple times an hour.

Awards were communicated through email and texts. The Storm Dance team claiming third in both kick and jazz behind Chaska and Benilde-St. Margaret. Chanhassen had a judges' average of 74.4 in kick and 72 in jazz with three judges awarding them 75 or higher.

"The second I stepped back onto the competition floor I was filled with so much joy and pride for this team. Although we had masks on, and the audience couldn’t be as full as it would be in a normal year, it felt so good to be back," Chanhassen senior Courtney Hollis said. "Getting to compete gives us a sense of 'normal,' which is so special. I’m so glad we got to get on the floor this year and being with this group of girls made it so worth it."

For Hollis, Braaten and Meas, captains of the Storm, it is about enjoying every moment together.

"Whether it is a full run at practice, or walking onto the competition floor I feel so lucky to be doing it. You never knew how much longer you have left, or if sports would get shut down again, so it is super important to me to make each moment count. All the laughs and memories made are something I will cherish most," Hollis said.

"Every time I walk onto the gym floor, I treat it as though it were my last. Living in these uncertain times with COVID-19, and on top of that being my senior year, I have learned to practice mindfulness," Meas said. "For instance, at the end of both my dances I soak up every second I had next to my teammates, and of course watching all of my coaches jumping up and down in complete exuberance at the tables right in front of me."

ADJUSTING ON THE FLY

While there is plenty of happiness around the team, adjusting to everything new was a challenge for some time.

Learning to compete at a high level with a mask covering the nose and mouth. Not having the energy of a full gymnasium to get behind. Showcasing routine effectiveness with facial expressions covered.

"Wearing masks is certainly a struggle while playing any sport, but wearing them during dance is a struggle from a different aspect. On top of the added cardio endurance, we are all so used to utilizing our facial expressions in order to tell a story with our dances and wearing masks has definitely put a damper on that," Braaten said. "On the bright side, it has helped us improve on portraying the emotions of the dances using quality of movement and stylization instead. I think next year, dancers won’t need to be reminded to use facial expressions as often, because they’ll be happy they get the chance to again."

"Wearing masks this year while dancing was a super different experience for sure. Facials is a big part of the dance so at first it felt weird; I would always catch myself at practice doing facials under my mask," Hollis said. "What was so great about it though, was that it really helped us express emotions not just through our face, but through our movements. We definitely learned a lot through it and changed as dancers."

Chanhassen will compete in the Edina Invite on Saturday with sections returning to the Hornets' home gym on Feb. 27. A state meet has been announced for March back at Edina High School instead of the Target Center.

However it ends, the senior captains agree, they want to say thank you to everyone that made it happen.

"Even though my senior year isn't what I thought it would be, I am extremely grateful we got to compete and put all the dances on the floor this season," Meas said.