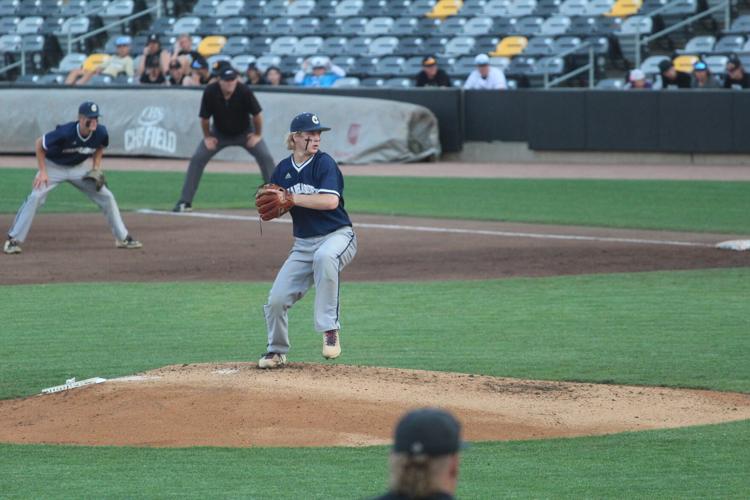 Junior Josh Och was dominant again in the postseason, this time pitching a no-hitter against Andover in a 14-0 win June 14 in the Class 4A state quarterfinals. 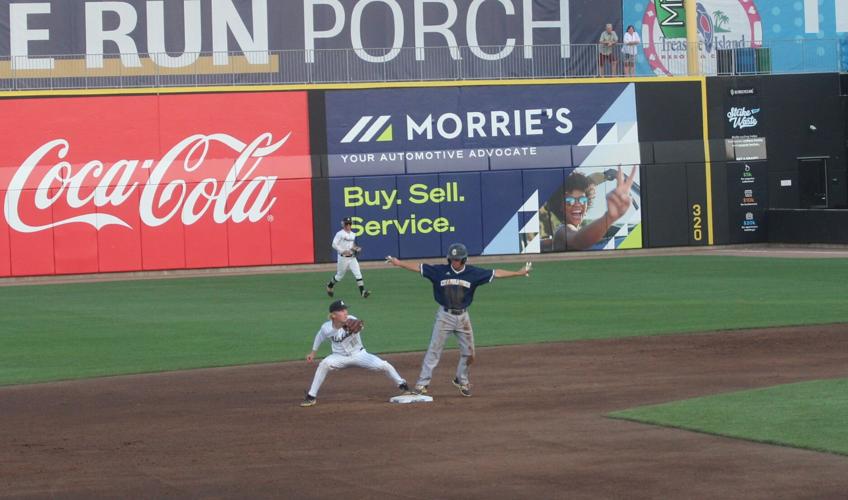 Senior Brody Pinkerton safely slides into second during a 14-0 win over Andover June 14 in the Class 4A state tournament. 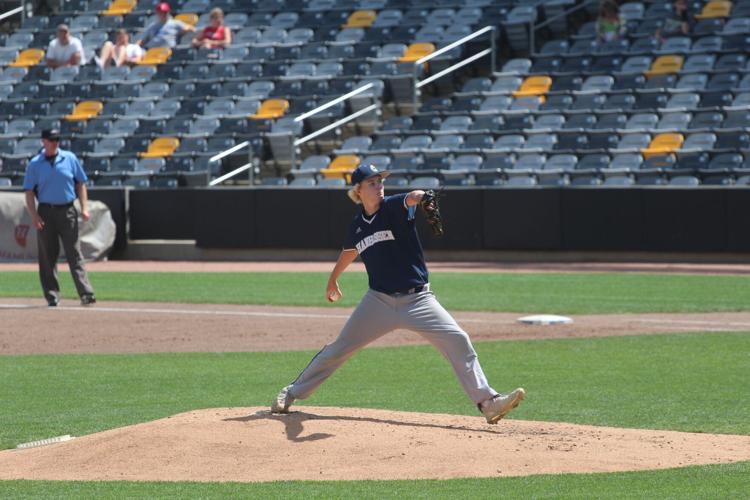 Junior Sam Marek delivers a pitch in a 5-3 loss to Stillwater June 16 in the Class 4A state semifinals.

Junior Josh Och was dominant again in the postseason, this time pitching a no-hitter against Andover in a 14-0 win June 14 in the Class 4A state quarterfinals.

Senior Brody Pinkerton safely slides into second during a 14-0 win over Andover June 14 in the Class 4A state tournament.

Junior Sam Marek delivers a pitch in a 5-3 loss to Stillwater June 16 in the Class 4A state semifinals.

Chanhassen’s underdog run during the postseason came to an end June 17, but not before the team earned some hardware.

The Storm finished third in the Class 4A state tournament, beating Maple Grove 6-3 in the third place game after falling 5-3 to Stillwater in the state semifinal round earlier in the day.

Chanhassen advanced to the semifinals after beating Andover 14-0 in six innings in the first round of the state tournament. Coming off a 12-strikeout performance in the section 2AAAA championship against Shakopee, junior Josh Och threw a no-hitter against the Huskies to help lead the Storm to the win. Och struck out eight and walked four.

The Storm jumped out to an early lead due to two walks and wild pitches by Andover pitcher Josh Novak coupled with aggressive base running. After three innings, Chanhassen led 3-0 despite recording zero hits.

Chanhassen’s offense came alive in the latter half of the game, recording 12 hits and scoring in the next three innings. Because of a seven-run sixth inning and a lead of 10 or more runs, the Storm were able to end the game an inning early.

Junior Carson Pollman led the way for the Storm at the plate, finishing with three runs batted in on two hits against the Huskies. Seniors Blake Eiden and Josh Costello and junior Mason Lang each had two hits and drove in one run.

In the semifinals, Chanhassen looked to pull an upset against Stillwater, the No. 2 team in the May 20 state rankings. The Storm got off to a similar start as they did against Andover, with pitcher Sam Marek and the Storm infield shutting down the Ponies in the first half of the game. Savvy base running and walks and errors by Stillwater led to Chanhassen taking an early 1-0 lead.

The Ponies got to Marek in the fifth inning, however, with some clutch two-out hitting to take a 2-1 lead. Senior Josh Costello came in to relieve Marek, but Stillwater ended the inning with two more runs and a 4-1 lead. The Storm tried to rally with two runs in the sixth inning, but ultimately fell short.

With the loss, the Storm spent the day at CHS Field and stuck around to take on the Crimson, the No. 3 ranked team in the May 20 state rankings. Chanhassen jumped out to a 2-0 lead over Maple Grove in the fourth inning, but needed to make up ground the following inning down 3-2. Senior Blake Eiden drove in senior Josh Kirchoff and Och after the two executed a double steal. The Storm would not look back after that and ended their season on a high note.

The Storm finished the season with an 18-10 overall record and only two losses in the postseason. Chanhassen graduates 12 seniors, but will have nine players returning from the varsity roster.