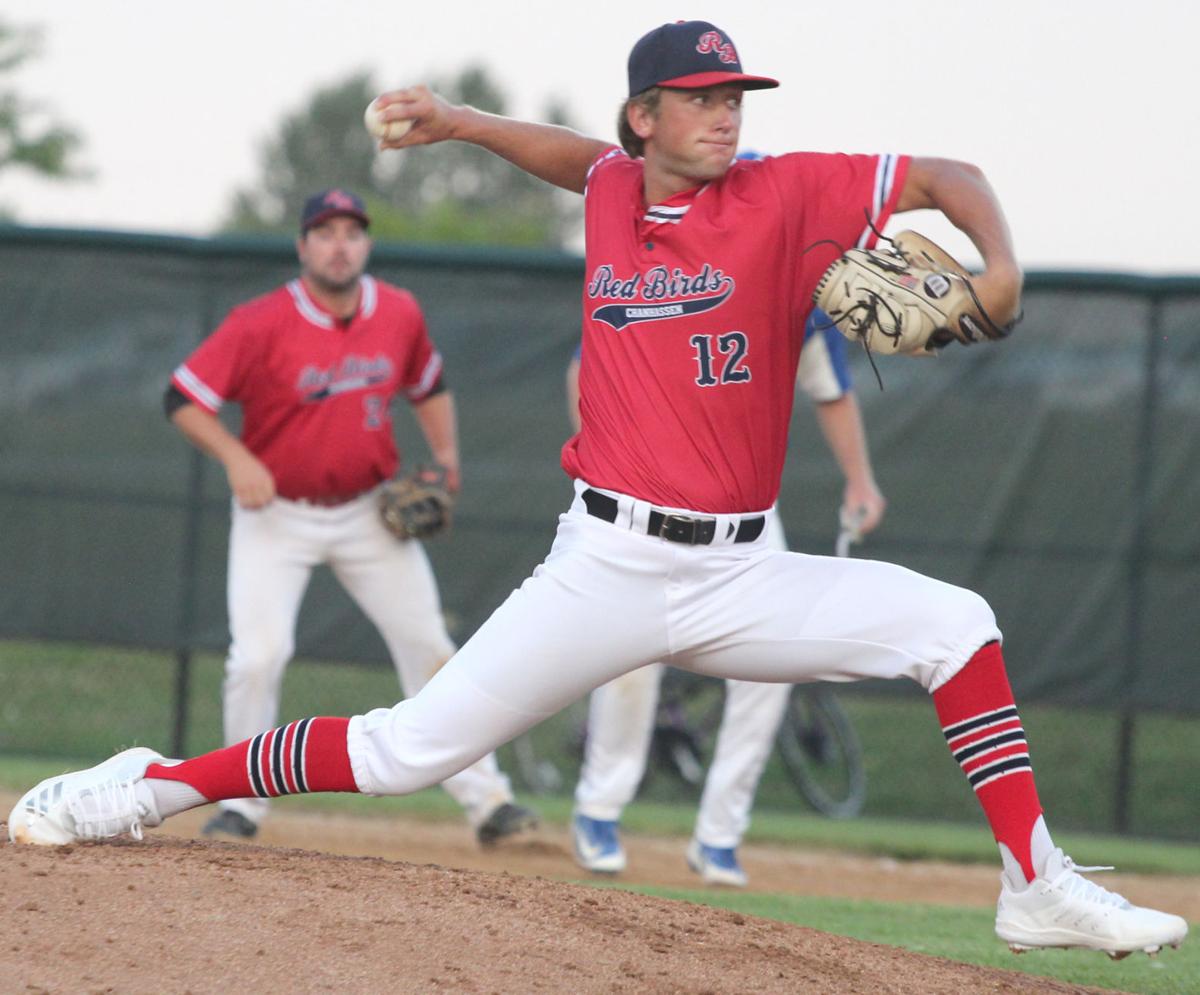 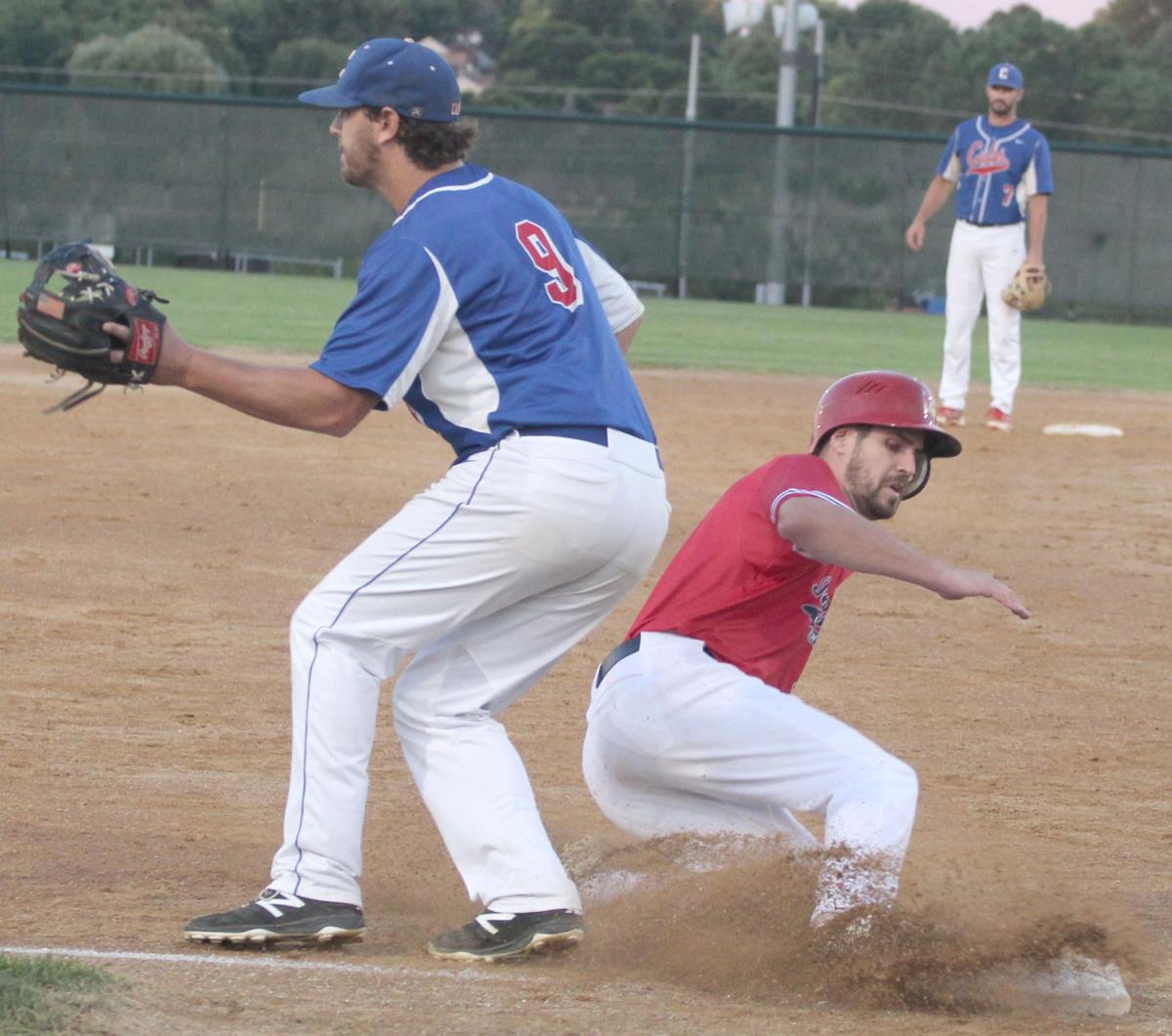 Michael Jurgella slides safely into third base, advancing from first base on a Zach Hoffman single to left-center in an eight-run fifth inning in Chanhassen's 9-0 win over Chaska.

Michael Jurgella slides safely into third base, advancing from first base on a Zach Hoffman single to left-center in an eight-run fifth inning in Chanhassen's 9-0 win over Chaska.

Facing a line-up as talented and deep as Chanhassen, giving extra outs is not ideal.

A 1-0 lead over visiting Chaska, the run scoring on an errant throw, the Red Birds took advantage of two more Cubs miscues on infield ground balls, scoring eight runs in the fifth inning in a 9-0 home win July 29.

Tommy Thompson, after walking the bases loaded in the first inning, allowed just a one-out double in the fifth inning to Chaska's Riley Swenson over seven scoreless innings for the Red Birds.

Thompson, who needed to stay loose twice in the bullpen in the eight-run fifth inning, struck out five batters before giving way to Brandt Thompson, who also had four strikeouts in two innings.

Chaska, at 6-4 in league play, is the No. 3 seed and will host either Burnsville, Eagan or Shakopee at Athletic Park on Sunday, Aug. 2.

John Straka will start for the Red Birds, which also beat Excelsior 8-1 on July 28 on three-RBI games from Ryan Diers and Ben Livorsi.

Blake Tritch, Diers and Nick Smith combined for 15 strikeouts in the four-hitter.