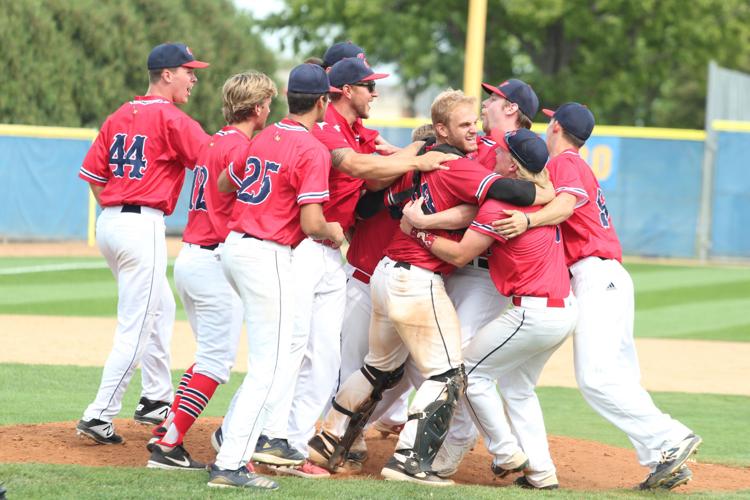 The Chanhassen Red Birds celebrate after a state championship win. 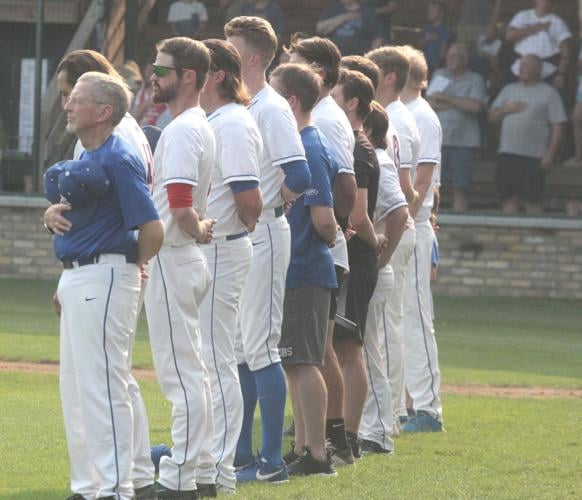 Scorekeeper Les Dahlberg and Chaska Cubs players stand for the national anthem at home game versus Chanhassen in 2021.

The Chanhassen Red Birds celebrate after a state championship win.

Scorekeeper Les Dahlberg and Chaska Cubs players stand for the national anthem at home game versus Chanhassen in 2021.

Town baseball is just one of the many signs of the start of summer, and the Chaska Cubs and Chanhassen Red Birds recently kicked off their 2022 seasons.

The two teams saw different results in their season openers, with the Cubs falling 8-3 to the Minneapolis Angels May 5 and the Red Birds beating Baseball 365 5-2 on May 7.

The Cubs went 2-1 in their most recent games, winning with their bats 12-11 against the Minneapolis Cobras May 11 and 11-10 against the St. Peter Saints May 15 in their first road game of the season. Chaska fell 6-1 to the Delano Athletics May 13.

The Redbirds moved to 2-0, defeating the TC Saints 10-7, scoring five runs in the bottom of the eighth to come away with the victory.

Filling out the lineup is always interesting for town baseball teams at the beginning of the season, with high school and college players still finishing up their seasons. But once the players come back, Red Birds manager and player Brandon Arnold said it becomes more than just nine innings on the diamond.

“Because a lot of our guys played college baseball, it’s almost like a mini reunion every summer and game,” Arnold said. “A lot of the guys we have on the roster are in and out of the lineup; it’s not the most consistent during the year. But we’ve got a good group 1-25 that we feel can be competitive no matter which nine are playing that night.”

Arnold has played for over half a decade with the Red Birds after coming over from the Victoria Vics. In that span, Chanhassen has won the last four Class B State championships.

“It would be cool to get another championship, so we want to compete and make the state tournament,” Arnold said. “But playing town baseball is about being able to continue to play the sport of baseball. It’s about being around a good group of guys off the field and playing a sport we’ve played for years.”

One of the highlights of the season for Arnold and the Red Birds is an annual tournament Chanhassen hosts in the middle of the summer. Eagan, Moorhead and Cold Spring are the three teams who will be traveling to Chanhassen July 15 and 16 for a four-team round robin.

“We love having community members come out to the ballpark. People get to watch pretty good baseball. Love seeing the community and youth come out to make a great atmosphere,” Arnold said.

Cubs President Bob Roepke believes town baseball has two main purposes throughout the summer: put a quality product on the field for the fans so they can support amateur baseball, and provide a gathering place for the community.

Roepke remembers growing up in Chaska in the 1950s and walking to games with his friends, listening to the roar of the crowd on the way over. He said the Cubs would get several people obsessed with baseball without a professional team in the state, and Roepke wants to continue that tradition.

“Our ultimate goal is to make sure this is still a place for the community to come together,” Roepke said. “There’s a lot of history here, so we’re just trying to preserve it.”

Besides the play on the field, some of the highlights of Cubs games include grabbing a hamburger from the concession stands or heading over to the beer garden the organization sets up along the fence. The Cubs also expect about 300 members of their Dugout Club this summer.

“The relationships the fans and players create are really great and everyone has a lot of fun with it,” Roepke said.

Chaska will host the Delano Athletics in their Lead Off party May 13 at 7:30 p.m. at Athletic Park. Chanhassen will look to notch its second win of the season, playing host to Rosetown on May 22 at 4 p.m. at Storm/Red Bird Stadium.

The Cubs went 2-1 in their most recent games, winning with their bats 12-11 against the Minneapolis Cobras May 11 and 11-10 against the St. Peter Saints May 15 in their first road game of the season. Chaska fell 6-1 to the Delano Athletics May 13. The Redbirds moved to 2-0, defeating the TC Saints 10-7, scoring five runs in the bottom of the eighth to come away with the victory.