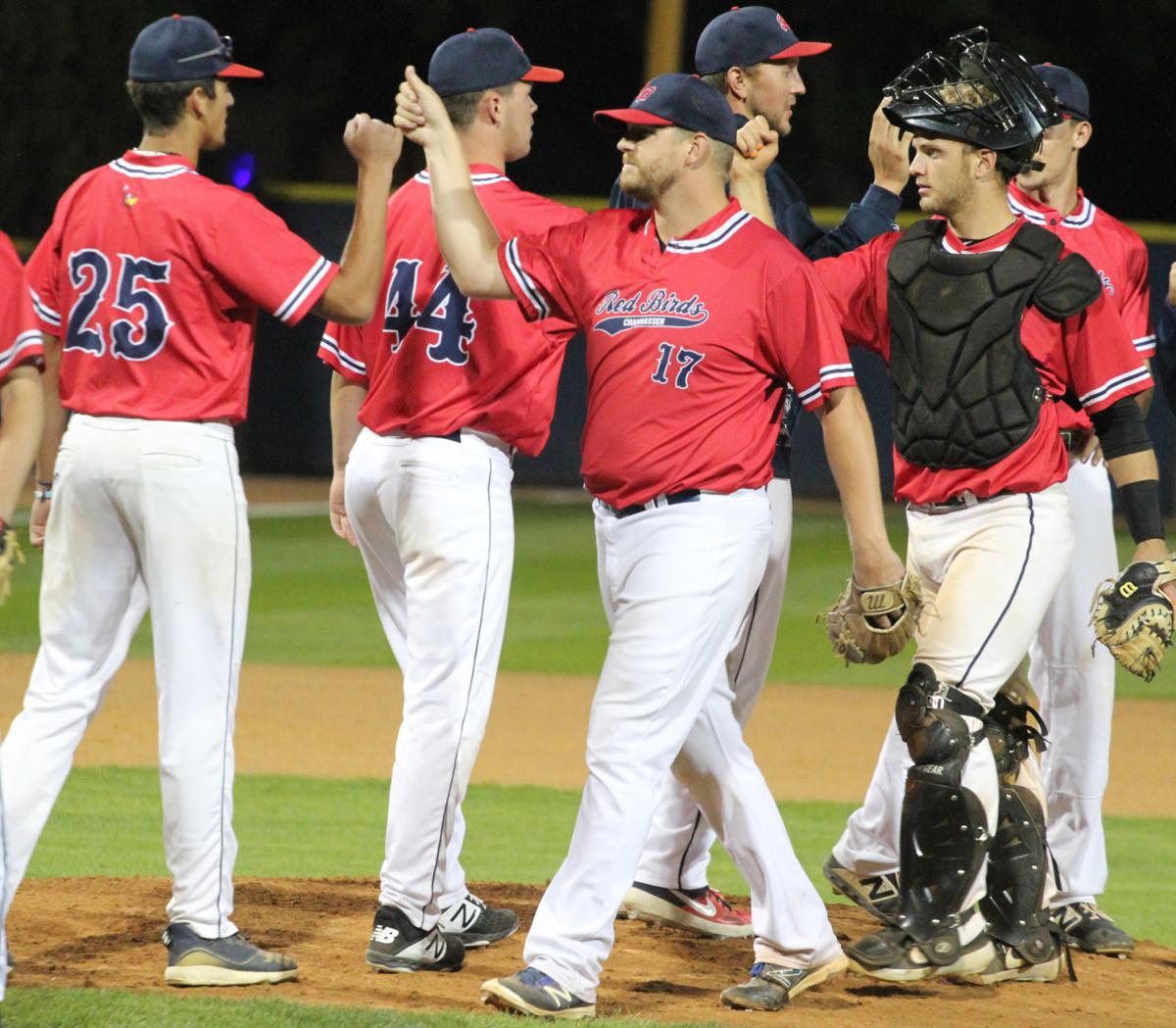 John Straka struck out eight batters in a complete-game win for Chanhassen over Moorhead to advance to the Class B State Amateur Baseball Tournament championship. 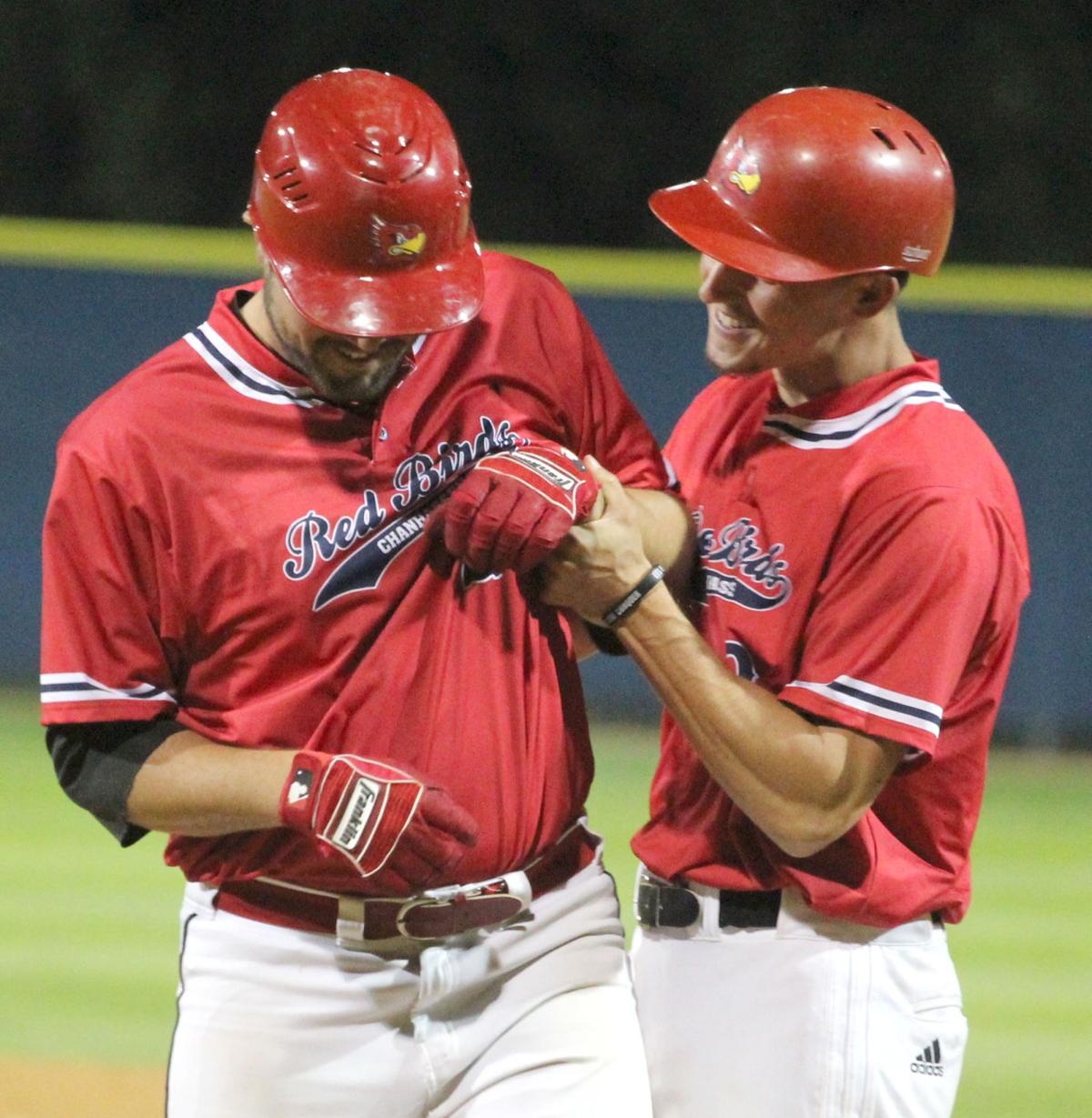 Zach Hoffmann delivers his second RBI of the game, a 4-1 lead for Chanhassen, in a victory over Moorhead Sept. 4. Also pictured is Justin Arnold.

John Straka struck out eight batters in a complete-game win for Chanhassen over Moorhead to advance to the Class B State Amateur Baseball Tournament championship.

Zach Hoffmann delivers his second RBI of the game, a 4-1 lead for Chanhassen, in a victory over Moorhead Sept. 4. Also pictured is Justin Arnold.

Chanhassen playing on the last day of the summer baseball season. A tradition that started in 2017 and has continued to the present.

State champions in 2018 and 2019, the Red Birds, winners of 22 straight games, are one win away from a three-peat after beating Moorhead 4-2 in the winners bracket final on Sept. 4 at Schleper Stadium in Shakopee.

Chanhassen will play in the championship at 1 p.m. on Sunday, Sept. 6. If the Red Birds lose, a second game would follow 30 minutes after.

The Red Birds' opponent is Moorhead, which beat Cold Spring 4-3 on Saturday.

John Straka improved to 3-0 in the state tournament, striking out eight batters in a complete-game effort against Moorhead.

After surrendering four hits and a run on a Brandt Kolpack RBI-single in the opening two hits, Straka held the Brewers to one hit and two walks the rest of the way.

Moorhead scored a run in the ninth inning on a Kolpack run-scoring hit with the tying run reaching base on a hit-by-pitch. Straka got a called third strike of pinch hitter Grant Wehseler for the final out.

Red Birds back to title game for fourth consecutive season (won in '18, '19)

Chanhassen took the lead for good in the third inning, scoring twice after Nick Smith reached on a bunt single and an error allowed allowed Brandon Arnold on base. A Zach Hoffmann sacrifice fly and double steal produced the 2-1 lead.

A key insurance run in the eighth inning on an Arnold single, Michael Jurgella walk and Hoffmann RBI-single increased the lead to 4-1.

Moorhead will meet the winner of Cold Spring and Miesville at 4 p.m. on Saturday, Sept. 5. The first game of the day is scheduled for 1 p.m.