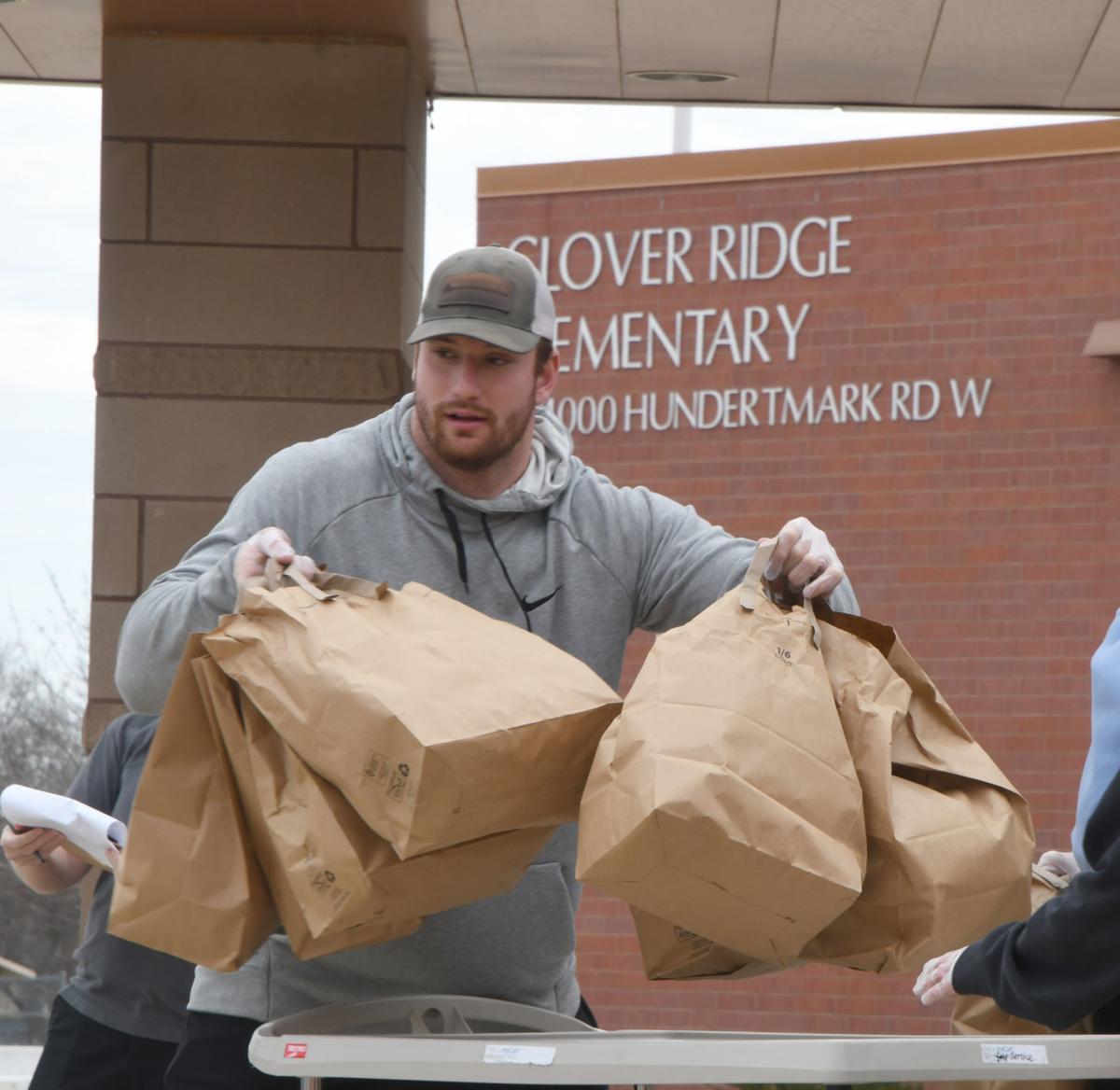 Detroit Lion center and Victoria native Frank Ragnow hands out lunches at Clover Ridge Elementary on Wednesday. He has donated $30,000 to help those in need during the COVID-19 pandemic, including $3,000 to feed local students. 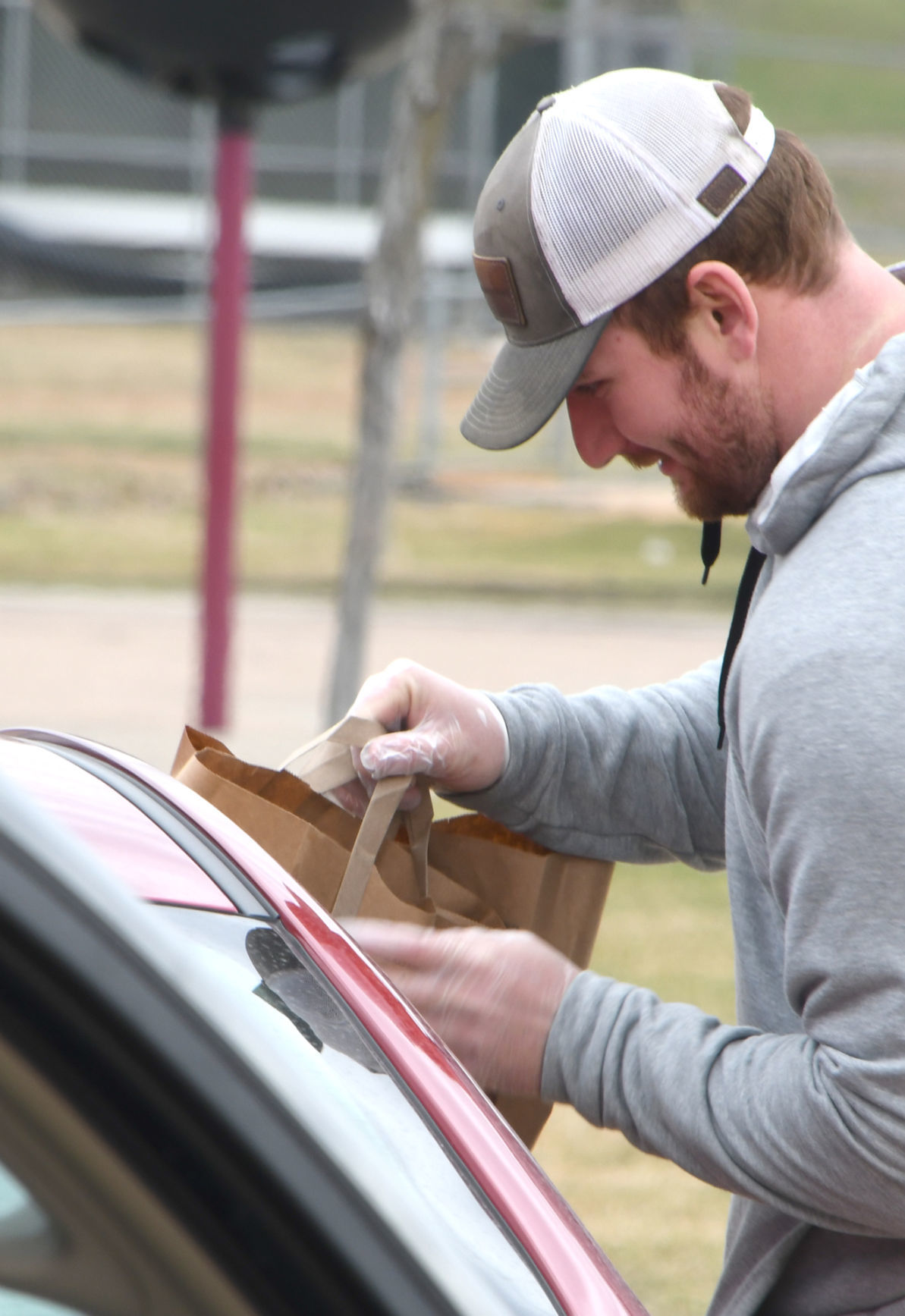 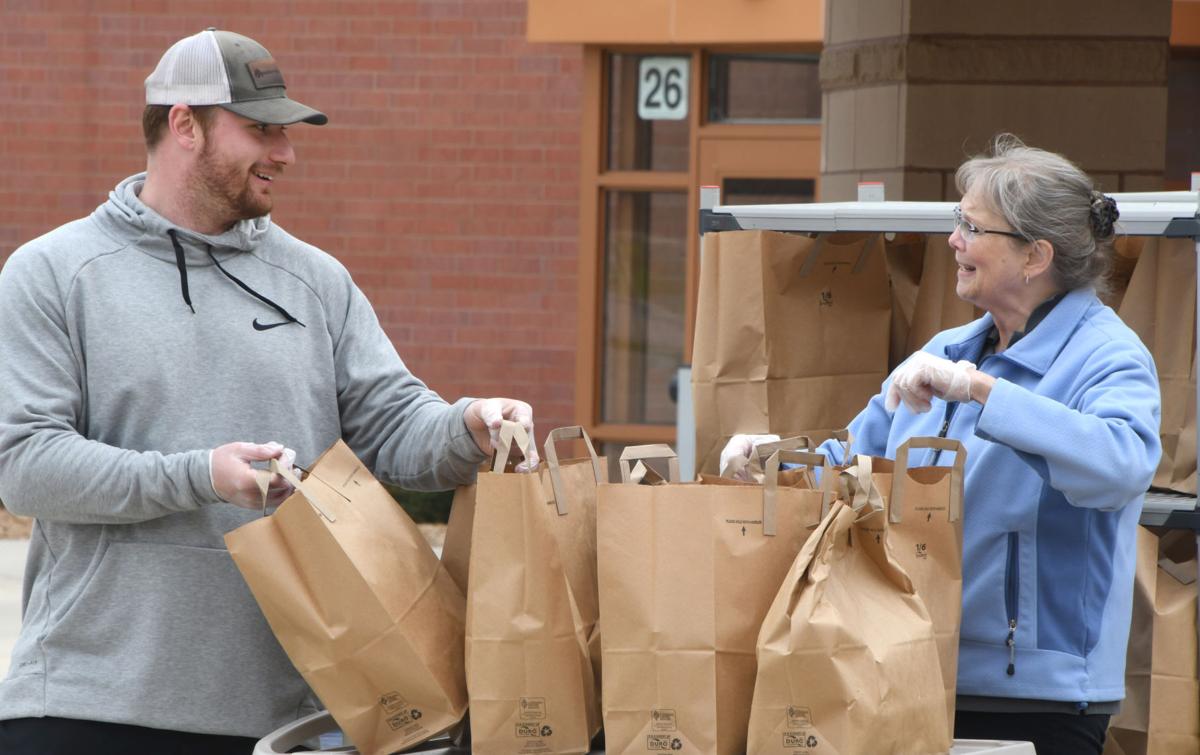 Detroit Lion center and Victoria native Frank Ragnow hands out lunches at Clover Ridge Elementary on Wednesday. He has donated $30,000 to help those in need during the COVID-19 pandemic, including $3,000 to feed local students.

Frank Ragnow has never forgot where he came from. The community he grew up in. The people that helped him get to where he is now, a third-year National Football League starting center for the Detroit Lions.

It is why Ragnow chose two years ago to wait for the call from the NFL Draft surrounded by those closest to him in his family's living room.

It is why when Chanhassen High School Athletic Director Cullen Bahn reached out to Ragnow to ask him to be a part of his Storm Strong message on Twitter, he didn't think twice.

"Keep up the schoolwork, keep up the positive Storm attitude everyday. This quarantine doesn't have to slow you down," Ragnow's message said.

Taking a page from a number of athletes across the NFL, Ragnow decided to donate $30,000 to help those in need during the COVID-19 pandemic.

In Arkansas, where he went to college, Ragnow made $5,000 donations to the Northwest Arkansas Food Bank and the University of Arkansas’ Full Circle Food Pantry.

In Minnesota, he donated $7,000 to the PRISM Marketplace Food Shelf, a nonprofit group that helps homeless and hungry families in Minneapolis and St. Paul. Additionally, he is supporting the Angel Fund in Eastern Carver County Schools, donating $3,000 to support meals to students distributed Mondays and Wednesdays at Clover Ridge Elementary and Riverview Terrace.

"Minnesota, where I grew up, which raised me, my home forever. Arkansas, completely shaped me. A lot happened right there. Took me under their wing when I lived through some tough times and some great times. And Michigan, Detroit, a place that’s completely embraced me and did nothing but support me," said Ragnow to Detroit Free Press' Dave Birkett. "Three amazing communities that have completely impacted me in a way that I don’t think I’ll ever be able to express and be able to give back how I feel they’ve impacted me, so I just thought the least I could do is help people out."

On Wednesday, April 8, Ragnow was outside Clover Ridge Elementary in Chaska to hand out meals to families and students from throughout District 112.

ECCS is providing more than 3,000 lunches and snacks each week to students in the community. Meal prep is being done out of Clover Ridge Elementary and Carver Elementary with delivery to families upon request in partnership with transportation.

Enjoyed catching up with @KNARFWONGAR about bananagrams, fishing and dog walking in self isolation, as well as hearing more about his generous $30,000 contribution to communities in Michigan, Minnesota and Arkansas during this crisis ⬇️ pic.twitter.com/9RZaFZfD3A

"My mom (Marty) works in the school district. She talked about kids not being in school affects them getting lunches. Hearing how these food shelves and all of these communities are needing anything they can. Thinking of myself, an offensive lineman, I eat so much. It's crazy to imagine being in that situation where you're going meal-to-meal, wondering if you're going to get that next meal," Ragnow said in a video call to Tori Petry, multimedia journalist for the Detroit Lions.

Need some good news in your life? Read our roundup

In times like these, a little good news can go a long way.