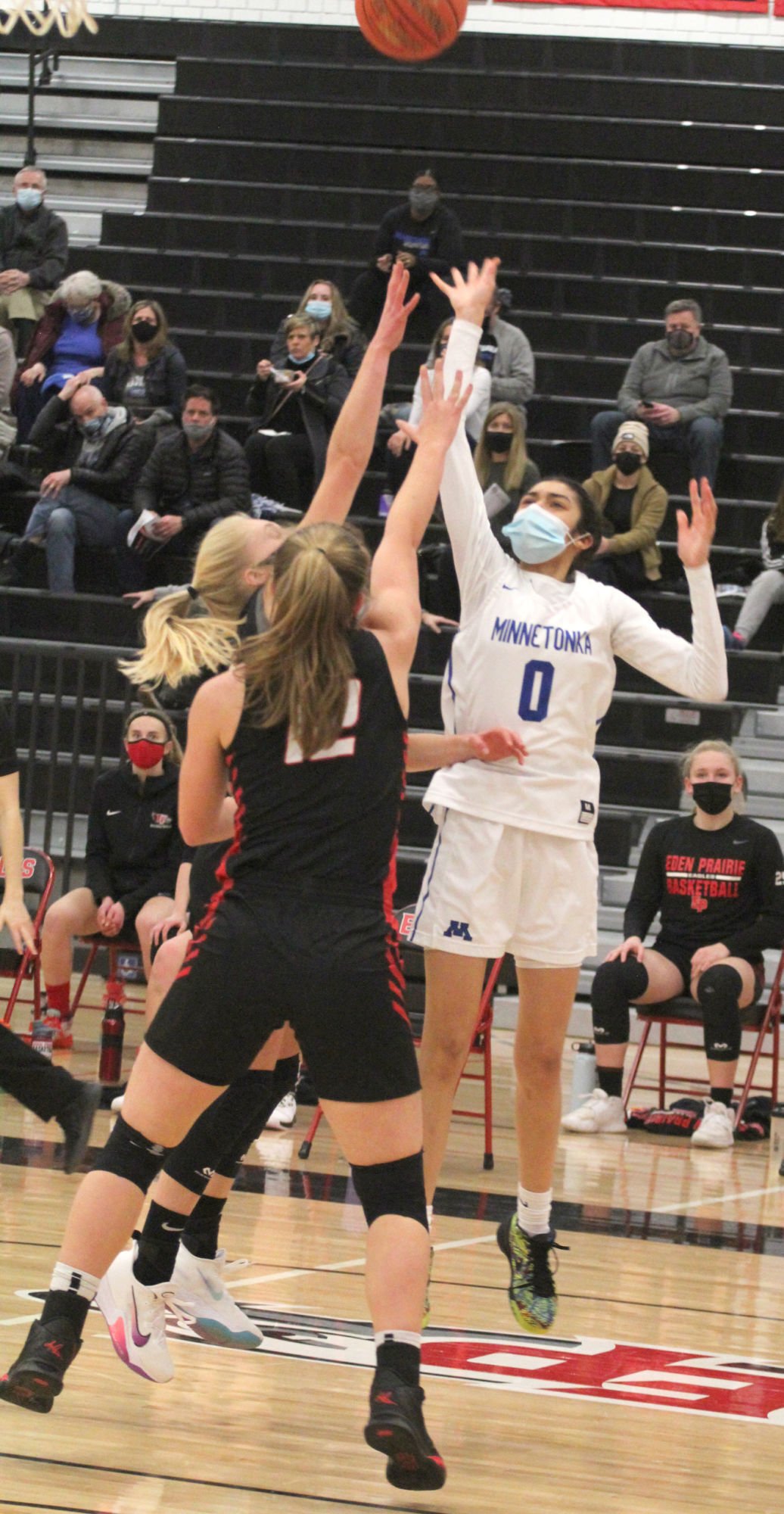 Minnetonka junior Ki’ani Lockett throws a running floater toward the hoop in a 62-55 win at Eden Prairie on Jan. 29. Lockett netted a game-high 24 points. 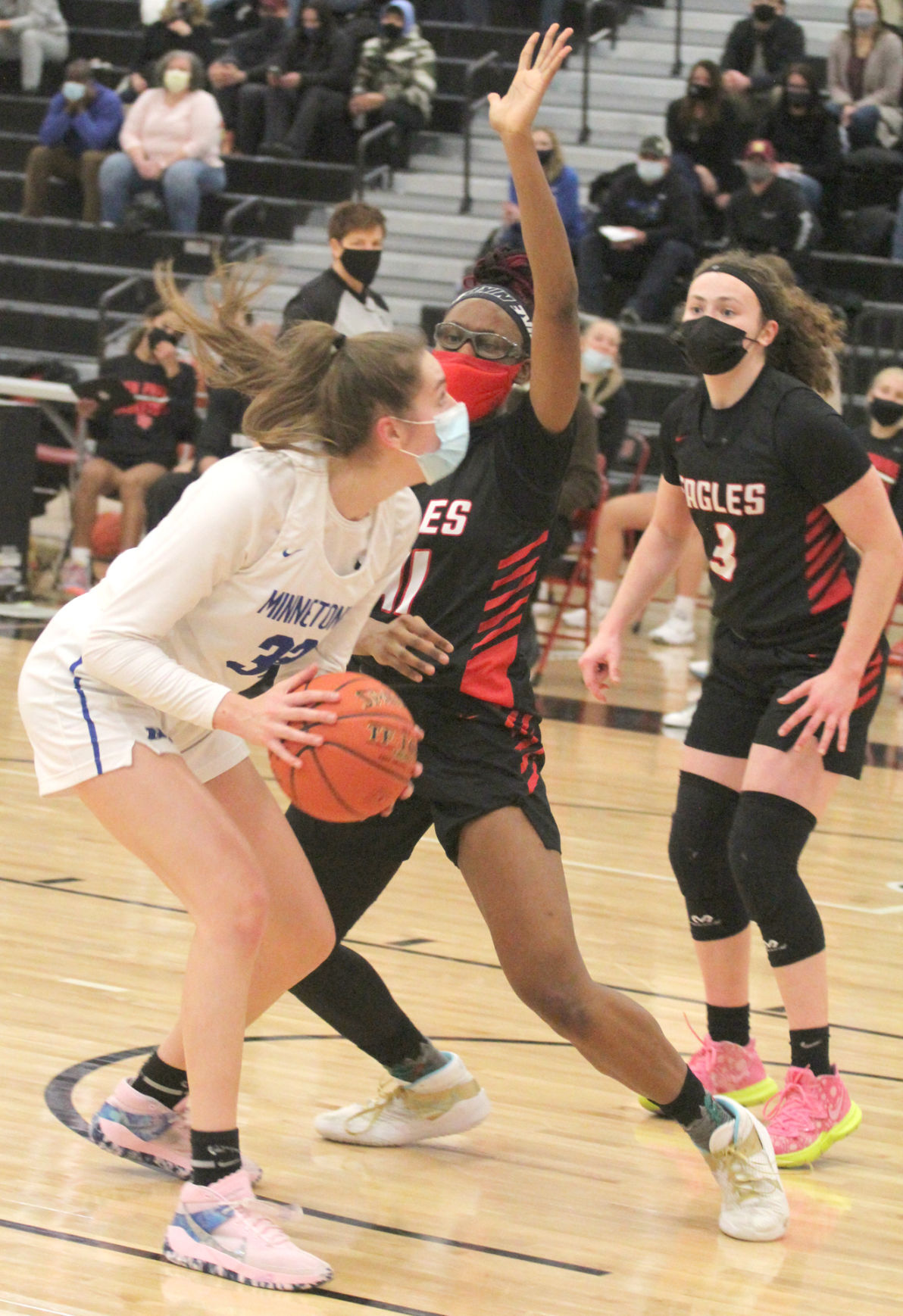 Minnetonka's Sophie Haydon looks for room in the post with Eden Prairie defender Nia Holloway getting in the way. 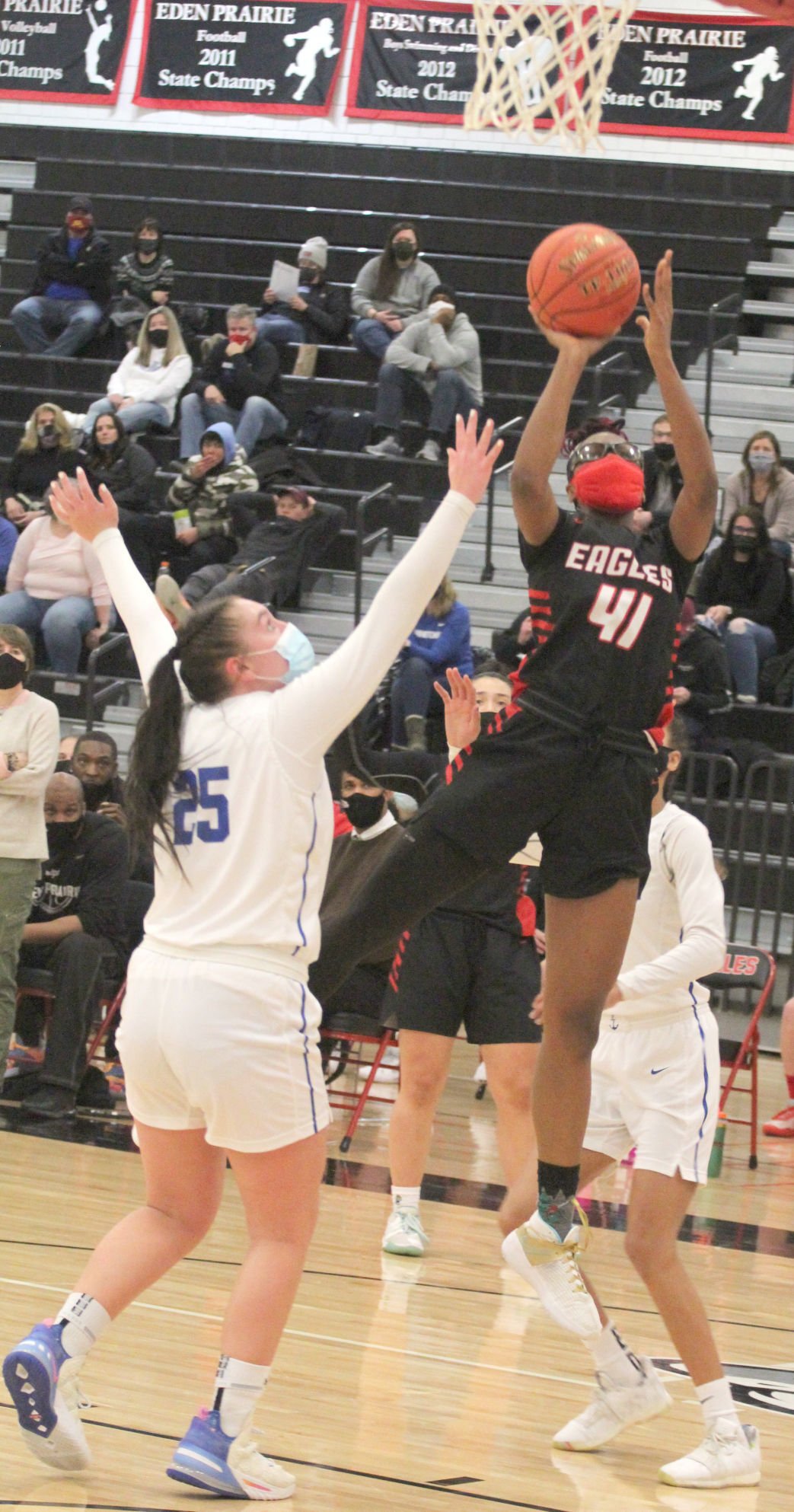 Eden Prairie's Nia Holloway, a University of Minnesota commit, rises up for two of her 11 points in a 62-55 loss to Minnetonka. 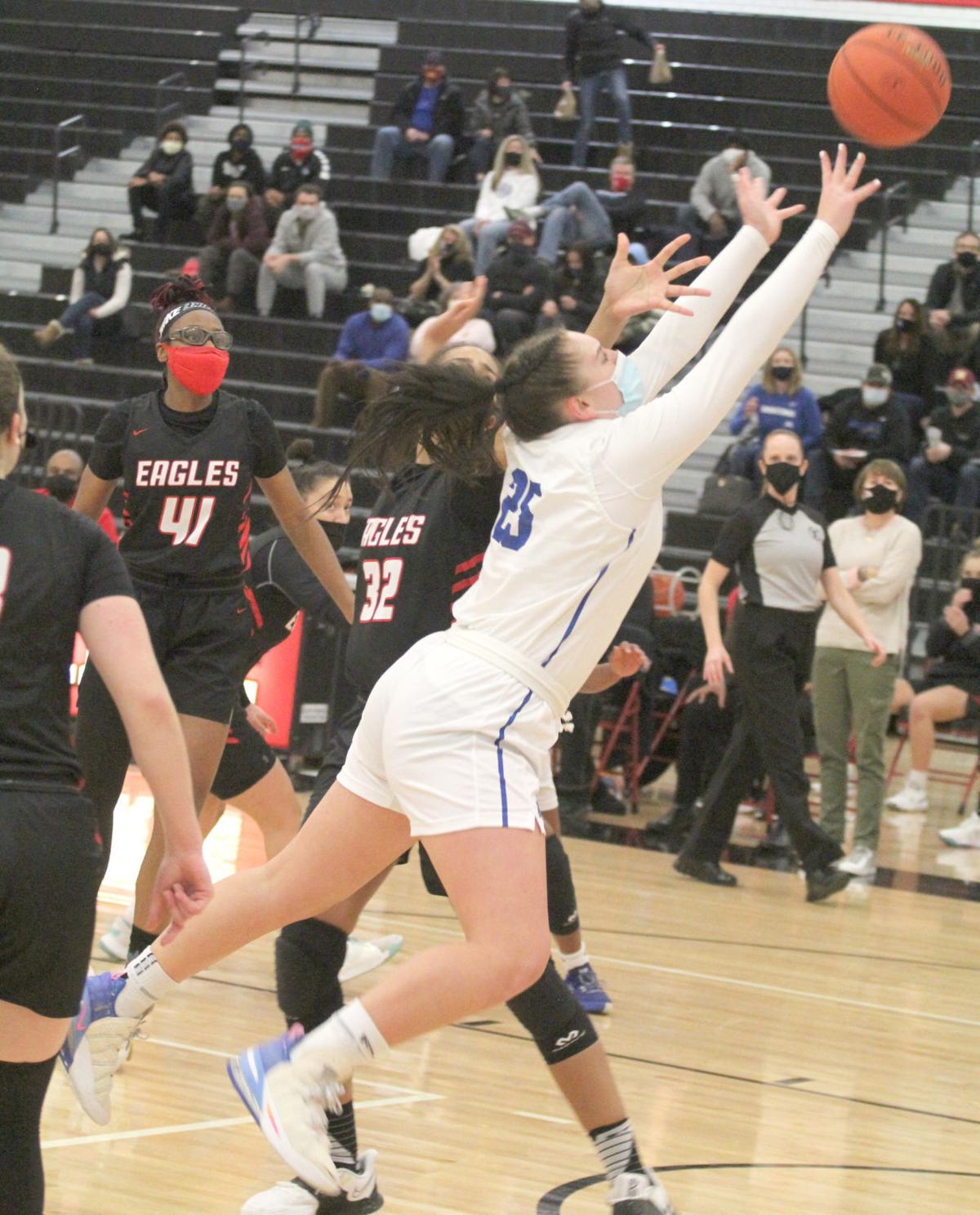 Emma Dasovich draws a foul on Eden Prairie's Savanna Jones in the first half of Minnetonka's 62-55 win Jan. 29.

Minnetonka junior Ki’ani Lockett throws a running floater toward the hoop in a 62-55 win at Eden Prairie on Jan. 29. Lockett netted a game-high 24 points.

Minnetonka's Sophie Haydon looks for room in the post with Eden Prairie defender Nia Holloway getting in the way.

Eden Prairie's Nia Holloway, a University of Minnesota commit, rises up for two of her 11 points in a 62-55 loss to Minnetonka.

Emma Dasovich draws a foul on Eden Prairie's Savanna Jones in the first half of Minnetonka's 62-55 win Jan. 29.

Minnetonka sat in the locker room at Hopkins High School with a 13-point halftime lead over a Royals team that entered play Jan. 26 with 65 consecutive wins.

"We kept saying they're going to make a run, they're going to come out with heavier pressure, and I think we ended up saying it too much. We made ourselves flustered. That game was ours. It should have been ours, but in the end it was our mistakes that allowed them to beat us," Haydon, a senior captain, said.

Hopkins rallied, winning 63-62, extending the win streak to 66 games. Minnetonka, meanwhile, had another top-10 team in Eden Prairie up next.

Skippers coach Leah Dasovich said the common theme on her phone the day after the loss was wondering how the team was responding. Those questions were answered with an upbeat practice, like nothing had happened 20 hours before.

The players had wiped the slate clean and were focused on what was next.

And after a slow start Jan. 29 at defending Section 2-4A champion Eden Prairie, trailing 25-20, there were the Skippers again in the locker room. This time, though, Haydon wanted things to end differently.

Behind 20 second-half points from Lockett, a junior transfer from DeLaSalle High School, and nine from Desiree Ware, who topped 1,000 career points in the game, Minnetonka this time won late.

The Skippers outscored the Eagles 7-0 over the final 2:02 of regulation, getting free throws from Ware and Lockett, while Emma Dasovich converted an uncontested lay-up.

The week was a baptism by fire for Lockett, introduced into the Lake Conference against two of the best teams in state.

Held to a pair of buckets in the first half, Lockett's long 3-pointer early in the second half was part of a 12-0 run out of the locker room. Ware, who finished with 16 points in the win, started the streak with a 3-pointer, and ended it on a coast-to-coast left-handed lay-in.

The run also included a third foul on Eden Prairie's Nia Holloway, a University of Minnesota, on a charge taken by Dasovich. While Holloway would return, she scored just four second-half points, 11 for the game.

The Eagles, though, mounted a comeback behind outside shooting from reserves Annika Anderson, Ashley Fritz and Katie Leisen. Five straight points from Molly Lenz and Eden Prairie was ahead 39-37.

Lockett had an answer. And then another answer. Freshman Tori McKinney chipped in a 3-pointer at 48-47 as well.

In the end it was too much Lockett, and too much Ware, who combined for 40 points in the win, including 29 of the Skippers' 42 in the second half.

"I love it. She helps me growing as a player," Lockett said of sharing the backcourt with Ware. "If we're both feeling it, great, but if only one of us that's okay, too. We're there for each other. While we've only played six games together, I really feel great about our connection, with her and everyone else."

For Haydon, while only finishing with four points, she knew going in with a match-up with Holloway she was going to have contribute in other ways. Defense and leadership were on display.

"I'm used to having an advantage," said Haydon, a George Washington commit listed at six feet, three inches. "But playing against Nia, our body types are so alike, her speed, her ability to jump. Those advantages are gone for me. So in the second half it was about me focusing on my personal strengths. Going out there, being balanced, being composed."