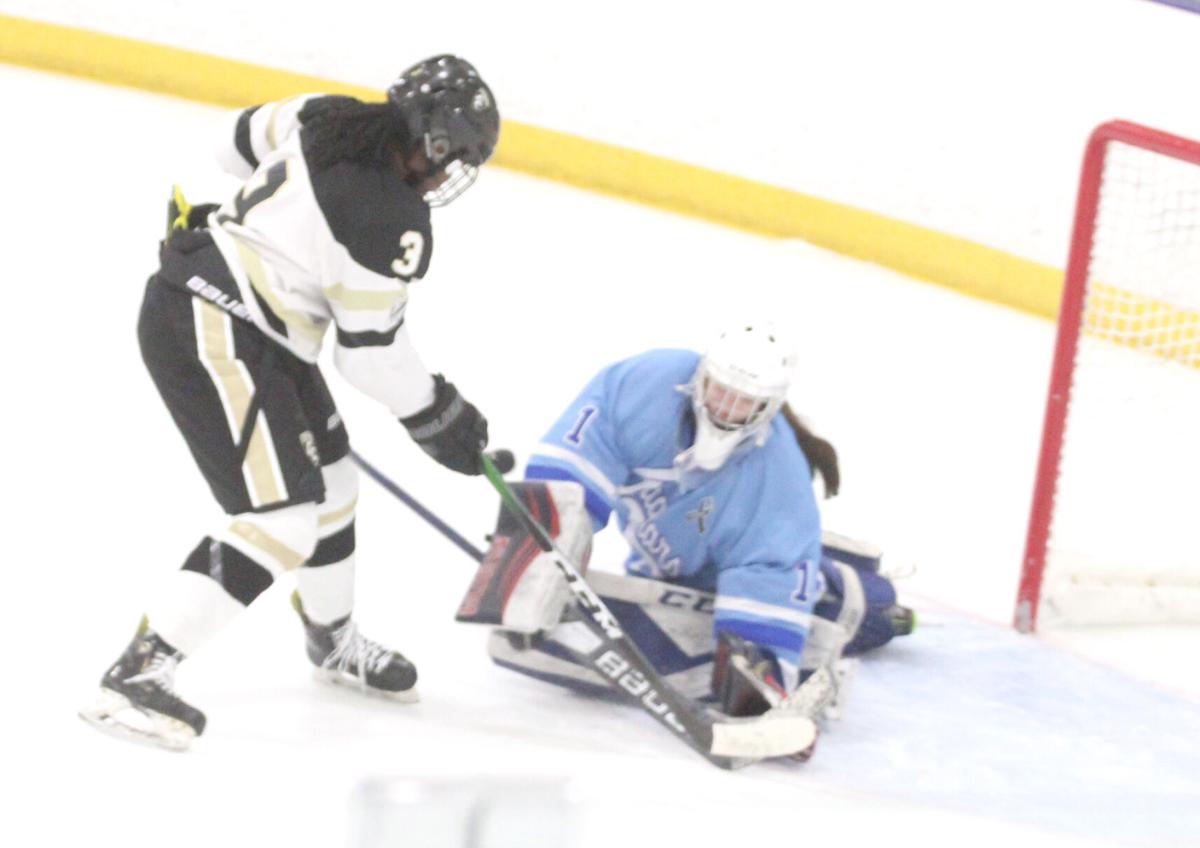 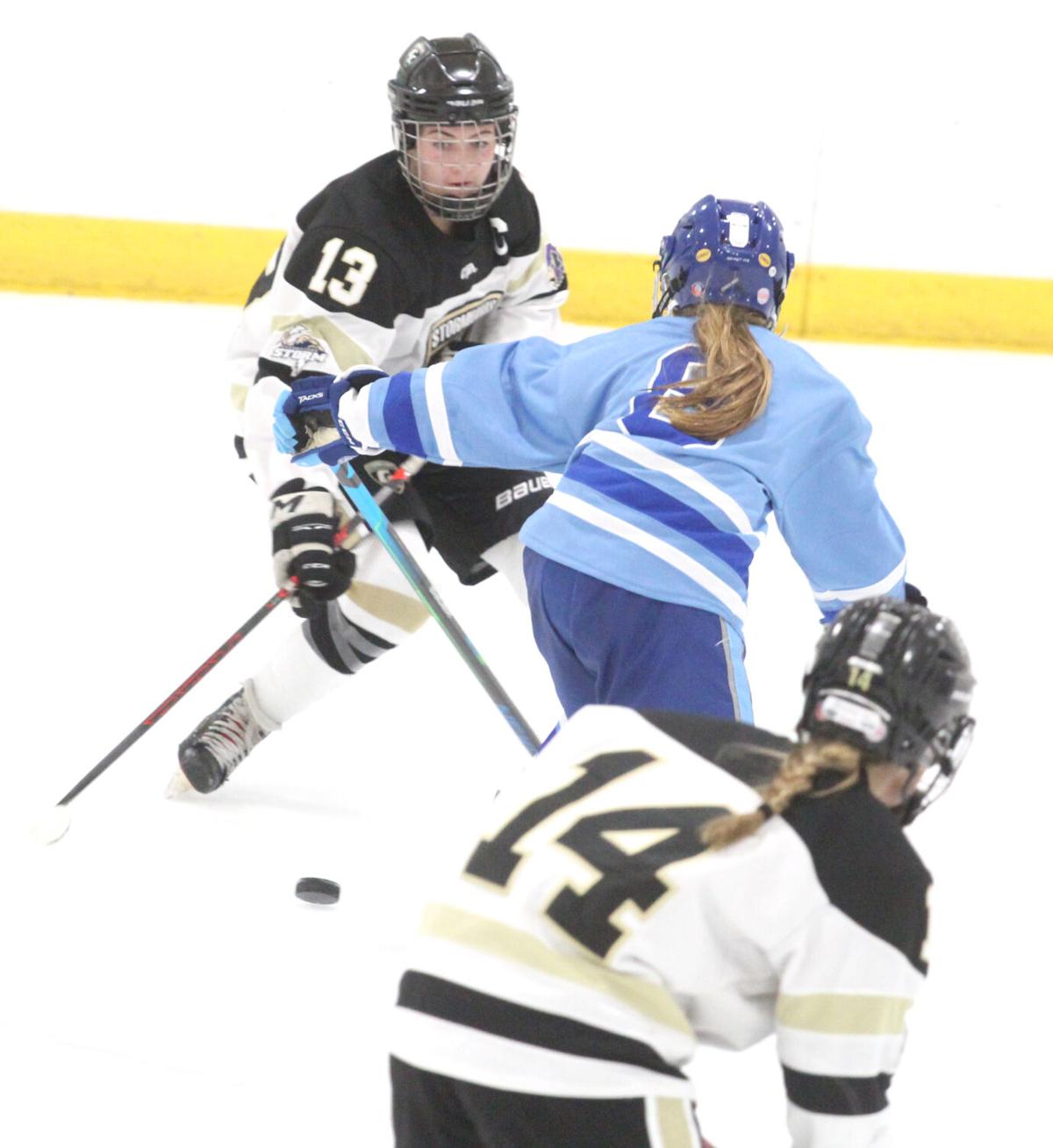 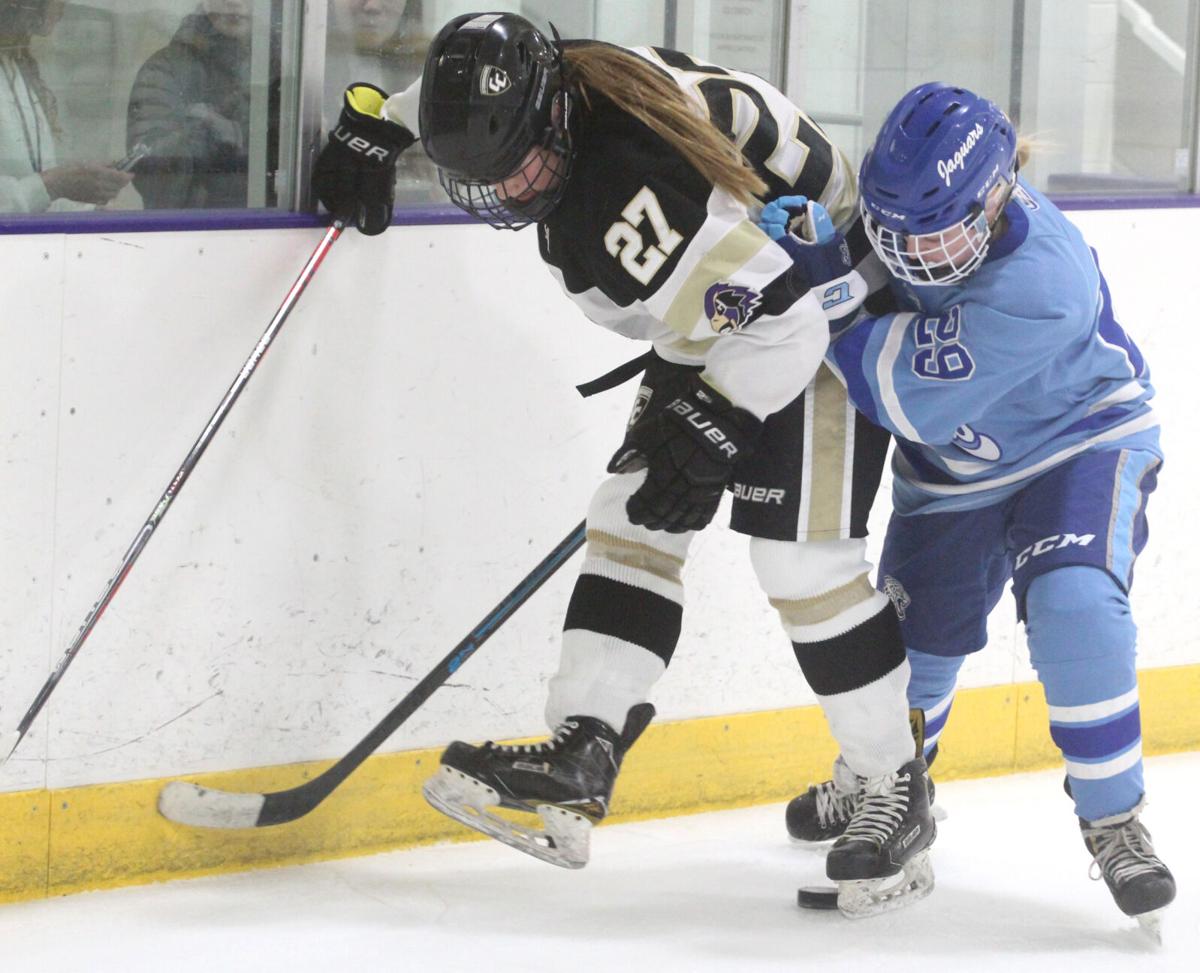 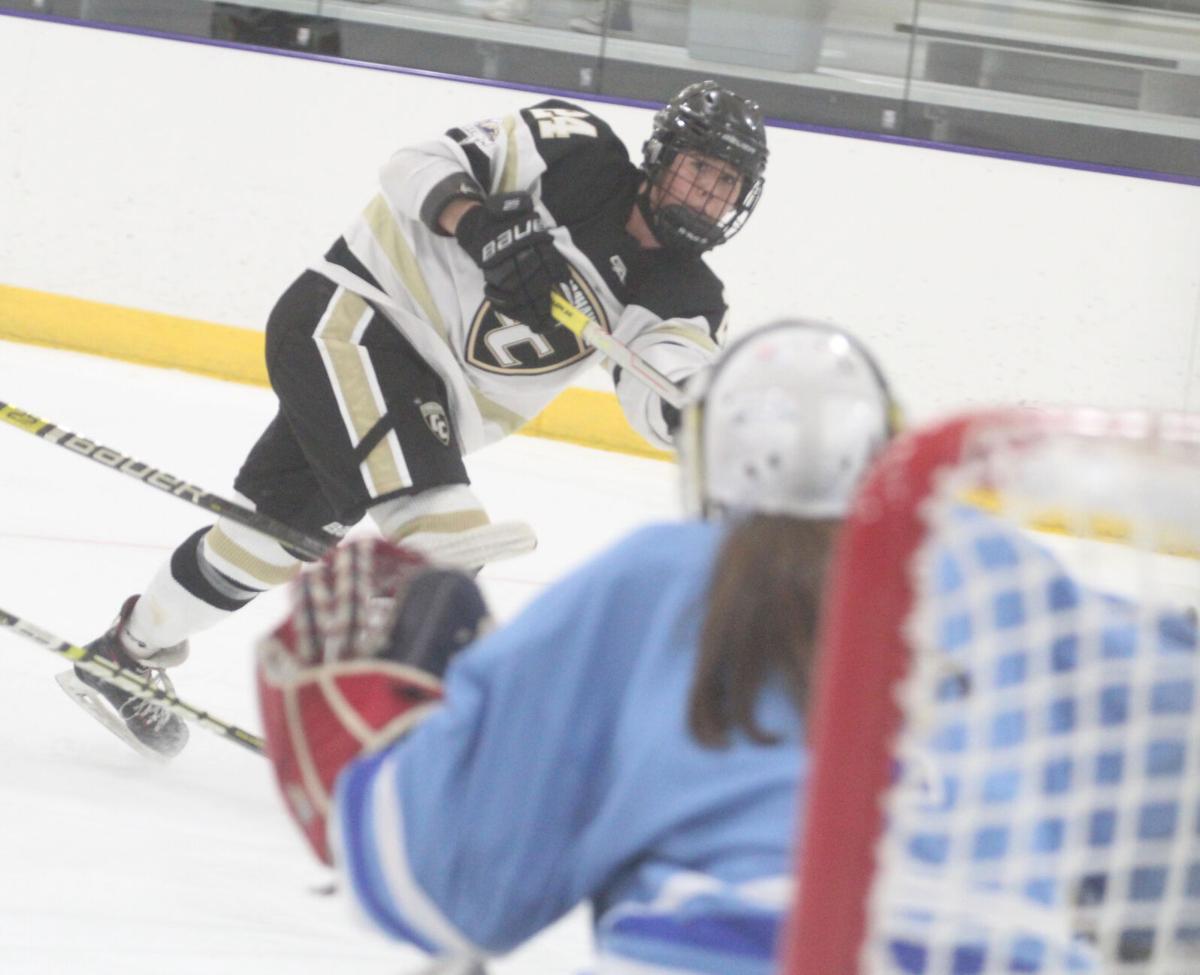 Facing the likes of Class A No. 1-ranked Orono, top-10 Minnetonka, Wayzata and Holy Family Catholic in Class AA to start the 2021-22 season, a young Chaska/Chanhassen roster, with seven first-year varsity skaters, needed to keep their heads held high.

Despite some lopsided scores of late after a season-opening win over Minneapolis.

Senior Katelyn Roberts, in her fifth varsity season, said the message in the locker room, and at practice, was one of positivity.

"We recently played some tough teams. The effort has been there, but the execution hasn't. ... You just have to keep telling them to keep working. In the end, you can control effort, and you hope that the bounces go your way," she said.

On Thursday, the second home game at Chaska Community Center, the Storm Hawks put one in the win column, a 5-3 decision over previously-unbeaten Bloomington Jefferson.

"It felt good. It felt good to have the effort, but also the execution," Roberts said.

A 4-1 lead shrunk to a one-goal lead with under seven minutes to play, Chaska/Chanhassen sealed the win on a Bethany Velasco goal on a 2-on-1 rush.

The Storm Hawks senior class netted all the goals in the 5-3 win, including a hat trick from Roberts. It wasn't the captain's first hat trick, but it was the first as a defenseman.

Roberts, signed to play at Penn State University, after three seasons at forward, accepted a role on defense in the 2020-21 season, finishing with two goals and 12 assists in 16 games.

Roberts didn't know what kind of role she'd play this season. But whatever the coaches ask of her, she's ready.

Thus far this season, split between the two positions, the Chanhassen skater has eight goals and six assists. Roberts entered the season with 60 career points.

"I had this idea that I might be back there playing defense a couple of times after last year, but I never knew for sure. I wasn't super surprised when they asked to me to play it. I was just ready to play, no matter what," Roberts said.

Roberts' ability to score, no matter the position, was on display against Bloomington. After netting two goals in the first period, a 3-0 lead on an Elisabeth Gerebi tally as well, Roberts finished off a hat trick with a short-handed breakaway goal in the third period.

"I definitely should probably have more of a defensive mindset, but I just love being creative. I figure once you've taken care of the defensive zone, those are the times to take chances, look for some offense," Roberts said.

Roberts is one of six seniors on the roster. Many have been on varsity two-to-four years, so wins like the one over Bloomington Jefferson, on the home ice, in front of friends and classmates, is something the seniors relish.

"It's definitely bittersweet. It's coming to an end, and we're definitely excited for what's next with college, but it's kind of sad because these are the people I've spent so much time with all of these years. We just want to have a great last season, enjoy the time together as a team," Roberts said.

Maddie Margraf, making her seventh consecutive start of the season, made 29 saves for Chaska/Chanhassen (2-5), coming up big throughout, including a shutout second period.

The Storm Hawks host Buffalo on Tuesday, Dec. 7 at 7 p.m.