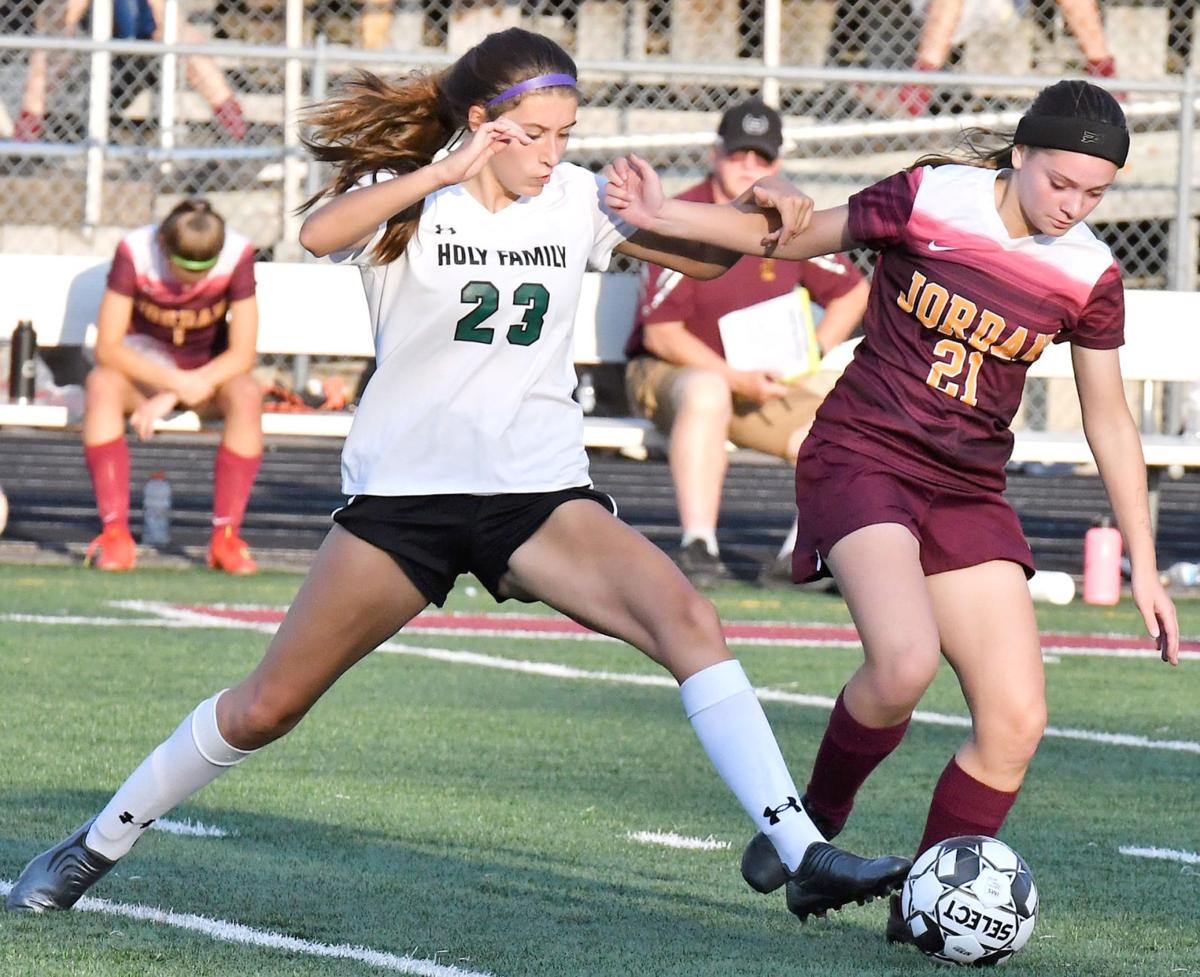 Holy Family Catholic sophomore Maggie Dowling with a toe touch to kick the ball away from a Jordan player in a 4-0 win on Sept. 9. 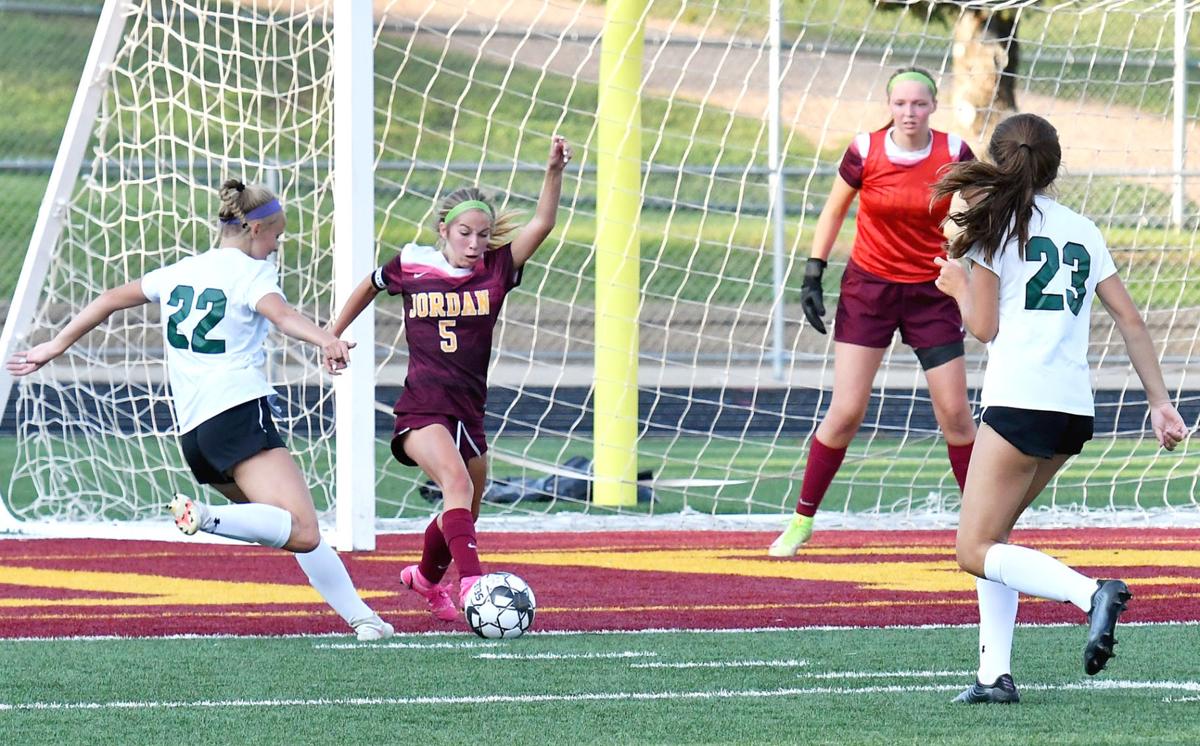 A Jordan defender kicks the ball free off the foot of Holy Family Catholic's Gabby Legg, who was set to take a shot from inside the box in a 4-0 win on Sept. 9.

Holy Family Catholic sophomore Maggie Dowling with a toe touch to kick the ball away from a Jordan player in a 4-0 win on Sept. 9.

A Jordan defender kicks the ball free off the foot of Holy Family Catholic's Gabby Legg, who was set to take a shot from inside the box in a 4-0 win on Sept. 9.

Nothing will top the final 10 minutes of regulation and overtime in the 2018 meeting between Chaska and Chanhassen girls soccer.

The Hawks scoring twice on free kicks to force overtime, a third goal off the foot of Lily Smalley giving Chaska the victory in extra time.

But the 2021 meeting, in which four goals were scored in the final 16 minutes, the winner from Val Rakatomalala in the 79th minute, was a close second.

Chanhassen improved to 9-3-1 in the all-time series with Chaska, scoring a 3-2 win on Sept. 9 at Chaska Middle School West Stadium.

After seven years of one or fewer goals scored in the District 112 match-up, offense has been in the uptick in recent years.

The 2021 meeting had the look of an eighth 1-0 decision in the series, an opening half goal from Grace Fogarty, her fifth of the season, standing up deep into the final 40 minutes.

That was until the Hawks found the back of the net with 15 minutes to play. And then they did it again three minutes later, converting a penalty kick for the 2-1 lead. Both times off the foot of Maddy Davey, an assist from Paige Sommerfeld on the first score.

Suddenly, Chanhassen was the team fighting for the tying goal.

And that came in the 74th minute, the first varsity goal for Connelly Cusick. And then five minutes later, the dramatic finish was complete. A corner kick from Hudson Stier found the foot of Mollee Puffett, whose touch pass to Rakatomalala for the shot and score proved to be the winner.

STORM GOAL⛈🚨 Valerie R with a beautiful finish to put the Storm up 3-2 with just under 2 minutes to play‼️ Assists go to Hudson Stier and Mollie Puffet. LWTS FINISH THIS STORM‼️ pic.twitter.com/psur9AkC84

Two goals, one five minutes into the contest, and one with six minutes left in the first half, stood up as Minnetonka scored a 2-0 win over host Eden Prairie in girls soccer Sept. 9.

Catie Rutledge netted the eventual winner from Regan Melz, while Al Marceau netted her fifth tally of the season, an assist from Gabbie Ryan, for the 2-0 halftime lead.

The Skippers draw fifth-ranked Maple Grove on the road at 3 p.m. on Saturday.

Maeve Kelly was back, and back in a big way for Holy Family Catholic, scoring three goals in a 4-0 road win at Jordan in a Wright County Conference contest Sept. 9.

Her return sparked the offense, Holy Family Catholic leading 2-0 at halftime. Mary Furlong also had a goal for the Fire.

Southwest Christian improved to 4-0, scoring a 3-0 home win over Hutchinson/Glencoe-Silver Lake in the Wright County Conference opener Sept. 9 in Chaska.

The Stars led 2-0 at halftime.

No scoring was available.