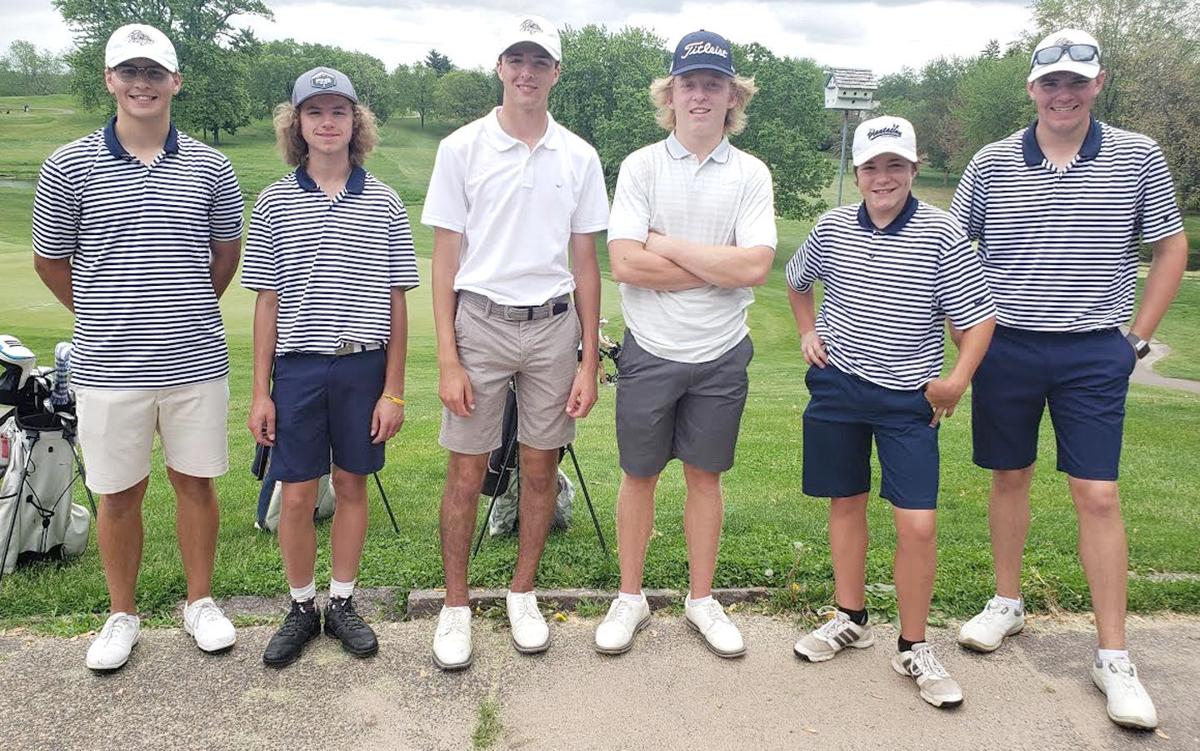 Chanhassen, without a senior in the lineup, placed second in the Metro West Conference Championships May 24 and second to Chaska in the season standings. Final round participants were Danny Renner, Zach Bloedorn, Tristan Tidemann, Andrew Ballou, Avery Charon, and Bryce Dunkelberger. 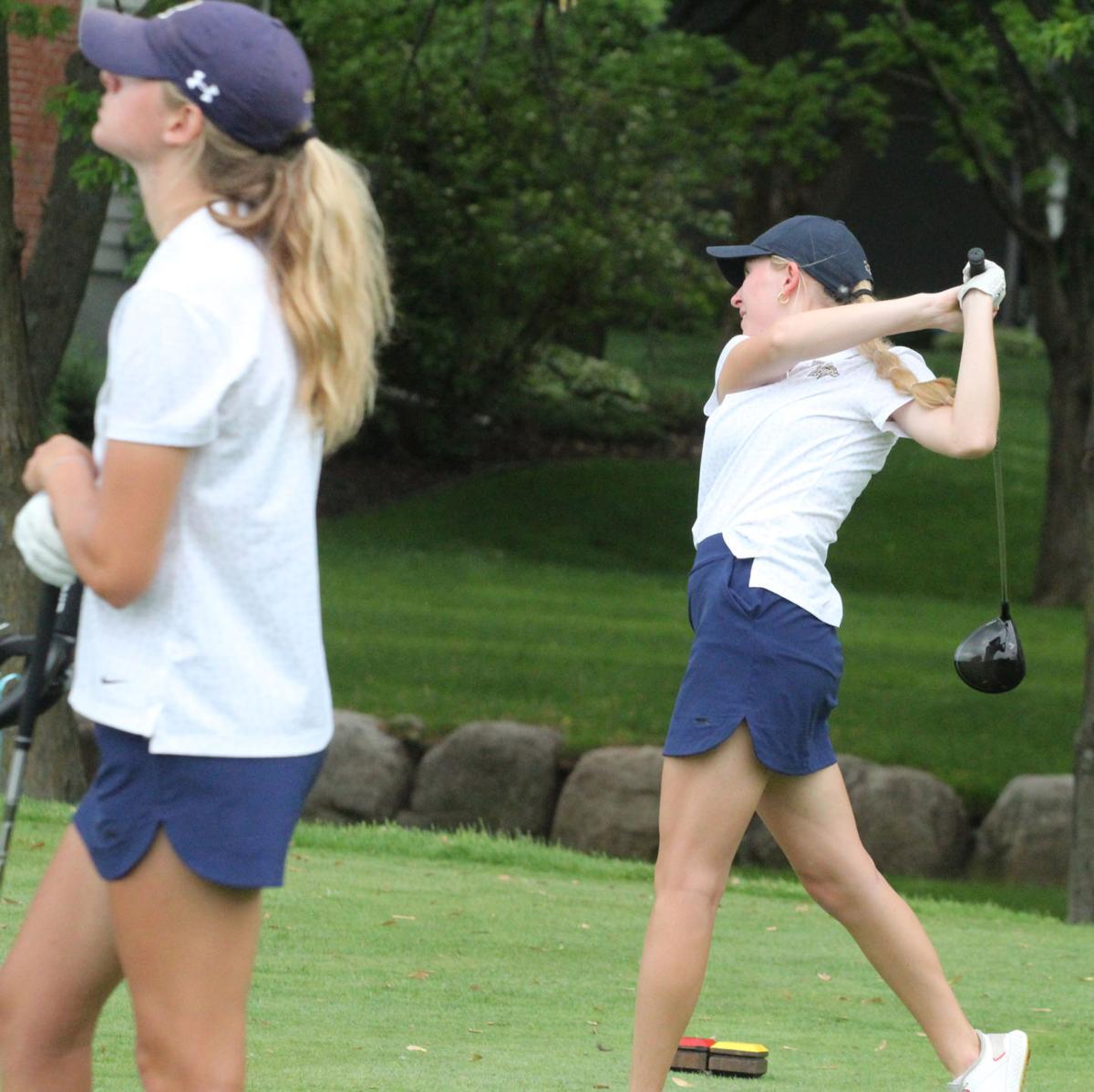 Claire Witcraft of Chanhassen tees off on hole No. 10 at Meadowbrooke Golf Course in the Metro West Conference Championships May 24. Witcraft was joined in her group with Madi Hicks (pictured) and Jamie Bimberg.

Chanhassen, without a senior in the lineup, placed second in the Metro West Conference Championships May 24 and second to Chaska in the season standings. Final round participants were Danny Renner, Zach Bloedorn, Tristan Tidemann, Andrew Ballou, Avery Charon, and Bryce Dunkelberger.

Claire Witcraft of Chanhassen tees off on hole No. 10 at Meadowbrooke Golf Course in the Metro West Conference Championships May 24. Witcraft was joined in her group with Madi Hicks (pictured) and Jamie Bimberg.

With three juniors, a sophomore, a freshman and an eighth grader in the varsity line-up, Chanhassen coming up just a few strokes short of challenging Chaska for the Metro West Conference boys golf title was no big surprise.

But starting next year, expect the Storm to be the favorites, having a chance to end the Hawks' now seven-year reign in league play.

A big reason for that is junior Danny Renner, who was second only to Chaska's Davis Johnson in player of the year rankings in the Metro West Conference.

Renner started Monday at Meadowbrooke Golf Course in Hopkins with three birdies and an eagle on the fourth hole. While his round became even-par through 11 holes, Renner fought back, finishing the day with seven birdies. A medalist score of two-under par 70.

While Chanhassen was unable to complete the comeback in the season team standings, the score of 313 was among their best of the season. A positive sign of things to come both in the 2021 post-season and beyond.

"It's been great. I've been waiting two years to get out here, play for Chanhassen again. We're having fun, we're making strides from where we were two years ago especially with the guys in the three, four, five spots. Those scores were once closer to 90 and now they've bumped it seven or eight strokes to like 81 or 82. It's great to see that progress," Renner said.

In a normal season Chanhassen would have played in twice as many tournaments, headed out of town for a few days. While there were days a little practice at the course was helpful, Renner said missing out on tournaments is a missed opportunity to become more comfortable on the course.

"A lot of these guys are young. They haven't played in as many tournaments, as many courses, so getting them that experience can go a long way," he said.

For Renner, he used the last year to play in extra tournaments, improving his overall game. In Section 2AAA, there are no guarantees. Renner, despite shooting 75 and 74 in 2019 in the post-season, came up two strokes short of qualifying for his first state tournament.

That's the goal this year.

"It's been great playing in some big tournaments, getting some practice in. It's good to see the extra work is paying off. We'll see how it goes at sections and hopefully state," Renner said.

The Section 2AAA Meet returns to Ridges at Sand Creek in Jordan on June 2 and 7.

"Obviously Ridges is a challenging course, and there are a bunch of really good golfers in our section, but I'm ready to compete and show what I am able to do," Renner added.

ALL GOOD THINGS COME TO AN END

In a winner-take-all Metro West Conference Championships Monday at Meadowbrooke, Chanhassen, a six-time girls champion dating back to the conference's existence in 2014, was unable to make it seven.

Madi Hicks, one of five juniors in the line-up, birdied two holes on the back-nine, including No. 18, to finish second overall with a score of 80 for the Storm.

Isabelle Lynch of Bloomington Jefferson, the conference player of the year, was one stroke better at 79.

Like the boys team, Chanhassen will compete in the Section 2AAA Meet at Ridges at Sand Creek in Jordan on June 2 and 7. The Storm are the four-time defending champions.