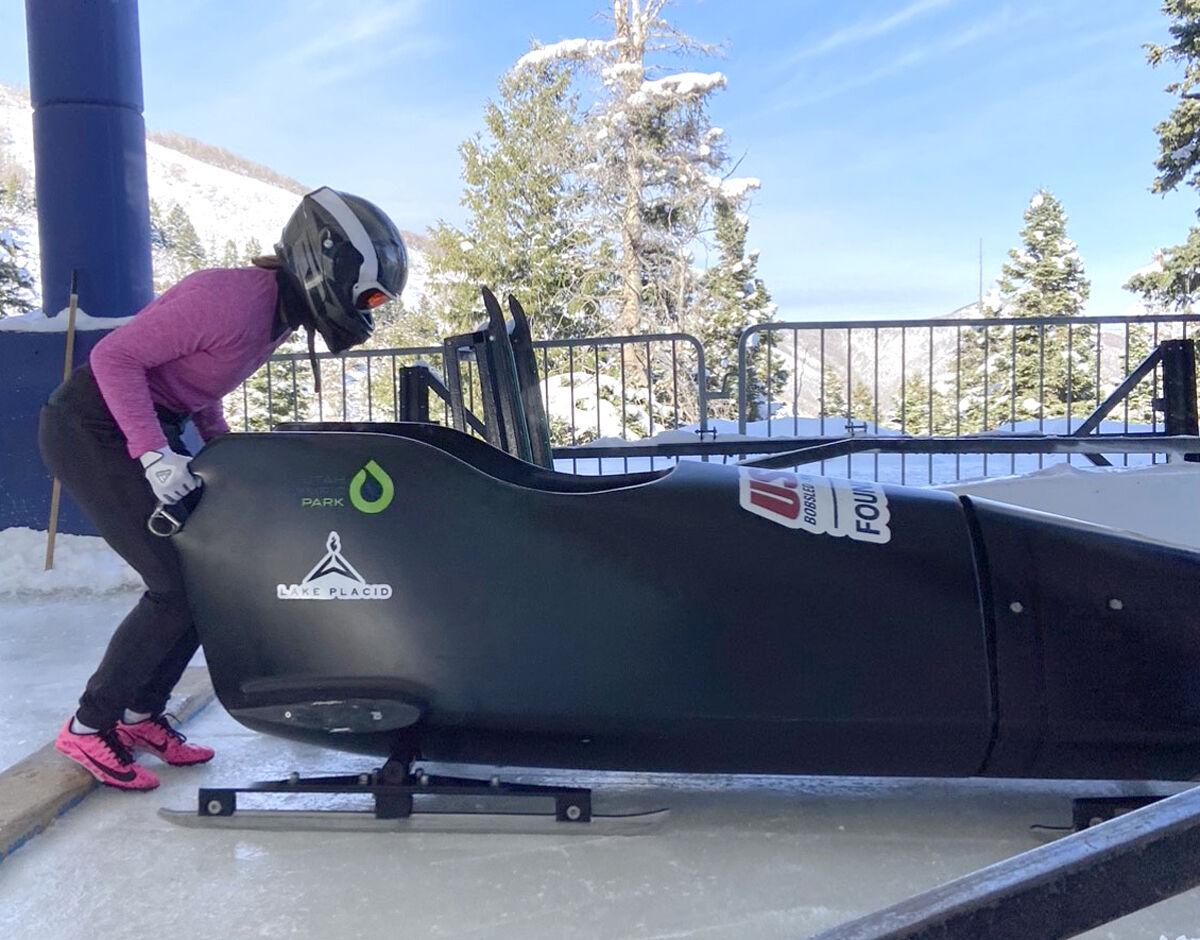 Women’s bobsled remains a two-person event at the Winter Olympics. While a four-person event could come at some time, there will be a new bobsled event in 2022, the Monobob, or solo ride, shown by Shorewood’s Jenna Weidner. 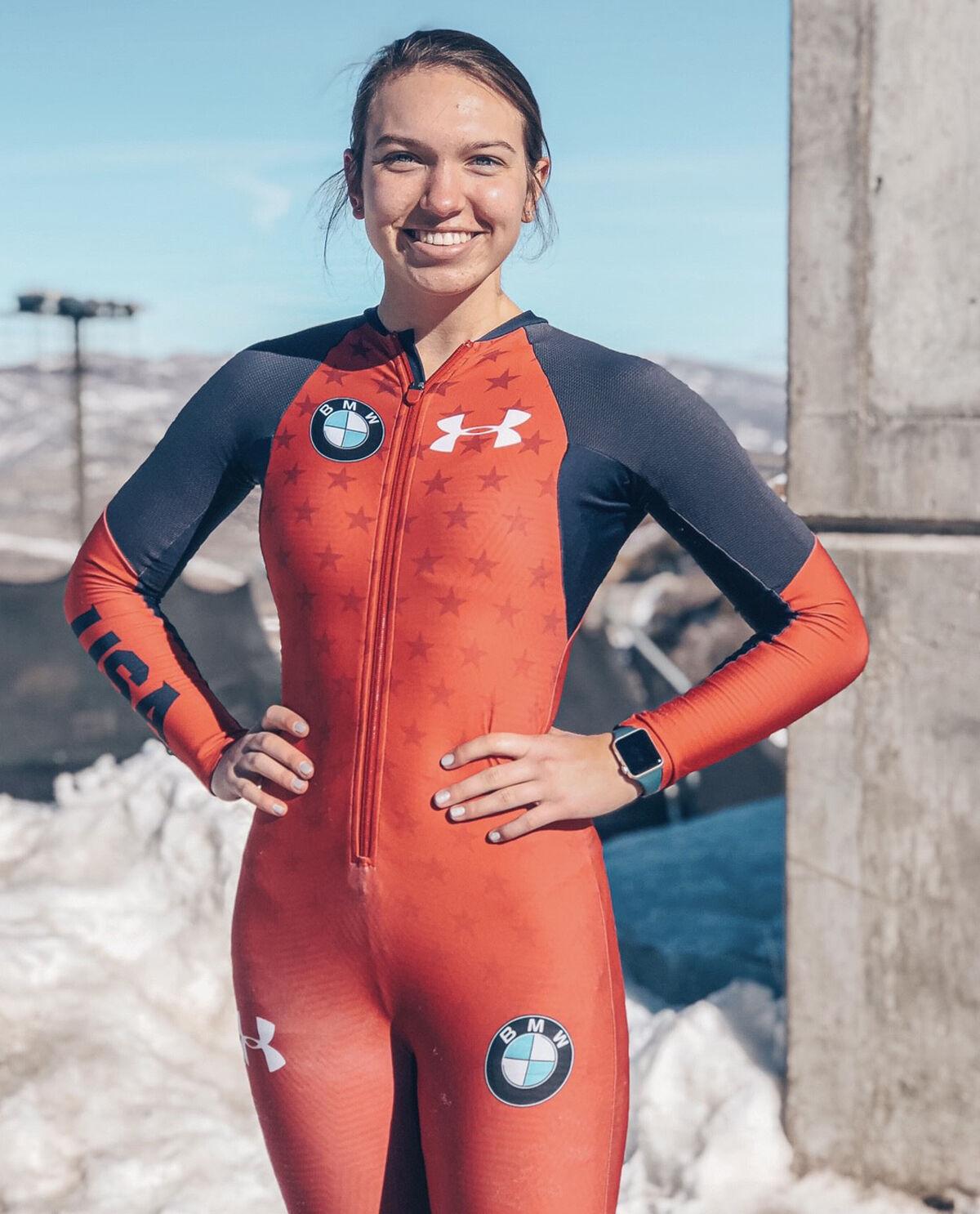 A Division I collegiate volleyball player at High Point University, Jenna Weidner was recruited into the USA Bobsled and Skeleton development program in 2020. She’s quickly developed a love for the sport and continues to progress forward, hoping to earn a spot in the 2026 Winter Olympics. 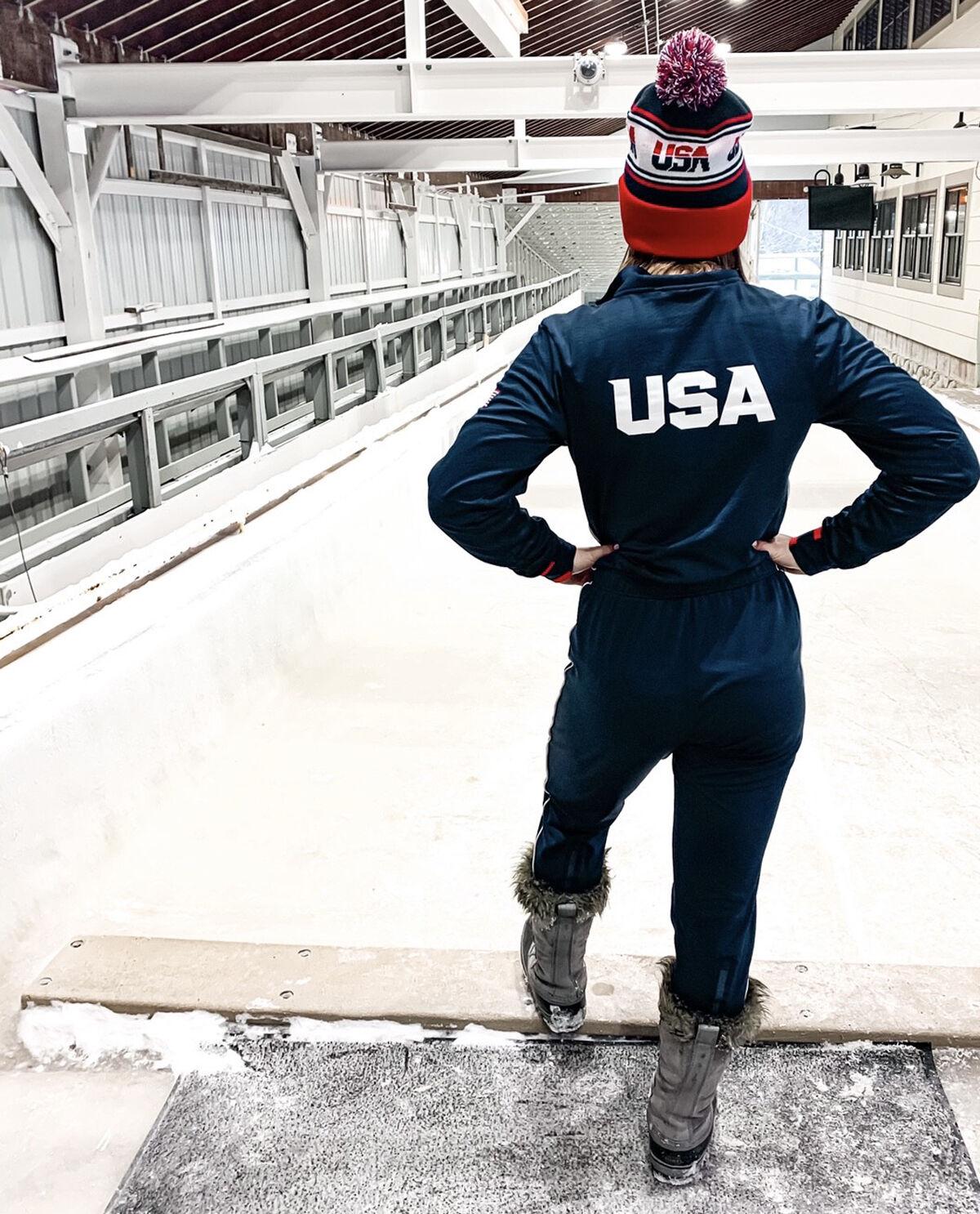 Bobsled pilots spend time daily walking the course, visualizing each turn on a track. Jenna Weidner of Shorewood is in her second year in the bobsled sport in the Team USA development program. 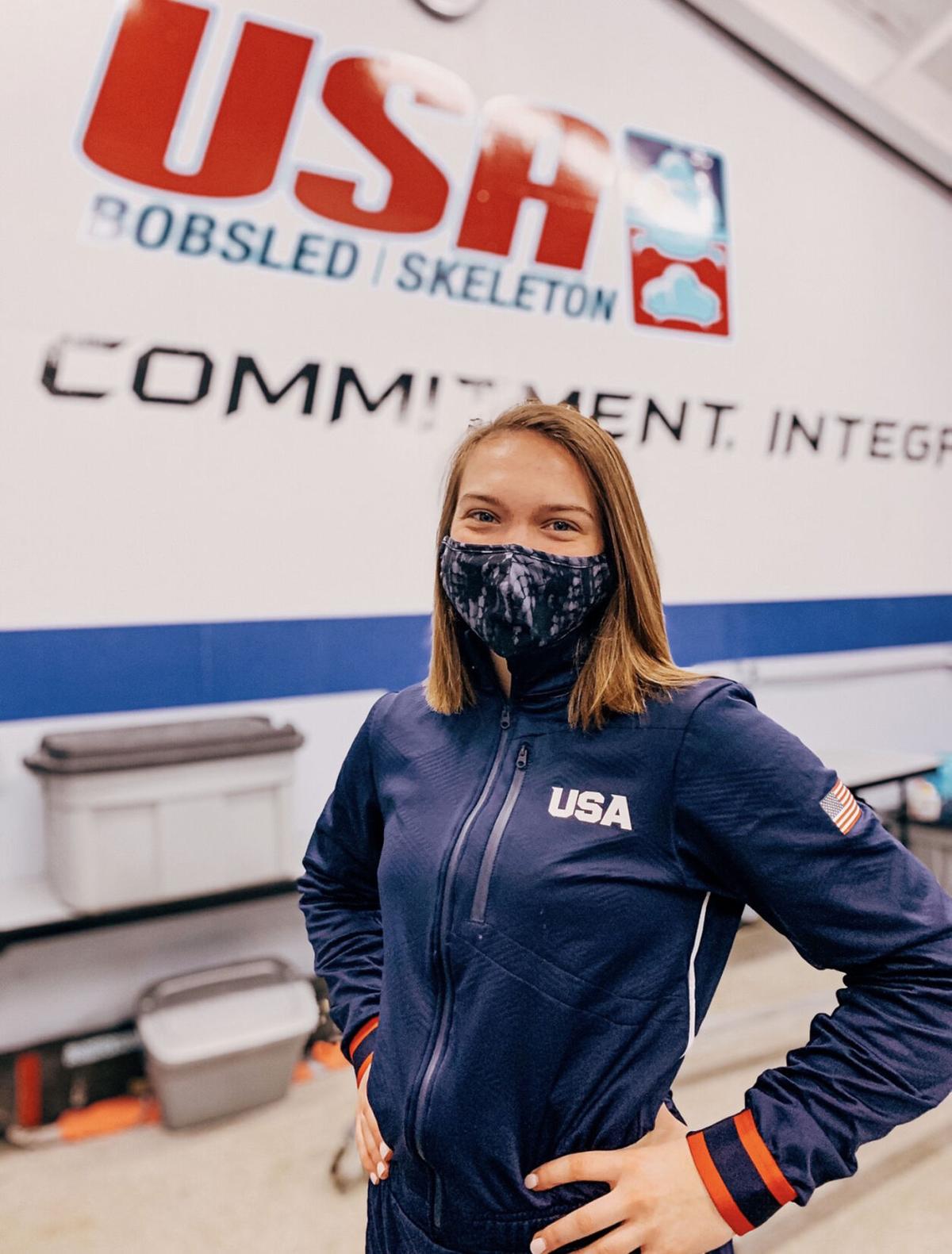 Jenna Weidner, Class of 2016 at Minnetonka High School, is on the development team as a pilot for the USA Bobsled and Skeleton team. She has her sights on qualifying for the Milan Olympic Games in 2026. 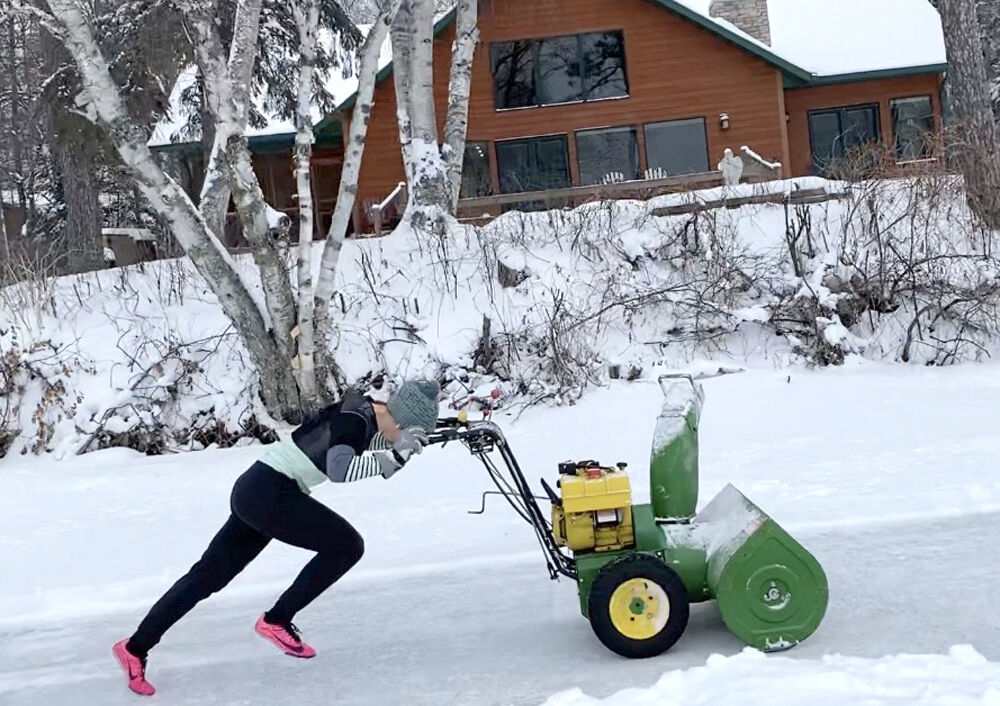 With the nearest bobsled track states away in Utah and New York, Jenna Weidner got creative in her push-start training last winter, using a snowblower on the lake.

When the sled sped past, he knew it was his younger sister, but he couldn’t believe it. Not Jenna.

“If you know me, if you know my personality, you would never guess I would get into a sport like bobsled,” Jenna Weidner said.

A volleyball athlete at Minnetonka High School and later at Division I High Point University in North Carolina, Weidner is training for a shot at the Winter Olympic Games in 2026 in Milan, Italy.

“I’m an accountant, an auditor. Someone who calculates every decision I make. I’m someone who doesn’t drive fast on the road. But when I get into the sled, I get into this different mindset. I don’t have time to overthink, so I go fast. I have to anticipate, Weidner said.

“My coach, Mike Kohn, says bobsledding is like playing 18 holes of golf in 60 seconds,” she added.

OUT OF THE BLUE

Weidner, of Shorewood, the youngest of three siblings, her sister Hannah also a standout volleyball athlete at Minnetonka and later Liberty, hit the court all four seasons at High Point, earning Millis Scholar-Athlete honors each year.

She also participated on the track and field team her senior year in 2020, throwing the javelin.

After being “retired for four months” from athletics, as Weidner put it, she received an email from a coach at the USA Bobsled and Skeleton team. Her volleyball coach, also on the email, nudged Weidner to give it a shot.

The recruitment program targets graduated collegiate athletes in explosive sports such as football, volleyball, weightlifting, and track and field.

“I told him I knew nothing about bobsled. He said, ‘no worries, no one does when they first join.’ People don’t grow up doing bobsled. It’s a sport where you start when you’re more developed, not at a young age. I remember a guy who came out to try Skeleton, he was from Atlanta, and he’d never seen snow,” Weidner said.

With the pandemic, Weidner and recruits were asked to film three different movements — a sprint, a medicine ball throw and a broad jump.

“They were able to watch those videos, really dissect those movements, and tell if you’d be good for the sport,” said Weidner, who was invited to a camp in Park City and began training as a sled pilot.

Her first practice run down the track after much training started much lower in the course, on curve six of 15. The sled still reaching a speed of 55 mph.

“I was the first one to go. I think I had a mini panic attack. But when you’re up there, you don’t have any other option of getting down. You’re in the sled, and the adrenaline starts pumping. When I was done I couldn’t wait to get back up there,” Weidner said.

Because of the G-force and the toll a run takes on an athlete mentally, Weidner said practice consists of just three or four trips down the hill.

“I’m not saying pilots have it the toughest, brakeman have a really hard job, too. But it’s different mentally. Pilots study the track so thoroughly. Where to enter each curve, how to exit. One little thing can change the course of the sled. We walk the track everyday. There’s a lot of prep that goes into it,” she said.

The most asked question Weidner receives is “Have you seen ‘Cool Runnings’”?, the 1993 Disney bobsledding movie about the first Jamaican team qualifying for the 1988 Winter Games.

Weidner, of course, is a huge fan. Last year she even raced against the Jamaican team.

Women’s bobsled didn’t become an Olympic sport until 2002, a two-person event only until 2022 where a Monobob, or one-person sled, race is being added. There continues to be a push for a four-person women’s bobsled event some day.

Weidner said the greatest challenge comes in participant numbers. Some countries do not have the amount of racers that the U.S. has.

For the 2021-22 season, nine athletes including gold-medalist Kaillie Humphries and two-time silver medalist Elana Meyers Taylor, both pilots, are part of the national team.

Weidner is part of a 20-person development team for men’s and women’s bobsledding, surprisingly the only Minnesota, the land of ice and snow, in the U.S. program.

Facilities in Lake Placid, New York, home to the 1932 and 1980 Olympic games — the bobsled track has been updated since then — and Park City, Utah, maintain refrigerated ice from October to March.

But training never stops. Her dad and grandpa made her a push cart for home. Last winter, she took to the ice on a nearby lake to push a snowblower for practice.

Weidner will leave for training for 10 days in Lake Placid on Oct. 16, and will spend much of November in Park City. The rest of her schedule is still up in the air.

Following the Olympics, at the end of the season, U.S. athletes will compete against one another, the top finishers named to the national team next summer.

Weidner takes it one step, or one curve at a time. The best pilots in the world have been at it for 10-to-15 years.

“You see the movie and they are trying to pump themselves up before the push start. For me, it’s the opposite; it’s about calming myself down. I always say in my head before each run, God’s got this. You can have all the preparation in the world, but when you’re in that sled, God is controlling it,” Weidner said.

Like with the Jamaicans in ‘Cool Runnings,’ funding is scarce in bobsledding from the U.S. government. Much of what Weidner does is self-funded.

While some countries such as Germany fully fund their program, only the top teams are covered by the U.S. Bobsled and Skeleton Association.

“Everything is expensive. You have to ship the sleds to each track. Rent the track. There are flight costs, places to stay, eat, to work out, while you’re training. Helmets can cost anywhere from $250 to $800. Shoes cost like $250. They don’t make them in the U.S., only in Germany. Pilots are responsible for runners, the metal pieces that go on the bottom of the sled. They can be five grand to 15 grand. It’s definitely an investment,” Weidner said.

Where athletes can gain sponsorships is on their helmets. Pilots having the advantage with their head not in a tucked position like the brakeman. Weidner plans to compete in the North American Cup in New York and Utah in her second season.

Those interested in sponsoring her can view her GoFundMe page at https://gofund.me/91ab916c or can email her directly at jweidnerbobsled@gmail.com.