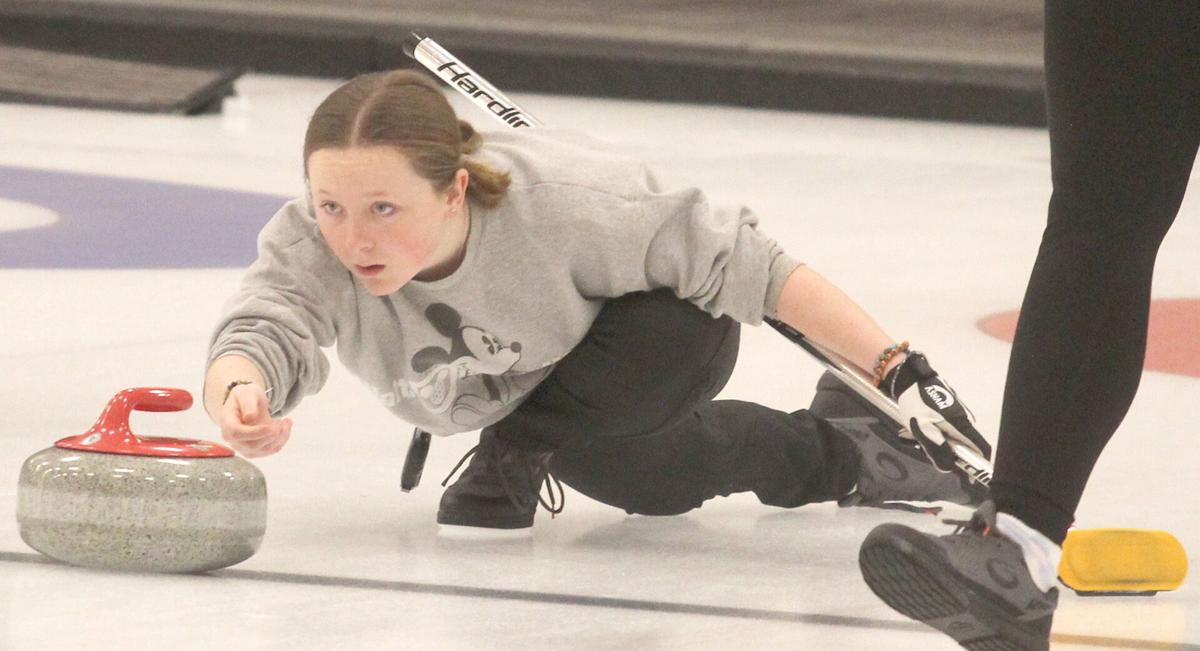 What makes a good skip? Someone who understands every shot and understands when to throw each shot in every situation, said Brooke Giroux, freshman at Chanhassen High School. 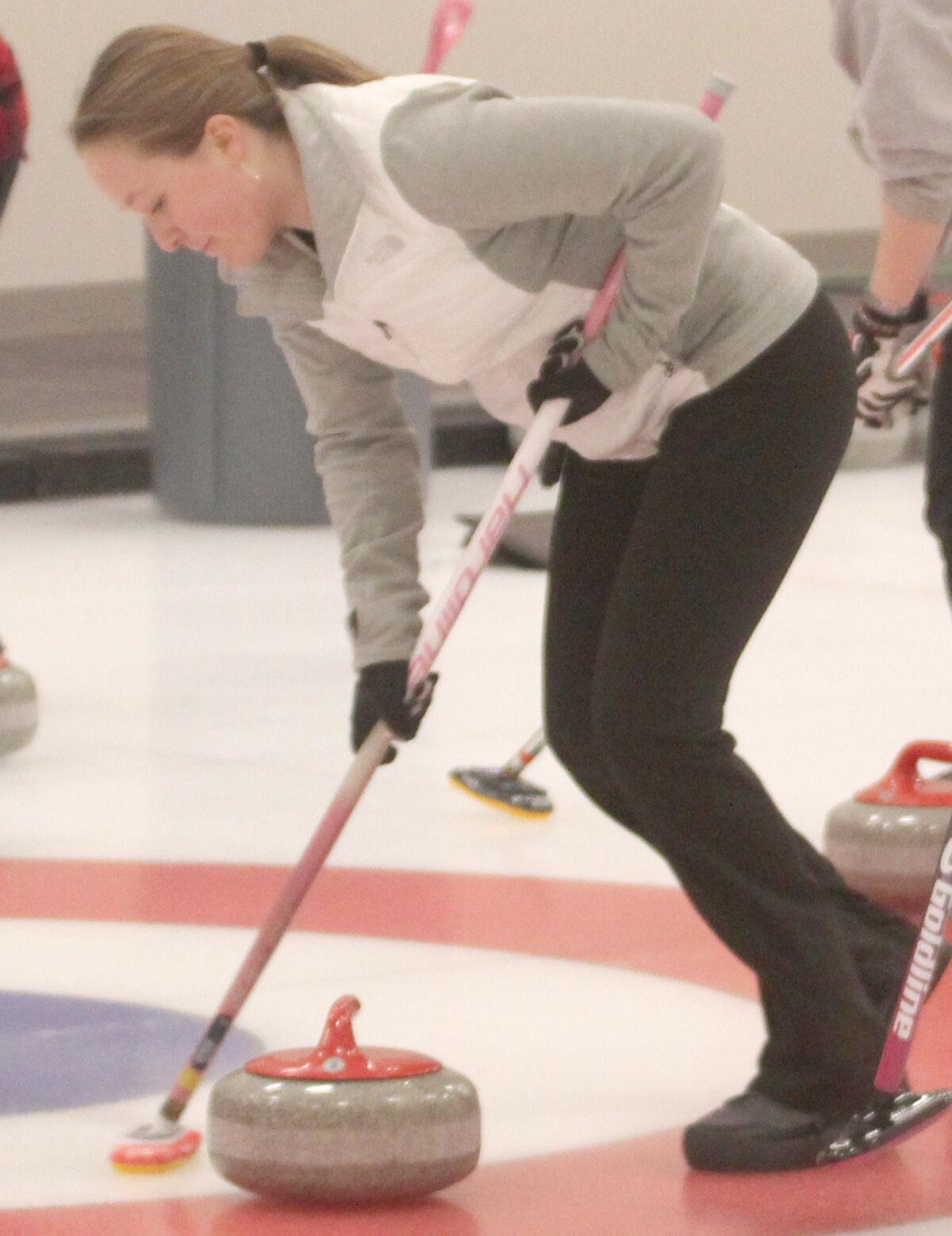 What makes a good sweeper in curling? Someone who will sweep so hard they might turn blue in the face, Allie Giroux, freshman at Chanhassen High School, said. She and her twin sister, Brooke, were part of a team that placed second in a state competition recently.

What makes a good skip? Someone who understands every shot and understands when to throw each shot in every situation, said Brooke Giroux, freshman at Chanhassen High School.

What makes a good sweeper in curling? Someone who will sweep so hard they might turn blue in the face, Allie Giroux, freshman at Chanhassen High School, said. She and her twin sister, Brooke, were part of a team that placed second in a state competition recently.

Through the doors of the Chaska Curling Center pass some of the sport’s top athletes. World champions. Olympic champions.

It has been the USA Curling National Training Center since 2019, providing High Performance Program participants a place to practice and hold events throughout the season. The United States Curling Association headquarters is right down the road at the Viking Lakes business campus in Eagan.

Through those same doors passes some of the sport’s up-and-coming athletes. Youth curlers that got their first taste of the sport five years ago in the same center. Youth curlers who stuck with it, elevated their game, pushed for more ice time, challenged those twice their age, and now are potentially headed to the Under-18 National Championships.

That is if COVID allows the event to happen for the first time since 2019.

“They say it’s easy until they try it and then they say they’ll fall on their face,” Chaska Middle School West eighth grader Will Podhradsky said. “Pro curlers make it look so easy. But it’s not. They’ve been playing for years.”

Giroux, along with her twin sister, Allie, were among the first juniors to try the sport at the Chaska Curling Center.

“My dad curled for the first time when this place opened and a year later we started in the juniors program. We’re both in tennis, so it’s our off-season,” Allie said.

“He’s the one that got us into it. Our parents told us we signed you up for curling. Try it out and see if you like it,” Brooke said.

Christian Podhradsky, senior at Chaska High School, wouldn’t say he was forced into playing, but he certainly didn’t think it would be a bad idea. Christian and Will’s dad, Matt, is city administrator for the city of Chaska. One of the people responsible for bringing the project to Chaska.

Will was only eight or nine years old when he first started in curling.

“Really when the city made this, there seemed to be a lot of interest, people were doing it, and that made me interested in trying it,” Will said.

Being related to Olympic gold medalist John Landsteiner, the first on Team Shuster, only motivated the brothers even more.

“As twins, we both kind of like the same things, and this is something we both have really enjoyed,” Brooke said.

“Sure, we’ve had our tiny differences with our love of curling, but I’d agree that we’re both addicted to the sport of curling now. It is so much fun,” Allie said.

When Chaska Curling Center head ice maker Scott Belvitch came over from the St. Paul Curling Club, he and wife, Joann, saw starting a juniors program as a priority.

A program that from the start attracted a large group of interested players. Some locally, some regionally.

“Just like when leagues were formed for adults, the kids came to when we started a juniors program. It’s been one of the most successful in the state,” Belvitch said.

Most years the juniors program has between 45 to 55 curlers. This year’s registration just finished with 47. That juniors group starts at about eight years old and goes through 18.

Belvitch said when the junior players started to play in Bonspiels, or tournaments, and began to find those competitive juices, the program took off. From that it has only grown.

Clay Orvik, curling and event center coordinator, organizer of the juniors program, said kids can get up-to-speed on the sport in one day. The basics of throwing, sweeping.

“Kids pick it up really quickly. It may take them a few sessions before they really get the hang of it,” Orvik said.

“It’s not a hard game to learn,” Belvitch said.

“The kids are like sponges. They pick up so much, so fast,” Belvitch said.

As the Girouxs and Podhradskys have improved their games has come knowing their own strengths. Allie is good at takeouts. Brooke is good at guarding out in front, or getting rocks into the house. But they have settled into knowing they are best at sweeping.

“We’re all pretty much front-end players. We sweep a lot. It’s kind of finding that happy medium of what you can do and what you potentially can do,” Allie said.

So, what makes a good sweeper? Besides, of course, strength and power.

“Willing to sweep until you go blue in the face,” Allie said.

Allie and Brooke recently played in a state tournament, placing second out of 32 teams. Their six matches totaled around 18 hours of play. Yep, 18 hours of sweeping.

“Don’t worry. We have our foam rollers and we’re always stretching,” Allie said.

“And energy drinks. We actually found a healthy one,” Brooke said.

Will has been part of Team Harris made up of skip Sydney Harris and lead Stuart Strack of the St. Paul Curling Club, and third Mason Guentzel from the Chaska Curling Center. The team has won Bonspiels in Rice Lake, Eau Claire and most recently Madison, Wisconsin. They were champions at a local event in Chaska in July.

Belvitch said four wins in a year is “unheard of” for junior curlers. A sign that Team Harris should be the No. 1 seed for the Under-18 National Championships in March.

“Curling is a really small world. There’s only a certain amount of people, so you have to get really lucky,” Will said. Sydney Harris, the oldest member of the team, has been curling for 12 years, said Will.

“He’s the best curler for his age I’ve ever seen,” Christian said.

Asked whether they were familiar with curling before the center opened, Christian summed up the responses perfectly.

“I remember playing it on the Wii. That’s all I knew,” he said.

It took hours and hours of practice, dedication, to improve. Aging out of juniors, the group helped form the SubZero high school curling team, which offers letters to students who complete 150 hours per season.

Team members practice twice a week and play in Bonspiels most weekends. Most of the players compete in leagues three nights a week as well.

“When (Will) started playing competitively, I got jealous, and I wanted to get back into it. I got asked to be a sub and I loved it, and ever since have stayed with it,” said Christian, who plans to continue in the sport next year while attending Winona State University. He hopes to attend the Under-21 Championships.

Practicing at the national training center, local youth often have great access to great players to learn from, Allie said.

“We’ve met a couple of people coming into the club. We’ve met Olympians, had conversations with them. It’s so cool to be able to ask them questions. Sometimes their coaches will come over and try and fix the little things that will give you an advantage,” Brooke said.

Could Podhradsky be the next Landsteiner or Matt Hamilton from Team Shuster? Could Brooke and Allie Giroux be the next Tabitha and Tara Peterson, sister Olympians? Or the next Anderson twins? Sisters Taylor and Sarah who were national champions in 2019.

Wherever their curling paths take them, they are fortunate for finding the sport.

“I like the adrenaline of the sport,” Brooke said.

“I love curling; the sound of the rock. The pre-final butterflies. I live for those,” Will said.

“All of us here are best friends. We travel around together. We enjoy the time we have together. We’re like a big family,” Allie said. “That’s something you don’t want to leave behind.”