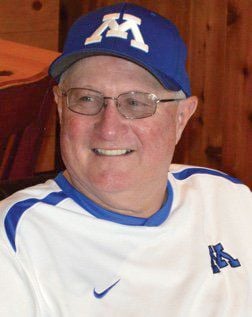 Dave Stearns was a tennis coach at Minnetonka High School for more than 30 years. He died unexpectedly on Dec. 12 at the age of 72. 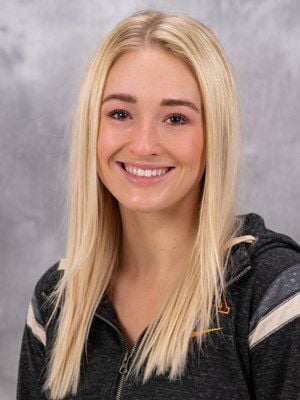 Dave Stearns, tennis coach for 59 years between boys and girls teams at Minnetonka High School, died unexpectedly of natural causes at his Carver home on Saturday, Dec. 12. He was 72 years old.

Stearns was a retired special education teacher in the Minnetonka District.

“To know Dave is to know someone who cared deeply for each student with whom he worked,” said Minnetonka High School Principal Jeff Erickson. “From each IEP meeting to class he taught, he brought enthusiasm, positivity and a smile.

“He made each student feel connected, valued and heard. He always had a good joke. Dave coached tennis for many years and led his teams to many championships at the highest levels of success,” Erickson added.

After leading the girls team to second-place finishes in state to Edina in 2018 and 2019, Minnetonka was undoubtedly the favorite in 2020; the state tournament canceled due to the pandemic. The Skippers won Section 2AA and Lake Conference championships, compiling a 14-0 record.

Of the 98 matches played this fall, Minnetonka won 96 of them, including a 7-0 sweep of Edina.

“He deeply valued the relationships he formed with his players as the players valued his skills as a coach, as well as his commitment to their growth on and off the court,” Erickson said. “Dave will leave a legacy of kindness, positivity and dedication to our community.”

Stearns, who was inducted into the St. Cloud Tech Athletic Hall of Fame last year, earned 10 letters at Tech (three in football, three in basketball and four in tennis. He earned a scholarship to the University of Minnesota, where he was a four-year tennis letterwinner and co-captain in 1971.

Bella Lambert was going to be a state champion just like her older sister. Stearns knew that from Day One, Lambert then a seventh grader at Minnetonka Middle School East.

“I could tell from the moment I met Dave while he was coaching my sister that he had faith in me. He seemed so excited to have me on the team, and I only heard great things from my sister about him. Once I joined the team in seventh grade, I had barely any confidence and only dreamed of following in my sister’s footsteps,” Bella said Tuesday, again following in Aria’s footsteps, a member of the University of Minnesota women’s tennis team.

Stearns worked with Lambert each year to develop her skills as a player. He taught her strategy and technique, but most importantly he taught her to believe in herself, just like he did in her.

“I remember there would be times when I was not playing my best and felt like I was in a slump, but he always managed to help me believe in myself again. No matter how young I was, he made me feel that I could accomplish anything,” Bella said.

Runner-up to Chanhassen’s Hayley Haakenstad in 2015, Lambert got her title a year later, a straight-set victory over rival Sophia Reedy.

“One thing I specifically remember right before I won the state title my junior year was when he told me that I had something a lot of other players didn’t. And then he would point to my heart. He was talking about my passion, my love for the game, but mostly who I was as a person. That really helped me to fight as hard as I ever could,” said Bella.

Stearns cared about his players. Evidenced by his display of emotion following her championship win.

“I remember he started crying after I won. It was the sweetest thing ever because he was so proud of me,” Bella said.

Minnetonka tennis won’t be the same without Stearns, evidenced by the outpour of comments on social media from fellow Skipper coaches and people throughout the high school building.

“I cannot imagine anyone else coaching the Minnetonka tennis team. He truly was and will always be an icon. I will miss him and his passion, humor, and kindness. We will always love and remember you Dave,” Bella said.