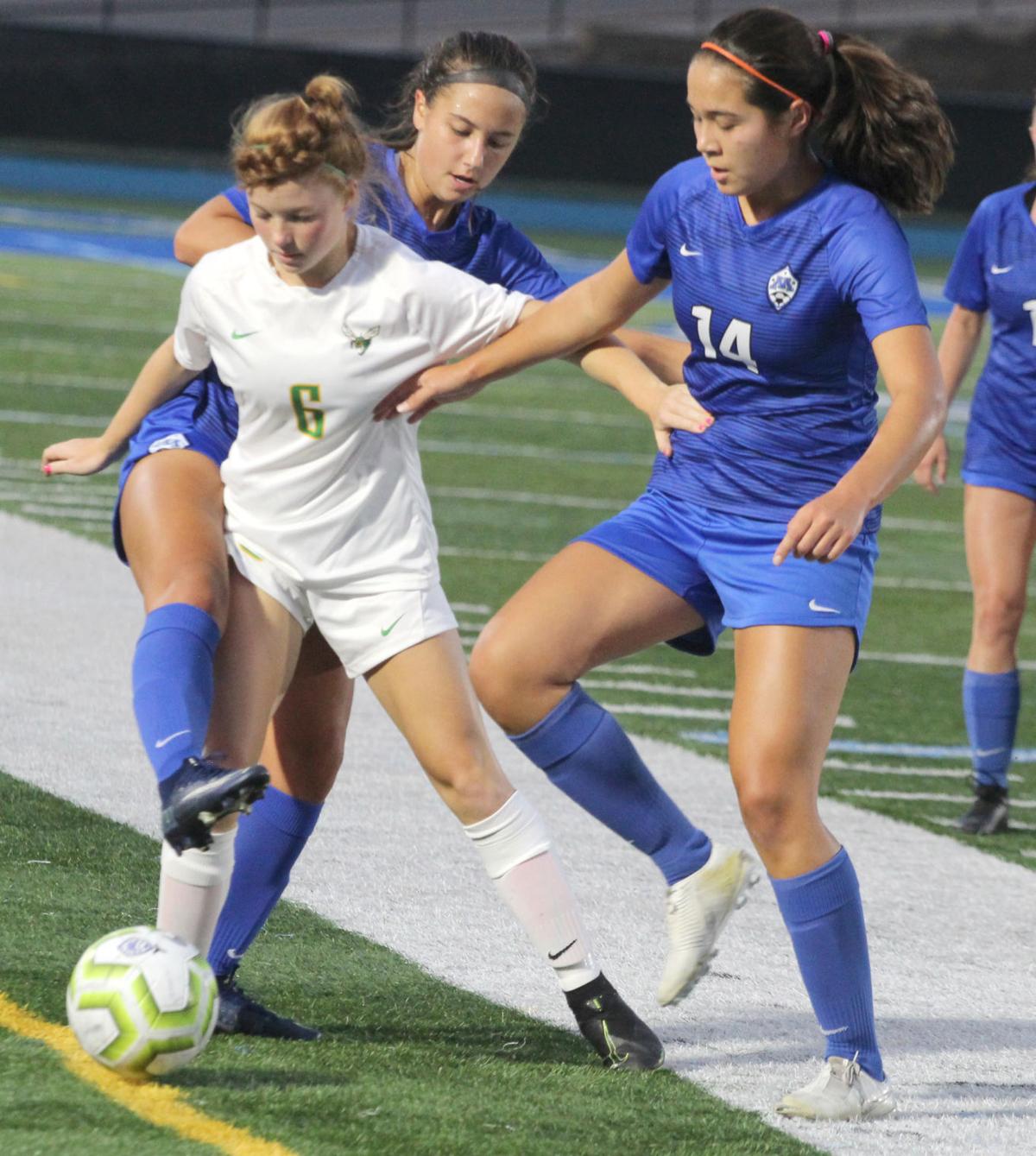 Lissa Mizutani, right, works for possession along with teammate Ally Dittrich on Edina’s Lily Hendrikson. Mizutani, a three-year starter for Minnetonka, committed in August to the University of St. Thomas, which will jump from Division III to Division I in 2021. 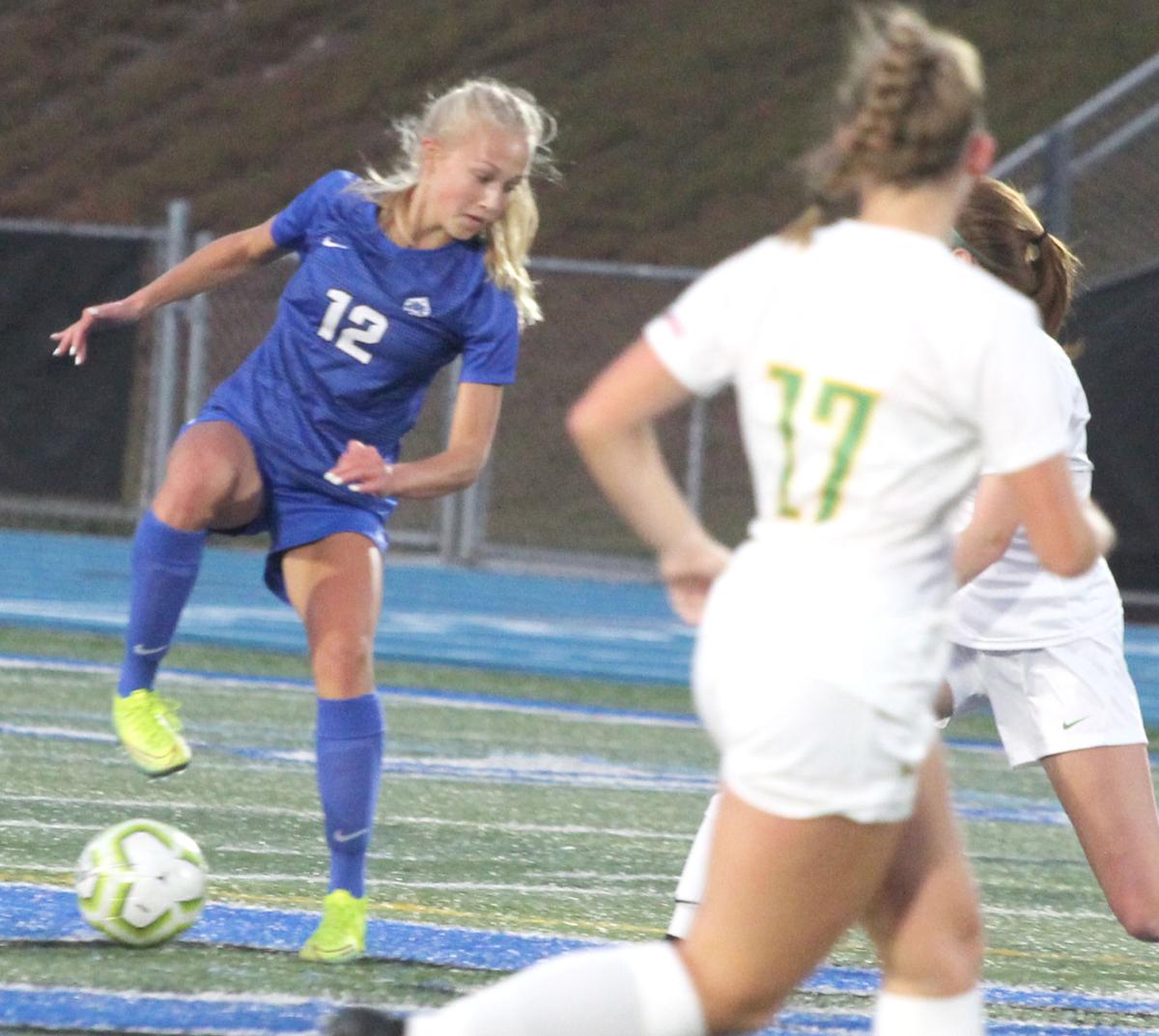 Minnetonka senior Marli Bertagnoli was the first of three current seniors to commit to a Division I soccer program in the University of St. Thomas. She is joined by Liv Muehlberg (South Dakota) and Lissa Mizutani (St. Thomas).

Lissa Mizutani, right, works for possession along with teammate Ally Dittrich on Edina’s Lily Hendrikson. Mizutani, a three-year starter for Minnetonka, committed in August to the University of St. Thomas, which will jump from Division III to Division I in 2021.

Minnetonka senior Marli Bertagnoli was the first of three current seniors to commit to a Division I soccer program in the University of St. Thomas. She is joined by Liv Muehlberg (South Dakota) and Lissa Mizutani (St. Thomas).

That's right, from Division III to Division I beginning with the 2021-22 school year. An unprecedented journey in college athletic history.

What this means is more Division I opportunities for Minnesota athletes. Among them is Minnetonka soccer players Lissa Mizutani and Marli Bertagnoli.

Bertagnoli and Mizutani, Minnetonka's standout outside midfielders, committed within a month of each other. Staying close to home, being a part of something new and exciting, made the decision to join the Tommies program the right one.

"I love the team environment. I've met all the girls, I stayed overnight once and it was super fun, but at the same time it's a really good program. It will be fun to see how we transition from DIII to DI," Bertagnoli said.

McGill has been a part of the St. Thomas program for almost two decades.

"She wants good team chemistry, players who have a love for the game. She wants players that are willing to attack and make things happen. Players that are fast, strong, ready to go at it all the time," Mizutani said.

Both players were part of the 2018 state championship team for Minnetonka. Mizutani a lockdown defender, Bertagnoli a key substitution up top.

This year Mizutani has moved up to midfield where she can create plays. Bertagnoli is opposite her, doing the same.

"I just play where I am needed. Of course I want to get up on attack and score, that's my main goal, but I also have that idea of not letting the other team score as well," Mizutani said.

Now seniors, only a handful of players remain from those teams, including defender Ella Roach and midfielders Ally Dittrich and Liv Muehlberg -- who committed to Division I University of South Dakota on July 30 -- they are the ones that must lead if the Skippers are going to continue the success of past seasons.

"It doesn't feel super different right now," said Bertagnoli of playing soccer, despite the restrictions because of COVID-19. "We have great energy. We feel like we have a lot of new great players."

"We are taking it game-by-game. We are thankful for the opportunity to play every single day. In the back of our minds we really hope (sections and state) can happen, but for now we're just taking it one day at a time, getting better, doing the best we can," Mizutani said.

To play with the top teams in the Lake Conference means coming together, playing as one unit, and the lack of non-conference tune-ups has showed against the league's best. Second match-ups in October could bring different results.

Edina, last year's Section 2AA runner-up, has pieces back at all three levels and has showed in a 5-0 start in which the Hornets have scored 12 goals and allowed just one.

Maddie Dahlien has eight of those tallies, two against Minnetonka. The third score coming on a penalty kick from Izzy Engle.

It is that day-in, day-out competition in the Lake Conference that makes players such as Mizutani and Bertagnoli, along with Edina defender Annika Eckroth, another St. Thomas commit, attractive to a new Division I program.

"We play with a fast speed of play. We have good coaches that push us, so I feel like we'll make that transition well," Bertagnoli said.