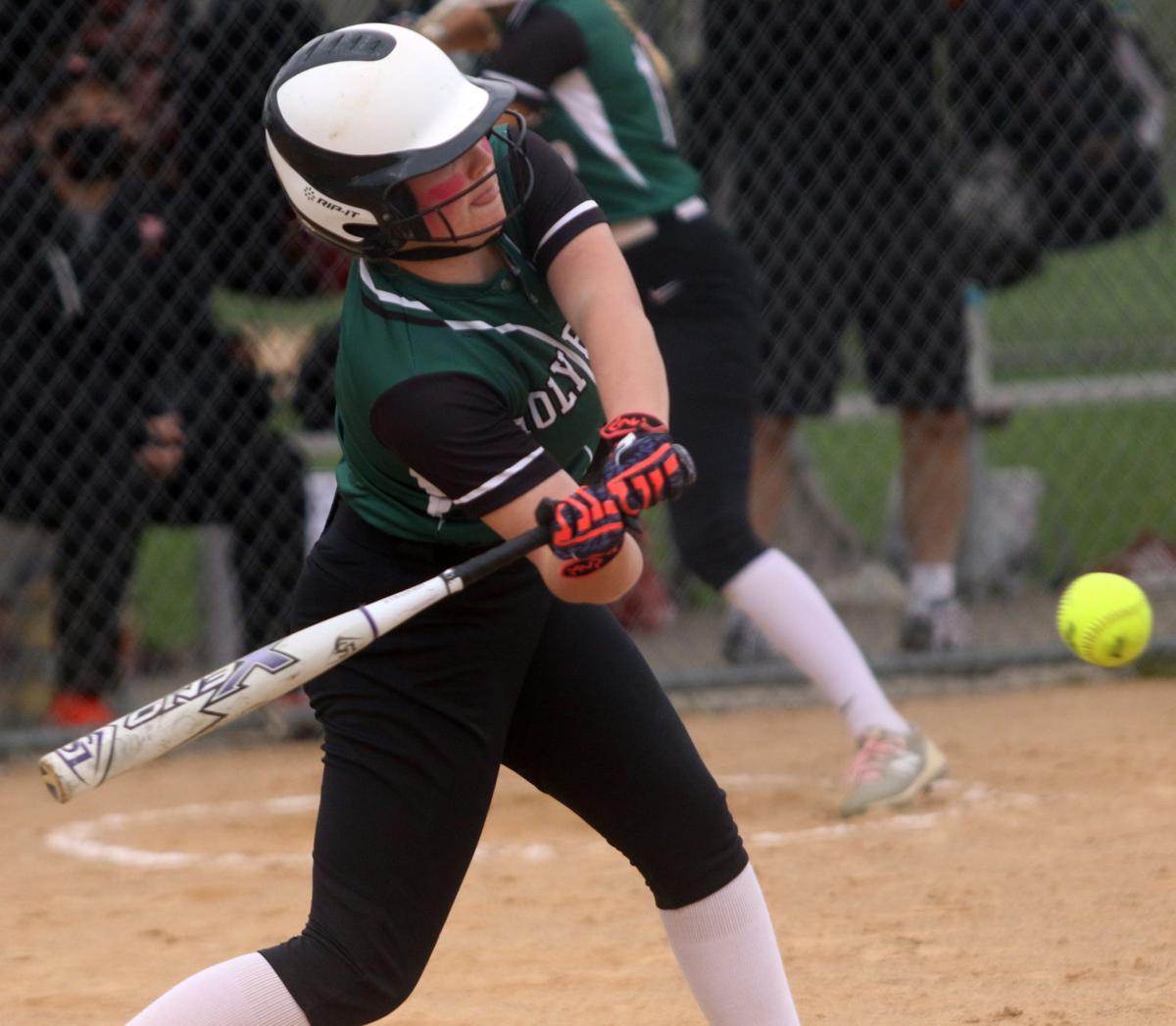 Holy Family Catholic scored twice in both the first and third innings, but was unable to keep up with Delano in a 19-4 slugfest on May 3. Pictured is first baseman Phoebe Johnson. 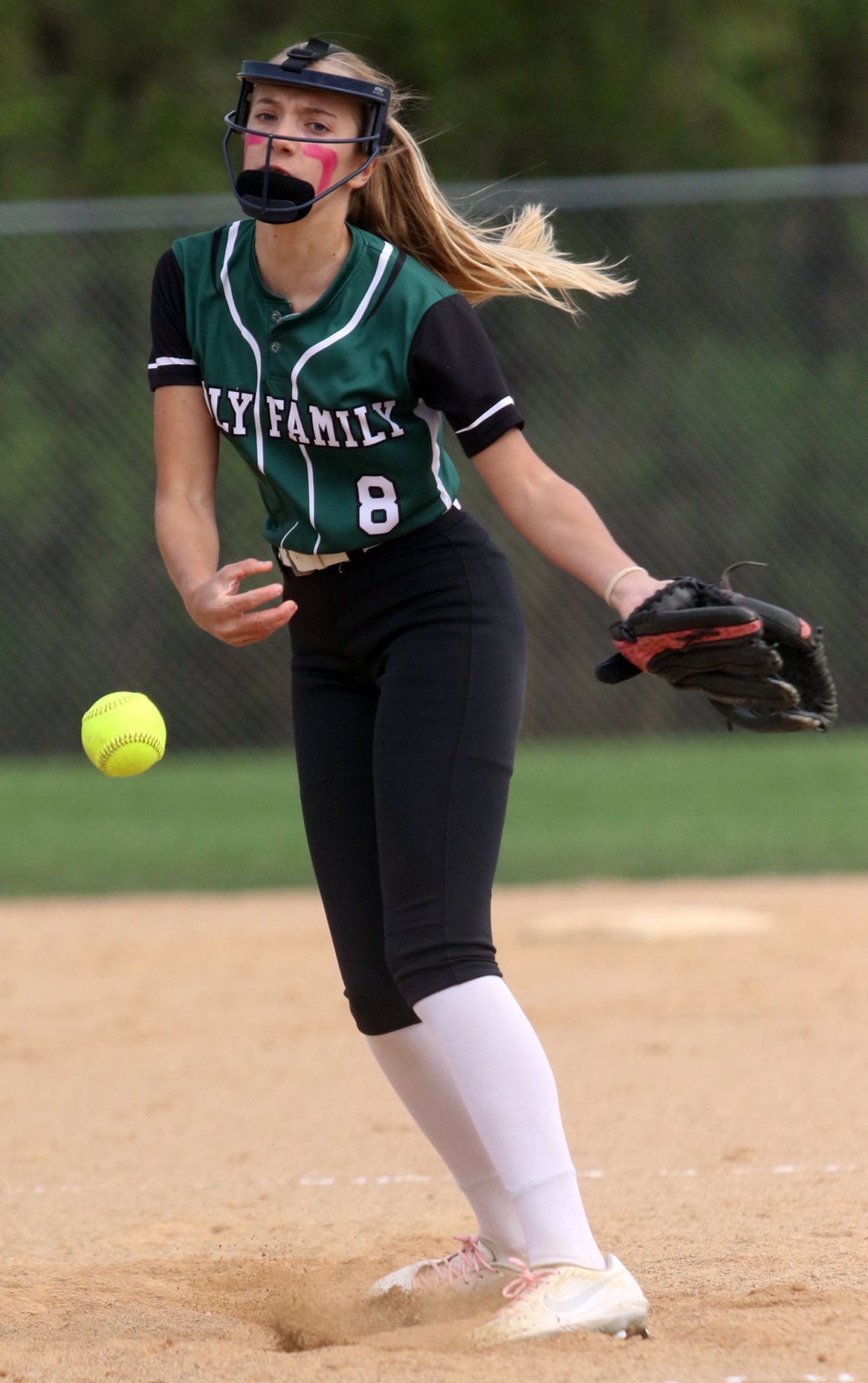 Holy Family Catholic freshman pitcher Tamara Mackey with a pitch against nine-win Delano on May 3.

Holy Family Catholic scored twice in both the first and third innings, but was unable to keep up with Delano in a 19-4 slugfest on May 3. Pictured is first baseman Phoebe Johnson.

Holy Family Catholic freshman pitcher Tamara Mackey with a pitch against nine-win Delano on May 3.

Sydney Schwartz hit a 3-run homer in the third inning at the plate, and struck out 15 batters in allowing one hit in the pitcher's circle in a Chanhassen softball 5-0 win over Benilde-St. Margaret on May 3.

Drew Sustacek and Karina Tollberg each had RBIs as well, while Grace Clausen collected two hits for the Storm.

Chanhassen is 4-1 in the Metro West Conference and 8-2 overall.

Chanhassen hosts Buffalo at 7 p.m. on Tuesday, May 4.

Doubles teams of Caleb Vick and TJ Ringer and Luke Schwen and Sean Johnson each won in straight sets as Southwest Christian posted another win over a future Wright County Conference team in a 4-3 decision over Delano on May 3.

Connor Galloway and the doubles team of Caleb Denney and Bergen Rosdahl each lost in three sets.

A 4-2 lead slipped away, but Holy Family Catholic responded with a six-run fourth inning, scoring multiple runs in four of six at-bats in a 14-7 win over Delano on May 3 in Victoria.

Ryan Poppitz improved to 2-0 with a six inning performance that included two strikeouts for the Fire.

Delano scored seven runs in the first inning and nine more in the third inning after the Fire grabbed an early 2-0 lead. Louisa Stowman and Kaylie Scanlon each hit home runs for the Tigers, which are 9-1 overall and 7-1 in the Wright County Conference.

Chaska picked up its seventh win of the season, scoring eight runs in the third inning, jumping out to an 11-0 lead. The third inning featured nine Hawk hits including two-run singles from Medora Rylee, Ally Florek and Sydney Huwe. Kendall Karrmann added three RBIs and a double in her first three plate appearances.

Chaska scored the first 12 runs, finishing with 19 hits in a 17-3 road win at Robbinsdale Cooper on May 3. Ethan Bachmann, Ben Carter and Karver Miller each had run-scoring singles in a three-run second inning, while Miller and Thomas Hanson had back-to-back two-RBI doubles in the fifth inning. Pinch hitter Dayne McNaughton finished off a five-run frame with a RBI-double as well. Jaiden Mollett struck out nine batters in the win.