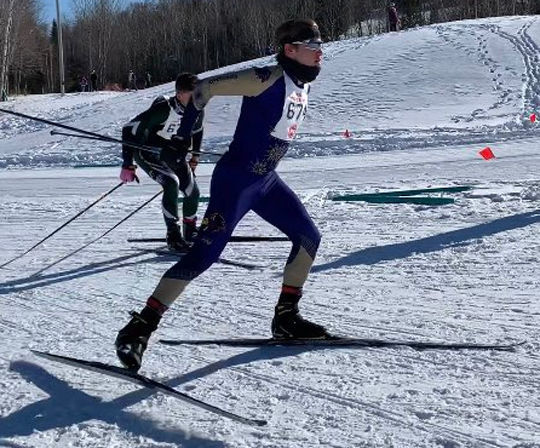 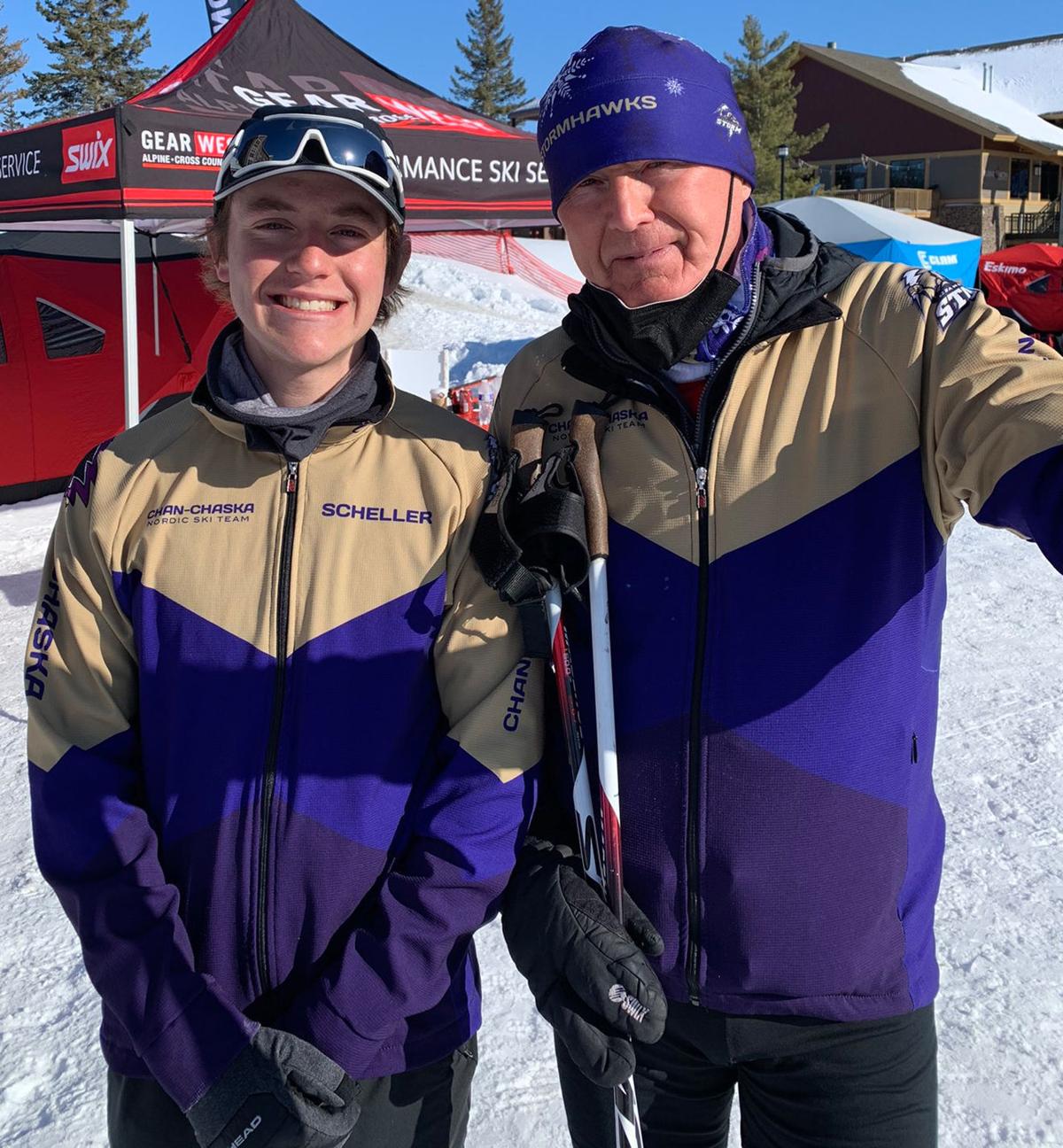 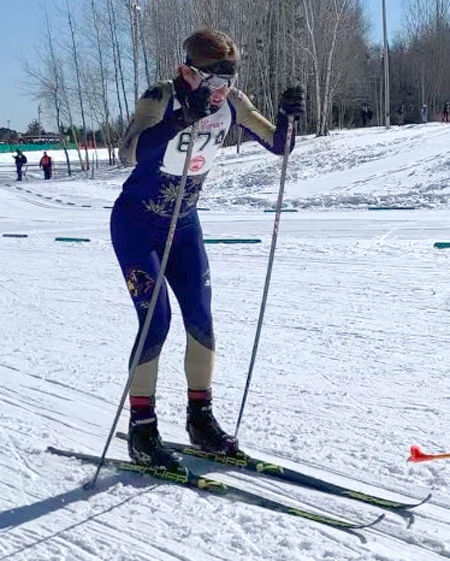 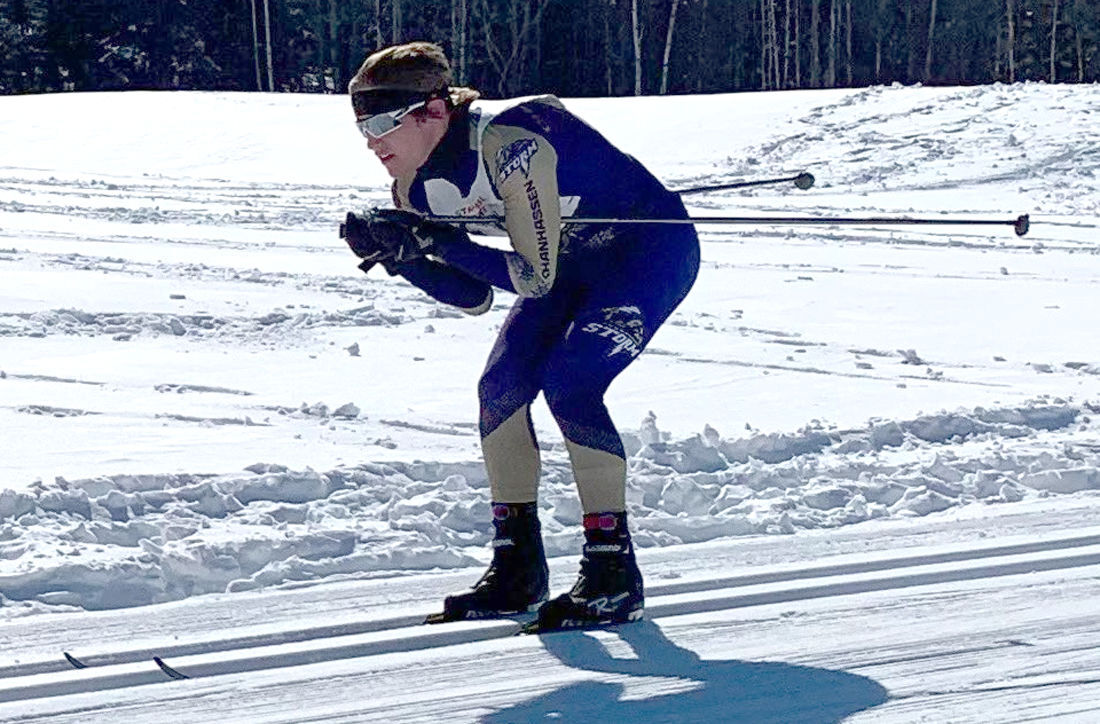 When you're older brother has 50 or so medals on his bedroom wall, it's only natural to wonder how one will live up to his success?

For Ben Scheller, he's making a name for himself through hard work and determination. He's set goals and pushed past them.

"For sure when I first started, I always felt I have this brother (Nick) that one's year older than me and he's five minutes faster than me. He has his own medal wall. How am I going to live up to it? I'm really proud of him and he's been this awesome athlete and still is, but I'm trying to make a name for myself now," Ben said of Nick, a 2019 Gatorade Minnesota State Cross Country runner of the year and runner at the Air Force Academy.

Ben Scheller qualified individually for State Cross Country in 2019. His 2020 time certainly was in line for an all-state finish last fall had a state tournament been held.

This winter Scheller added his first qualification into the State Nordic Ski meet.

"It was my goal for the beginning of the season. I knew it would be difficult. Our section is very hard. There traditionally are a lot of strong teams and individuals. I knew if I put my mind to it, I could accomplish my goal," Scheller said.

Second in the Metro West Conference Championships, Scheller indeed moved through sections to state on March 2.

At the state competition March 12 at Giants Ridge in Biwabik, Scheller was 53rd overall in the Classical race (12:01.9).

"My strength isn't with sprint. I excel more at courses where there are hills and downhills, where you are going up and down. Longer distances, too. If you look at some of those dudes that were ahead of me, they were twice my size," Scheller said.

The skate race, the second part of the state meet, was forced onto the Classical course due to a lack of snow. Still, Scheller finished strong with the 35th-fastest Freestyle time of 10:28.4 to move up to 41st overall of 22:30.3.

The Chanhassen senior was second of the three Metro West Conference skiers in the field. League champion Jonathan Clarke of Bloomington Jefferson was eighth overall in 20:44.6.

"It feels good. But I don't feel like my work is done. There is a ton more I am capable of," said Scheller.

And he'll get those opportunities first in a track season this spring and then over the next four years at the University of North Dakota where he will run cross country and track. He rejoins old friend and teammate Zach Long.

"I obviously kind of had heard about the school from Zach. But I think it was before my junior year, I reached out to a bunch of colleges. I think my fastest time was 16:50, so not super impressive. They could find a couple thousand guys with that. But North Dakota was one of the coaches that got back to me and showed some interest. When my times started getting a lot better, other schools started reaching out me, but that early interest really showed me a lot," Scheller said.

He felt right at home after meeting the team with many familiar faces from the local cross country scene.

AJ Hemink of Minnetonka posted a top-half finish in his debut at the State Nordic Ski Meet at Giants Ridge in Biwabik on March 12.

Hemink, a junior, was the fourth Lake Conference skier across the finish line out of 12 participants.

Wayzata and Eden Prairie were third and fourth overall with scores of 369 and 359.