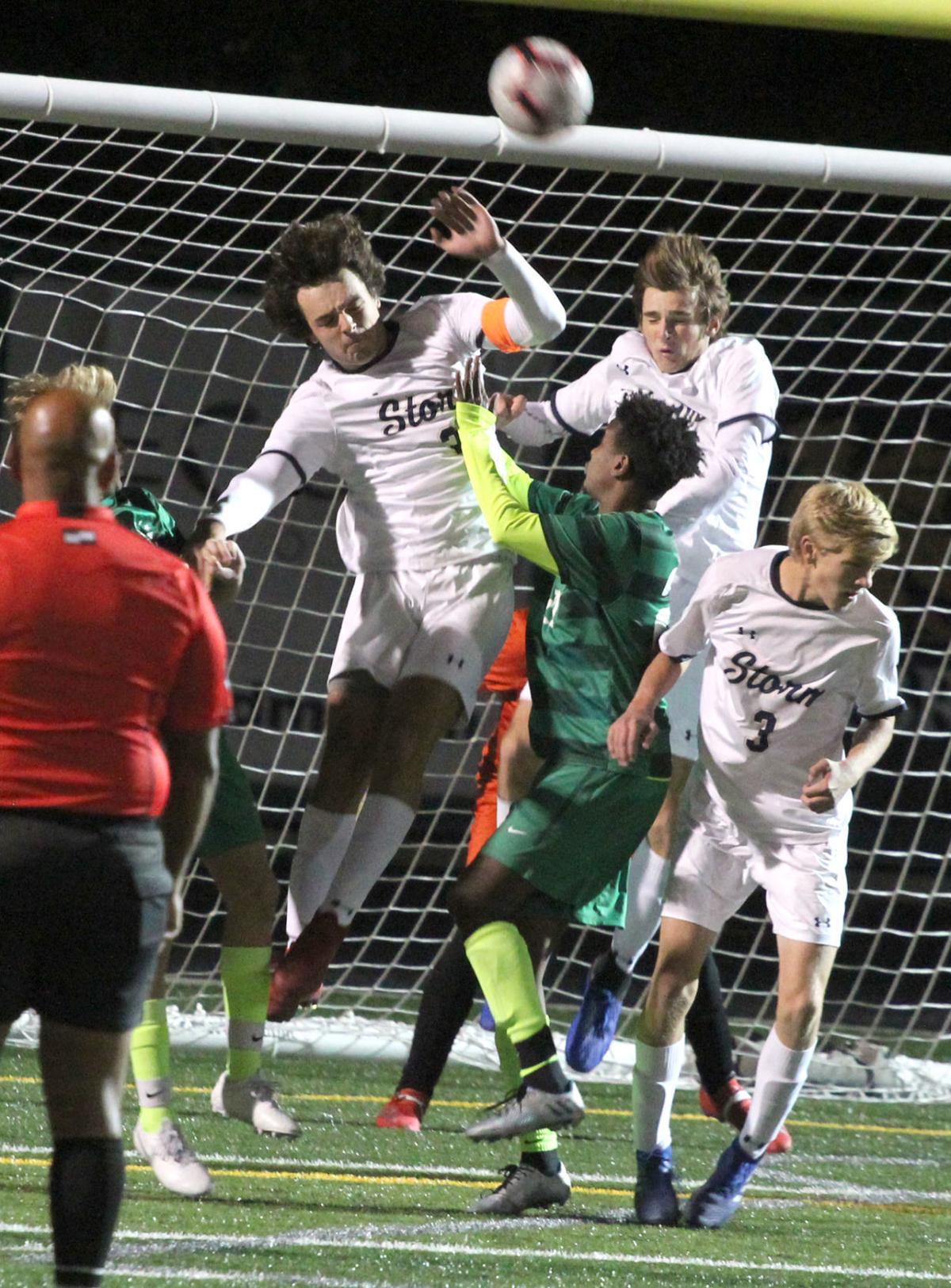 Christian Lange and the Chanhassen defense rises up to head the ball away on an Edina free kick, posting a goalless second half in Section 2AA play Oct. 8. 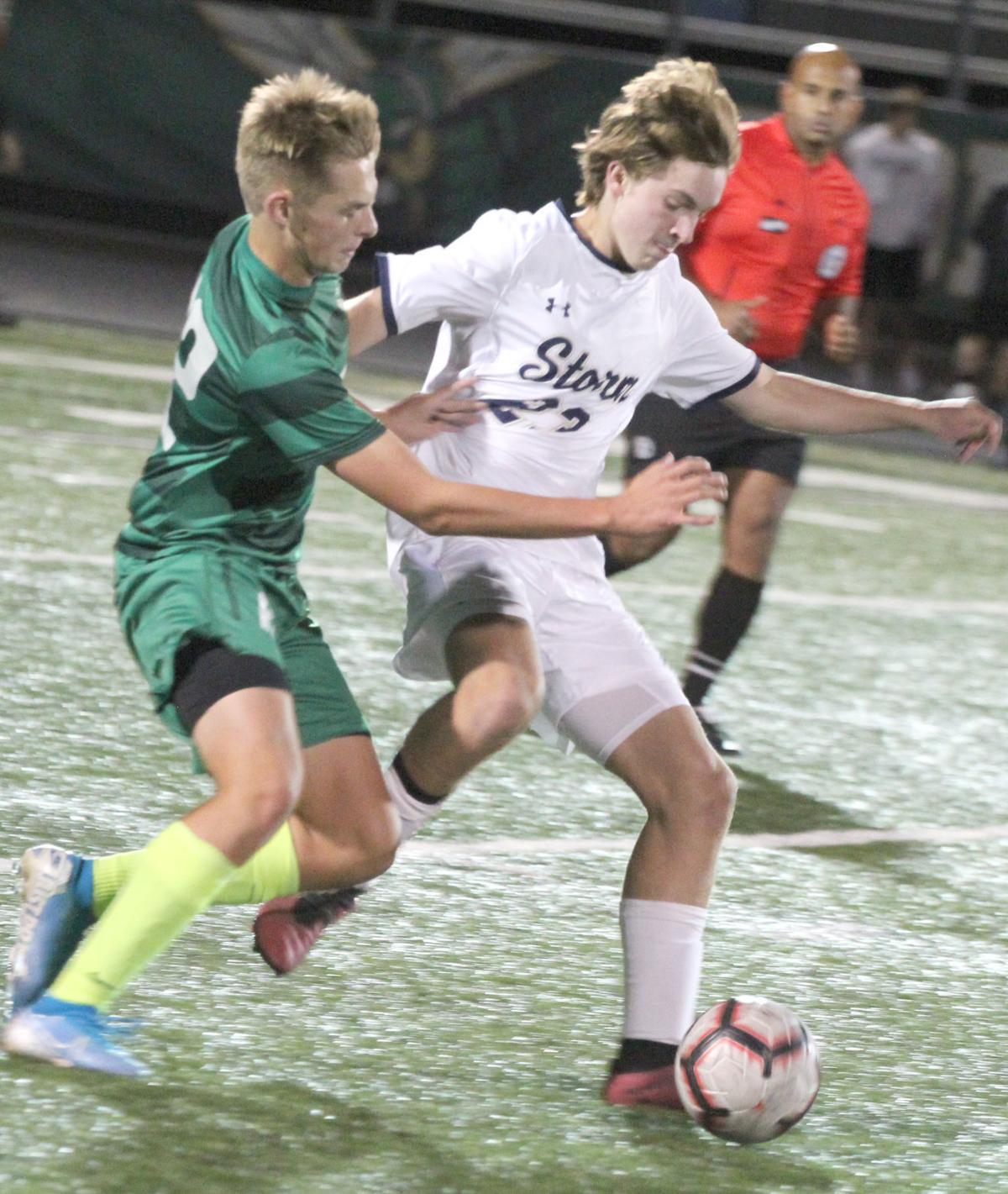 Junior Timothy Klein possesses the ball for Chanhassen in a Section 2AA game at Edina Oct. 8. 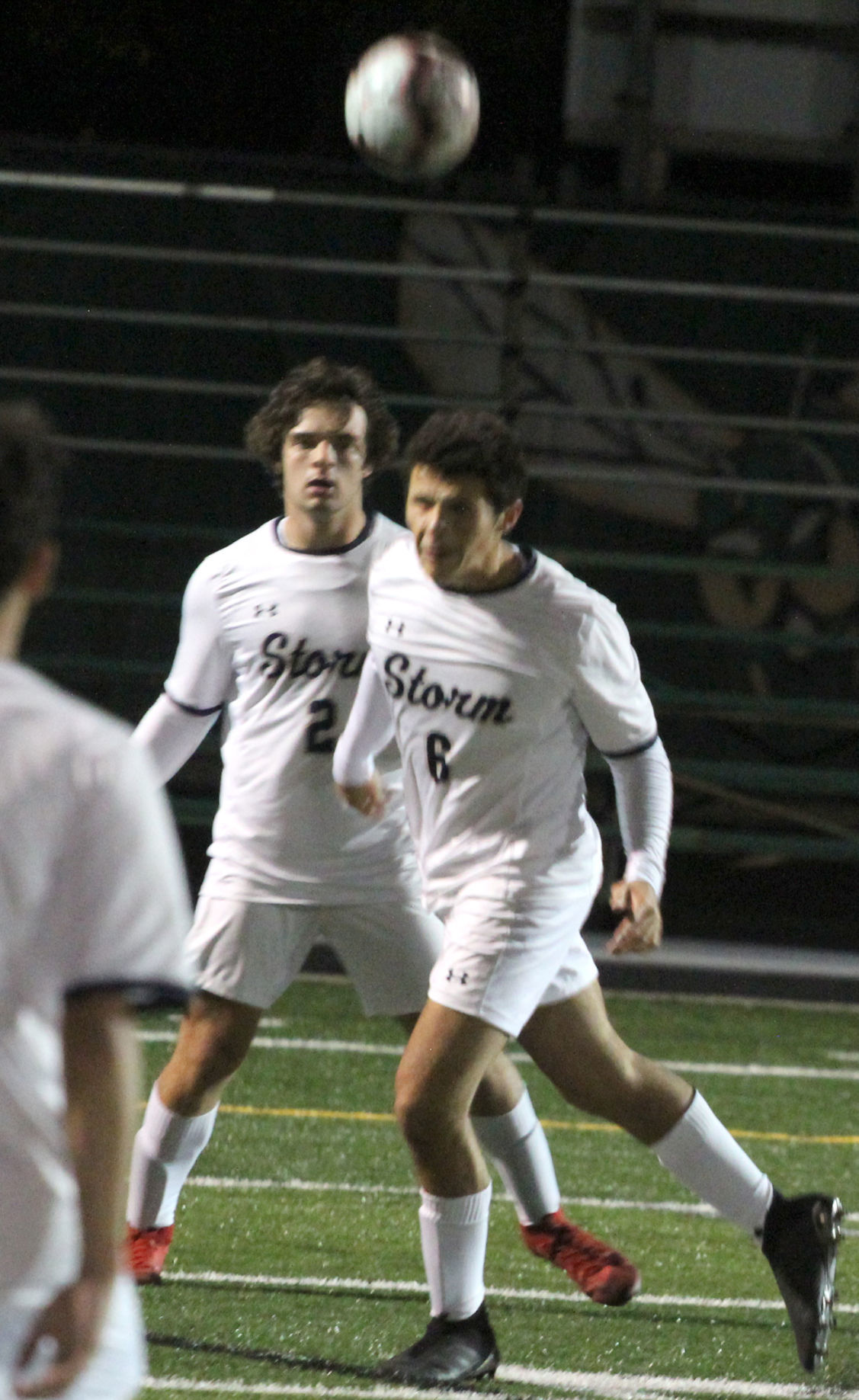 Kyle Loubser (6) with the header clear for the Chanhassen defense at Edina Oct. 8. Loubser was one of five seniors on the Storm roster this season. 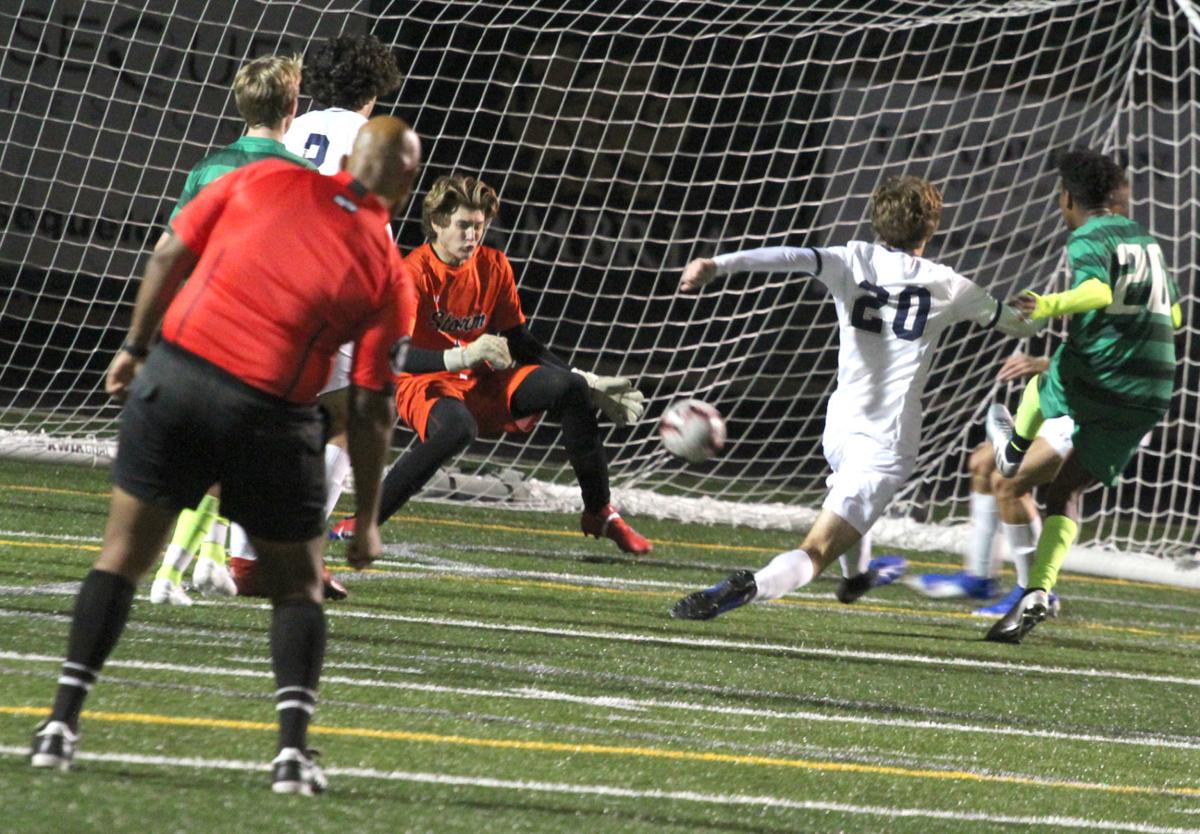 Noah Nielsen makes one of his six saves for Chanhassen in a Section 2AA loss to top-ranked Edina Oct. 8.

Christian Lange and the Chanhassen defense rises up to head the ball away on an Edina free kick, posting a goalless second half in Section 2AA play Oct. 8.

Junior Timothy Klein possesses the ball for Chanhassen in a Section 2AA game at Edina Oct. 8.

Kyle Loubser (6) with the header clear for the Chanhassen defense at Edina Oct. 8. Loubser was one of five seniors on the Storm roster this season.

Noah Nielsen makes one of his six saves for Chanhassen in a Section 2AA loss to top-ranked Edina Oct. 8.

The final score read: Edina 3, Chanhassen 0. The 11th time the Storm were held without a goal in the 2019 season.

What the score won't tell you is the fight.

It was a three-goal deficit at halftime. Chanhassen held the top-ranked Hornets off the scoreboard over the final 40 minutes.

"That half you showed your true spirit," he told the team after the game.

Those 40 minutes embodied most of the 2019 season. While the results weren't always there, effort was.

"It's an experience. I remember last year getting on the pitch for the first time, knowing it was my first game there was this sense of expectation from myself. I had to put it all on the field. I learned what it was like to play with the varsity crew and I think the boys that were new to the team this year came to realize the pressure, the movement of the play, the speed of the game at this level," Chanhassen senior Caelen Cusick said.

Chanhassen, two years removed from a section championship game appearance, fielded a roster with five seniors, three with varsity experience. A majority of the roster in 10th or 11th grade.

That meant there were going to be growing pains. After lopsided losses to Eden Prairie, Minnetonka and Shakopee, Chanhassen posted back-to-back wins over Rosemount and Robbinsdale Cooper.

Later in the season, Chanhassen, despite playing multiple top-10 teams, held their own defensively.

"We played better as the season went on. Everyone could see the improvement. We were matched up and kept up with some really good teams," Cusick said.

Over the last three matches, the Storm played No. 2 St. Louis Park, 12-win East Ridge, the Suburban East Conference champions, and No. 1 Edina.

"It was a big step up playing those teams. I guess it makes me wish we could have played with the same effort, the same strength against some of the lower seeded teams. We could have won some games there against Chaska, Bloomington Jefferson and Kennedy. The way we were playing here at the end, it was definitely different than before," Cusick said.

Chanhassen did not register a shot on net and trailed in the corner kick department 8-0.

All four top seeds, including three from the Lake Conference, and top-10 Shakopee, advanced to the semifinals.

Manton lauded the seniors, expressing regret that things didn't go as hoped this season. Yet there's optimism for 2020. Chanhassen has a roster full of experience, that will be further along under Manton and his staff.

"So much of it comes down to team bonding. Getting closer as a team. I thought our team was really close," Chanhassen senior defender Kyle Loubser said. "You have to have trust in your teammates to get the job done. Work as a team rather than individuals. Fitness, be able to play a full game is also key."

"You have to talk. We're kind of silent on the field. Communication. That high energy, uptempo team is the one that usually wins," Cusick said.