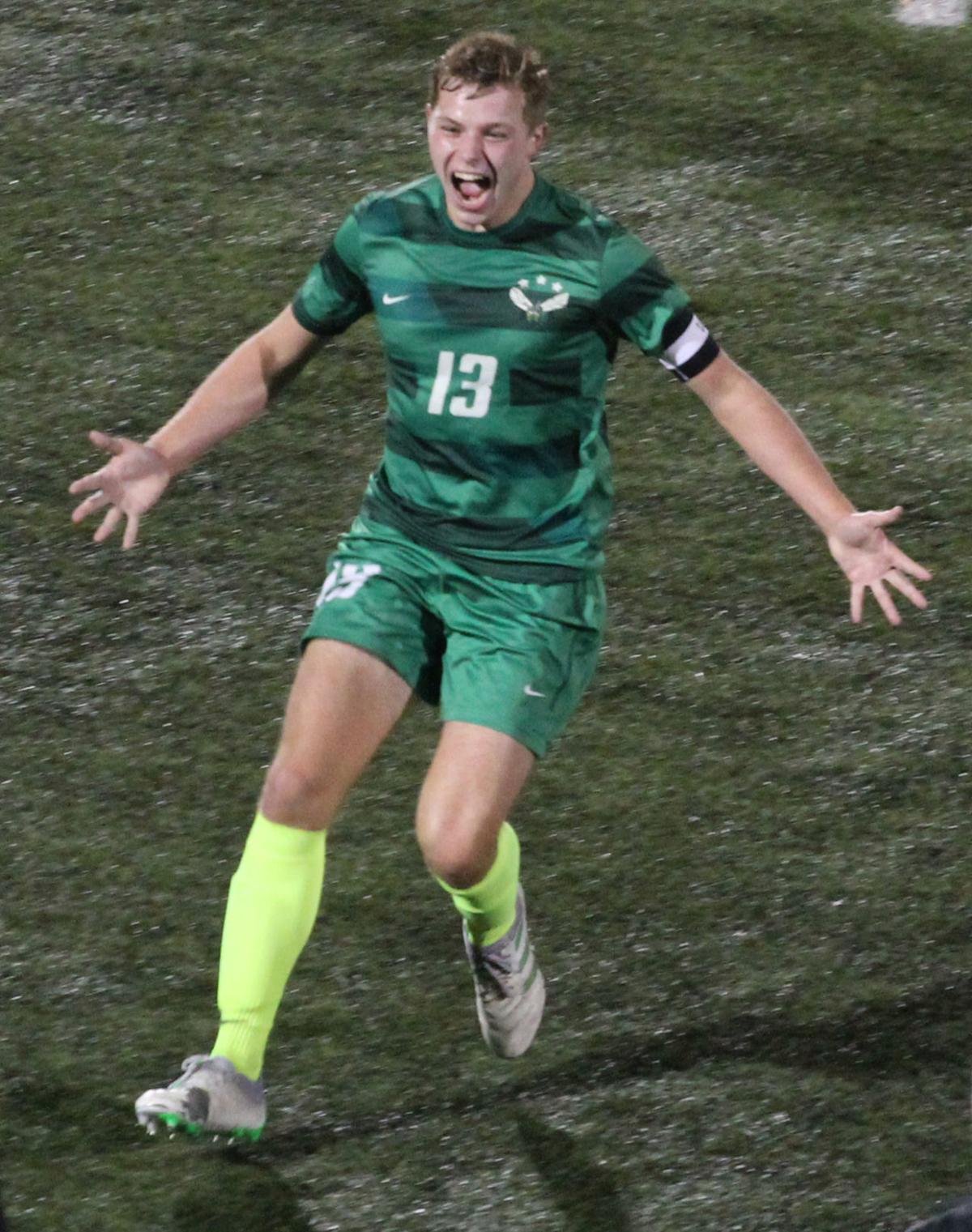 Edina captain Will Swanda celebrates a 2-0 win in the Section 2AA championship Oct. 15 over Minnetonka. 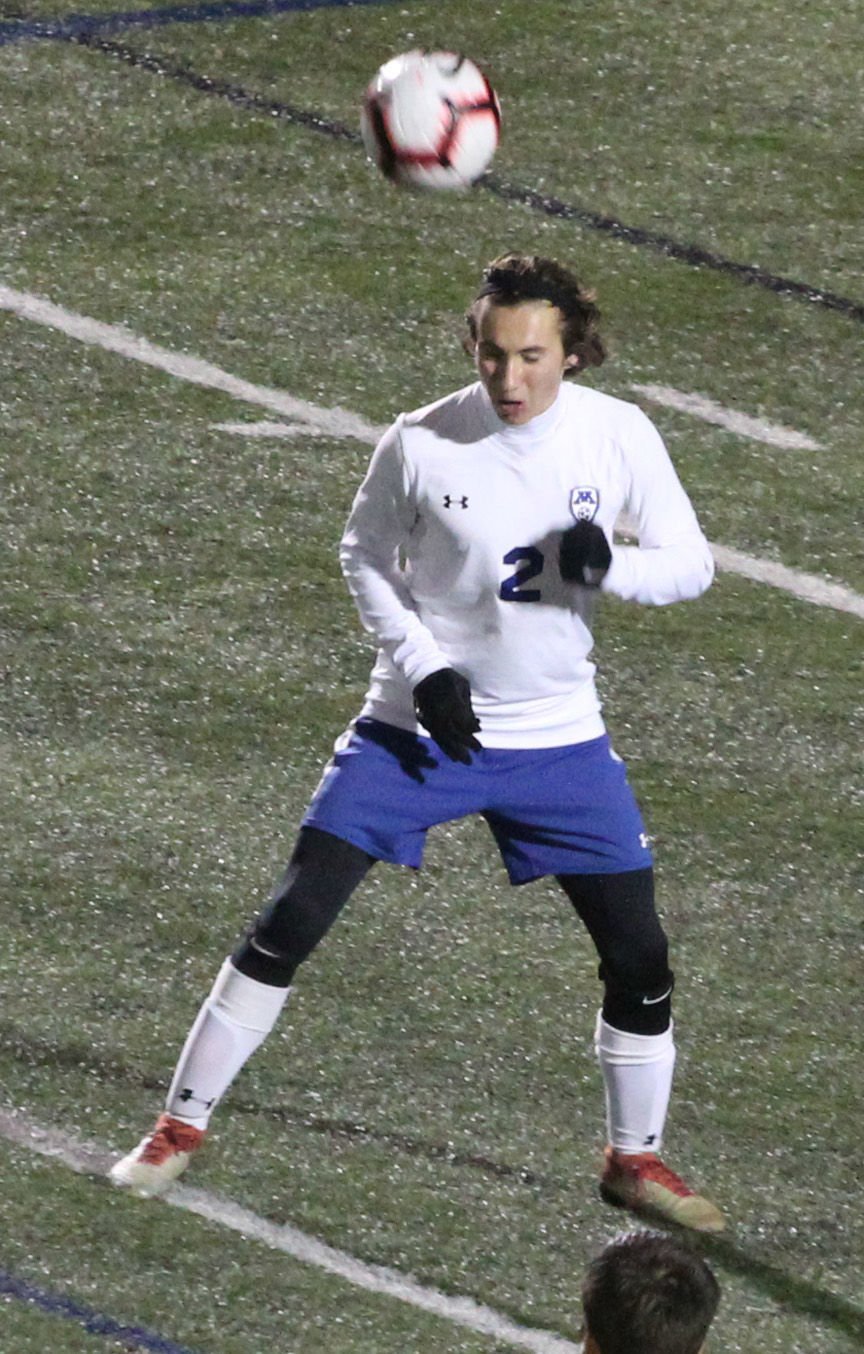 Cullen Doyle heads the ball away from damage on the back line for Minnetonka Oct. 15 in the Section 2AA championship. 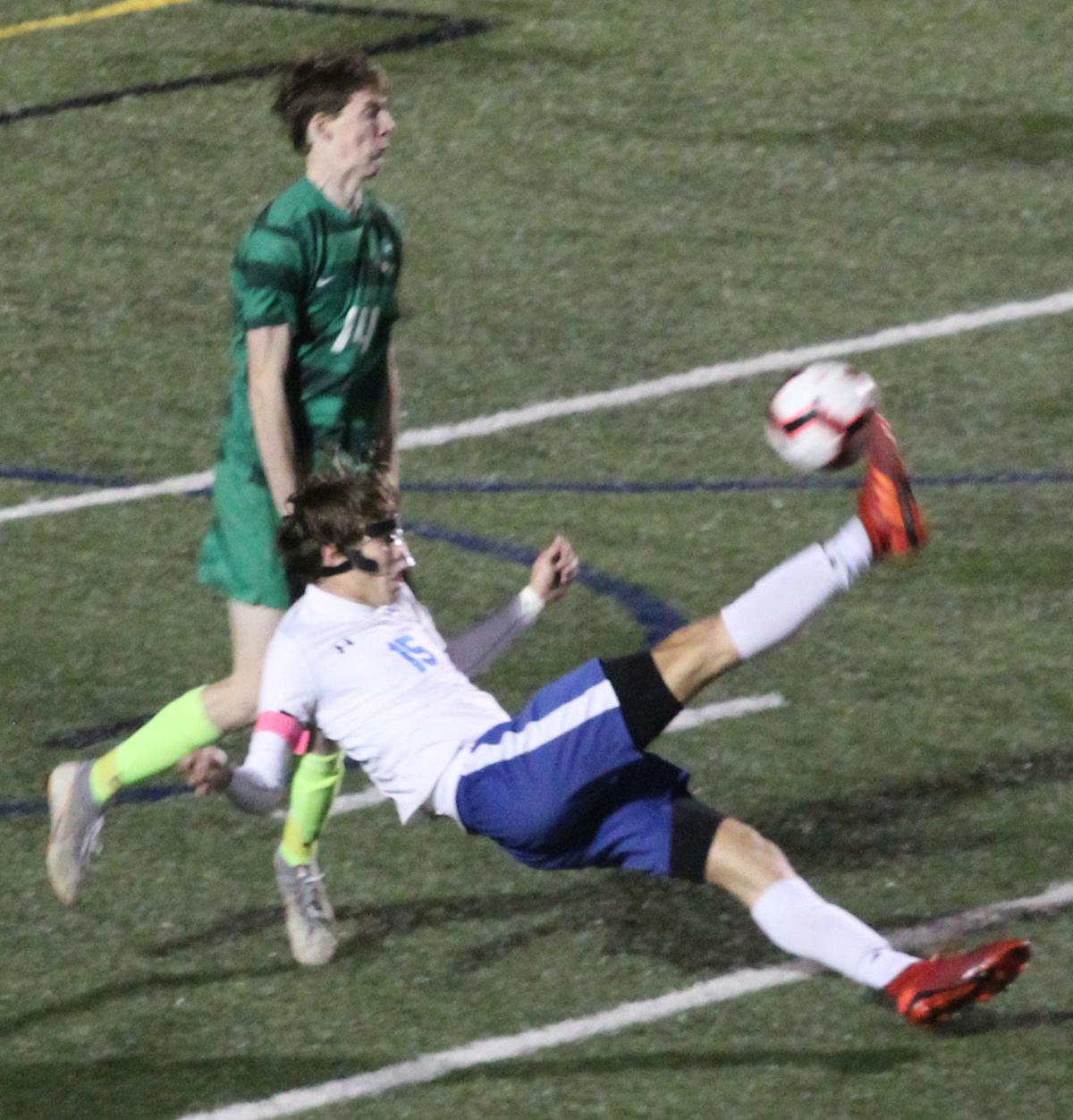 Minnetonka senior Niko Scheibal attempts a bicycle kick late in the game in the Section 2AA final against Edina.

Edina captain Will Swanda celebrates a 2-0 win in the Section 2AA championship Oct. 15 over Minnetonka.

Cullen Doyle heads the ball away from damage on the back line for Minnetonka Oct. 15 in the Section 2AA championship.

Minnetonka senior Niko Scheibal attempts a bicycle kick late in the game in the Section 2AA final against Edina.

Edina's been the best team in the state of Minnesota all soccer season. Yet against Minnetonka in two regular season meetings, lapses allowed the Skippers chances at a victory.

In the Section 2AA championship Oct. 15 at Chanhassen High School, the Hornets played a flawless 80 minutes, securing the title in a 2-0 win over the Skippers.

Beating a team three times in a season didn't prove to be that tough for a talented Edina squad that is 19-0 on the season.

Scoreless at halftime, Edina got on the board just three minutes and 44 seconds into the second half. Eddy Rosenthal finished a rebound of his own shot off a cross on a 3-on-2 advantage for the Hornets.

Minnetonka goaltender Kai Haroldson, who made a spectacular save late in the first half, stopped the initial shot from Rosenthal.

Haroldson was hurt on a collision on a free kick into the box four minutes after the goal, exiting with a leg injury.

Edina ended up scoring with the Skippers starter on the sidelines, a Valentin Correlajo finish at the net on a long winding pass from Rosenthal in the 51st minute.

Minnetonka was credited with four shots on goal for the match, all in the final 25 minutes.

Minnetonka finished with a 13-3-3 record this season. The defending Section 2AA champions suffered all three losses to Edina.

The Hornets won 3-2 in both regular season meetings. Edina came from behind 2-1 in the first game before Minnetonka rallied in game two to tie the game at two.