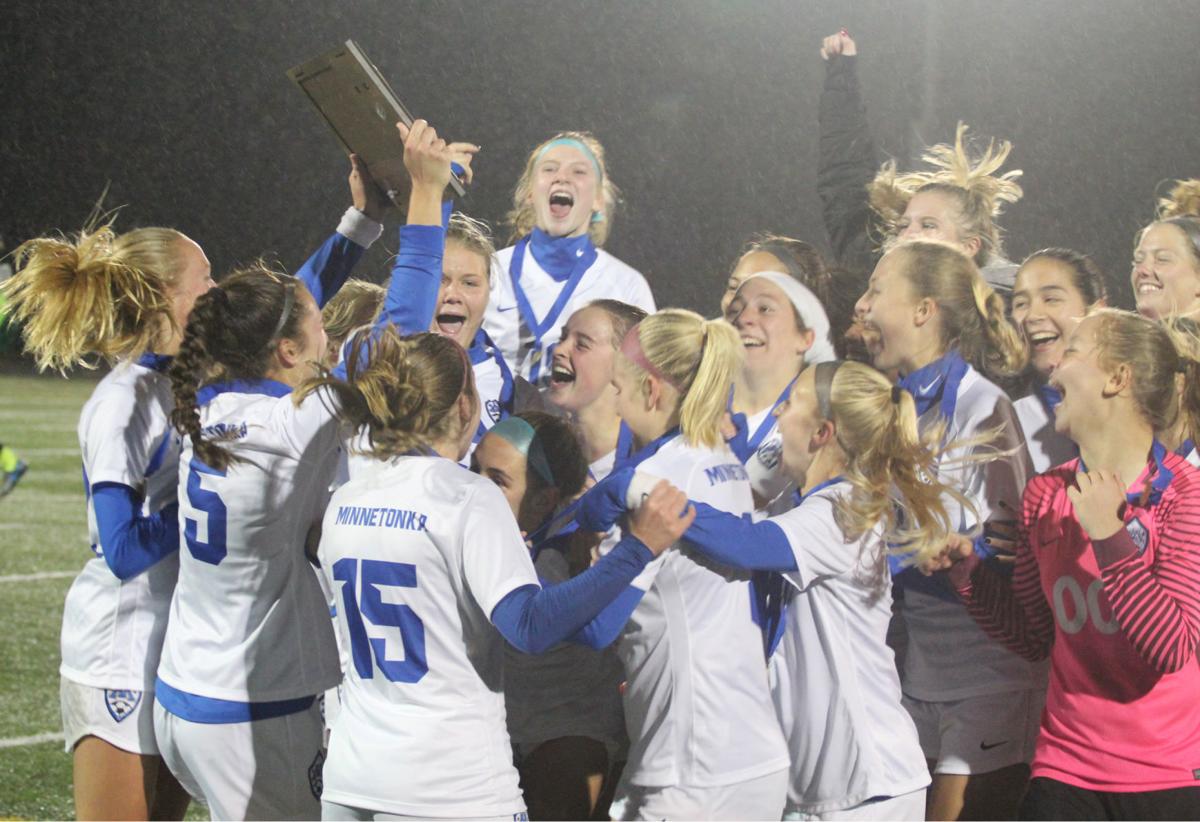 Minnetonka celebrates its third section championship in four years, a 3-0 win over Edina Oct. 15 at Chanhassen High School. It was the ninth shutout in the last 10 matches for the Skippers. 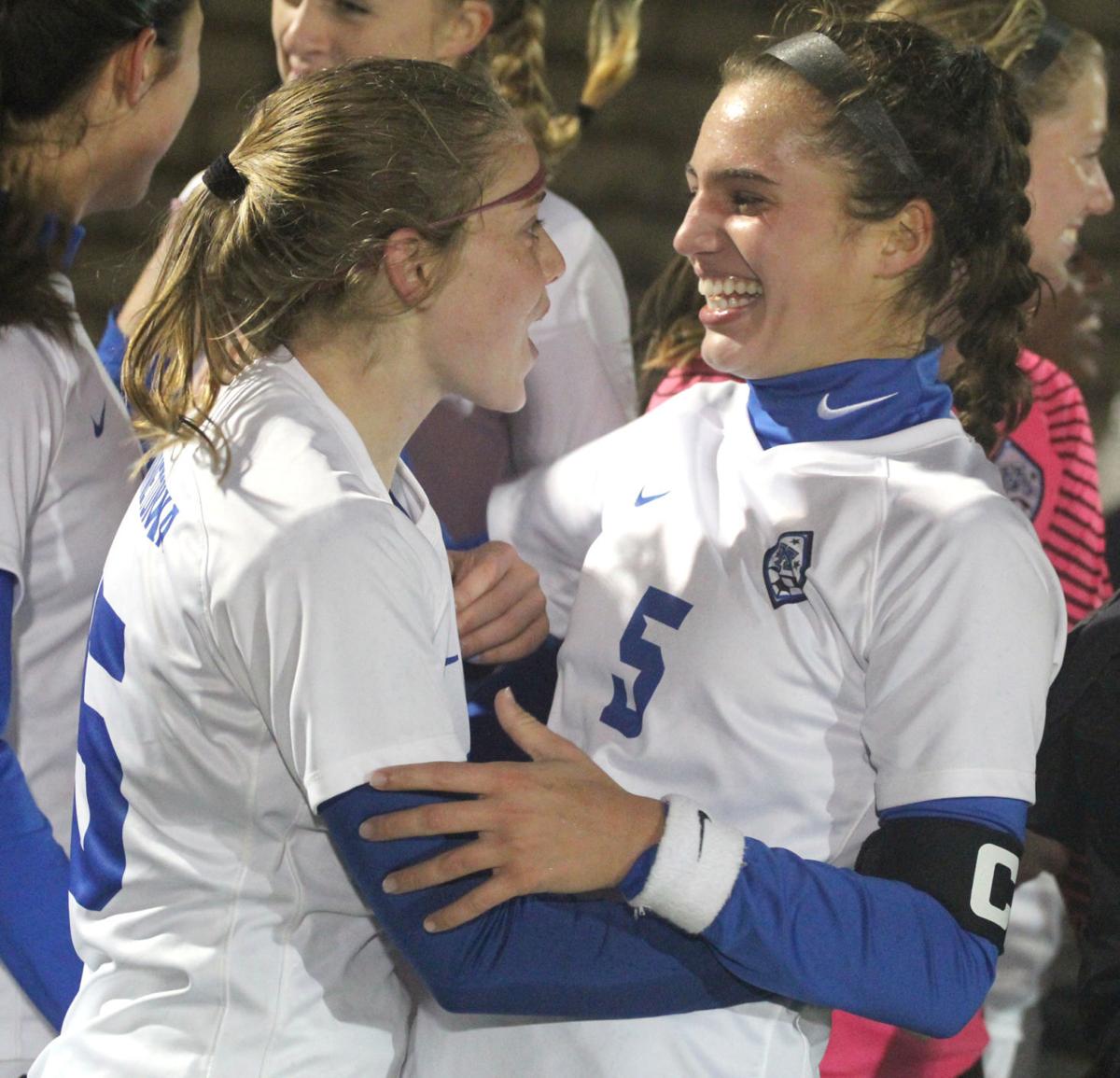 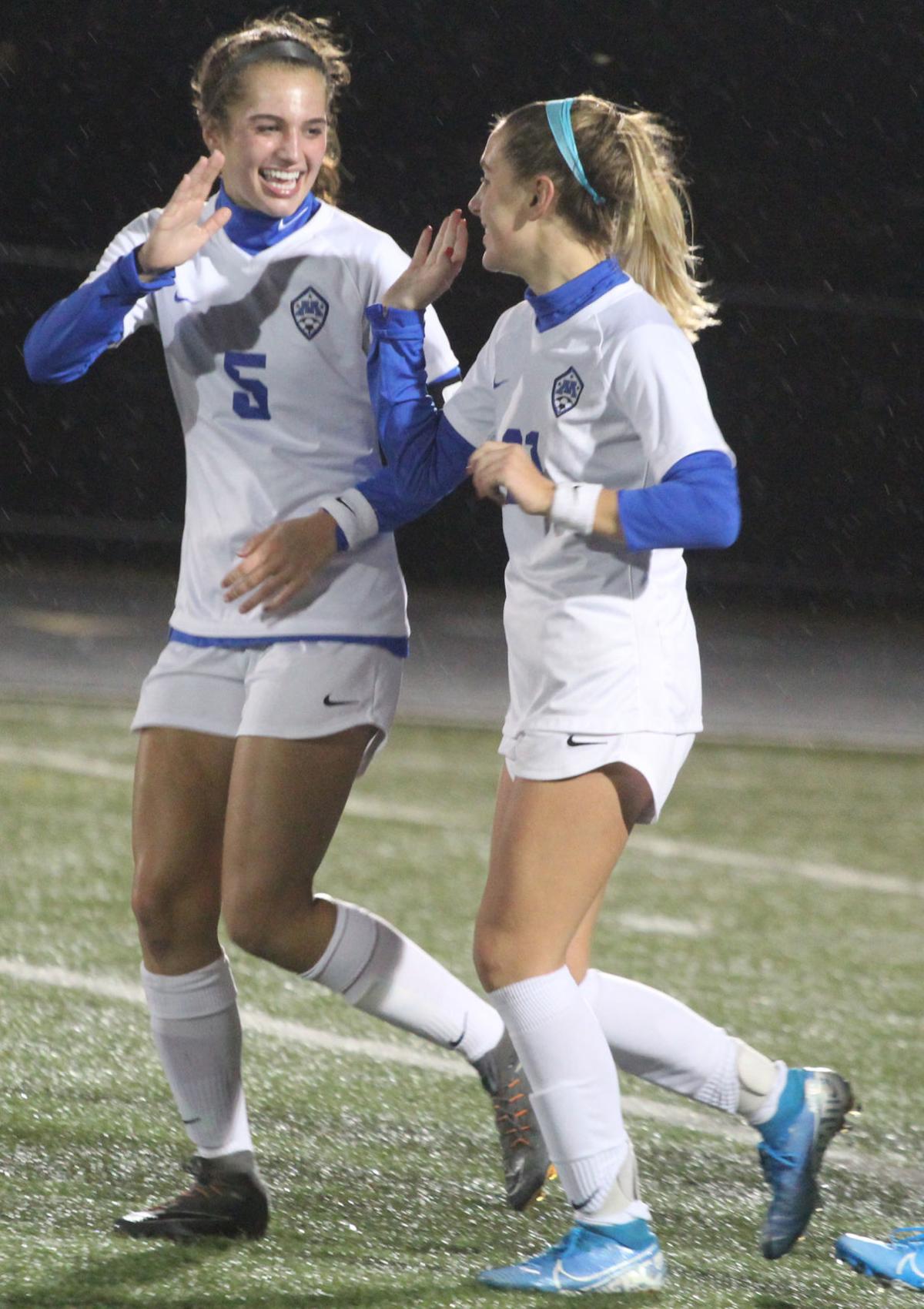 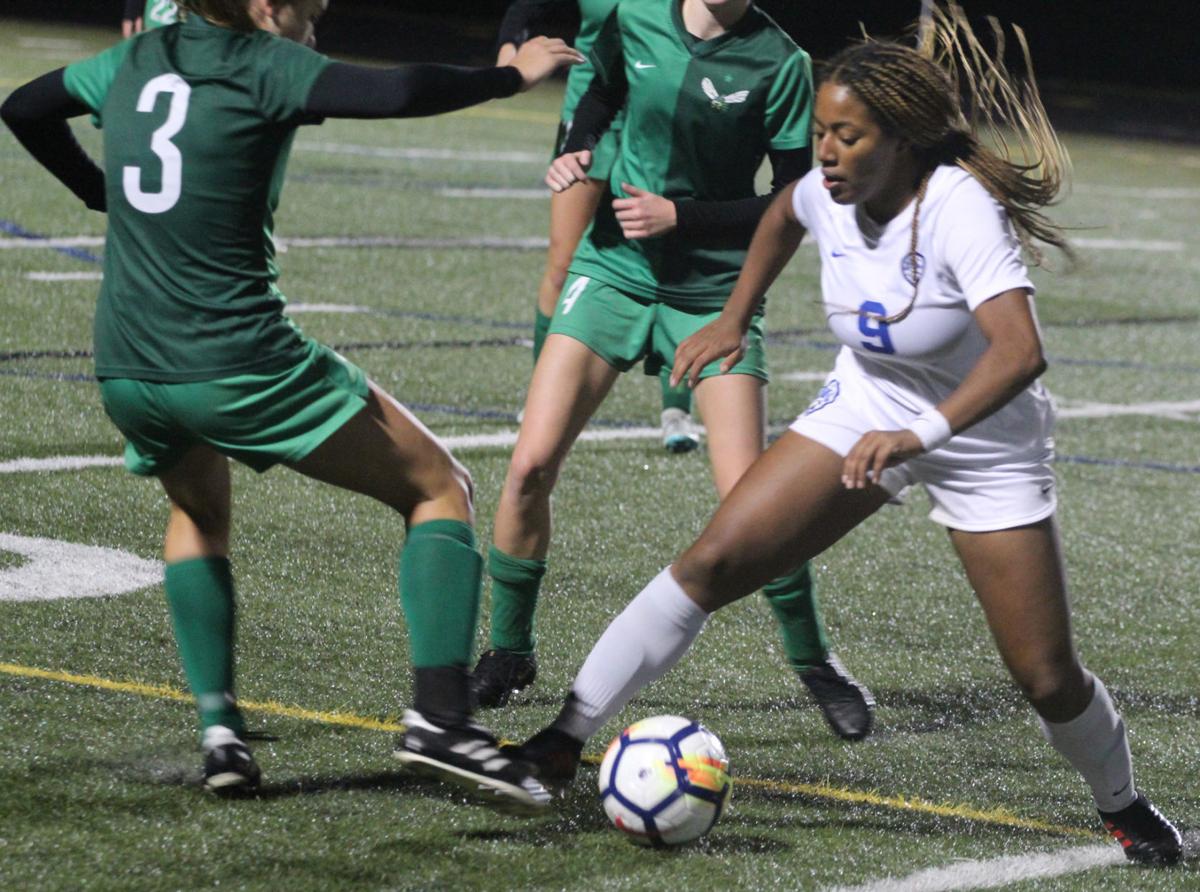 Sophia Montague was back for the Skippers on the front line in a 3-0 win over Edina.

Minnetonka celebrates its third section championship in four years, a 3-0 win over Edina Oct. 15 at Chanhassen High School. It was the ninth shutout in the last 10 matches for the Skippers.

Sophia Montague was back for the Skippers on the front line in a 3-0 win over Edina.

Minnetonka is a team known for scoring off set pieces. Emilia Johnson decided why not just go for it. Everyone's expecting the pass.

The fourth-year starting defenseman drilled a free kick from 33 yards out, the ball ricocheting high off the left post into the net for the eventual game winner.

Minnetonka scored twice in the final seven minutes of the fist half, adding a penalty kick goal, for the 3-0 victory in the Section 2AA final Oct. 15 at Chanhassen High School.

"Me and my brother came to the turf on Saturday at Minnetonka and practiced that exact shot," Johnson said. "I knew it was going in before it even went in."

The Skippers, the defending Class AA state champions, have an unbeaten streak of 10 games, having surrendered a single goal on a penalty kick against Buffalo.

An experienced back line with Johnson, Kayla Mahabadi and Lissa Mizutani are anchored by three-year starter Olivia Graupmann.

"This year is definitely (Olivia's) year. Even in practice, we can't score on her. We do shooting drills. We do three-line drills and nothing goes in. She's really good at what does," Johnson said.

Like the previous meeting with Edina, the Skippers weathered early pressure, most notably from sophomore Maddie Dahlien and her all-state track speed.

And like the Oct. 3 contest, Minnetonka held a 2-0 advantage at halftime. Johnson broke the tie at the 33:50 mark with a second goal coming from reserve Claire Carver with 1:36 remaining in the first half.

Carver cleaned up a loose ball misplayed by the Edina goaltender, a long pass from Mizutani into the box. The goaltender ran past the ball, leaving Carver and an Edina defenseman to play the ball. Carver got the shot off into the open net.

"I feel like we're known for our high press. We always go at teams. We're always ready to go at the beginning of a match. We really felt it today," Johnson said.

Mizutani added a penalty kick goal in the second half, reserve Al Marceau drawing a foul in the box, for the 3-0 lead.

Edina, which played with 10 players the final 19 minutes with a red card, turned up the pressure late. Graupmann came up with two point-blanke saves to preserve the shutout.

Minnetonka's last loss came in a 5-0 final to Edina in September, a match that was tied at zero at halftime.

It is the third section championship in four years for the Skipper senior class.

"It feels amazing. I'm not sure even how to describe it. A few of these people I've played with since I was four years old. It's a feeling like no other," Johnson said.

"I definitely was a lot more nervous about this game. I knew we all had each other's back. We always do. Every single one of us has a job to do and we all did it," she added.