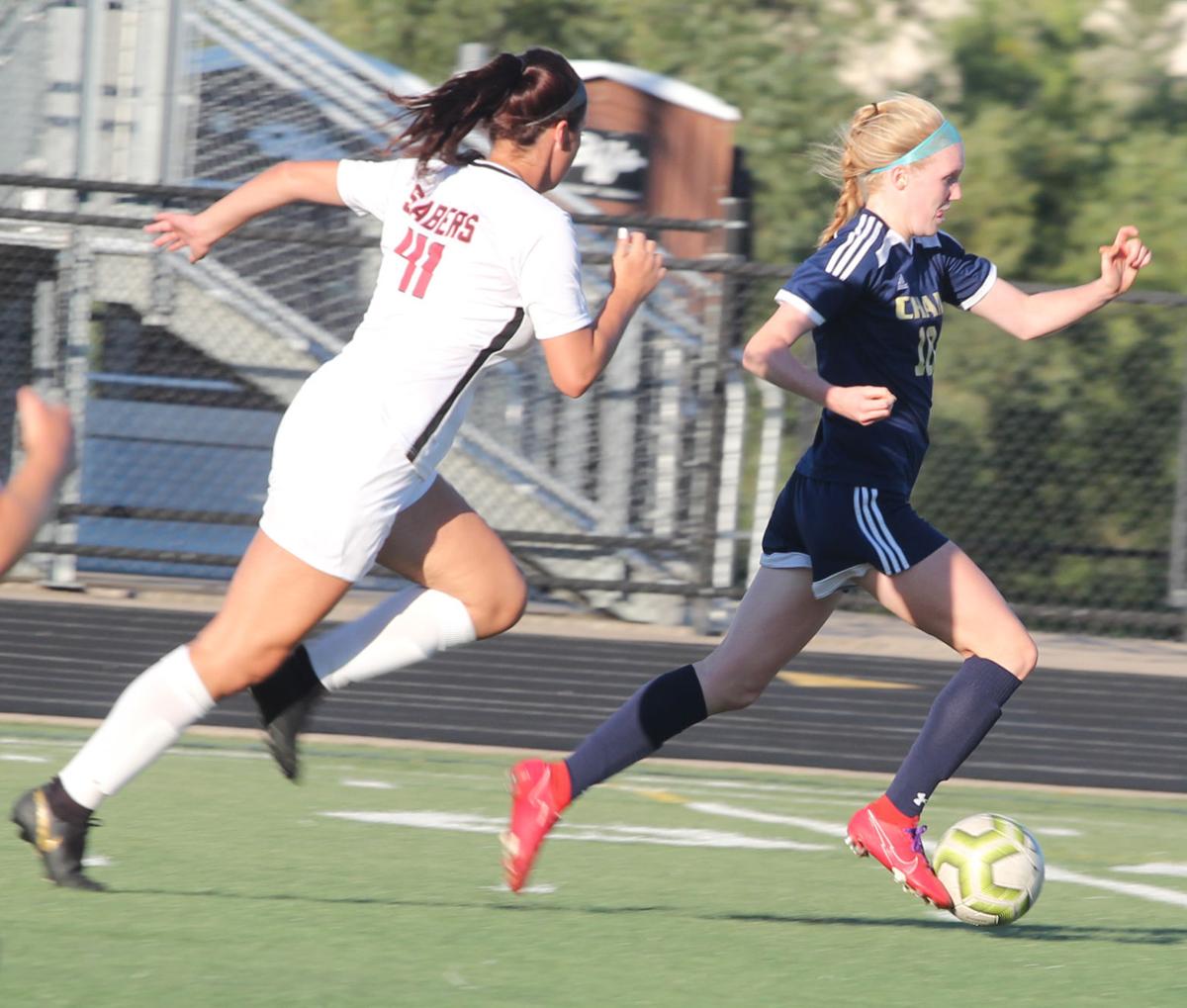 Chanhassen junior Grace Fogarty streaks down the field in the second half looking to complete the hat trick. Fogarty netted goals in each half in a 2-1 win over Shakopee on Sept. 7. 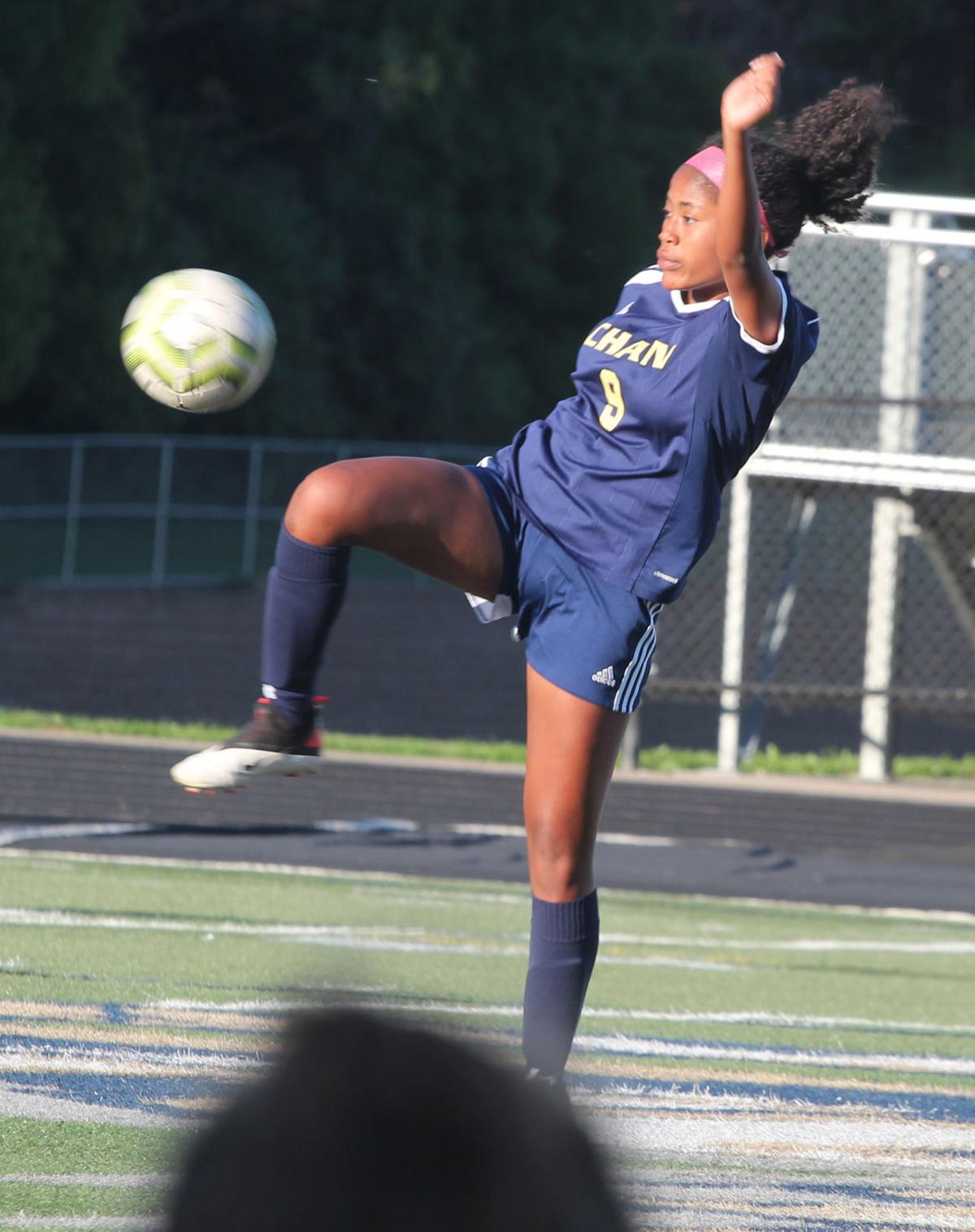 Chanhassen's Val Rakotomalala controls the ball at midfield in a 2-1 win over Shakopee. The Storm are off to a 4-0-1 start in 2021. 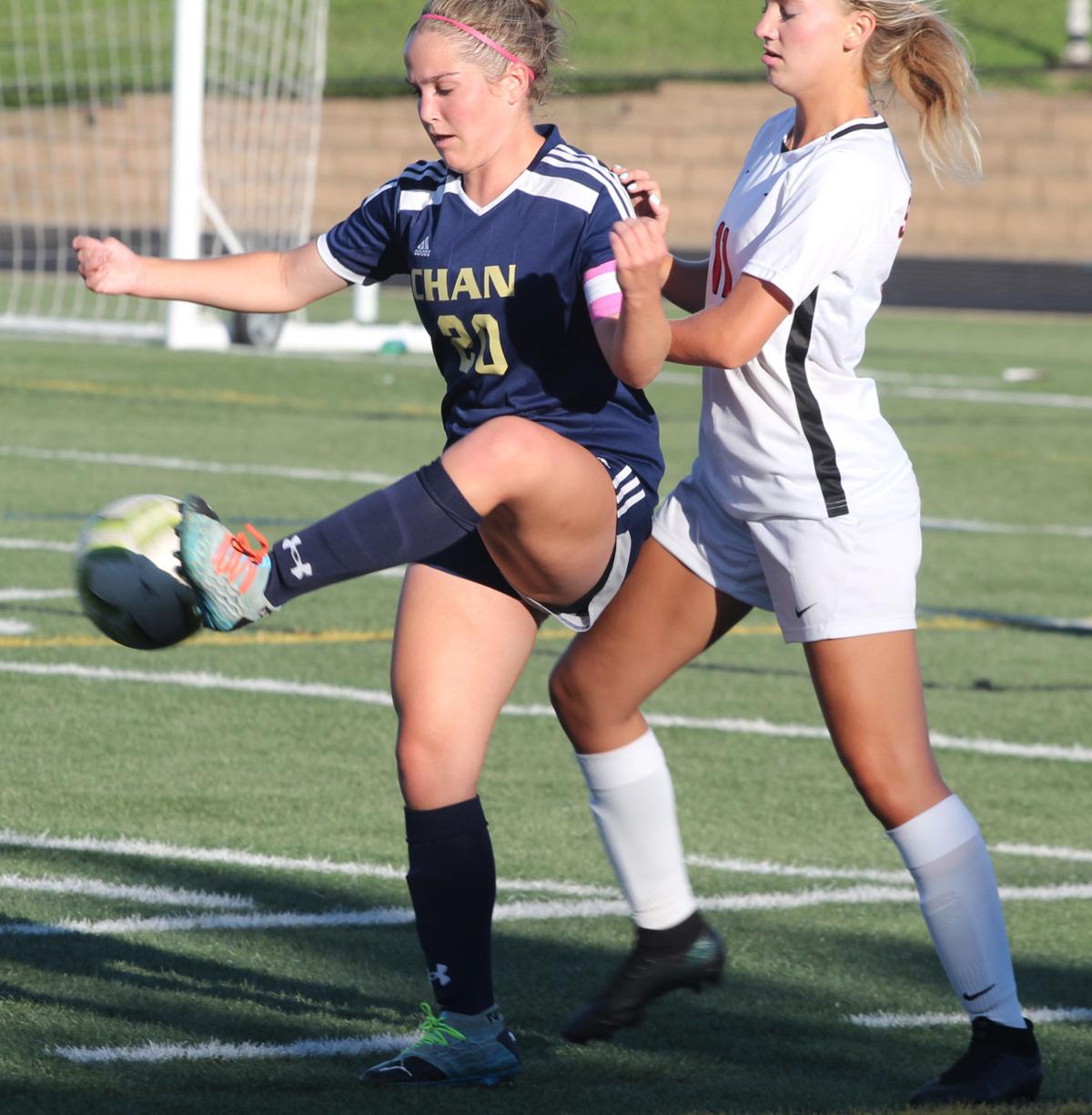 Chanhassen senior captain Haley Von Rentzell directs a pass forward to teammate Kennedy Beld, the storm looking to add to a 2-0 lead in the second half Sept. 7. 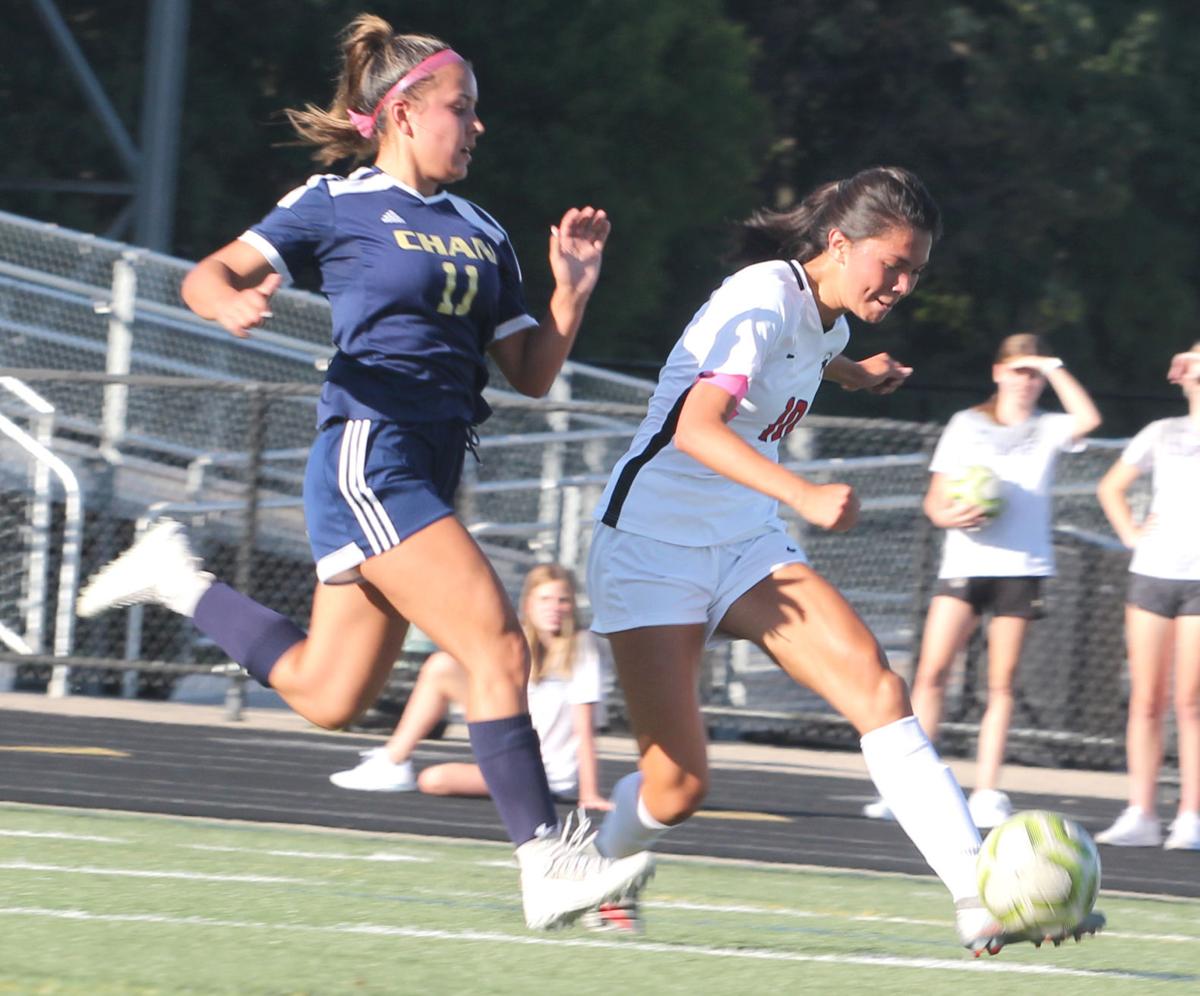 Chanhassen junior Grace Fogarty streaks down the field in the second half looking to complete the hat trick. Fogarty netted goals in each half in a 2-1 win over Shakopee on Sept. 7.

Chanhassen's Val Rakotomalala controls the ball at midfield in a 2-1 win over Shakopee. The Storm are off to a 4-0-1 start in 2021.

Chanhassen senior captain Haley Von Rentzell directs a pass forward to teammate Kennedy Beld, the storm looking to add to a 2-0 lead in the second half Sept. 7.

Grace Fogarty scored one goal as a sophomore, finishing with a team-high seven assists for Chanhassen girls soccer in 2020.

After scoring twice on Tuesday in a 2-1 win over Shakopee, Fogarty has four goals this season as the Storm are 4-0-1 overall.

"It's mentality for me. I know I have to score more every game to help my team win," said Fogarty, who is utilizing the attacking part of her midfield position this season.

Fogarty put Chanhassen on the board early on, a seventh-minute rocket after getting around the Shakopee defense.

A ball over the top of the Saber back row from Kaia Burroughs led to a 2-0 lead, Fogarty chipping the ball over the goaltender's head in the second half.

"It was an amazing pass. The ball went just over the defender's head, I took a touch, cut her off and got the shot away. That felt like it was going to be a big one," Fogarty said.

Shakopee's Ella Bryant made things interesting late, scoring with five minutes left in the contest. Fogarty was quickly put back into the game to solidify play, a strong indication of her impact on the Chanhassen roster this season.

"I feel much more confident with upperclassmen. I feel like more of a leader. I definitely feel like I had a big growth year in leadership with my club team and that's something I feel like I'm bringing to this team now," Fogarty said.

Fogarty, who grew up in the CC United program, will see a number of familiar faces Thursday in a 7 p.m. game against Chaska at the Chaska Middle School West Stadium.

"We're off to a really good start. (Coach Katie Clark) was just talking about how we're off to one of the best starts in program history. That's nice, but we have to keep it up, we have to keep winning. (Chaska) has some really nice players. We just need to keep connected, keep possession, play our style."

The Wright County Conference opener for Southwest Christian, a pair of goals in the first seven minutes of second half helped the Stars to a 3-0 road win over Rockford/Howard Lake-Waverly-Winsted Sept. 7.

Southwest Christian is 3-0-1 on the season.

Markus Banegas opened the scoring for the Stars in the first half before Sam Widdifield and Jack Boike added goals for the final score. Boike's score came off a Jake Bettin corner kick.

Adam Tebbs made five saves in net for Southwest Christian, which hosts Hutchinson/Glencoe-Silver Lake at 5 p.m. on Thursday, Sept. 9.

A top-10 match-up in Class A soccer, top-ranked Southwest Christian scored three times in the first half, improving to 3-0 with a 3-1 win Sept. 7 in Chaska. Lauren Walmer, Maya Johnson and Claire Schmidke scored for the Stars.

The Crusaders got on the board late in the game on a free kick from Avery Sames.

Chanhassen put together its best 80 minutes of soccer of the season, taking Shakopee to overtime before falling 2-1 on Sept. 7 in Storm Stadium.

Alejandro Sanchez scored the game-winner from Nathan Dake for the Sabers. Emad Fatah netted a goal for Sanchez in the second half.

No scoring was available for the Storm, which are at Chaska at 5 p.m. on Thursday.