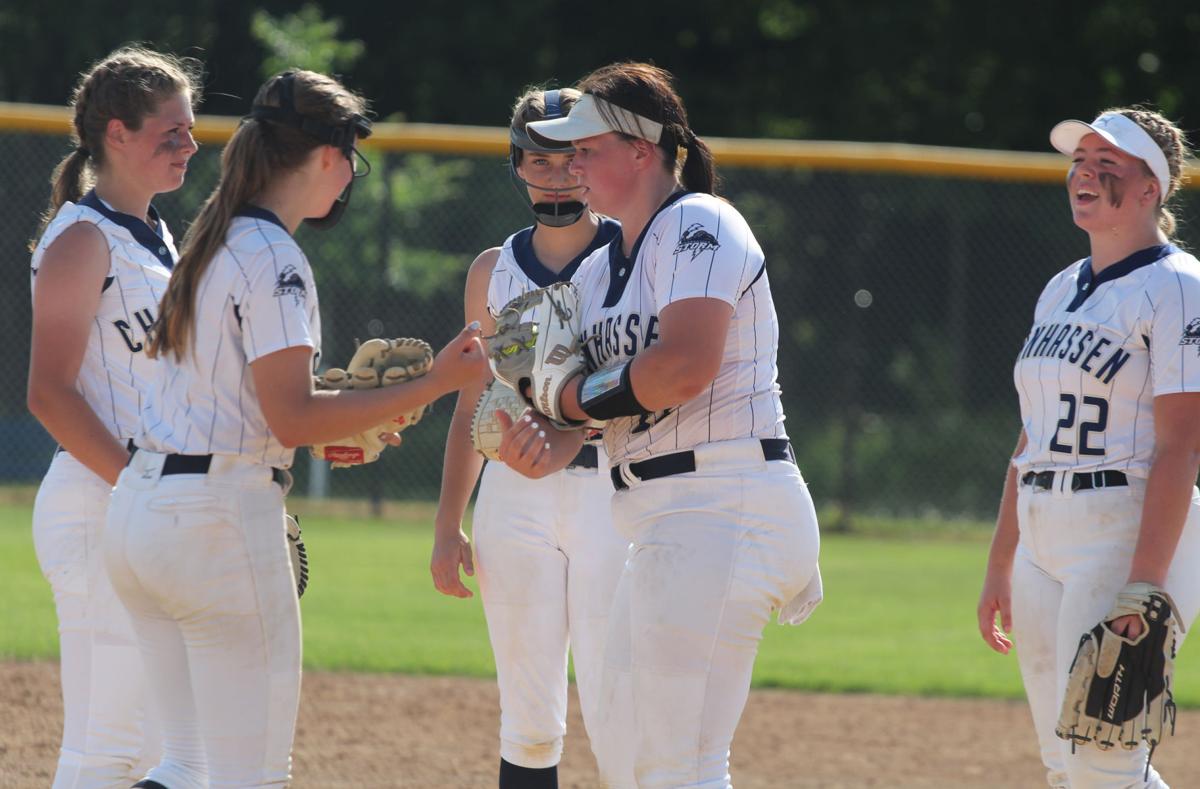 The Chanhassen infield gathers after a Sydney Schwartz strikeout in a 1-0 win over Eden Prairie on June 8. Pictured are Karina Tollberg, Susie Tollefson, Shayden Benedict, and Grace Clausen. 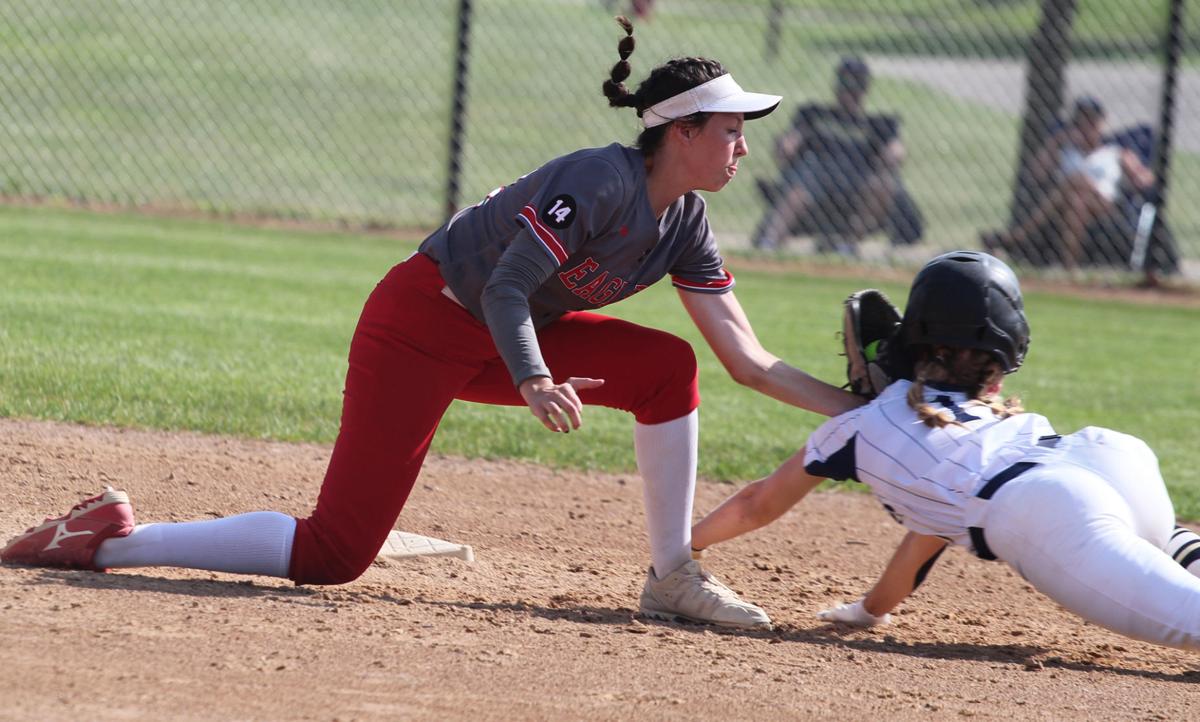 Chanhassen runner Kaylee Arsenault takes a tag to the face, though the impact knocked the ball out of the Eden Prairie shortstop's glove for a safe call.

The Chanhassen infield gathers after a Sydney Schwartz strikeout in a 1-0 win over Eden Prairie on June 8. Pictured are Karina Tollberg, Susie Tollefson, Shayden Benedict, and Grace Clausen.

Chanhassen runner Kaylee Arsenault takes a tag to the face, though the impact knocked the ball out of the Eden Prairie shortstop's glove for a safe call.

A perfect game had never been accomplished in Chanhassen softball history before this season. Junior Sydney Schwartz now has three, including two in the Section 2AAAA playoffs.

Schwartz struck out 10 batters, fielded another two ground balls, in not allowing a base runner in a 1-0 win over Eden Prairie in the winners bracket final June 8 at Miller Park.

Chanhassen's defense, while not tested often, came up with every play, including a running catch from Drew Sustacek on a low liner in left field.

Perfect game #3 for Syd Schwartz, second of the post-season@GopherSoftball

Chanhassen had just three hits themselves, but after Susie Tollefson reached base on an error to start the game, Schwartz's double into the gap scored the eighth grader for the 1-0 lead.

Chanhassen did have first and second with no outs in the sixth inning, but a infield pop out, 6-5 putout at third base and outfield fly ball didn't produce an insurance run.

Schwartz didn't need it. She got to a three-ball count just three times, locking up Eden Prairie's No. 3 hitter Piper Lange with a 3-2 fastball for the final out.

The opponent will be Eden Prairie again. The Eagles beat Minnetonka 2-0 in the losers bracket final. The Storm needs just one win to advance to the state tournament.

Minnetonka (15-10) reached the second game Tuesday with a 2-0 win over Prior Lake. Molly Oehme threw a 91-pitch shutout for the Skippers.

Minnetonka's two runs came as the result of a pair of walks and a two-run double from Emma Swenson with two outs in the second inning. Scoring runs were Emma Collins and Abby Gabler.