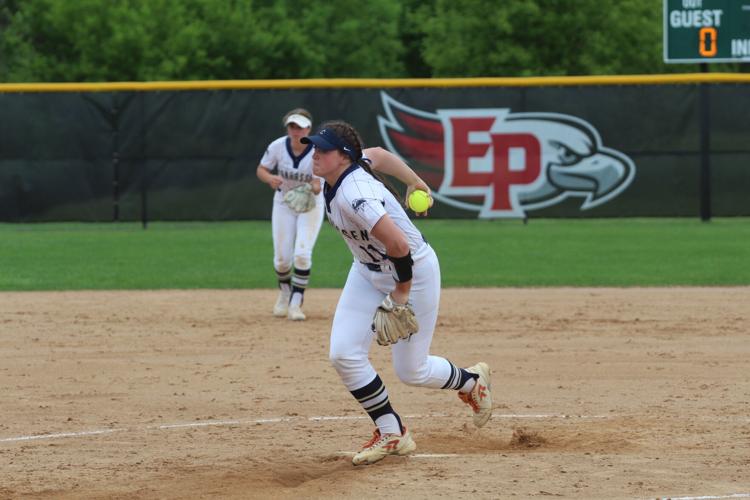 Senior pitcher Sydney Schwartz delivers a pitch in a 6-2 victory over Chaska May 31. 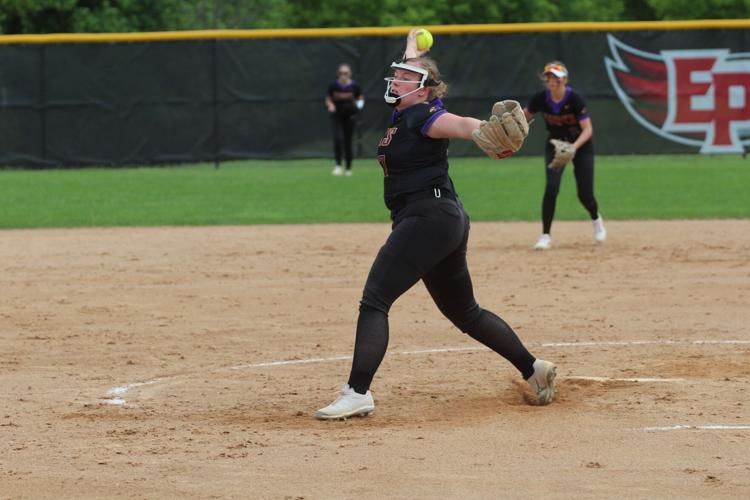 Sophomore pitcher Ann Swigert delivers a pitch in a 6-2 loss against Chanhassen May 30. The Hawks' season ended later in an 11-2 loss to Shakopee. 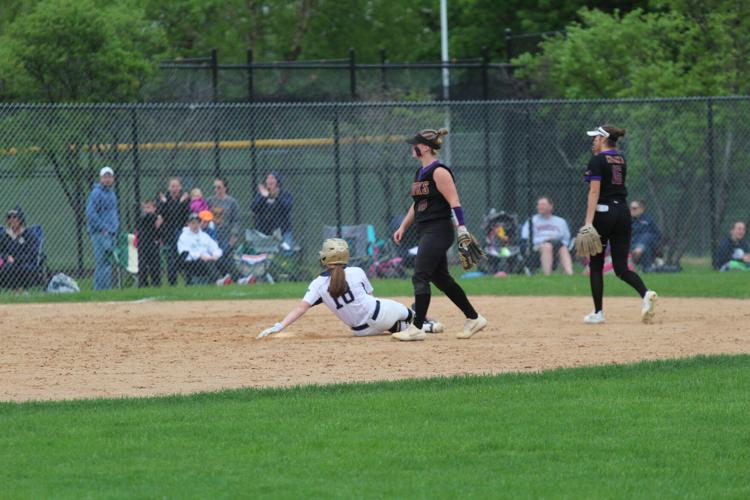 Freshman Daphne Evans slides safely into second after a two-run double in a 6-2 win over Chaska May 30.

Senior pitcher Sydney Schwartz delivers a pitch in a 6-2 victory over Chaska May 31.

Sophomore pitcher Ann Swigert delivers a pitch in a 6-2 loss against Chanhassen May 30. The Hawks' season ended later in an 11-2 loss to Shakopee.

Freshman Daphne Evans slides safely into second after a two-run double in a 6-2 win over Chaska May 30.

Early in the season when Chanhassen was 8-0, head coach Joe Coenen said a significant reason the Storm were undefeated was because the ball bounced their way numerous times.

Now deep in the section tournament, the Storm need to continue to take advantage of similar situations in order to make their second-consecutive state tournament appearance. Chanhassen did just that in the second inning of its section semifinal matchup against rival Chaska, beating the Hawks 6-2.

Storm shortstop Karina Tollberg led off the bottom of the second with a pop-up to center field. Instead of the ball being caught for the first out of the inning, it fell and Tollberg was on first. After a single by catcher Hannah Hollowaty and a wild pitch by Hawks’ Ann Swigart, Chanhassen came away with three runs in the inning off the bats of Shayden Benedict, Alise Syverson and Emily Lackey.

The Hawks’ struggled to get into a rhythm at the plate against Storm pitcher Sydney Schwartz. Daphne Evans padded Chanhassen’s lead with a two-out bases-loaded double, driving in two runs. Chaska tried to start a comeback in the top of the fifth with an RBI double by sophomore Ava Blake, who then advanced to third and scored on two wild pitches, making it a 5-2 game.

Schwartz would not be denied in the last moments of the game. Up 6-2 in the top of the seventh Schwartz struck out the side to thwart any chance of late-game heroics by the Hawks.

“I knew going into the inning I was going to face their seventh, eighth and ninth hitters, so I didn’t want to get back to their leadoff hitter,” Schwartz said. “So I just needed to make sure I was dialed in and to strike them all out was a good feeling to end the game.”

Coming into the postseason, Chaska was 8-11 and the No. 6 seed in section 2AAAA. However, the Hawks’ looked to be on the verge of a Cinderella-esque tournament run, playing spoiler to No. 3 Eden Prairie in the first round, followed up with another upset against No. 2 Shakopee in the second round.

After Chanhassen beat Chaska to advance to the section 2AAAA final, the Hawks saw their season come to a close, losing 11-2 in a section rematch to Shakopee. Chaska finished the season 10-13.

Chanhassen and Shakopee — the top-two seeds in section 2AAAA — will now face off in the championship round of the tournament June 2 at Miller Park in Eden Prairie. The Storm only need to win one matchup as Shakopee won the elimination bracket and lost one game in the tournament. The first game will be played at 4:30 p.m., and if Chanhassen loses the second will be played at 6:30 p.m.