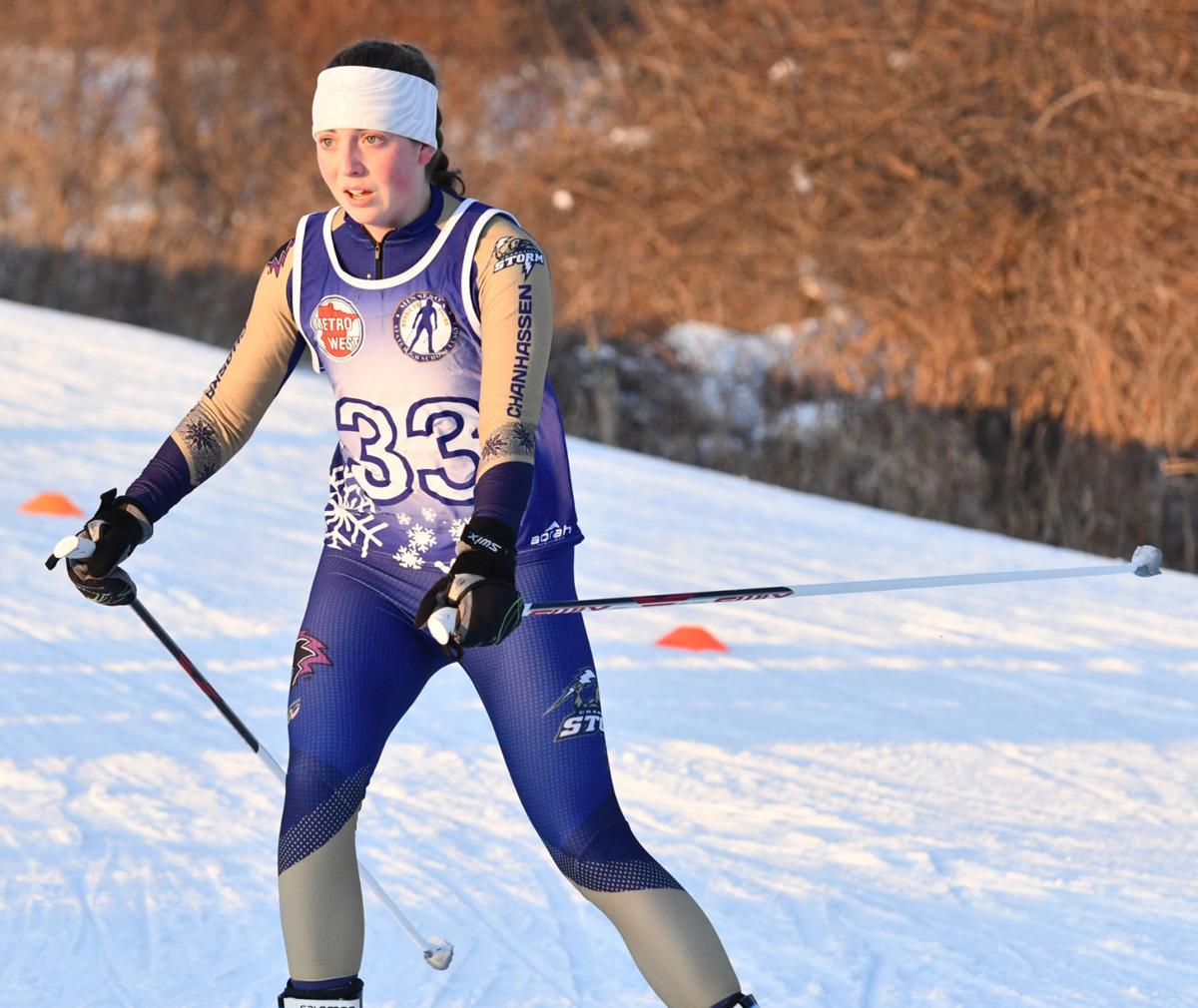 Ellen Adams of Chaska/Chanhassen competes in the season opener at Hyland Reserve on Dec. 5 in Bloomington. Adams was the team’s top 5K finisher. 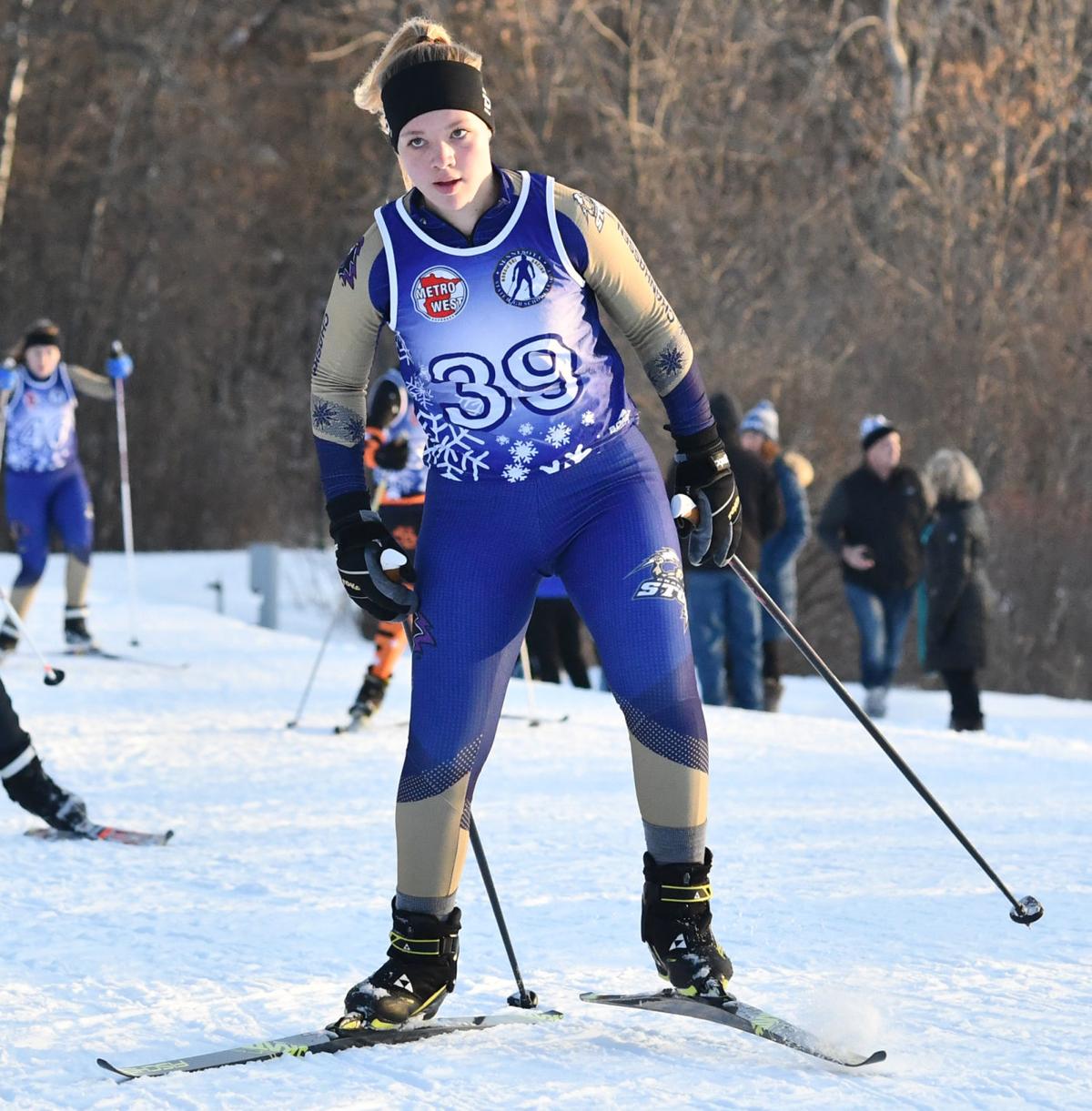 Chaska/Chanhassen’s Leah Naples competes on the 5K course at Hyland Reserve on Dec. 5.

Ellen Adams of Chaska/Chanhassen competes in the season opener at Hyland Reserve on Dec. 5 in Bloomington. Adams was the team’s top 5K finisher.

Chaska/Chanhassen’s Leah Naples competes on the 5K course at Hyland Reserve on Dec. 5.

Even with a bout of illness and injury consuming the Chaska/Chanhassen gymnastics roster, the Storm Hawks managed a solid opening score, a 137.300-132.325 defeat at Lakeville North Dec. 3.

Autumn Hepola scored a victory in the vault competition, a score of 9.150. Hepola added a second-place mark in floor exercise (8.8) and a third place in beam (8.4).

Hepola's all-around score of 34.375 was second-best among gymnasts in the dual meet.

Grace Blaschko and McKenna Thom each put up scores of 8.0 in vault for Chaska/Chanhassen with Peyton Florek scoring 8.5 in floor exercise.

The Storm Hawks' top bars score came from Reese Norbie with an 8.775 followed by Blaschko at 8.375. Aleah TeBrugge totaled 8.350 on balance beam.

"We had a fantastic start to our season despite being in the reigning state champs gym," Chaska/Chanhassen head coach Chris Lacy said.

Chaska/Chanhassen posted a team score of 128.550 at the Prior Lake Invite on Dec. 7 at Twin Oaks Middle School. Blaschko had the team's highest finish, a fifth-place score of 8.450 on bars.

Florek posted scores of 8.3 on vault and floor with Anna Lacy vaulting to 8.350 and Lauren Wosje with an 8.3 floor score and 8.2 on beam.

"We had a solid performance, with a couple personal best scores," Coach Lacy said.

The Storm Hawks open its title defense in the Metro West Conference at 6 p.m. on Tuesday, Dec. 10, at Bloomington Jefferson.

Skiing in December? Unheard of it seems in recent years.

Chaska/Chanhassen had three boys in the top 10 led by Derek Wendland in sixth place in 14:02.2. Zach Long, who recently committed to run at the University of North Dakota, was one spot back in 14:08.2.

The Storm Hawks, without top skier, Nick Scheller, who was continuing his cross country running, competing in a national event in Oregon, got a 10th-place time from Cole Donahe in 14:45.1.

Chaska/Chanhassen is scheduled to compete in a league skate event on Thursday, Dec. 12 at Baker Park Reserve.