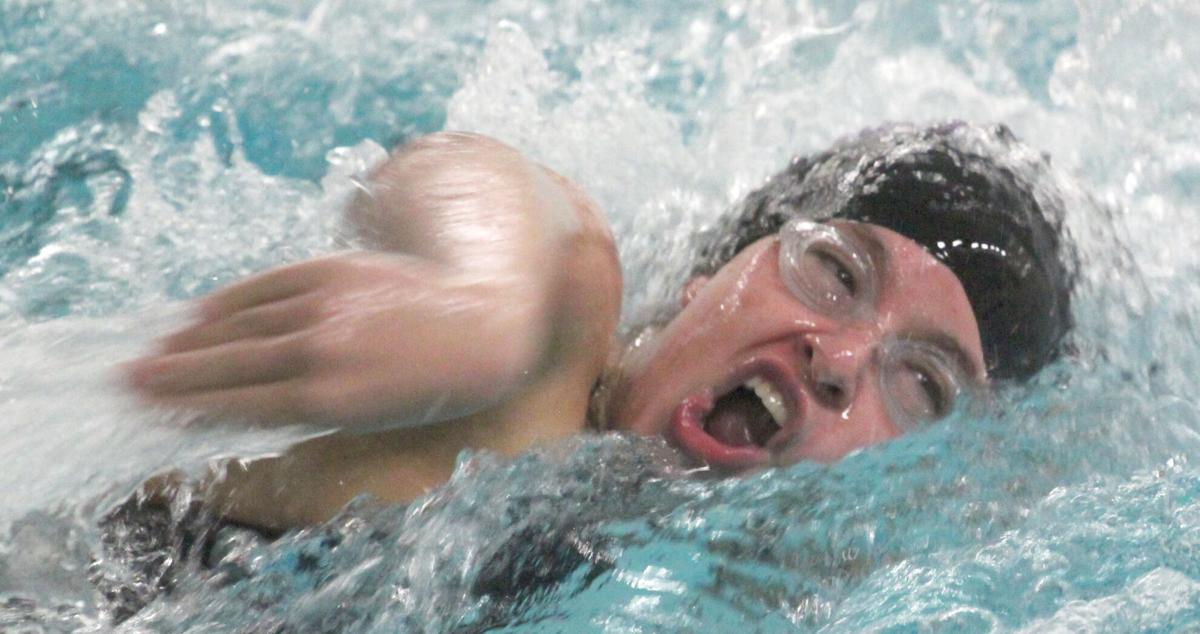 Chanhassen senior Kalina Fuglie qualified for her third consecutive state meet in the 500-yard freestyle (2018 and 2019), placing fifth at the Section 2AA Meet on Nov. 12. 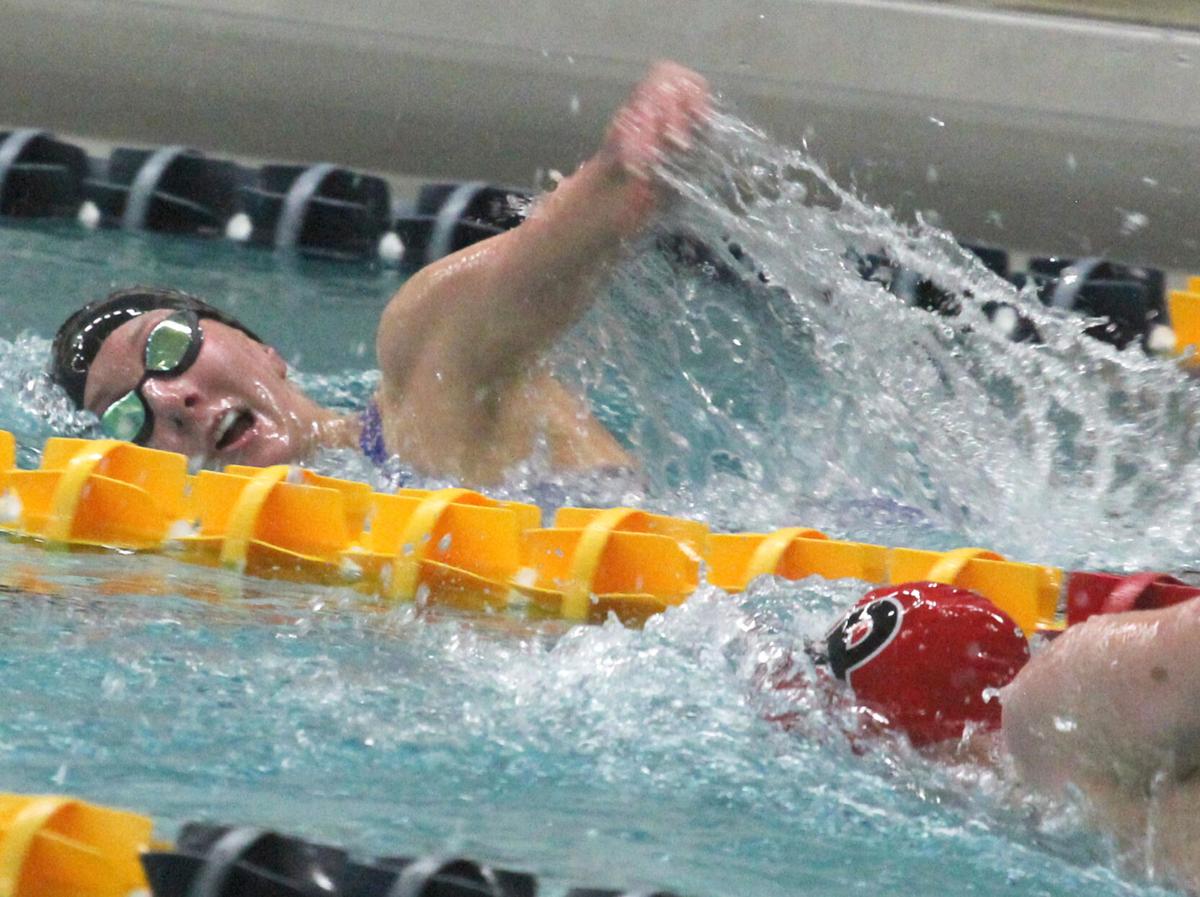 Chanhassen freshman Avery Luedke will compete at state in four events, including individually in the 200- and 500-yard freestyle. 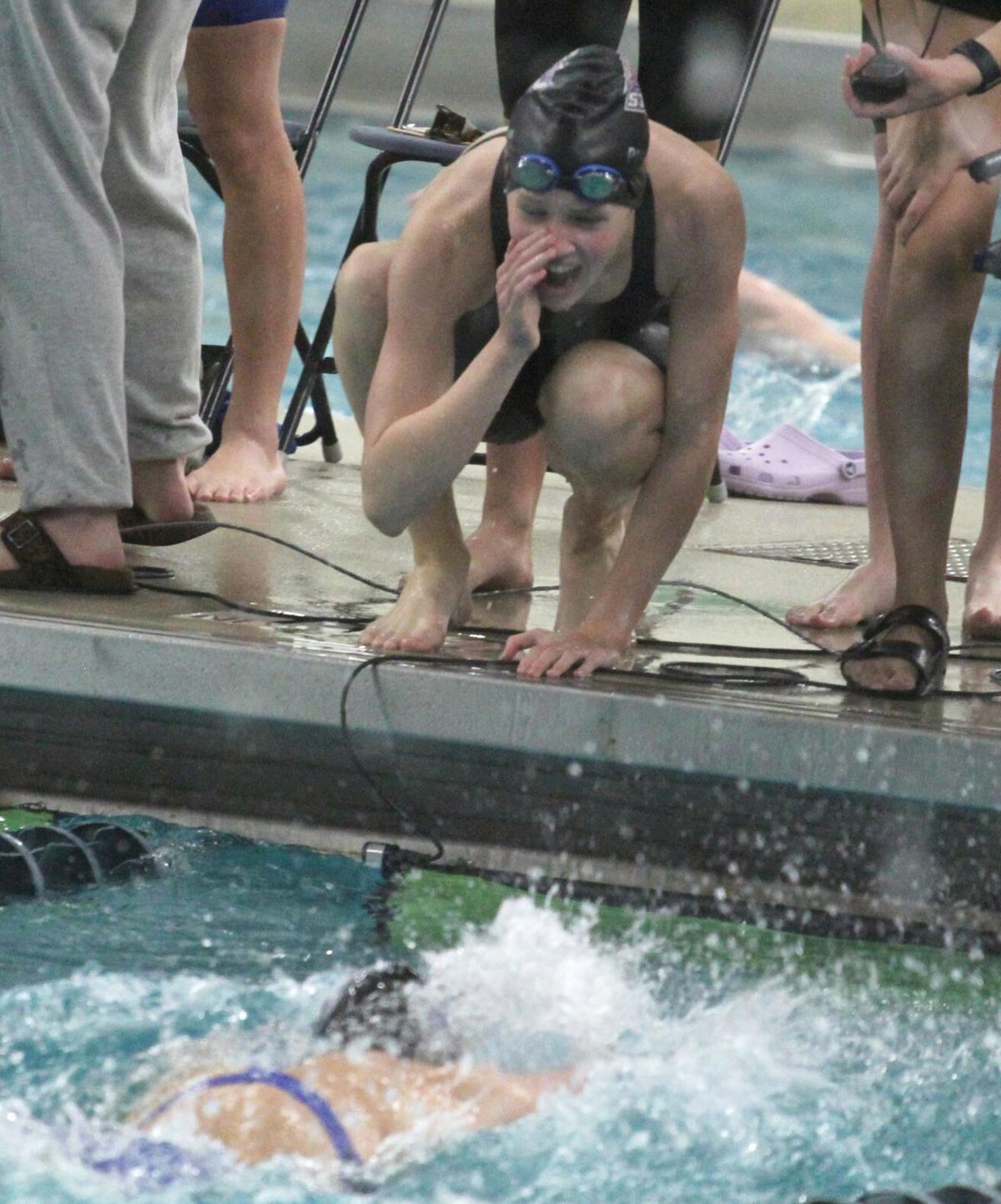 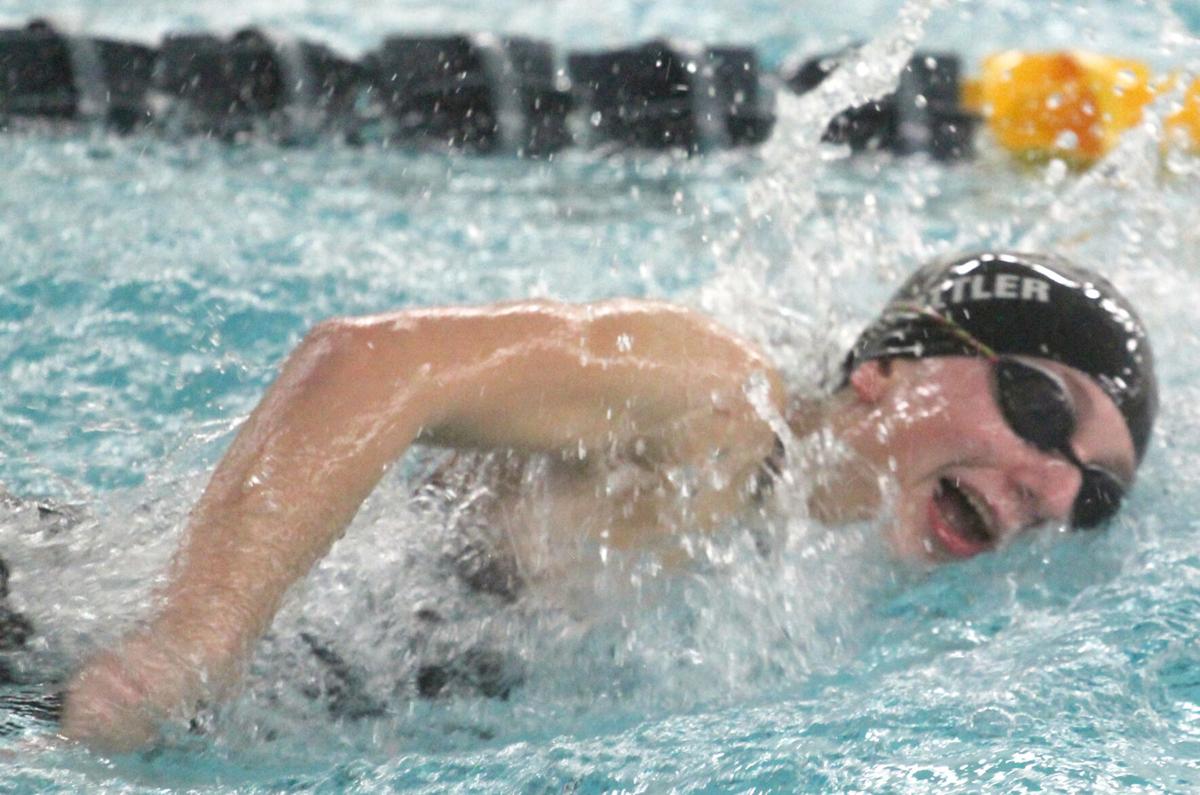 Chanhassen freshman Anna Schottler is part of a 200-yard freestyle relay with three underclassmen that qualified for state. 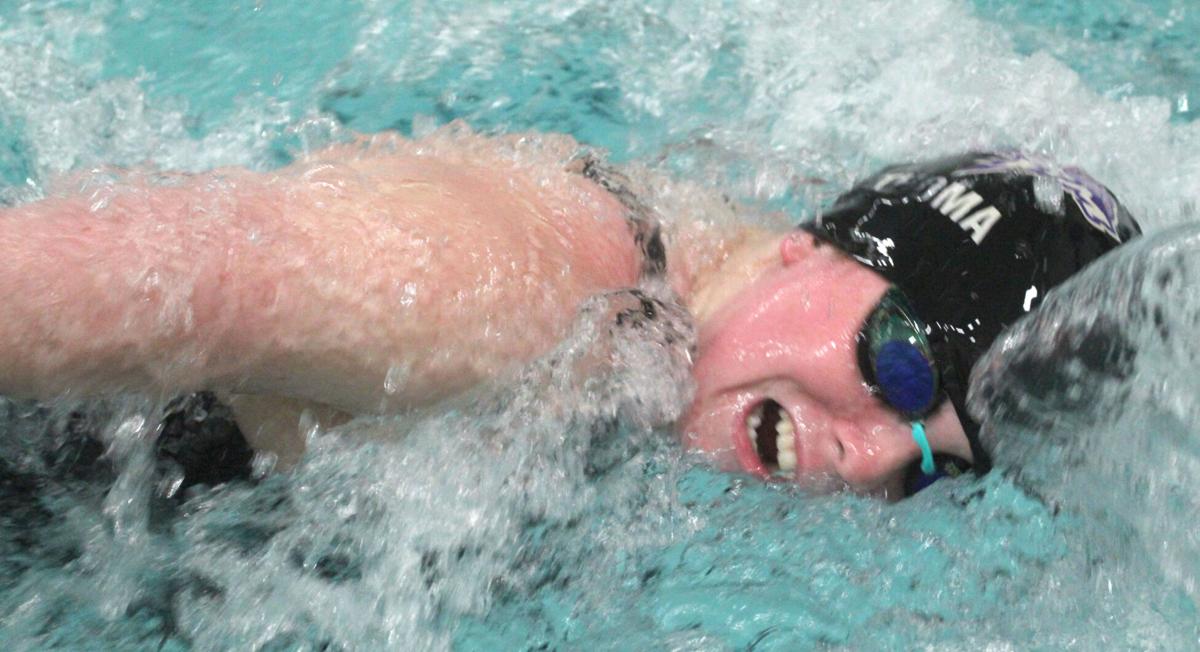 Chanhassen senior Zoe Thoma, a state medalist on relays in 2019, qualified individually in the 200-yard freestyle for the Storm at the Section 2AA Meet.

Chanhassen senior Kalina Fuglie qualified for her third consecutive state meet in the 500-yard freestyle (2018 and 2019), placing fifth at the Section 2AA Meet on Nov. 12.

Chanhassen freshman Avery Luedke will compete at state in four events, including individually in the 200- and 500-yard freestyle.

Chanhassen freshman Anna Schottler is part of a 200-yard freestyle relay with three underclassmen that qualified for state.

Chanhassen senior Zoe Thoma, a state medalist on relays in 2019, qualified individually in the 200-yard freestyle for the Storm at the Section 2AA Meet.

Just a few swimmers remain from those past Storm teams.

"Without Abby (Gronholz) and Sophie (Macy), Zoe (Thoma) and I knew we were going to have to step up and be leaders on this team. I've been swimming with that group of girls since club. When I was like 12 years old. They are like sisters to me," Fuglie said.

Fuglie reached out to Macy during the season for advice. Macy now swimming at Washington State University as a freshman.

"Sophie, Abby, those girls, they just led by example. I was a little bit worried after we graduated more than half of our team, how I'd do with such a young team. To see these young girls, how hard they've worked, it really pushed me to be that leader that others were for me," Fuglie said.

The Section 2AA Meet on Nov. 10 and 12 wasn't a last-chance moment for Fuglie. It was an opportunity to go out, swim fast, qualify for state, and cheer on her teammates in doing the same.

Chanhassen saw freshman Avery Luedke qualify for state in two events; Thoma, a state medalist in relay events in 2019, qualified individually in the 200-yard freestyle; and both Storm freestyle relays are sending multiple newcomers to state.

Senior diver Alyssa Konz and Fuglie, fifth in the 500-yard freestyle race, are also returning to the state meet. It is the third time qualifying for state in the event. She was 23rd as a freshman and 14th as a sophomore.

"I hit the wall after the prelims and I was like one-tenth of a second under my (personal-record) and I was so happy to see that, but at the same time I was like one-tenth, really? I have this love-hate relationship with the 500. I swim longer races, the 1,000 and mile on club, so it's something I'm used to. I just get this big adrenaline rush finishing that race. It's so amazing," Fuglie said.

Fuglie, seeded fifth at 5:05.46 after the preliminaries, was comfortably under the state cut time in 5:06.45, one of 10 swimmers from Section 2AA to qualify for state in the event.

Fuglie, seeded eighth into the state meet, has appreciated this season for many reasons, one of them, though, is about a challenge Storm head coach Barb Folsom has for all Chanhassen swimmers.

"Barb says you can't just be a freestyle swimmer. You have to try something different, so I started to get into the backstroke. I really enjoyed it and improved so much. It made me a better overall swimmer," Fuglie said.

Prepared for any race is a perfect example of what Luedke, a freshman, experienced in her first high school season. She swam in pretty much every event, settling into distance races for the post-season.

Luedke flashed a big smile as she caught her state-qualifying times of 1:53.60 and 5:07.76 in the 200- and 500-yard freestyle race. Luedke was seventh and sixth overall, respectively.

"Avery is prepared for everything that comes her way. She's such a talented swimmer," Fuglie said. "I'm really excited to see how she does this week. I told her, this isn't club state, this is high school state, and it's a lot different. Those officials will be looking for everything. I know she's going to do great," Fuglie said.

Thoma, a relay specialist as a sophomore, as Chanhassen had all three teams on the podium for the first time in program history, qualified individually for the first time with an eighth-place swim of 1:54.69 in the 200-yard freestyle.

Thoma and Luedke were part of qualifying freestyle relays as well. Joined by freshman Anna Schottler and sophomore Jennifer Pierson, the 200 team was fifth in a season-best 1:38.51.

The 400 team of Thoma, Luedke, freshman Rachel Broadhead, and Pierson were also fifth, well under the state cut in 3:34.66; a season-best time as well.

Chanhassen was sixth in the Section 2AA standings with 184 points.

Konz, a state qualifier as a freshman and sophomore, will get a third crack on the state diving board after placing second in the Section 2AA finals with a score of 402.60. Edina's Shanze Karimi was six points better for the first-place finish.

The schedule for the state meet at Jean K. Freeman Aquatic Center at the University of Minnesota starts with diving preliminaries and semifinals on Thursday, Nov. 18, at 6 p.m. The top 16 scores return for three finals dives on Saturday, Nov. 20.

Swimming preliminaries and finals are set for 6 p.m. on Friday and Saturday, Nov. 19-20.

Qualifying for state was icing on an already big week for Fuglie. She was part of 16 Chanhassen student-athletes on Nov. 10 to sign National Letters of Intent.

Fuglie will compete at the University of Indianapolis next school year.

Fuglie said she was "very picky" with her decision.

"I knew I wanted to get out of Minnesota. And that included North and South Dakota, Iowa, Wisconsin, none of those states.The school had to have my major and be in a major city so I can not only grow as a swimmer, but as a person as well," Fuglie said.

Majoring in sports management, Indianapolis is a natural fit. It's the home of the NCAA and hosts a number of major sporting events every year.

"There's this amazing website, CollegeSwimming.com. There are so many filters, so you can really find a school that best suits you. They showed up later in my search. I had a talk with the coach. From there we stayed in touch and I took my official visit in July. Everyone I met were super nice, the girls, the coaches. The head coach, Jason Hite, really seemed to know what he was doing. I just felt connected. It was everything I was looking for," Fuglie, a future Greyhound, said.

Her Chanhassen teammate, Konz, also signed with the University of Iowa to dive for the Hawkeyes.