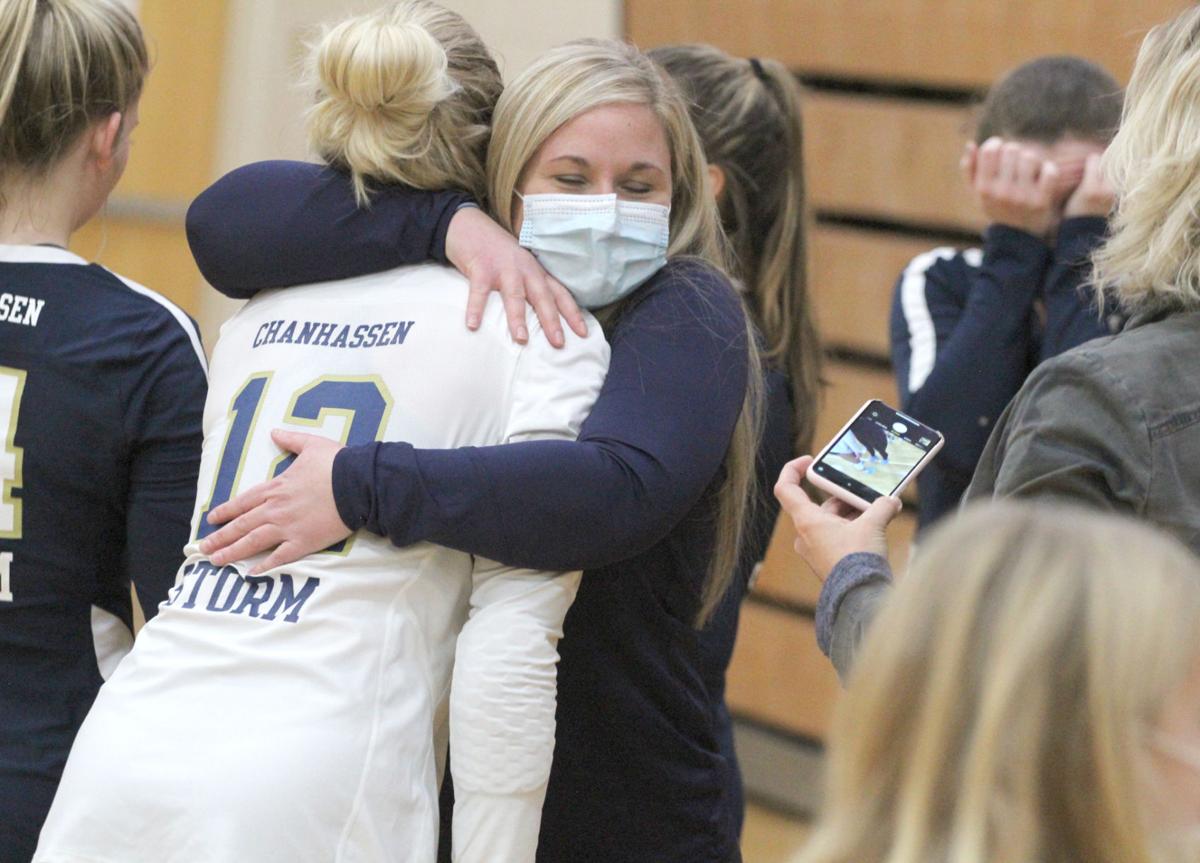 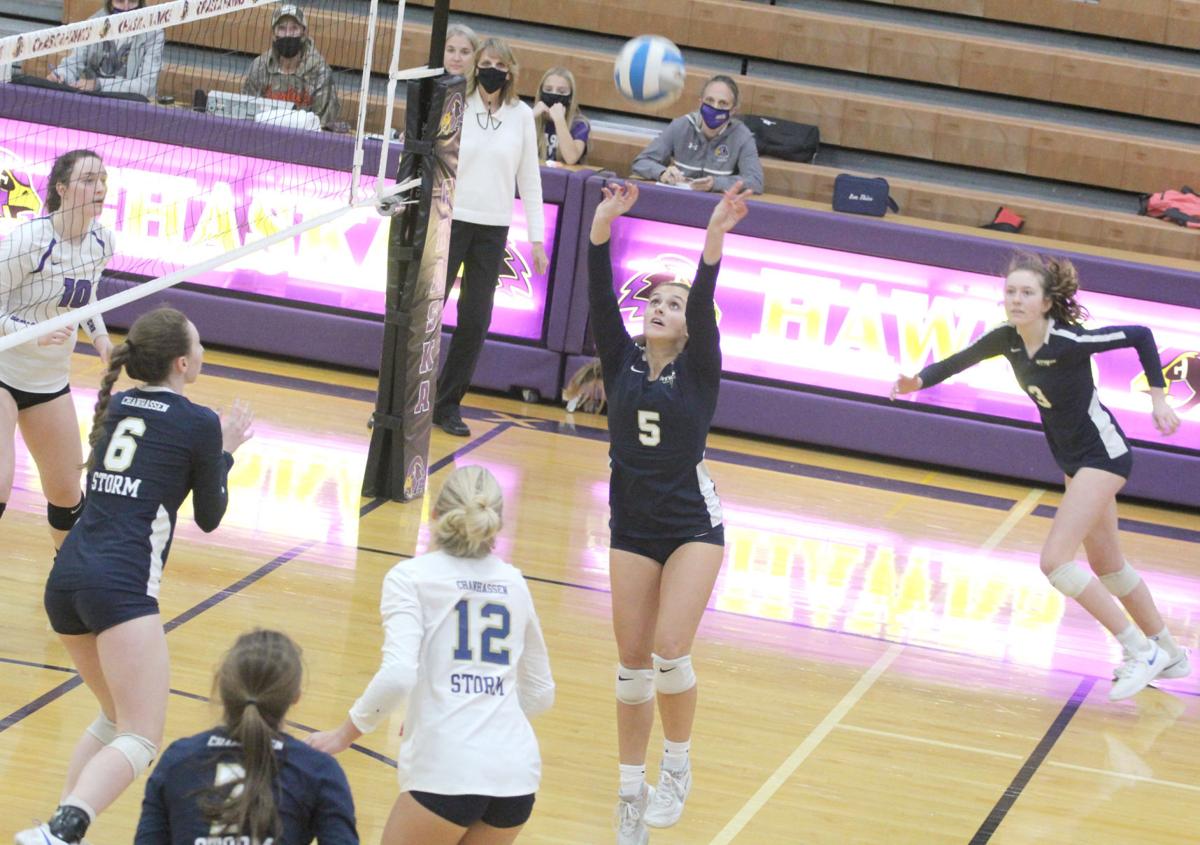 Chanhassen senior Annabelle Nordmeyer sets up the offense in a season-finale match against Chaska on Nov. 20. Nordmeyer was a three-year varsity member for the Storm as a setter.

Chanhassen senior Annabelle Nordmeyer sets up the offense in a season-finale match against Chaska on Nov. 20. Nordmeyer was a three-year varsity member for the Storm as a setter.

The 2020 volleyball season amounted to 13 matches. Half as many as normal. Yet the concluding event, a match with rival Chaska, felt as good as any for a celebration.

And that's exactly what this season was. While playing matches with teammates, spending time on the court was at the forefront, it was being together for one last season that so many teams wished for last spring.

It was the flowers and balloons from mom and dad for the seniors. It was delicious cookies, photo opportunities and yes, even a few tears.

It was heartfelt goodbyes to the Chanhassen Storm jersey for four-year starter Madison Ellman along with Annabelle Nordmeyer and Mackenzie Steding.

An already trying season with everything going on, Nordmeyer missed two weeks with a concussion. She was able to return for the final six matches and was able to celebrate senior night.

"The sweetest girl ever," Ellman said about Nordmeyer, that natural smile, the sheer enjoyment, were on display in the final match. And when it was all said and done, Nordmeyer was the shoulder to cry on for junior teammate Chloe Rogers.

A fitting celebration of friendship and team.

"I'm so thankful and so happy that we got time together as a team. Our last practice was really a fun one. We didn't get our butts kicked. It definitely was about making memories, taking in every second together," Nordmeyer said.

Chanhassen finished the season with a 5-8 record, finishing fourth in the Metro West Conference behind Chaska, Bloomington Jefferson and St. Louis Park.

The season featured the emergence of hitters Mary Cate Ziembiec (205 kills) and Elle Smith (157 kills) and the career 1,000-dig mark from Ellman, who will play collegiately at the University of Arizona.

It was a season for two sisters, Mackenzie (66 kills, 17 blocks) and Ashlyn (255 assists) Steding to share the court. It was a season for Nordmeyer to enjoy every moment from start to finish; 137 digs, seven aces and eight kills along the way.

HOLY FAMILY CATHOLIC had a pair of final matches against Delano on Nov. 17 and 19 cancelled due to COVID concerns.

The Fire finished the 2020 season with a 1-10 record, a victory over Mound-Westonka. The team's lone senior was libero Alexandra Ihrke.