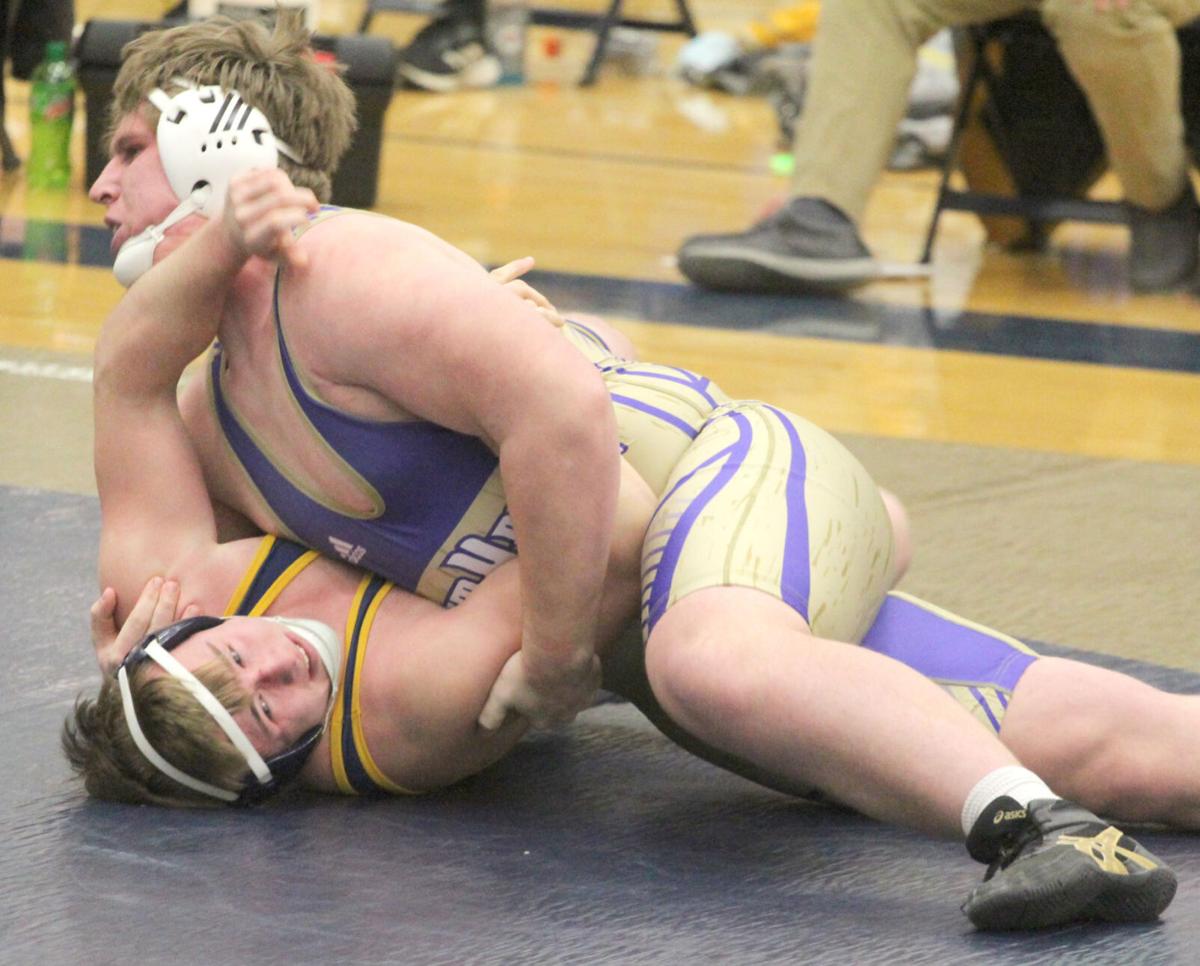 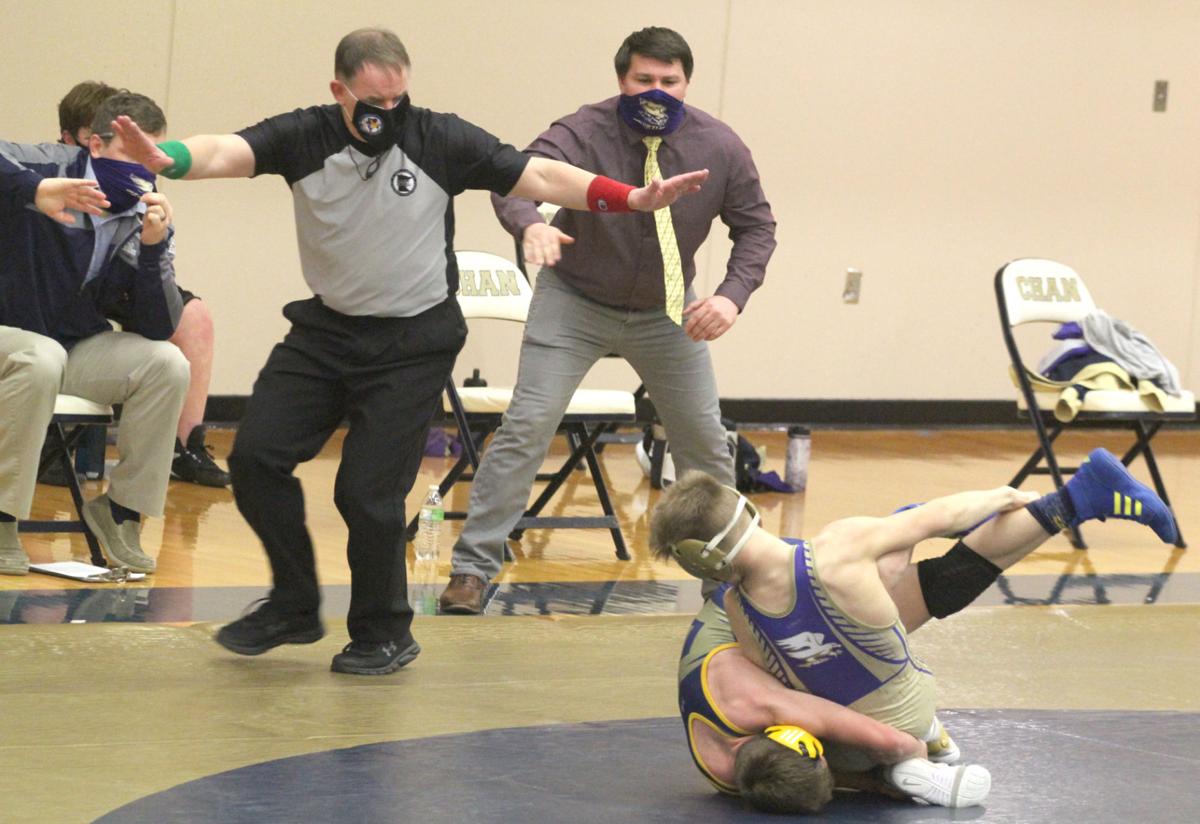 Senior captain Grant Sussner recorded a pin in 44 seconds, one of two victories for Chaska/Chanhassen in a 58-9 loss to Howard Lake-Waverly-Winsted in a triangular Jan. 28 at Chanhassen High School.

The Storm Hawks were without 2020 state qualifiers Stevie Dragos and PJ Velazquez as well as Aidan Brkovich, Jonny Nebben, and Jackson Rosengren.

Along with Sussner, seventh grader Michael Gillette scored a 7-3 decision at 113 pounds, recording a takedown and near-fall in the second period for the lead.

In the most exciting match of the dual, another seventh grader, Carson Turner, rallied from an 8-3 deficit with a reversal and a pair of third-period two-point nearfalls for a 9-8 lead.

Howard Lake-Waverly-Winsted's Steve Heber, though, gained an advantage late, winning the match 13-9 on a reversal and nearfall.

The Lakers defeated Hopkins 70-6 in the second match.

In the final match of the triangular with Hopkins, Chaska/Chanhassen won five of the eight matches wrestled, gaining forfeit wins at 160, 182 and 285 for a 42-26 decision.

Turner added a 23-second pin at 152 pounds for the Storm Hawks' fifth victory of the match.

Chaska/Chanhassen is at South St. Paul on Saturday, Jan. 30 to face the Packers and Orono beginning at 9 a.m.

Tied at 30 at halftime, Chaska held visiting Benilde-St. Margaret to 21 second-half points, improving to 5-0 in the Metro West Conference with a 61-51 decision on Jan. 28.

Catch the game on the Chaska Hawks Broadcast Network with Ryan Paul and Eric Kraushar.

Jakobe Lyles and Jack Frick were also in double figures with 13 and 11 with Spencer Goetz (eight), Brady Nicholson (five), and Ben Carter (five) adding to the offensive total.

Daniel Ijadimbola was the game's top scorer with 21 points for Benilde-St. Margaret (2-4).

Taking a second top-10 team tied into the third period this season, Chaska/Chanhassen saw fifth-ranked Benilde-St. Margaret score twice over the final 4:49 in a 3-1 final on Jan. 28 at Chaska Community Center.

Emma Peschel broke the tie for the Red Knights with linemate Olivia Haag adding an insurance goal with 80 seconds left.

Chaska/Chanhassen opened the scoring at 6:17 of the first period on the second goal of the season from Katelyn Roberts off assists from Jordyn Perlich and Brier Ziemer.

Despite a 23-5 shot deficit, the Storm Hawks were tied with the Red Knights at one through two periods. Clara Nelson made 30 saves for Chaska/Chanhassen including 12 in the second stanza.

The Storm Hawks are at Parade Ice Garden versus Minneapolis at 1 p.m. on Saturday, Jan. 30.

Adams, fifth overall in 18 minutes, 4.9 seconds, helped the Storm Hawks finish second to St. Louis Park in the team standings. Fellow senior Meghan Pierson was seventh (18:53.7) with senior Anika Sather rounding out the top 10 in a time of 19:17.

Juniors Madeline Hauk and Isabella Roemer checked in with finishes of 19:57.8 and 20:05.5. for the Storm Hawks.

The next conference event is Thursday, Feb. 4 at Carver Park Reserve in Victoria.