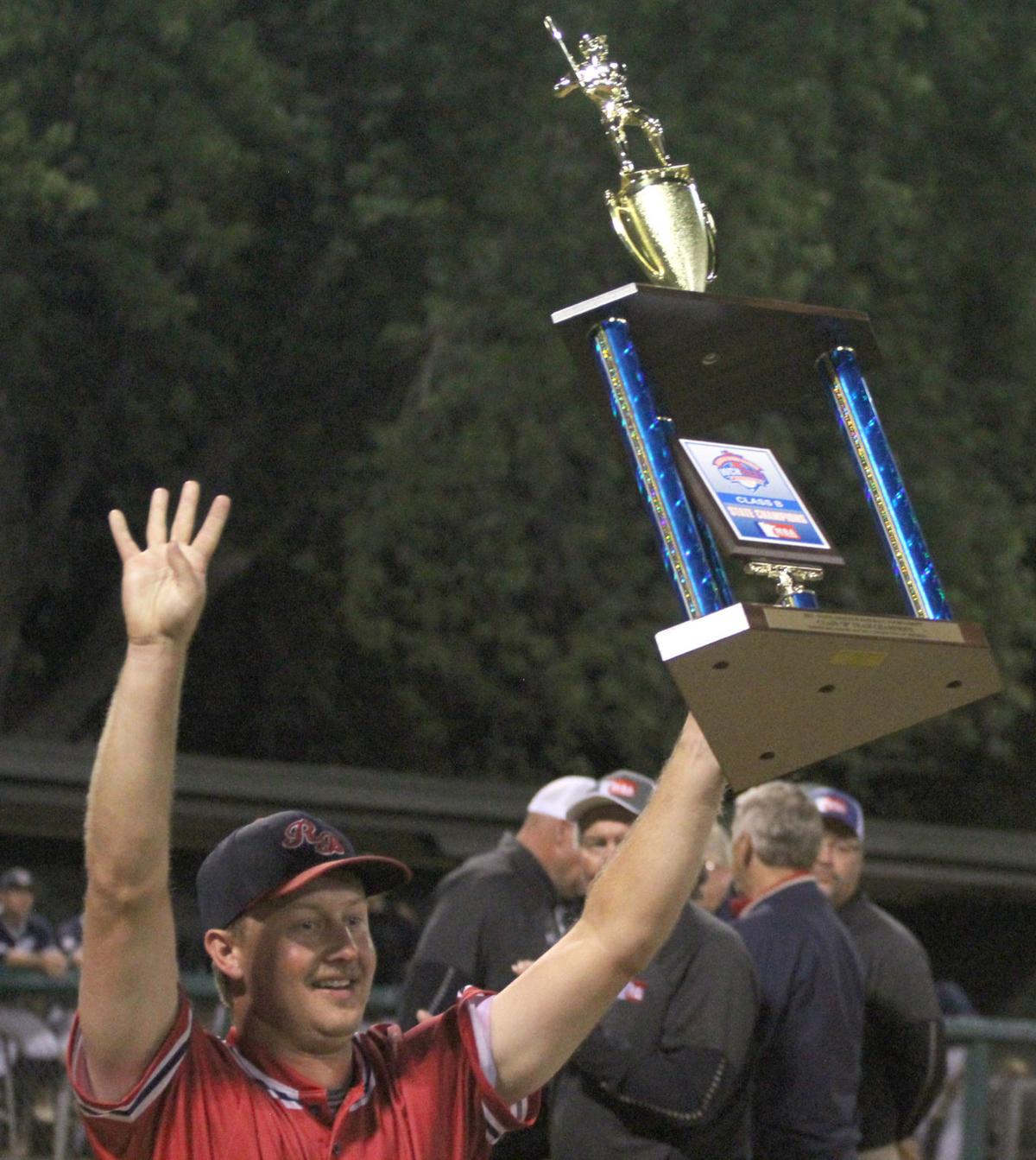 Chanhassen player/manager Brandon Arnold holds a four with the Class B State Amateur Baseball Championship trophy, the fourth consecutive title for the Red Birds, on Sept. 5 at Chaska’s Athletic Park. 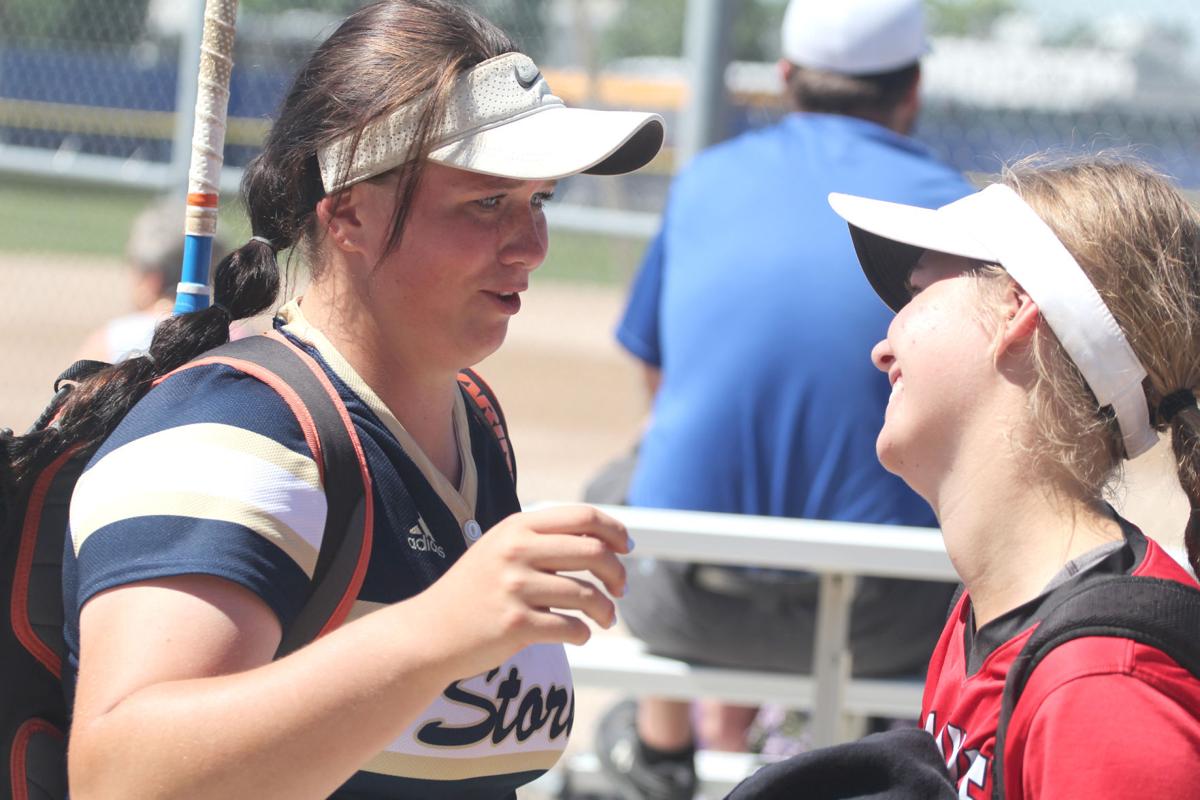 Chanhassen player/manager Brandon Arnold holds a four with the Class B State Amateur Baseball Championship trophy, the fourth consecutive title for the Red Birds, on Sept. 5 at Chaska’s Athletic Park.

The 2020 high school sports schedule was halted mid-March, canceling the state boys basketball tournament and the final rounds of the girls basketball event. Spring sports were wiped out entirely.

While teams did participate in fall sports, a second round of season cancellations ended volleyball and football years too soon, while no state tournaments were held.

The rivalry football game in September between Chaska and Chanhassen was a reminder of all of that. It was that night where many of us, myself included, realized truly what we had missed for much of 2020.

The coming months are uncertain. Let’s not take for granted what we currently have. Let’s appreciate it for what it is, and what it is is something great.

Here are my top 10 stories for 2021 from the Chaska Herald and Chanhassen Villager coverage area.

10. STATE DROUGHT ENDS: Chaska has had multiple Division I and II boys golfers come through the program in the last decade. Team scoring records were shattered. But no Hawks team was unable to get over the hump, qualifying for the state tournament, until 2021.

Chaska was able to put together its best two rounds of the season, 291 and 300, winning the team title for the first time since 2008 by nine strokes over Minnetonka.

“It feels awesome. This is something we were talking about at the beginning of the season. We didn’t get off to the greatest start, but we kept working, got our swings down, and as soon as the championship meets came along, we started playing to our potential. And everyone contributed to this win” Chaska’s Jimmy Young said.

9. SAVING THE BEST FOR LAST: Autumn Hepola had scored 8.95 on her first vault attempt, not enough likely to advance to the Class AA State Gymnastics Meet. The Chaska/Chanhassen senior had one more shot at the event.

“We talked a lot this season about how she needs a solid five minutes to completely recover between vaults, so she is so thankful that the meet referee made her wait at least two minutes to do her second vault. That delay was a game changer for her,” Chaska/Chanhassen head coach Chris Lacy said.

The Chaska senior’s reaction upon sticking the landing told it all. An empathic wave of the arms to the judges. A meet-best score of 9.55 from one judge, an overall score of 9.425. Hepola was heading to state, where she scored 9.275, her second-best career mark, in a 31st-place finish.

8. DO IT FOR DAVE: There was no doubt Minnetonka was headed for a state championship in 2020 in girls tennis. Something the Skippers had last won in 1975. COVID, though, cancelled post-season play.

Fast-forward to 2021, nearly the entire line-up returning, and Minnetonka was No. 1 in the state from start to finish. With a pre-match rally cry honoring their late head coach Dave Stearns.

“To finish the tournament like that, and on top of a team championship already, it was a special week. I know I speak for Karina and I when I say that team championship was really important for us. We wanted to win that for Dave,” Annika said.

7. KICKING ADVERSITY’S BUTT: A seven-week pause in the season, routines learned over Zoom, Chaska, making its 14th consecutive state tournament appearance in kick dance, was fourth out of 12 qualifying teams. Just a 1/2-point rank score behind Brainerd from a second straight state medal.

“This group, I called them ‘steady eddy.’ They were reliable, dependable, such forward-looking, optimistic. They were a let’s do whatever we’re able to do team. This is the group we needed this year,” Chaska coach Kris Rydland said.

In Class A, listening to a stream back at their high school, Holy Family Catholic was awarded third place in jazz/funk. A tie with two other teams made for some nervous listeners.

6. PERFECT GAMES AND A STATE SHUTOUT: Sydney Schwartz struck out 295 batters, won 21 games, and allowed one run per game in the pitcher’s circle. If four no-hitters, three without giving up a runner, wasn’t enough, the Minnesota Gatorade Player of the Year was lights out in the state tournament quarterfinals.

Matched up in a classic pitcher’s duel with Annie Voelkers of Elk River, scoreless into the ninth inning, Schwartz finished with 18 strikeouts in allowing two singles and one walk.

An Elk River runner never reached third base in the game. The third consecutive game that statement has been true for Schwartz and the Storm.

5. NO DOUBT ABOUT IT: Longtime Minnetonka girls swimming and diving coach Dan Berve wouldn’t miss it. And the it was a state championship for the program; the first since 1976. So Berve flew in from Colorado to witness history.

“I think a lot of this success is owed to Dan Berve as well. You’re just never going to see a team like that ever again, and to be a part of it, a captain, was special,” Kapeller said.

4. STATE CHAMPION STARS: When Southwest Christian scored six goals in the Section 6A championship over a team, Providence Academy, that had allowed nine all season, it was a statement. The Stars boy soccer team was the team to beat at state.

Southwest Christian was loaded at every level, all-state players in Adam Tebbs, Jake Bettin, Jack Boike, and Luke Kamm. The return of leading scorer Jon Brain, an all-state selection in 2020, was the missing piece.

“It’s doesn’t feel real. Saying we’re the first ones. You have to pinch yourself,” Southwest Christian’s Camden Mellema said. “We had a bunch of alumni at the game, including my brother (Keegan). His teams really were part of where this big run of good Southwest Christian soccer teams started. I think we all thought, ‘let’s go do something great.’ And we did.”

3. FAST IN THE POOL: It was the last time Evan Bock, Reese Hodgins, Josiah Dunker, and Sam Brennan would swim together for Chaska/Chanhassen. They made sure to put the finishing touches on impressive high school careers.

“Before the 400 relay I got us together and I give them a pep talk. I told them we were just the fastest guys ever in the Minnesota State High School League history (in the 200 freestyle relay). Why not do it again?” Chanhassen’s Bock said.

They repeated as state champions in the event, the second title of the meet. Add in six top-eight individual finishes, four other top-16 times, and the Storm Hawks were second to Edina in the team standings for a third consecutive season.

2. RECORD-BREAKERS: 20,000 was the attendance goal for the 2021 Minnesota State Amateur Baseball Tournament. Waconia-Chaska-Hamburg were welcomes with more than 21,000 over three weekends in August and September; the most in 60-plus years.

One thousand burgers were sold on the final Saturday in Chaska. Add in 400 cheese curd orders and the grill was loaded.

WCH21 became the new standard, something the Chanhassen Red Birds understand how to do. A 9-2 win over Miesville capped a fourth consecutive Class B State title. Only one team, Albert Lea, between 1944 and 1948, has won more in a row.

Zach Hoffmann’s fifth-inning home run swung the momentum in the Red Birds’ favor. “That was the turning point. It was an absolute game changer,” Chanhassen Red Bird Michael Jurgella said of the home run.

1. THEY TRULY WERE CHAMPIONS: The game tied, 12 seconds on the clock, Chaska turned to its senior leader, Kaylee Van Eps, for the most important play in program history. A back-door cut, a contested lay-up off the glass, the Hawks were state champions in girls basketball.

“It’s a play we work on all the time in practice. We felt like the play was going to be open. I wanted that lay-up more than anything. It was the perfect pass from (Mallory Heyer). I’m so happy I made the shot. There were so many emotions with the shot. It’s something I’ll remember forever,” Van Eps said.

Chaska defeated some of the state’s top teams to get to that point, taking down Minnetonka and Stillwater, and no one will forget the victory over No. 1 nationally-ranked Hopkins in the state semifinals. A team that had won 78 straight games.

“It is so hard to get to the state tournament. To get there, upset Hopkins, the No. 1 team in the country, and then for our girls to have the resilience to pull out a two-point victory for the state title, I cannot express how much I love you guys and how proud I am,” Chaska head coach Tara Seifert said.