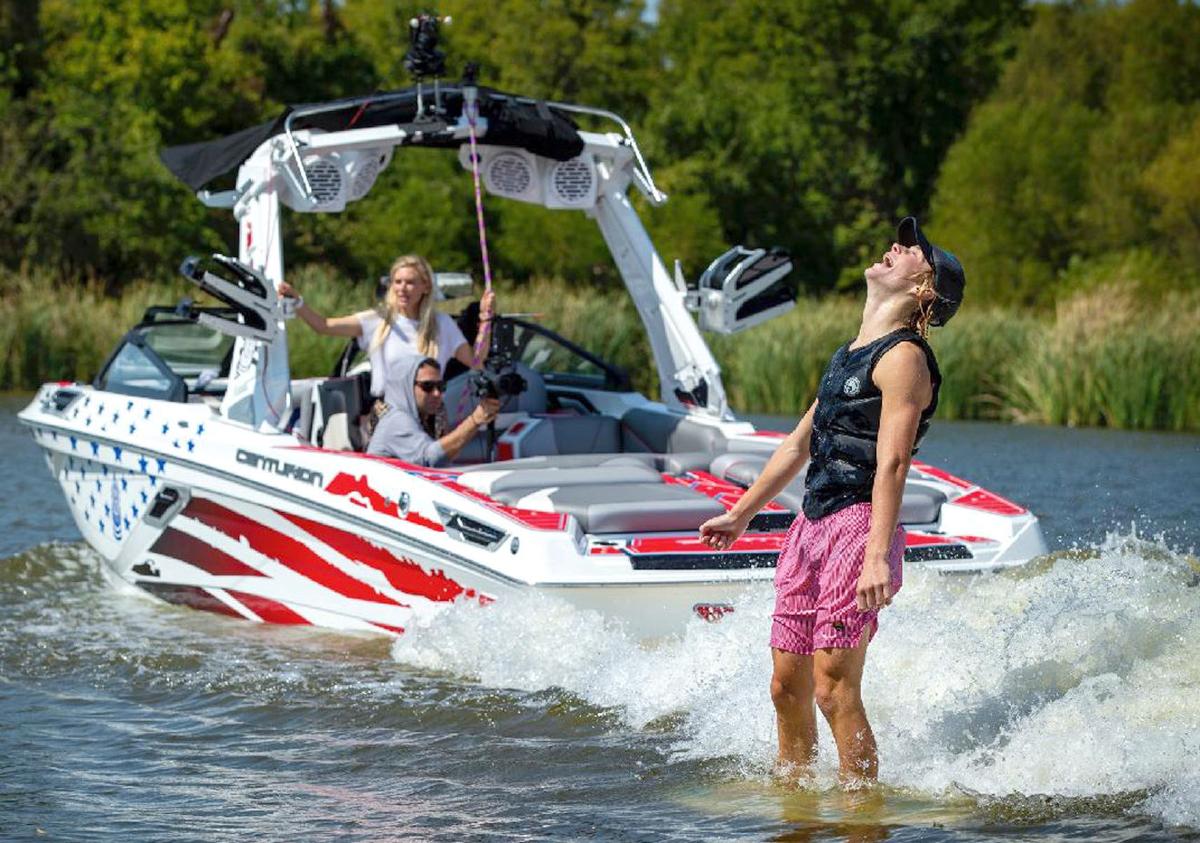 Tyler Stewart of Victoria, a senior at Chanhassen High School, realizes he is a champion at the World Wake Surf Championships in Fort Worth, Texas, in October. Stewart is ranked No. 1 in the world at the pro skim division. 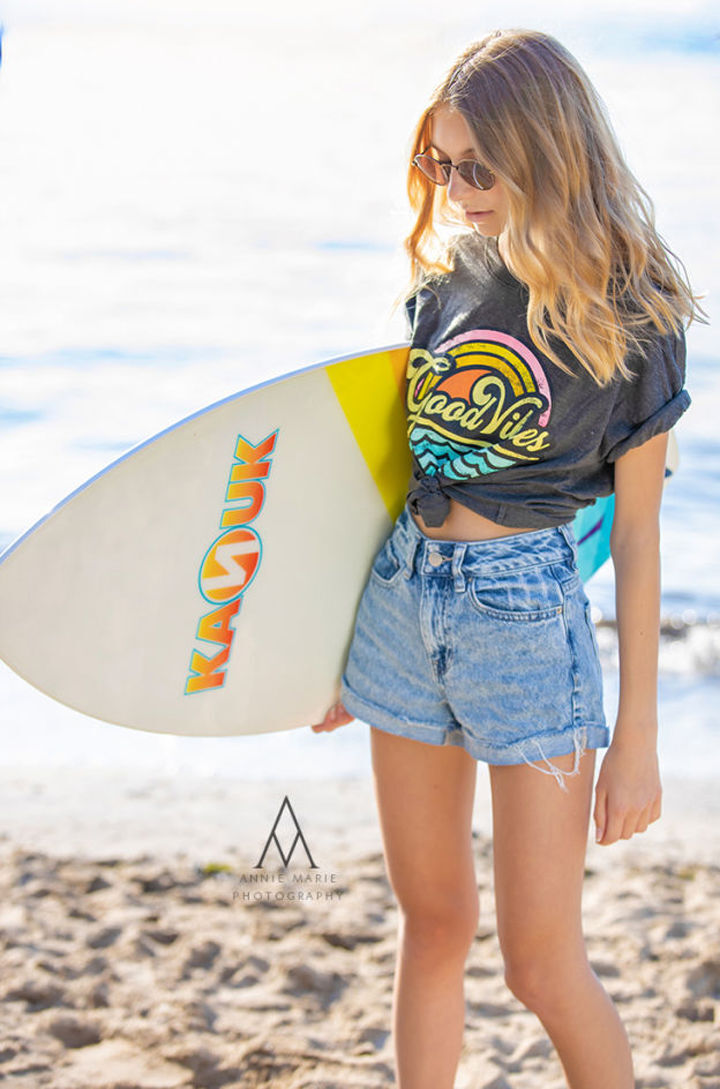 Ava Stewart, a freshman at Chanhassen High School, was the top U.S. wake surfer at October’s World Championships in the amateur skim division. With her placing, she moves up to the semi-pro division in 2021. 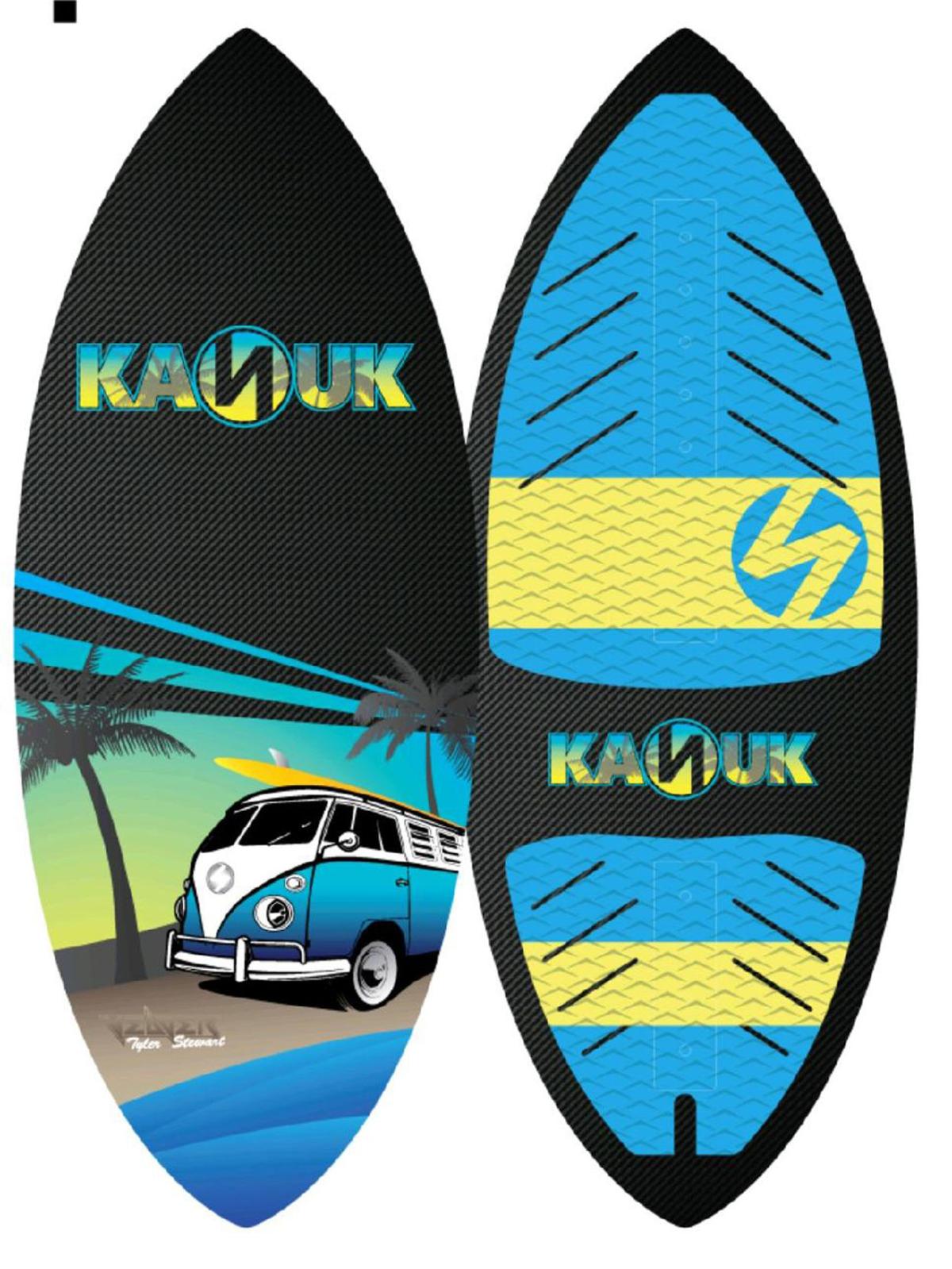 Tyler Stewart of Victoria, a senior at Chanhassen High School, realizes he is a champion at the World Wake Surf Championships in Fort Worth, Texas, in October. Stewart is ranked No. 1 in the world at the pro skim division.

Ava Stewart, a freshman at Chanhassen High School, was the top U.S. wake surfer at October’s World Championships in the amateur skim division. With her placing, she moves up to the semi-pro division in 2021.

The first day of class sometimes begins with each student telling the class and the teacher one thing interesting about them. Maybe a hobby. Maybe an accomplishment.

No, seriously, he is. And when school resumes in-person hopefully this school year, his last at Chanhassen High School, he can add the title of world champion to interesting fact.

Stewart, in his first year in the Men's Pro Skim Division, put together two days of clean runs, winning the World Wake Surfing Championship in Fort Worth, Texas. Ranked No. 1 in the world now, Stewart posted a score of 90.3 out of 100, besting the next competitor by three points.

"I'd say there are a lot of factors that go into it, but the main one is I'm super into it. I'm always watching videos, thinking what my next trick is going to be," said Stewart of his quick rise to the top. "I surf more than the average person. I'm surfing all day long in the summer."

Stewart said his stature, "I'm small and skinny," along with his advanced coordination from skateboarding, snowboarding and trampoline play allow him to move his body in a certain way.

STARTING AT THE BOTTOM

Stewart remembers the first competition he entered, an event on Gull Lake near Brainerd. He and fellow Chanhassen High School student Chris Furey, also a professional wake surfer, ranked in the top 10 in the world as well, started at the bottom.

"We just went up there for fun, giving it a shot. We probably finished last and second to last," Stewart said.

What the experience did though was hook Stewart's interest. He went home to Victoria and began working on new tricks. The next year, his family took a spring break trip to Florida where he worked 1-on-1 with an instructor to master the basic tricks.

Soon it was evident the family's water ski boat needed to be traded in for an upgrade.

Stewart's mom, the family videographer, grew up in Brainerd on the water. Stewart's dad, Rob, the boat captain, was also known to hit the lake from time to time. So it was only fitting to bring in daughter, Ava, now a freshman at Chanhassen High School.

Ava Stewart, competing in the women's amateur division at the World Wake Surfing Championships, placed fourth in the skim division. She was the top American finisher, behind a trio of Ukraine surfers.

"What mostly drew me in was Tyler would be surfing everyday and it intrigued me. I wanted to try. It got a little more fun each time," Ava said. "The hardest trick to learn is the 360. It takes hours and hours. Everyone tries it right away and that's where they get stuck. I feel like you just have to go for it. You can't be scared. You have to be fully committed."

After winning local events in Mound and on the Mississippi River as well as a competition in Michigan in 2019, Tyler was able to qualify for his first world championship event. Having just been elevated to semi pro, known as Outlaw, he caught the eye of professionals from the start.

For good reason. Tyler was the 2019 World Outlaw champion. A year before, he was runner-up in the amateur division at nationals.

Moving up to the pro ranks meant new sponsors, River Valley Marine of Lake Minnetonka and Centurion Boats. It meant designing his own board with Kanuk Board Co.

The 2020 season, while mostly virtual, saw him continue his success, winning five events. But after finishing dead last in a final tune-up competition before the World Championships, falling on his first trick -- something that had never happened -- Stewart knew he needed to be more mentally prepared.

It was a wake-up moment. "It taught me anything can happen. I had to be better prepared," he said.

Spending two weeks in Florida before the World Championships, he worked on his run over and over until it became second nature. Competing in an event on the Pro Wakesurf Tour, he earned a first-place finish that was aired recently on the CBS Sports Network.

At Worlds, which brought together the 10 best pro skim surfers from around the globe -- two surfers, one from Canada and another from Austria, were forced to compete virtually -- Stewart led from start to finish.

When that final run ended, he knew he was the champion.

"I was super impressed with the (Competitive Wake Surf Association). They really went out of their way to make the championships happen. Everything else was being canceled, so many events were virtual. I feel very fortunate Tyler had this opportunity," Katie Stewart said.

To qualify for worlds in the amateur division, modules or mini competitions were set-up around the country and around the world. Ava competed in Alexandria, Minnesota, her runs recorded on Go Pro. She was one of eight surfers, including four Americans, to qualify. Ava finished fourth.

While Stewart and Furey make-up the pro surf scene in Minnesota, wake surfing is popular across the state. And the community the Stewarts have met through the sport, through Instagram, continues to expand.

"I think wake surfing has this unique perspective where they are competing against each other, but they are cheering each other on. That would never happen in hockey where you're hoping the other team scores. It's such a supportive community; a friendly community," Katie Stewart said.

Tyler said having Furey, who also competed at the World Championships, along for every step of the way has been "pretty cool."

"We've both pushed each other to be the best. We've been able to have this friendly competition among us to help us improve much faster," Tyler said.

With the wake surfing season on hold, at least in Minnesota, Tyler and Ava looks ahead to the future. Ava will play for the U15 hockey team for Chaska/Chanhassen and she's a year-round lacrosse player. Next year, she will begin in the semi-pro division in wake surfing.

Tyler's signed up to play on the Junior Gold hockey team. Next year, he's about 99 percent sure he's headed to Grand Canyon University in Arizona. Tyler also has a new board design launching for 2021 and he's converting a van into a camper to take with him to school.

Ranked No. 1 in the world, Tyler is working on the next greatest trick, preparing to defend his title next year.