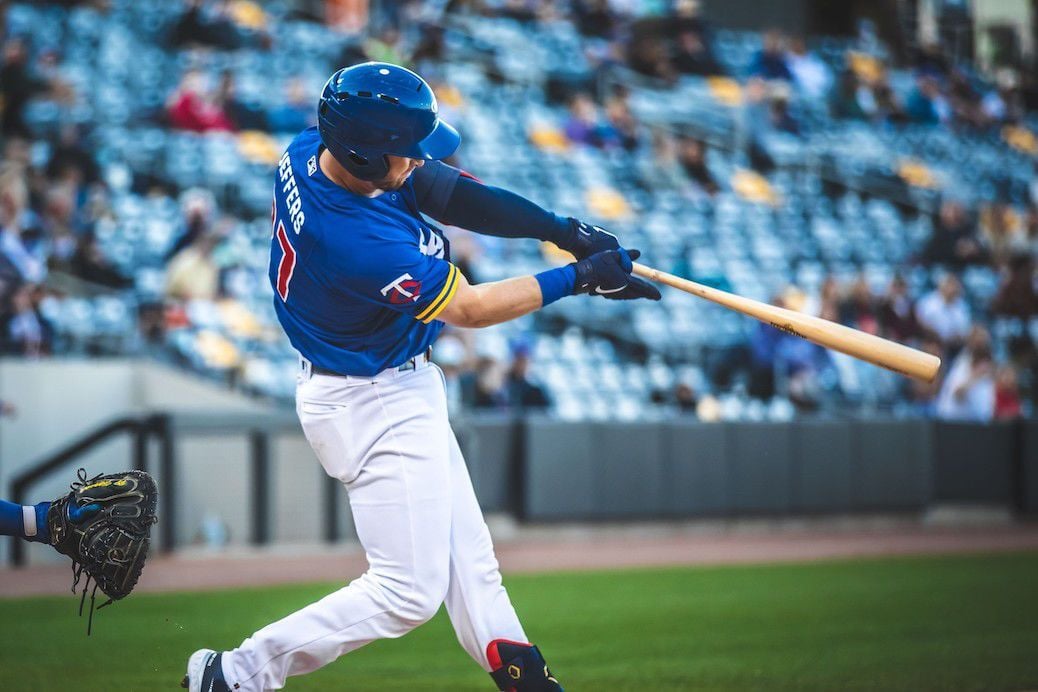 The TC logo on the St. Paul Saints’ new uniforms this summer symbolizes the team’s affiliation as the Minnesota Twins’ new Triple-A club. 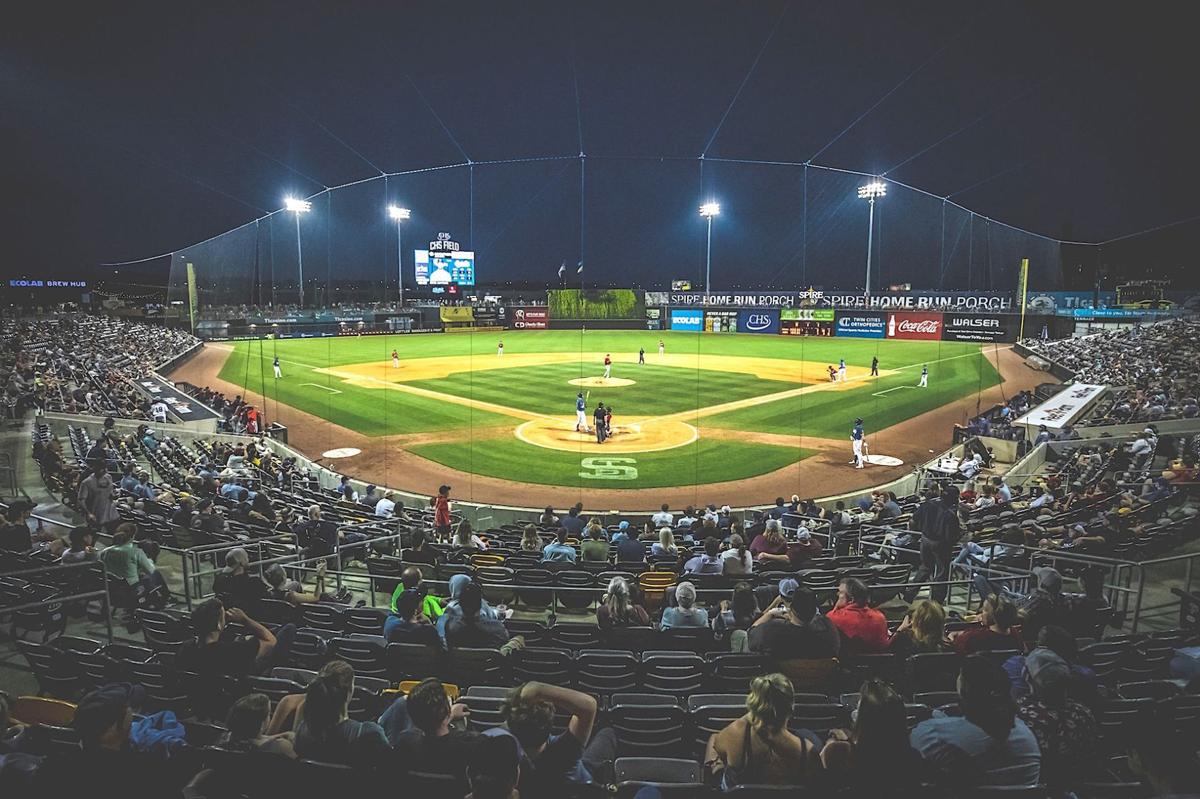 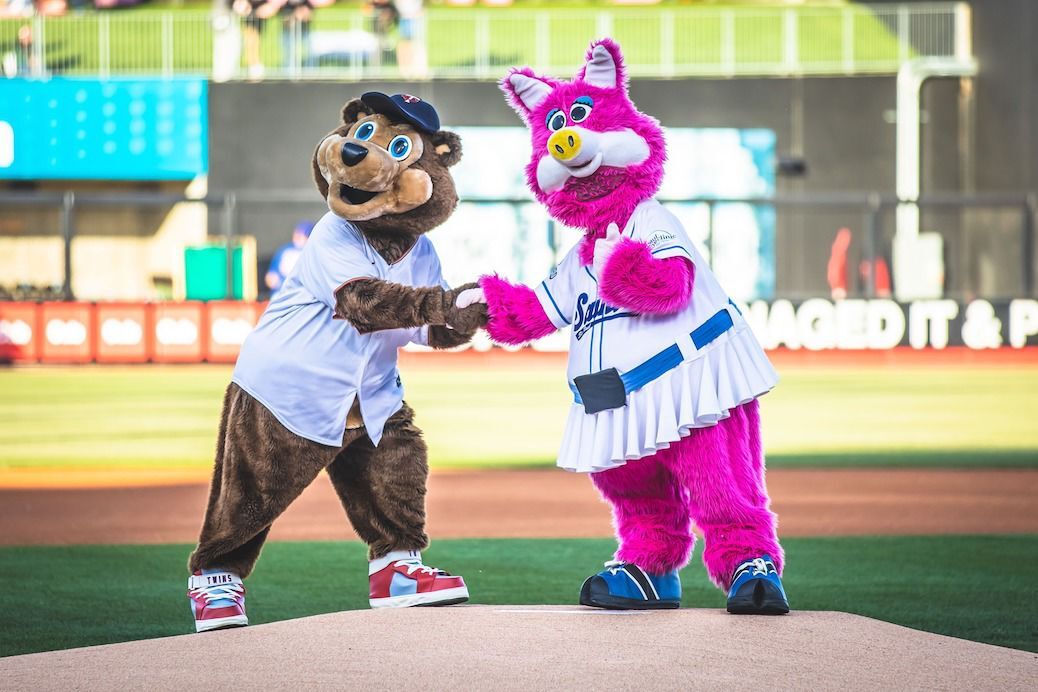 The Minnesota Twins and St. Paul Saints mascots can join forces this summer since the Saints are now the Twins’ new Triple-A affiliate.

The TC logo on the St. Paul Saints’ new uniforms this summer symbolizes the team’s affiliation as the Minnesota Twins’ new Triple-A club.

The Minnesota Twins and St. Paul Saints mascots can join forces this summer since the Saints are now the Twins’ new Triple-A affiliate.

Baseball's unofficial anthem, "Take me out to the ball game," has a little more meaning this summer in St. Paul.

The St. Paul Saints, an independent minor league baseball club since 1993, is now affiliated with Major League Baseball. The team is in its first season as the Minnesota Twins' new Triple-A squad.

CHS Field in St. Paul, home of the Saints since 2015, will have a roster full of potential future Twins, making the games that much more interesting for fans. Not only will there be potential future MLB stars at CHS Field, but current ones as well.

Twins' outfielder Bryon Buxton, who was hitting .370 with nine homers and 17 RBIs in 24 games early this spring before injuring his hip, started his rehab assignment June 8 with the Saints.

Target Field in Minneapolis and CHS Field are just 10 miles apart, making it easier for the Twins to call players up and send others down.

"The Minnesota Twins are ecstatic about the opportunity to form this partnership with the Saint Paul Saints," Dave St. Peter, Twins president and CEO, said in a statement. "We have long admired the creative excellence of Marv Goldklang, Mike Veeck and their team in making the Saints one of America's most successful minor league brands.

"We are incredibly excited for Minnesota baseball fans who can now watch some of their favorite Twins prospects wearing the Saints uniform, while playing at gorgeous CHS Field. Simply put, this historic Twins-Saints partnership is great for baseball in the Twin Cities and beyond."

The Saints spent 13 seasons (1993-2005) in the Northern League and then 15 more after that (2006-2020) in the American Association of Professional Baseball. Before CHS Field was built, the Saints played their games at the old Midway Stadium in St. Paul.

For the first time since September of 2019, the Saints were at full capacity for game June 8 against Omaha Storm Chasers.

Last summer, the Saints did not have any games at CHS Field due to the COVID-19 pandemic. This year's May 11 opener was only 50 percent capacity.

The Saints have been well known for their promotions over the years with Veeck. And there are many set for this summer at CHS Field.

Starting in July, some of them include:

Back in December, when the Twins' announced the Saints as their new Triple-A club, the Twins also got a minority stake in the franchise. However, majority ownership still remains with Veeck, Goldklang and actor Bill Murray.

"Our fans have been the lifeblood of this organization since 1993," Veeck told the Argus Leader back in December. "Marv, Bill and I wouldn’t have done this deal without their blessing.

"When we moved into CHS Field, they had one ask and that was not to change our identity. We made that promise in 2015 and we're making that promise now. I’m excited for this partnership and I look forward to bringing our irreverent fun to the world of Triple-A baseball."

For more on the Saints, go to milb.com/st-paul.