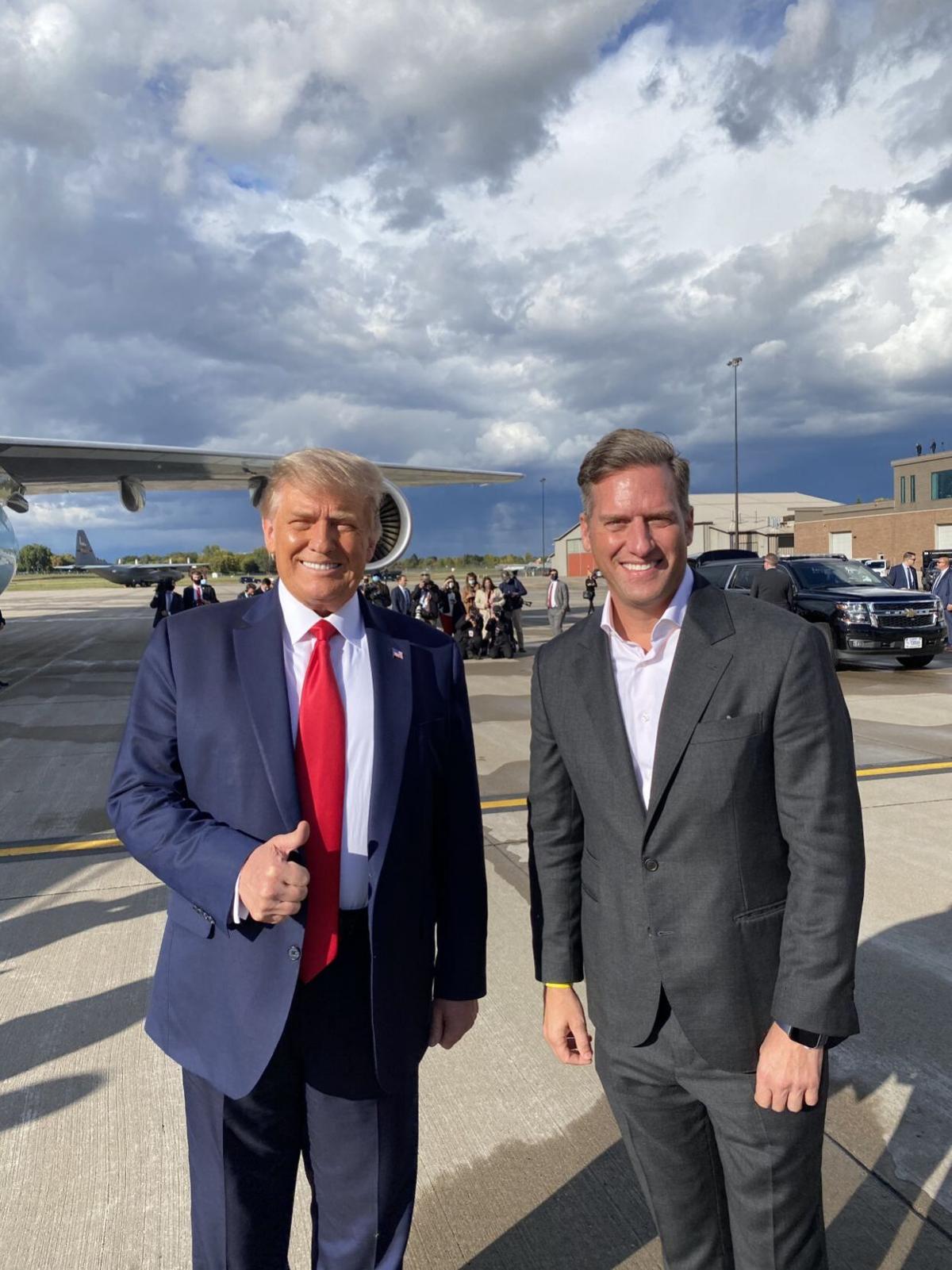 President Donald Trump announced on Twitter Oct. 1 that he and First Lady Melania Trump both tested positive for COVID-19.

The announcement follows a week of travel for the president, who was scheduled to attend a private fundraiser in Shorewood Wednesday, Sept. 30 before rallying with thousands of supporters in Duluth later that night. Trump’s positive test comes after White House staffer Hope Hicks tested positive for the virus. Numerous media reports state that Hicks traveled with the president on Air Force One Sept. 30.

The private fundraiser in Shorewood was held at the home of Cambria CEO Marty Davis. The fundraiser cost $200,000 per couple to attend, according to a flyer promoting it.

It was unclear who attended the private fundraising event.

“Staff and guests lingered after the president was there,” Olson told Dave Lee Friday morning. “They sang karaoke, they had their arms around each other.”

Chaska resident and MyPillow CEO Mike Lindell, who spoke at the Duluth Trump rally — but wasn’t in attendance at the private fundraiser — said he never came into close contact with Trump or anyone else on the campaign and tested negative for the virus Thursday, Oct. 1.

Lindell said he “prays... (the President and First Lady) get the cure from me,” referring to extract from a toxic plant called Nerium oleander, which Lindell said he takes every day and has protected him from contracting the virus.

Lindell said he didn’t come into contact with the President or anyone who was with him on Air Force One the day of the rally, but added that even if he did, “I could eat the virus and it wouldn’t do anything for me.”

Lindell is on the board of Phoenix Biotechnologies, Inc., the company claiming Nerium oleander extract is a treatment and preventative for COVID-19. It has not been approved by the FDA.

“The FDA has been slow-playing it, and Big Pharma’s been stopping it,” Lindell said. “It’s a joke.”

Lindell, a recovered addict-turned-evangelical Christian who has been one of Trump’s most recognizable supporters in the state, said he has been tested for the virus more than 30 times, all of which have come back negative.