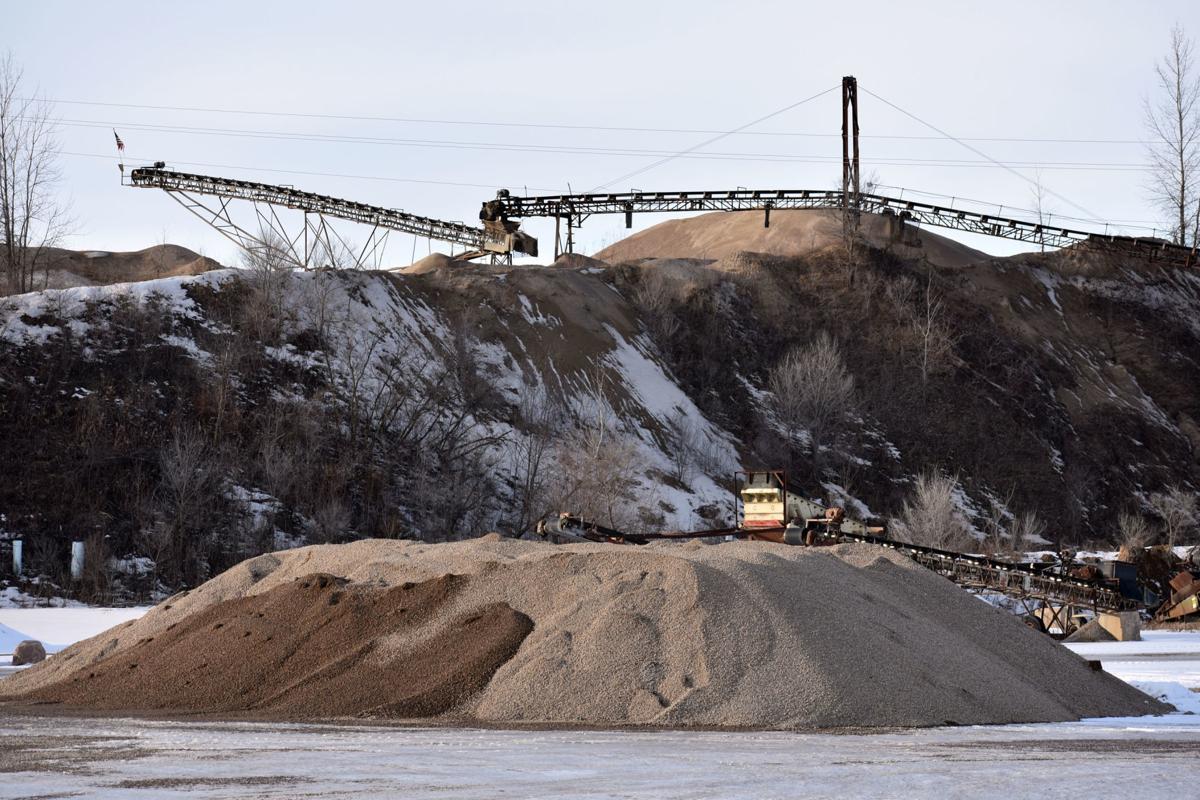 A recent approval by the Carver County Board will give new gravel pit owners W.M. Mueller and Sons, who bought the land from the Lundquist family, 103 acres to work with. 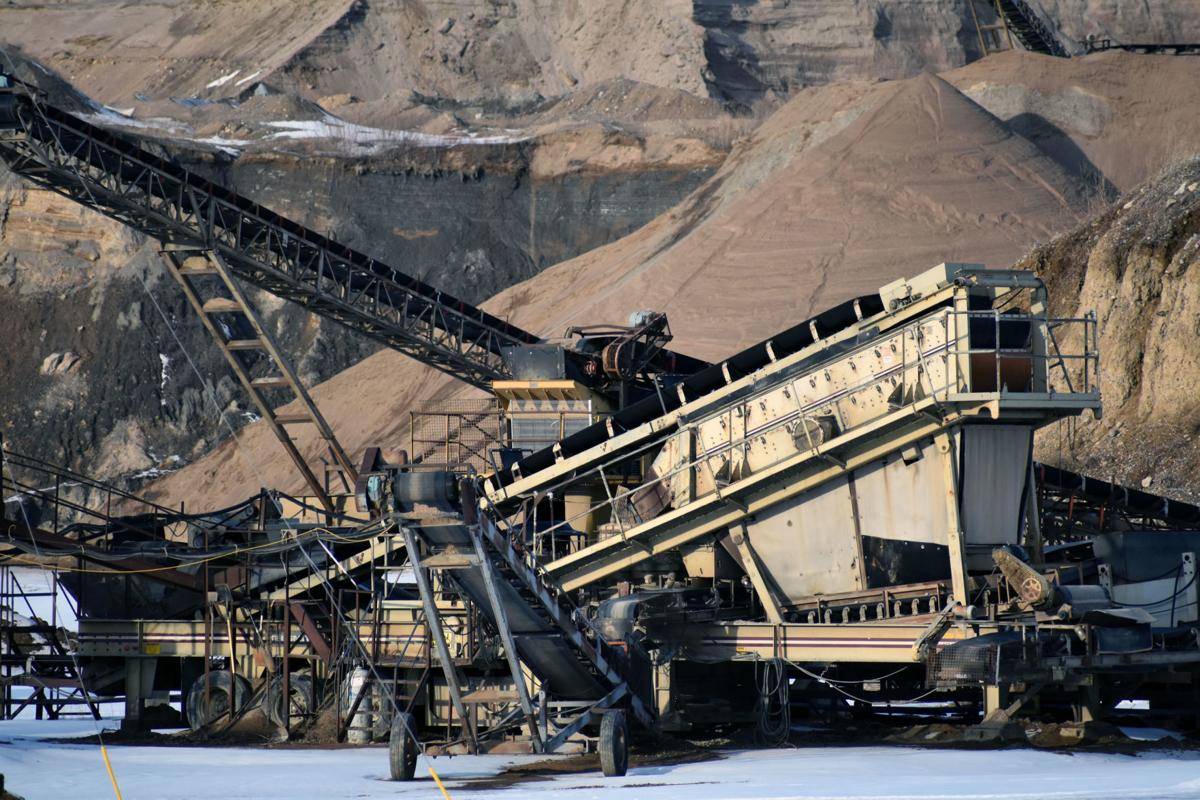 The Carver County Board of Commissioners unanimously approved a gravel pit expansion on County Road 40 near East Union Lutheran Church.

A recent approval by the Carver County Board will give new gravel pit owners W.M. Mueller and Sons, who bought the land from the Lundquist family, 103 acres to work with.

The Carver County Board of Commissioners unanimously approved a gravel pit expansion on County Road 40 near East Union Lutheran Church.

Dahlgren Township homeowners are used to a certain landscape, but change is coming.

The Carver County Board of Commissioners unanimously approved the plan on Dec. 17.

The decision ended a months-long debate over the site, which already hosts a smaller mining pit, located on County Road 40 near East Union Lutheran Church.

“We’re used to what we see out our windows every day,” Degler said. “That doesn’t mean it’s going to stay that way forever.”

Since approved, it gives W.M. Mueller and Sons an interim use permit, or IUP, to move forward with expanding mining at the site.

On Dec. 3, the board decided to delay its vote for two weeks. Within that time, project managers decided on a definitive timeline of 30 years to the formal request. According to the new plan, operations would end by Jan. 1, 2050, or until operations cease or if there’s a change in ownership.

Twenty acres are already being used for mining, but the current permit only allows for 16 years of mining, and that period has come to an end. The approved IUP will give the new owners, who bought the land from the Lundquist family, 103 acres to work with.

Hours of operation have been limited, changing Saturday hours from 7 a.m.-7 p.m. to 8 a.m.-4 p.m. Work was never slated to be done on Sundays, and revisions now say mining would cease for functions like funerals and weddings at East Union Lutheran Church.

The applicant also agreed to limit crushing and washing activity to 100 days each and notify the county when doing so. In addition, the applicant will complete mining of a small northwest corner of the site in three years.

Language was added regarding plants and vegetation at the site, to establish post-mining landscape plans.

As for noise control, Mielke said backup alarms for hauling vehicles will remain, but if they’re within 700 feet of a residence, there will be noise testing. He also said Kirsten Pauly, with Sunde Engineering, took neighbors’ concerns and brought them to the board, but some residents are still unhappy with the compromises.

David Zoll, attorney with Lockridge Grindal Nauen in Minneapolis, represented Roger Falkenstein and other neighbors at the board meeting. He pointed to similar mining operations in the state and said their IUPs were up after 10 to 20 years.

“The real issue here (and) now is what is the appropriate time frame,” Zoll said. “It’s not a decision we need to, or I suggest even should, make today.”

Neighbors agreed, but knew the decision would probably favor the IUP anyway.

“I think it’s clear at this point in time that our interests are not aligned,” said Adam Falkenstein, who lives near the to-be expanded mining site. “The applicant has stated numerous times that they are trying to be neighborly in this process, and I would say that it has been a far cry from it.”

He and others pointed again to the long timeline, lingering noise concerns, and public comment period.

Adam Falkenstein said in August 2019, when the board first started seriously considering the mine, not many neighbors responded with feedback. But by mid-November, when the permit was available for public viewing, those in the area spoke out strongly.

“Why would this process wait until the 11th hour to engage the neighborhood?” he asked the board.

“My home is currently 1,500 feet or so from the current gravel pit, and I can hear this noise inside my house today. I can feel the vibrations during my morning shower,” West said.

“What we have to look forward to is a giant, unsightly earthen berm as a constant reminder that we lost,” he continued. “The Lundquists make money. The Muellers make money. The county makes money. And the neighbors lose — plain and simple.”

Larry Harris, a lawyer for the Mueller property owners, said his clients agreed to take more time to discuss a mining termination date and, in the end, they did that and want to move forward with plans.

“This is a limited and precious resource. It needs to be mined. As soon as its mined, it’s going to be terminated,” Harris said. “I think the board has heard everything.”

He added the Muellers believe they can finish mining around the 15-year mark, but allotted for 30 years to be safe.

“I think the neighbors have eloquently expressed their concerns and I agree wholeheartedly with them,” Commissioner Degler said, just before the vote.

“The county and the governing authorities hopefully, and most of the time, make the decision that they feel is best and or it’s legal.”

He continued, saying the Lundquists, who are selling the property, have the right to use their land however they feel is best. The applicants came a long way in their proposal, he said, and the final decision is one that benefits the whole county.

“It’s going to be a major change, no doubt about it,” Degler said. “The fear of the unknown is sometimes worse than what actually takes place.”