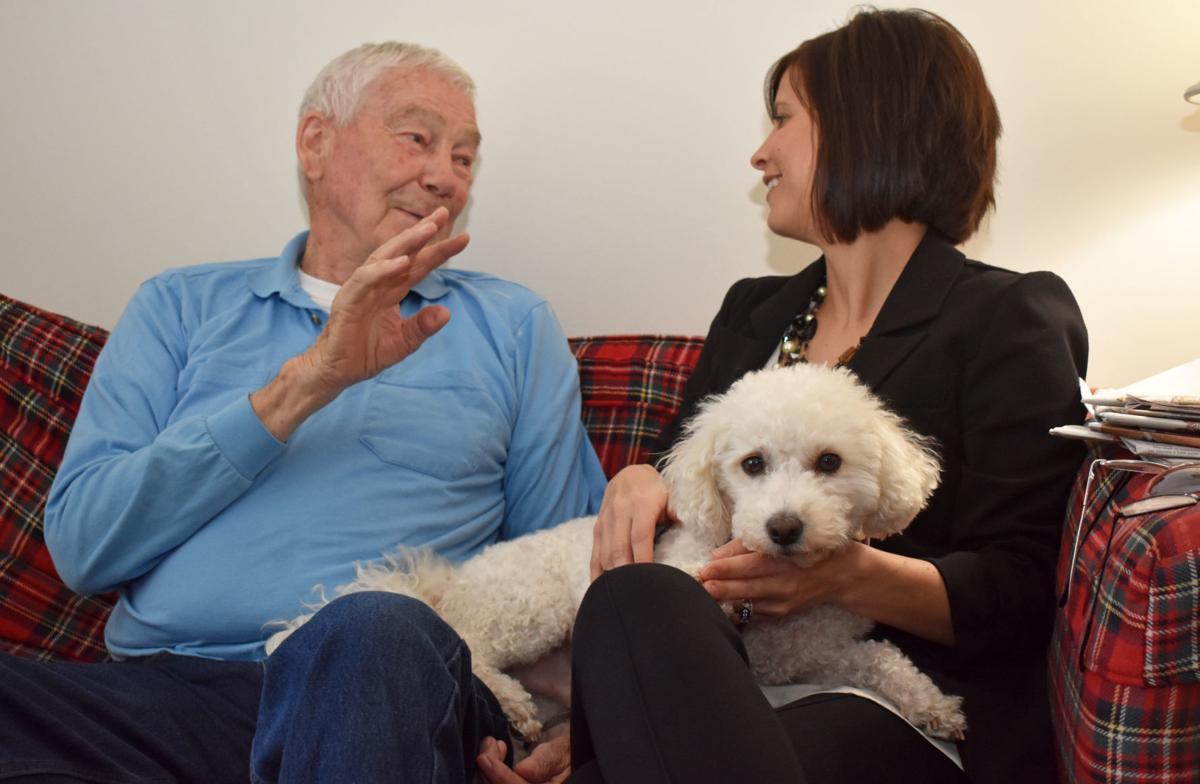 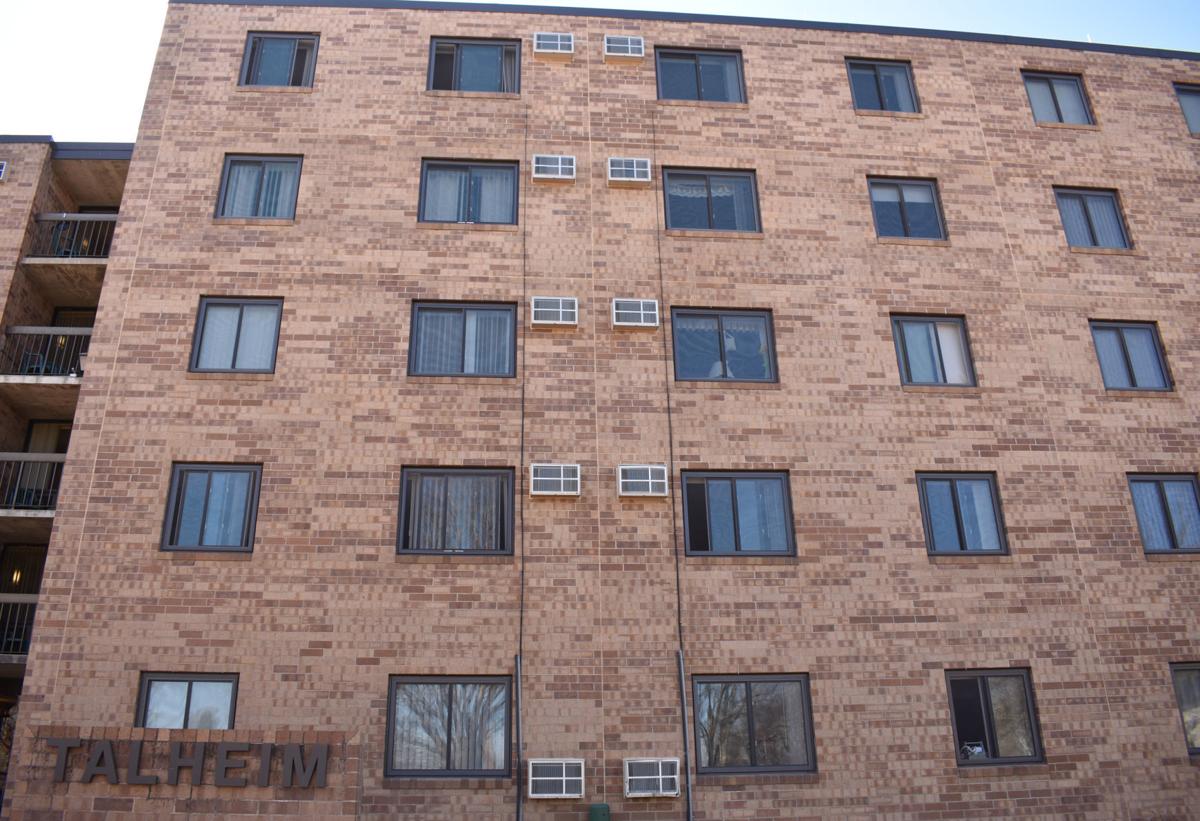 Talheim Apartments is at capacity and is no longer accepting applications because its wait list is all filled out.

Talheim Apartments is at capacity and is no longer accepting applications because its wait list is all filled out.

Cindy Nevins wants to live in Chaska for the rest of her life.

The former Jordan resident moved to River Gables (now called Chaska Zen) apartments in downtown Chaska five years ago with her husband, Michael. After recent rent and utility increases, they have been on the hunt for a low-cost apartment.

However, affordable places in Chaska are hard to come by, she said, noting their income does not qualify for subsidized senior housing. The Nevinses expanded their search to the wider southwest metro, finding little success.

“Since my husband retired, we started looking around, and even if you find something, the waiting list is very long,” Nevins said. “It seems like there’s not a lot of affordable housing out there.”

The Nevinses aren’t the only ones with affordable housing on their minds.

Local senior housing development officials have reported that they are at 100 percent capacity, with waiting lists that can take months before there is an opening.

At the government level, city staff are studying a new affordable housing fund that would help future developments.

In March, Nevins and a group of six to eight seniors from Chaska Zen asked Chaska city councilors to advocate for more senior and affordable housing in the city. Nevins said she’d even be interested in being part of an affordable housing committee.

“We grew up in the era of saving up a security egg — saving up money for emergencies. What I think I’m seeing is (other seniors are using) those emergency funds for day-to-day activities,” Nevins said.

Affordable housing has also been a topic of discussion among candidates competing to represent wards 2 and 4 in this year’s special election.

During the April 4 League of Women Voters’s special election forum, candidates said they would be advocates of building more affordable housing units in the city.

Candidate Taylor Hubbard said the issue of affordable housing was particularly personal, as her family has been looking to move from their townhouse.

Nevins said she hopes to be an advocate for other seniors in the community, who are strapped by medical expenses and limited incomes.

Rents at Chaska Zen were raised by $40, she said, while her Social Security check only increased by $15.

However, she acknowledges she and Michael are lucky, for now. Neither are on expensive medication or need extensive medical assistance.

Some of her neighbors do.

“It’s a little scary, especially for seniors relying on retirement funds. You’re on a tight budget,” she said.

Senior living in downtown Chaska is at 100 percent capacity.

The Landing in downtown has a wait list of 33 applicants, according to an email from Marika Kelly, a consultant speaking on behalf of nonprofit organization that owns that property.

The 54-apartment building has specific low income requirements and opened five years ago. It had five move-ins in 2017, five in 2018 and one so far this year.

Over at Auburn Courts and Talheim Apartments, those on the waiting list can wait six months to a year before they are able to move in, according to Marketing Associate Krista Buesgens of Auburn Homes & Services.

At Talheim there are 58 independent living apartments, which can have anywhere from five to 15 move-ins per year. Currently the apartments, which have income requirements, cannot take any new applicants because the wait list is filled out.

Auburn Courts and Manor, which are also part of Auburn Homes & Services, offers assisted living, memory care and skilled care. There are 20-30 move-ins per year at those facilities, said Housing Manager Brad Johnson. Statewide projections show there will be 10,000 people turning 65 for the next 10 years, he added.

“The demand is only going to go up,” he said.

Those who can’t obtain a room at Auburn facilities are given a list of other senior homes to contact and administrators will sometimes call their competitors to see if there are open rooms for them.

“We’ll communicate with the competition and ask them if they have space available for someone who isn’t able to obtain a room here,” Johnson said, adding that other senior living homes will do the same for Auburn.

“We will try to help them and find them resources,” Buesgens added.

Out of 66 independent living apartments, only two are available and units that qualify for subsidized housing rarely free up, according to a spokesperson. There are also two units open in the assisted living facility out of a total of 58 and all 14 of its memory care units are filled up.

Wait lists vary in length. A two-bedroom apartment in its independent living section hasn’t been available since the facility opened in 2016, giving it one of the longer wait lists. Similarly, the wait list for an apartment for a view of Lake Jonathan is also very long.

Demand for senior housing is only going to increase in the future, according to a February report by the Minnesota Department of Housing.

Most Baby Boomers are on the younger half of the generation, with the largest group being 58-year-olds at about 80,000 people. The generation is defined as people who were born between 1946-1964 and are around 55-73 years of age in 2019.

In about 18 years, the State Demographer’s Office projects there will be 392,776 more seniors (over 65 years of age) than there are today. Right now, Minnesota has 930,000 seniors.

To address affordable housing in Chaska, city staff are suggesting a new fund that would be comprised of proceeds from TIF districts covering Clover Field Marketplace and Chaska Place Apartments.

Those funds would be dedicated to affordable housing projects in the city.

There’s an excess of $600,000 from the tax increment financing (TIF) districts that would be put into the city’s new trust fund for affordable housing developments, according to Assistant City Administrator Nate Kabat. Annually city officials believe about $60,000 could be added to the trust fund from those TIF districts.

“They aren’t there by surprise, they are there by design with the intent of using them for this purpose,” Kabat said, noting officials had planned for the fund years in advance. “We are projecting there will be a healthy amount of money that we could put into the trust fund on an annual basis.”

In March, the Chaska City Council took the first step in creating the fund and unanimously voted to formally amend TIF districts 12 and 13. TIF districts are created as a type of subsidy, and future property tax revenue increases are diverted to different projects.

“It’s about appealing to folks that are on all levels of income and appealing to people at all stages of life,” Kabat said. “We’ve been intentional about this for a long time — trying to have housing developed at all scales.”