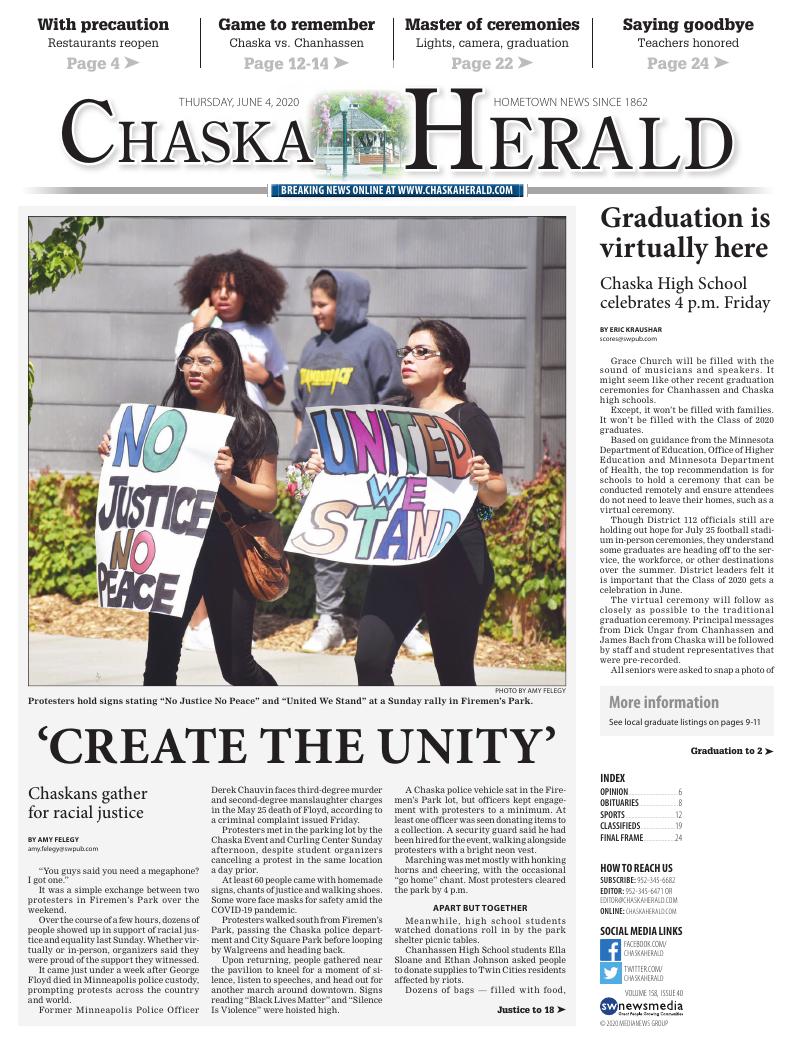 “You guys said you need a megaphone? I got one.”

It was a simple exchange between two protesters in Firemen’s Park over the weekend.

Over the course of a few hours, dozens of people showed up in support of racial justice and equality this Sunday. Whether virtually or in-person, organizers said they were proud of the support they witnessed.

It came just under a week after George Floyd died in Minneapolis police custody, prompting protests across the country and world.

Former Minneapolis Police Officer Derek Chauvin faces third-degree murder and second-degree manslaughter charges in the May 25 death of Floyd, according to a criminal complaint issued Friday.

Protesters met in the parking lot by the Chaska Event and Curling Center the afternoon of Sunday, May 31, despite student organizers canceling a protest in the same location a day prior.

At least 60 people came with homemade signs, chants of justice and walking shoes. Some wore face masks for safety amid the COVID-19 pandemic.

Protesters walked south from Firemen’s Park, passing the Chaska police department and City Square Park before looping by Walgreens and heading back.

Upon returning, people gathered near the pavilion to kneel for a moment of silence, listen to speeches, and head out for another march around downtown. Signs reading “Black Lives Matter” and “Silence Is Violence” were hoisted high.

A Chaska police vehicle sat in the Firemen’s Park lot, but officers kept engagement with protesters to a minimum. At least one officer was seen donating items to a collection. A security guard said he had been hired for the event, walking alongside protesters with a bright neon vest.

Marching was met mostly with honking horns and cheering, with the occasional “go home," and most protesters cleared the park by 4 p.m.

"We were really impressed by how many people showed up to the supply drive," Sloane said.

Right after the donation drive and from the comfort of home, Sloane and Johnson geared up for a virtual meeting called the Justice for George Protest.

Johnson said nearly 100 people joined the Zoom video call in place of protesting in person. He called it a “peaceful gathering against police brutality.”

“We got a super great turnout in the Zoom protest where they got a lot of volunteers who were willing to speak,” said Johnson, who canceled the event after reported threats to student leaders.

Sloane said she was moved by everyone who participated, whether they spoke in the video call or not.

"We had a ton of phenomenal people who spoke during our open forum and shared their thoughts," she said.

“My grandmother always used to say, ‘If somebody doesn't make space for you, make the space yourself,’” said Amanda Peterson, part of the leadership team at ROAR (Residents Organizing Against Racism).

“We’ve got to start calling our white people out. I'm just sick and tired of this whole riding the fence stuff. I'm done with it. I'm done,” said Chaska resident Tracy Leggett.

The hour-long video included a poster presentation, visual vigils, songs and moments of silence,a chance for neighbors to speak out, and a message from Latino VOICES, a social justice organization.

Song lyrics included "I believe that we can fix this over time" and "I want to feel the transformation, a melody of reformation."

Another participant was Dontá Hughes, a Chaskan and community leader. He said he hopes those Sunday conversations create some positive movement.

“We need those voices and that solidarity to help us be able to push this community forward,” Hughes said, tearing up. “All I do is cry. It’s so heartbreaking.”

Leaders ended with a few steps people can do to propel racial justice in Chaska: Contact local officials like police officers and mayors. Partner with local community groups like Latino VOICES or ROAR. Donate to organizations with justice goals.

Though Minneapolis is 30-some miles away, one activist leader said, "This is our city," that it's one and the same.

“I hope this goes a lot further and that we can create the unity inside this community that we need," Hughes said. "Because we can’t do it alone. We all have to do it together.” 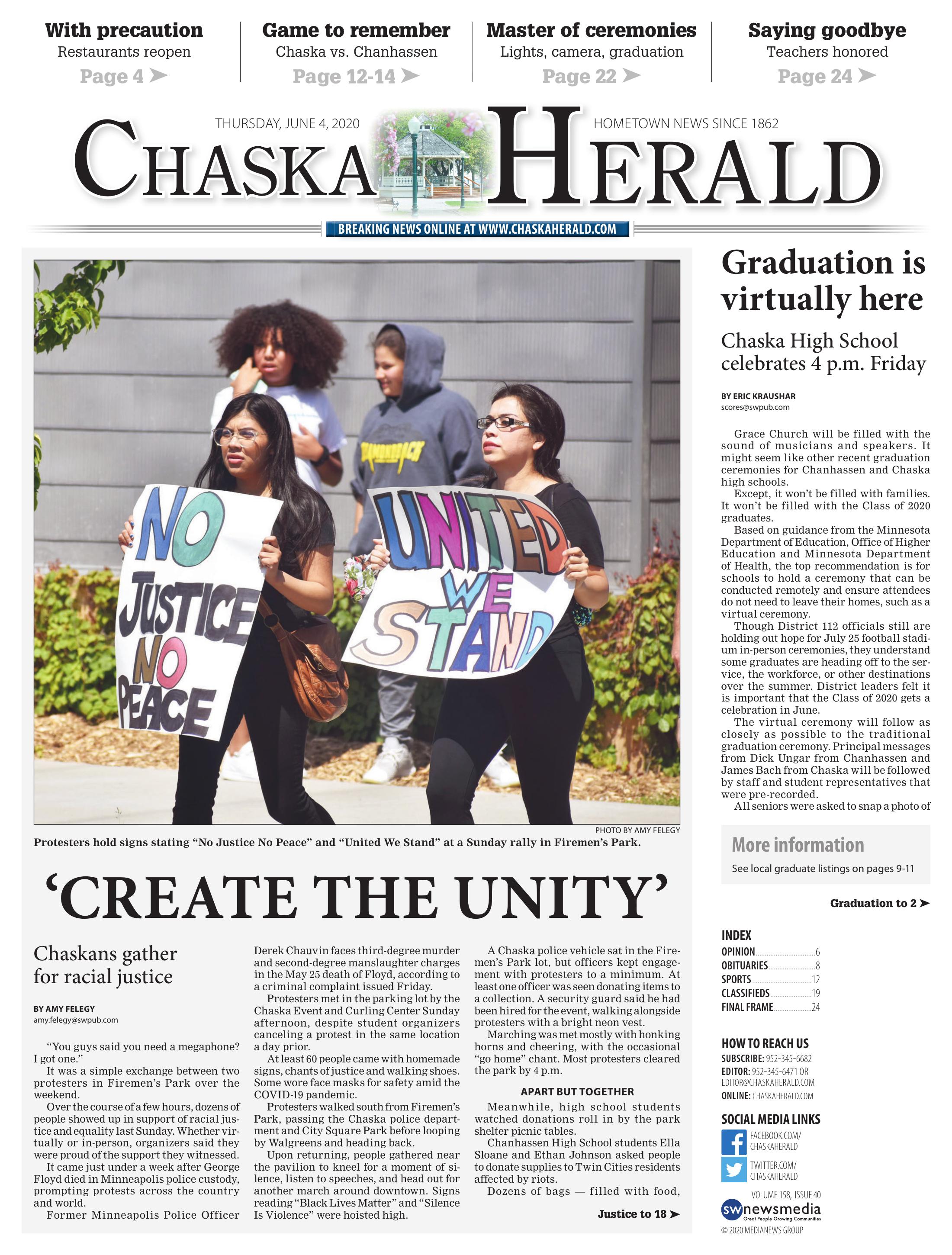