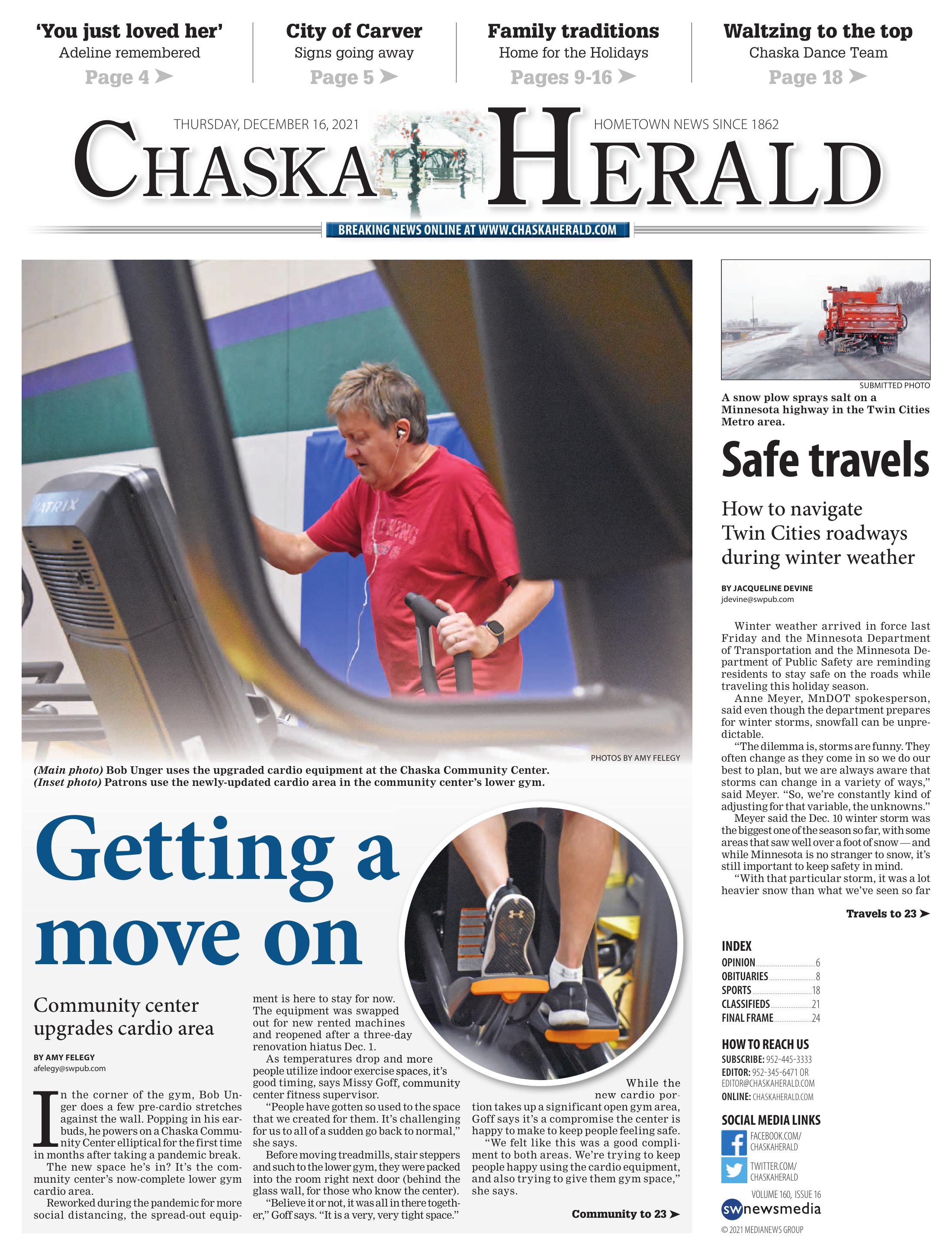 In the corner of the gym, Bob Unger does a few pre-cardio stretches against the wall. Popping in his earbuds, he powers on a Chaska Community Center elliptical for the first time in months after taking a pandemic break.

Reworked during the pandemic for more social distancing, the spread-out equipment is here to stay for now. The equipment was swapped out for new rented machines and reopened after a three-day renovation hiatus Dec. 1.

“People have gotten so used to the space that we created for them. It’s challenging for us to all of a sudden go back to normal,” she says.

Before moving treadmills, stair steppers and such to the lower gym, they were packed into the room right next door (behind the glass wall, for those who know the center).

“Believe it or not, it was all in there together,” Goff says. “It is a very, very tight space.”

While the new cardio portion takes up a significant open gym area, Goff says it’s a compromise the center is happy to make to keep people feeling safe.

“We felt like this was a good compliment to both areas. We’re trying to keep people happy using the cardio equipment, and also trying to give them gym space,” she says.

“The main thing that we are able to offer to our members is gym space between the hours of 5 a.m. to 9 p.m. most days a week, whereas before there were days and times that we didn’t have open gym space for our members,” Goff says.

Goff says she and staff aren’t sure how long the area will be sticking around. There aren’t solid plans to change it up now, but an expansion is possible.

“I think everyone would agree that we could use additional space for our fitness area,” she says.

That’s evidenced by even the past two or three weeks alone.

“I was pleasantly surprised to walk by the gym one day and the amount of people working out, it was insane. It was amazing … especially with it still being in an uncertain time,” Goff says. “Why wait until the new year when people are doing it right now for their lifestyle?”