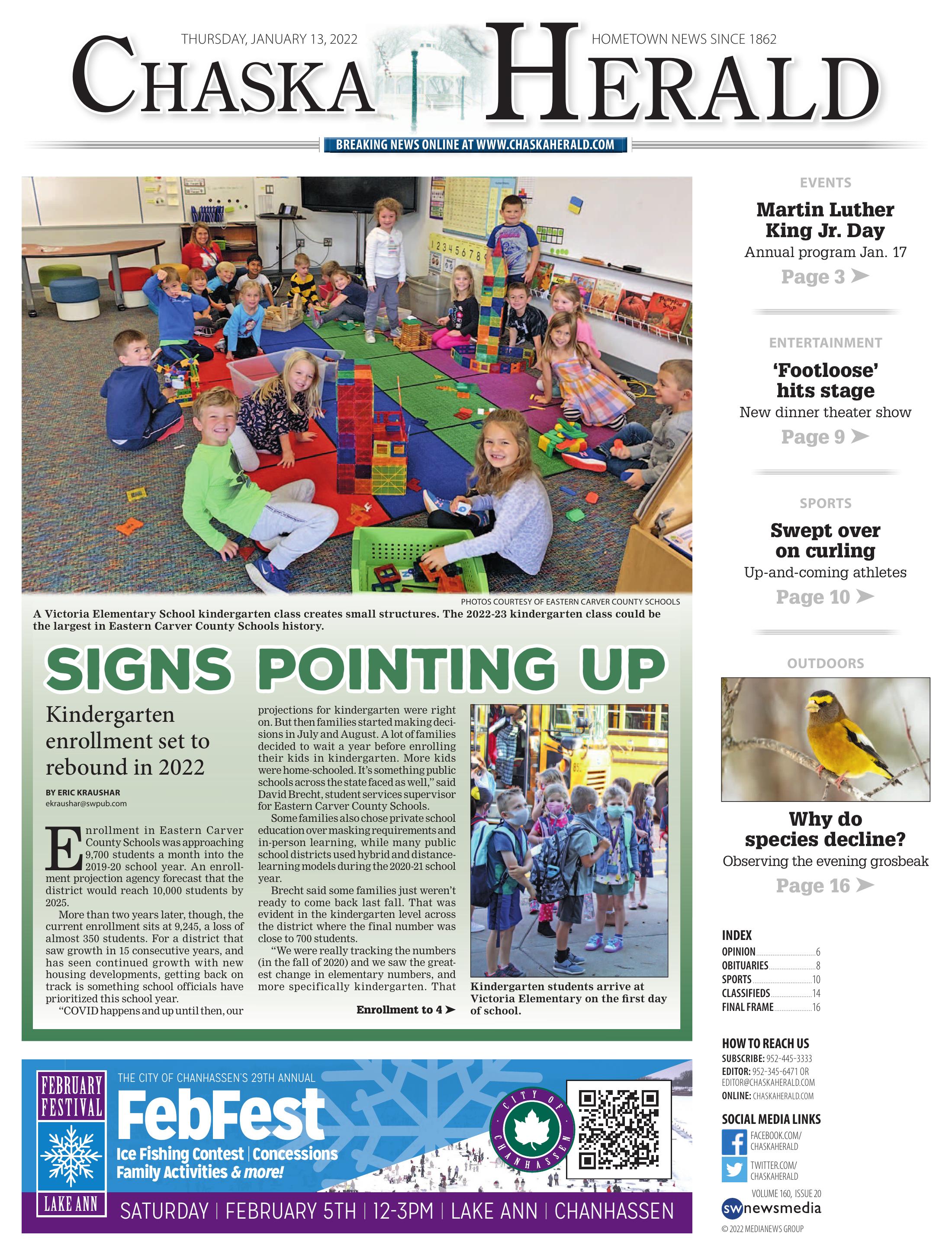 Kindergarten students arrive at Victoria Elementary on the first day of school.

Eastern Carver County Schools was once projecting toward 10,000 students in the next few years, but a “pause” in enrollment due to COVID has the district looking to get back on track. Next school’s year kindergarten class could be the largest in district history at around 780 students.

Enrollment in Eastern Carver County Schools was approaching 9,700 students a month into the 2019-20 school year. An enrollment projection agency forecast that the district would reach 10,000 students by 2025.

More than two years later, though, the current enrollment sits at 9,245, a loss of almost 350 students. For a district that saw growth in 15 consecutive years, and has seen continued growth with new housing developments, getting back on track is something school officials have prioritized this school year.

“COVID happens and up until then, our projections for kindergarten were right on. But then families started making decisions in July and August. A lot of families decided to wait a year before enrolling their kids in kindergarten. More kids were home-schooled. It’s something public schools across the state faced as well,” said David Brecht, student services supervisor for Eastern Carver County Schools.

Brecht said some families just weren’t ready to come back last fall. That was evident in the kindergarten level across the district where the final number was close to 700 students.

“We were really tracking the numbers (in the fall of 2020) and we saw the greatest change in elementary numbers, and more specifically kindergarten. That normal bump we would see at sixth grade and ninth grade, where students may come over from private schools or home schools, we didn’t see the bump. The numbers stayed flat,” Brecht said.

With kindergarten enrollment open for 2022-23, the district has seen a “more robust” registration, with numbers trending toward one of the largest groups in district history and rivaling 2019 with around 780 students.

The marketing and communication department at the district, led by Celi Haga, never stops trying to tell the story of the good things happening in the schools.

“Certainly the referendum passing really gave us a boost. The community really came together and said our schools are something we’re proud of,” Haga said.

Haga said the district focuses much of its enrollment marketing on transition years, children in preschool, and fifth and eighth grades. There has been significant outreach, with information sent to parents and the opportunity to schedule school tours.

The district has a countdown to kindergarten page on its website where families can register for early childhood screening and can find out about club care. Breakdowns on La Academia and Kinder Academy are also available.

Laura Podergois, director of content strategy and communication at Holy Family Catholic High School in Victoria, has been with the school for 16 years, the first 10 in admissions. Enrollment was already on the rise, but COVID certainly helped accelerate the trajectory.

“When we announced in June 2020 that we would be open for in-person learning for the 2020-21 school year and successfully stayed in-person for the entire year, it demonstrated to our current and prospective families what has always been true about Holy Family — our size and laser focus on the student learning experience allows us to serve families and students in ways many schools cannot,” she said.

The story has been the same at Southwest Christian High School in Chaska. Just a decade ago enrollment for grades nine through 12 was 185. The number eclipsed 300 when the school’s first permanent building opened.

“You see the jump when we were in-person in 2021-22 and many local schools were online, but we expected an increase in enrollment before COVID when we opened our new performing arts center in 2019,” said Annabet Pettit, SWCHS marketing and communications manager.

“Our music programs grew with increased interest in band and orchestral ensembles, our theater programs continued their strong work, and we added professional-technical instruction spaces where our students can take residential construction classes, use our CAD equipment, see their imaginings come to life with our three 3D printers, and other hands-on learning experiences. Families did want to get their kids in school in-person, but they also were interested in our added programs,” Pettit said.

Because private schools receive no money from the state, or local taxpayers, increased enrollment has led to more continued investment in resources, curriculum and facilities.

“Our most significant retention strategy was staying true to our mission and creating opportunities for our students to continue to thrive,” Podergois said.

Brecht said he meets with local city officials quarterly, monitoring housing permits and county births that give the district an idea of what to expect.

The district evaluates all of its buildings for capacity, gauging which schools will bump up against that number and when. That came into play this fall when the district announced an addition to Carver Elementary, and again this December when students from multiple programs and East Union Elementary, which will close in June 2022, were shifted to new enrollment zones.

“We like to say last year, this year, we’re on a pause. If you look at all of the historical data, we were adding 70 to 80 students year. We thought with COVID, maybe the housing permits would cool down, but it was the opposite; they were going up. COVID threw all of the trends out the door,” Brecht said.

“That’s why we have to really do our homework. When we’re looking at building capacity, we base that off of average class size. When we were forced to change our class sizes, that changed the capacity of every building,” he added.

Registration for kindergarten in Eastern Carver County Schools closes 4 p.m. Friday, Jan. 14. It is available online at eccs.mn/enroll or at the district’s Welcome Center. 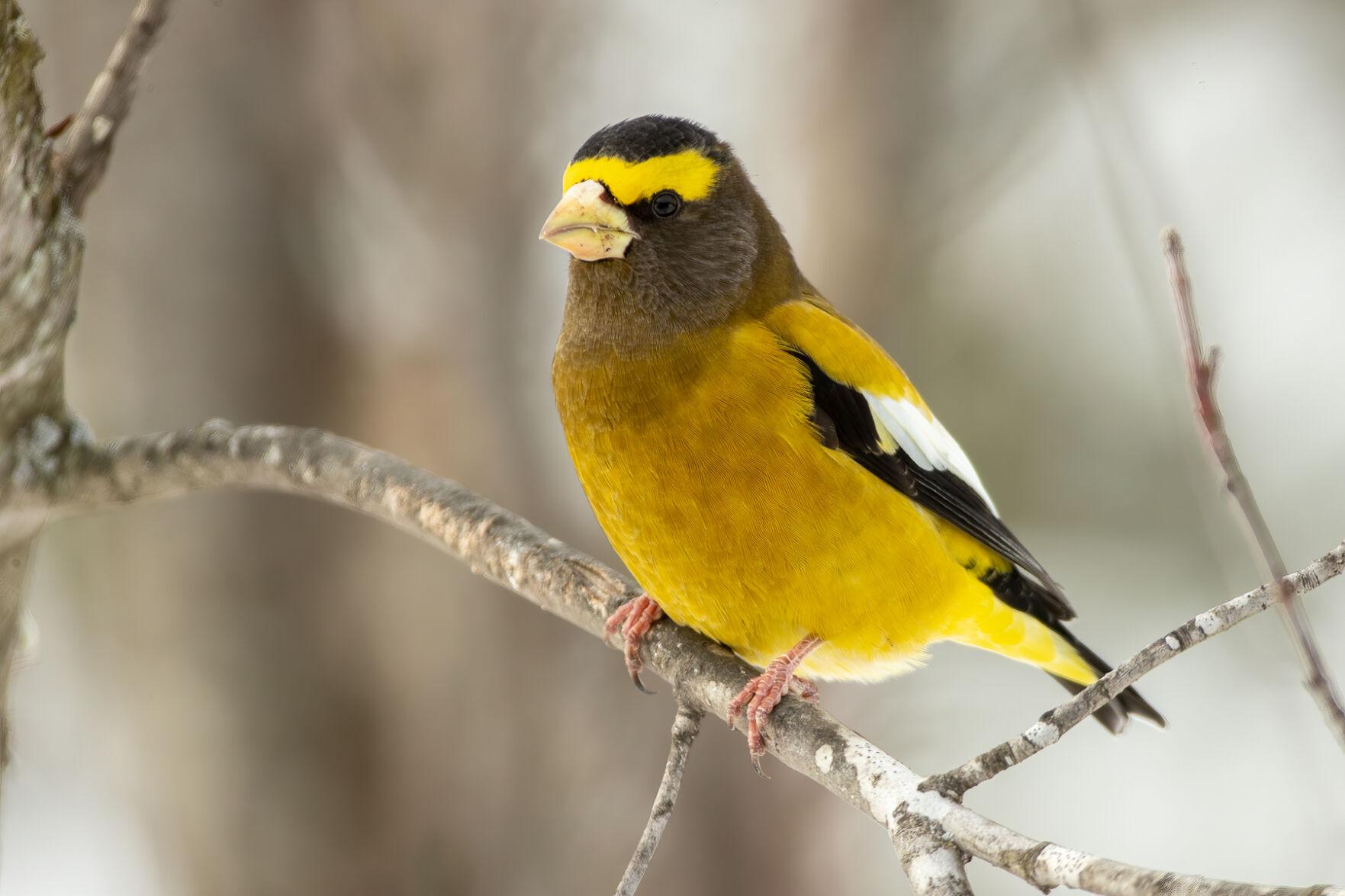