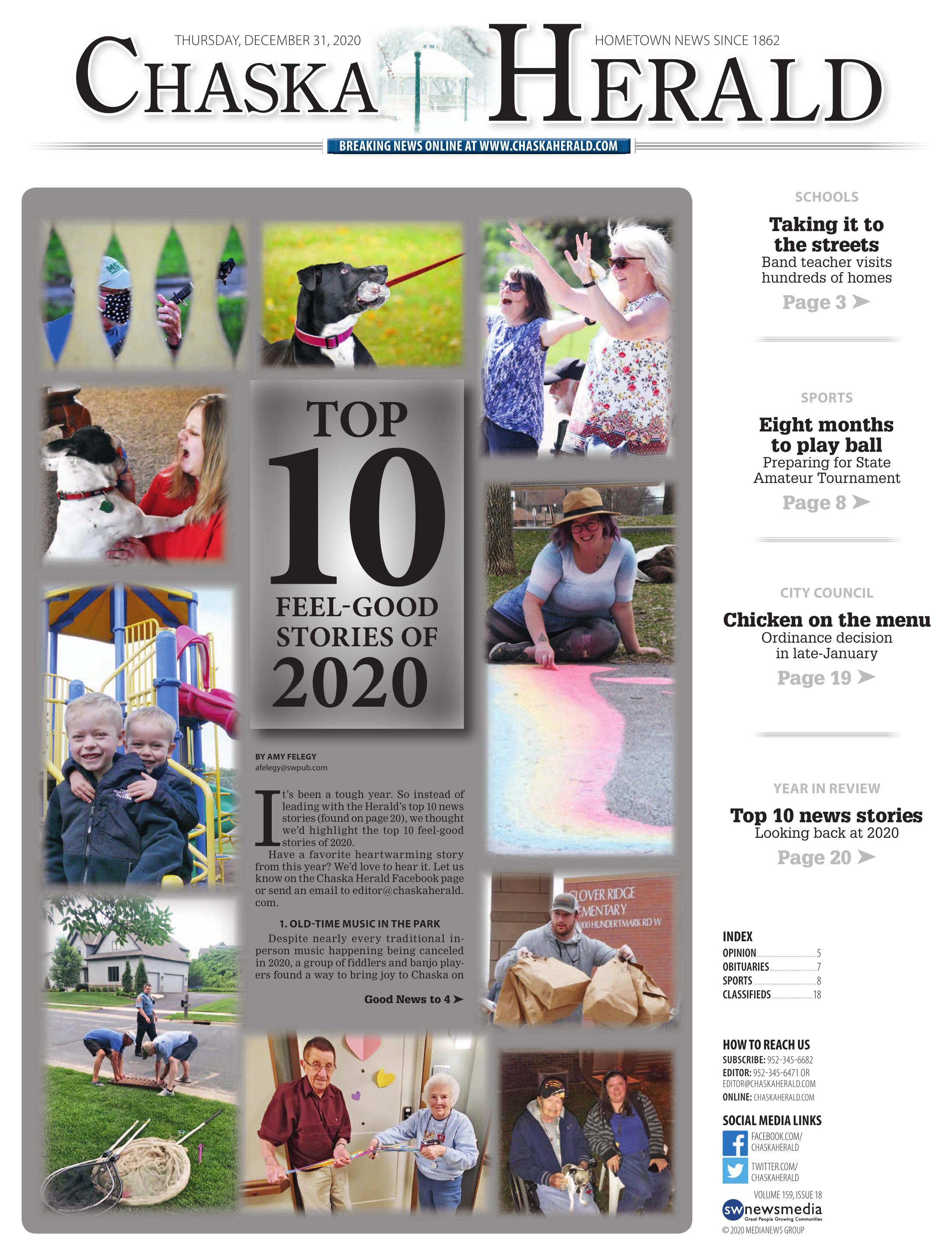 Claud Houge played his banjo at City Square Park over the summer as part of an informal old-time music series with his group.

It's been a tough year. So instead of leading with the Herald's top 10 news stories (found inside the newspaper), we thought we'd highlight the top 10 feel-good stories of 2020.

Have a favorite heartwarming story from this year? We'd love to hear it. Let us know on the Chaska Herald Facebook page or send an email to editor@chaskaherald.com.

1. Old-time music in the park

Despite nearly every traditional in-person music happening being canceled in 2020, a group of fiddlers and banjo players found a way to bring joy to Chaska on Saturdays over the summer.

No schedule or even set list was to be found — just musicians doing what they do best for the enjoyment of others: playing traditional music together outside while wearing masks.

"It's just listening and seeing what happens," Eagan banjoist Claud Houge told the newspaper in August. "Before you know it, you've got a song rolling along." 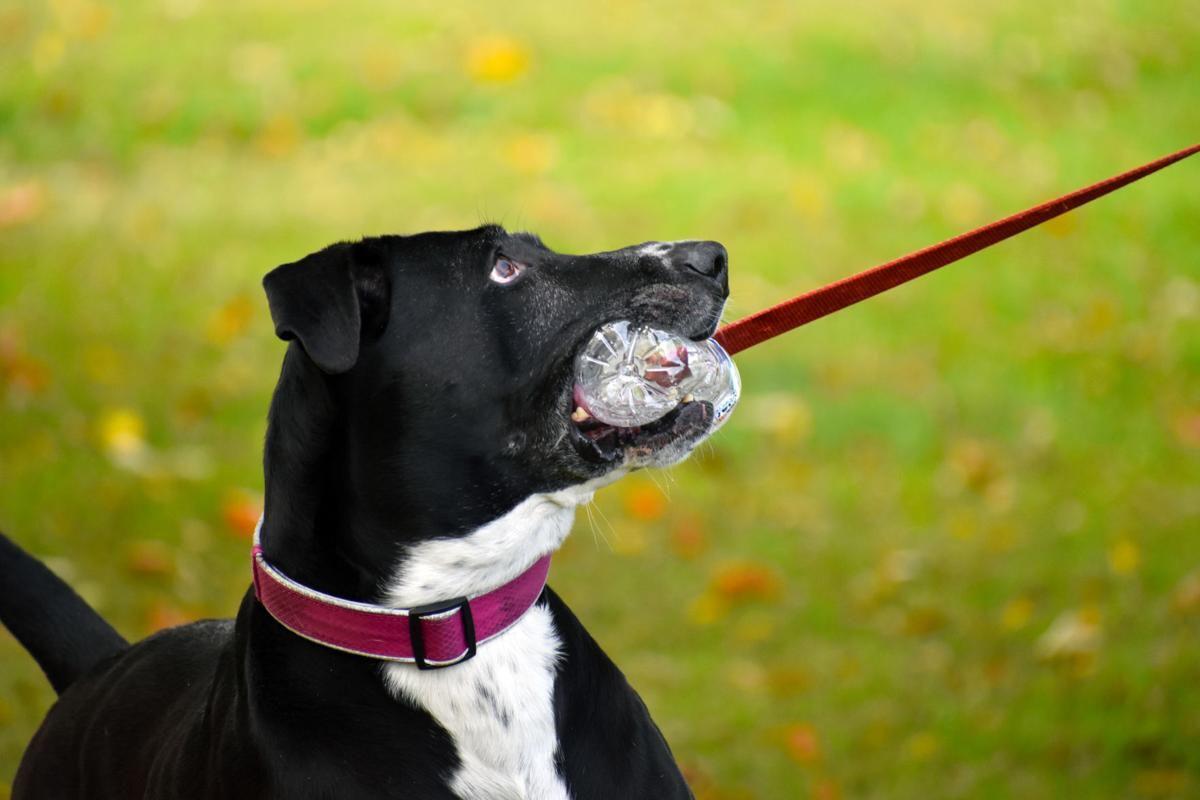 Tasha Dree VanBrocklin’s dog, Isabella, does her part in cleaning up litter around downtown Chaska.

Neighbors took frustration over littered public areas and took to the streets to make Chaska better, piece by piece.

Started by Jody Swenson and Tasha Dree VanBrocklin, the two started a neighborhood cleanup after going out a few times a month to collect trash. Even Dree VanBrocklin's dog, Isabella, joined in.

“Awesome,” Chaska Mayor Mark Windschitl reacted to their work in early fall. “Thank you (for) that community spirit.” 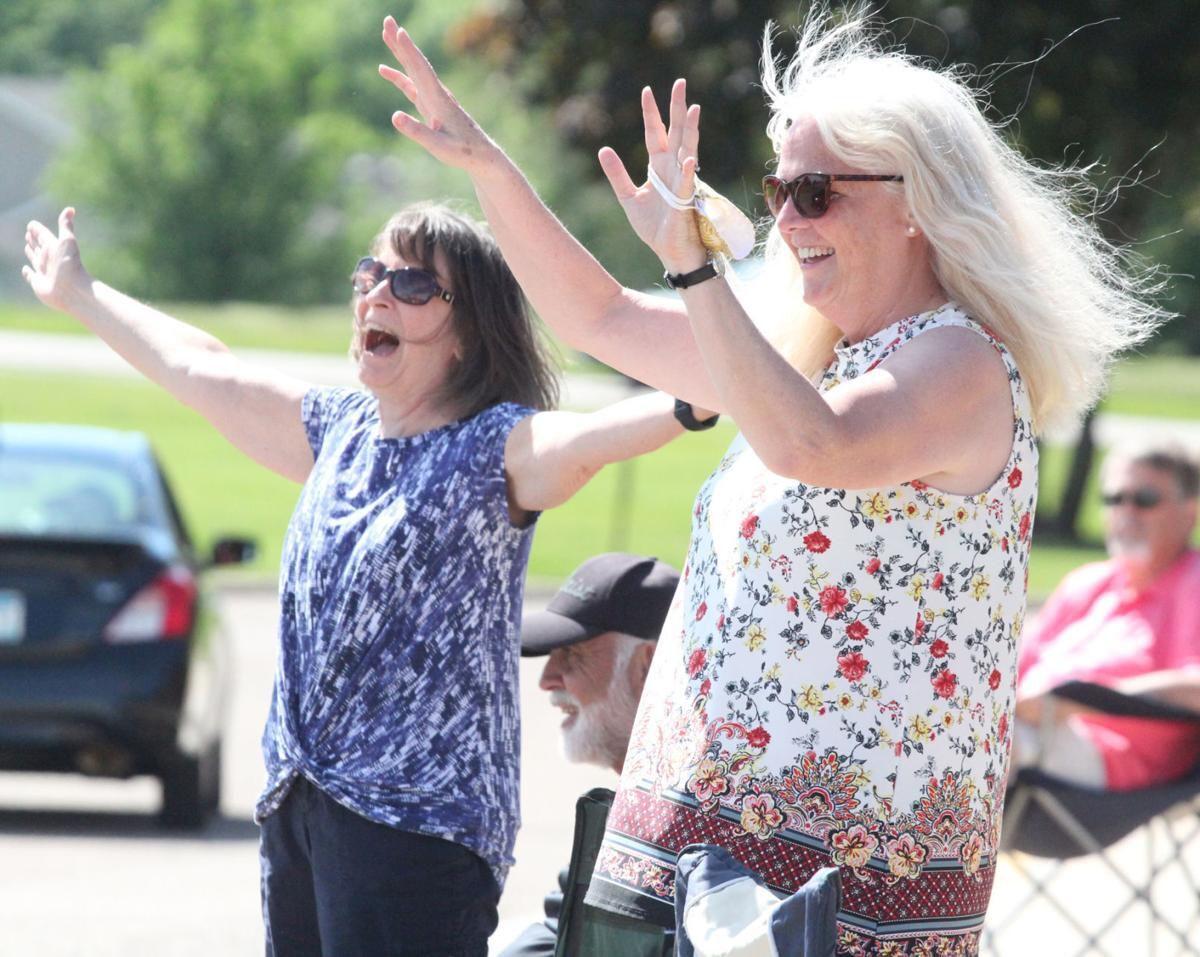 Barb Kocka and Mary Mobeck waved to passing cars at their surprise retirement parade in the spring.

3. 'Thank you' to longtime teachers

Along with 28 other teachers retiring at the end of the 2019-20 District 112 school year, two in particular got a special send-off despite the pandemic.

Barb Kocka and Mary Mobeck, with nearly 80 years of combined teaching years, were honored with a surprise goodbye parade in May. For over 75 minutes, the two waved to passing cars filled with past and current students, colleagues, and plenty of "Happy retirement" signs.

"It was perfect," Mobeck said. 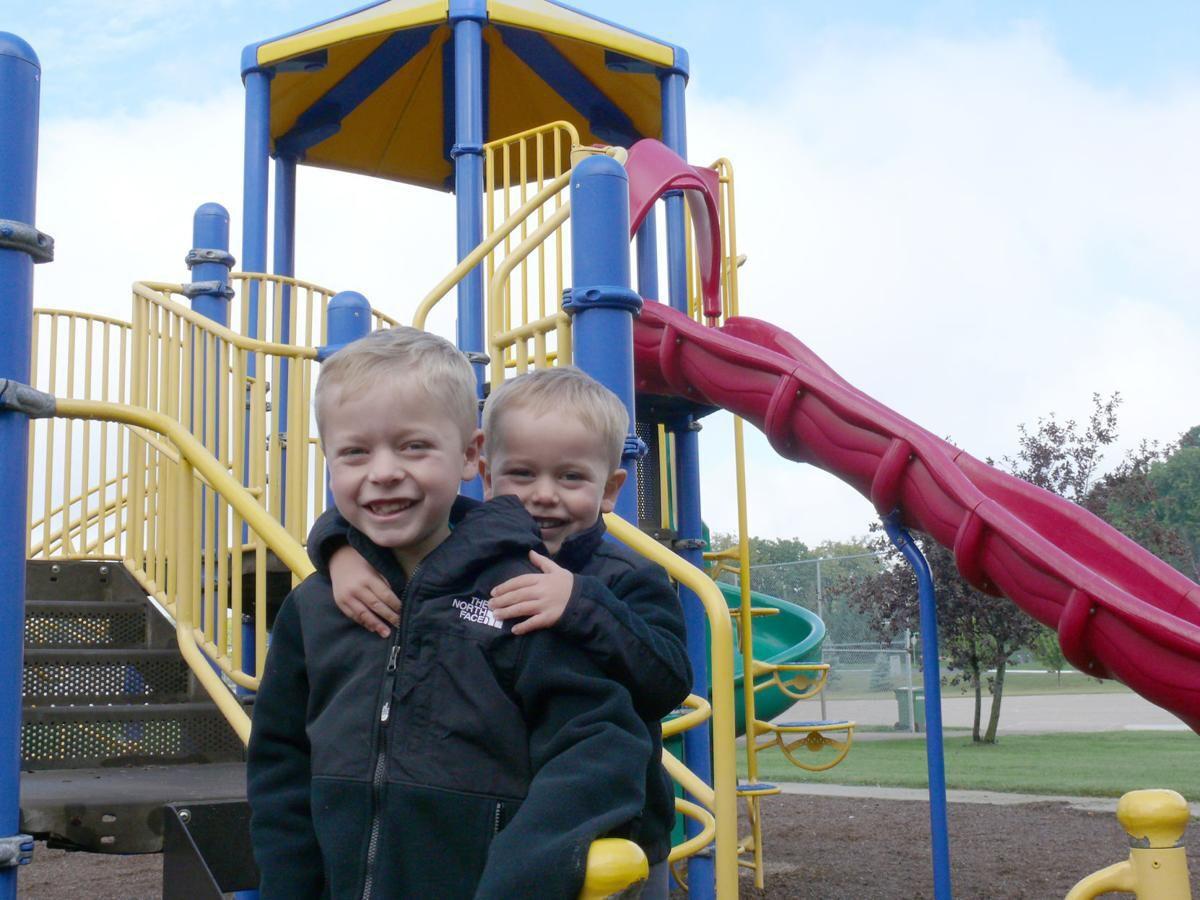 When life gave them lemons, they used them for new playground equipment.

Seven- and 4-year-old brothers Dash and Jace Nelson may be young, but a four-hour August lemonade stand just might bring lasting change — fun change — to the city of Carver.

After seeing a tube slide, firefighter's pole and sand digger at a nearby park, the brothers decided they wanted them at their neighborhood park, too. Raising over $100 toward the equipment, the brothers donated the funds to the Carver City Council to be used toward the cause at Carver Community Park. 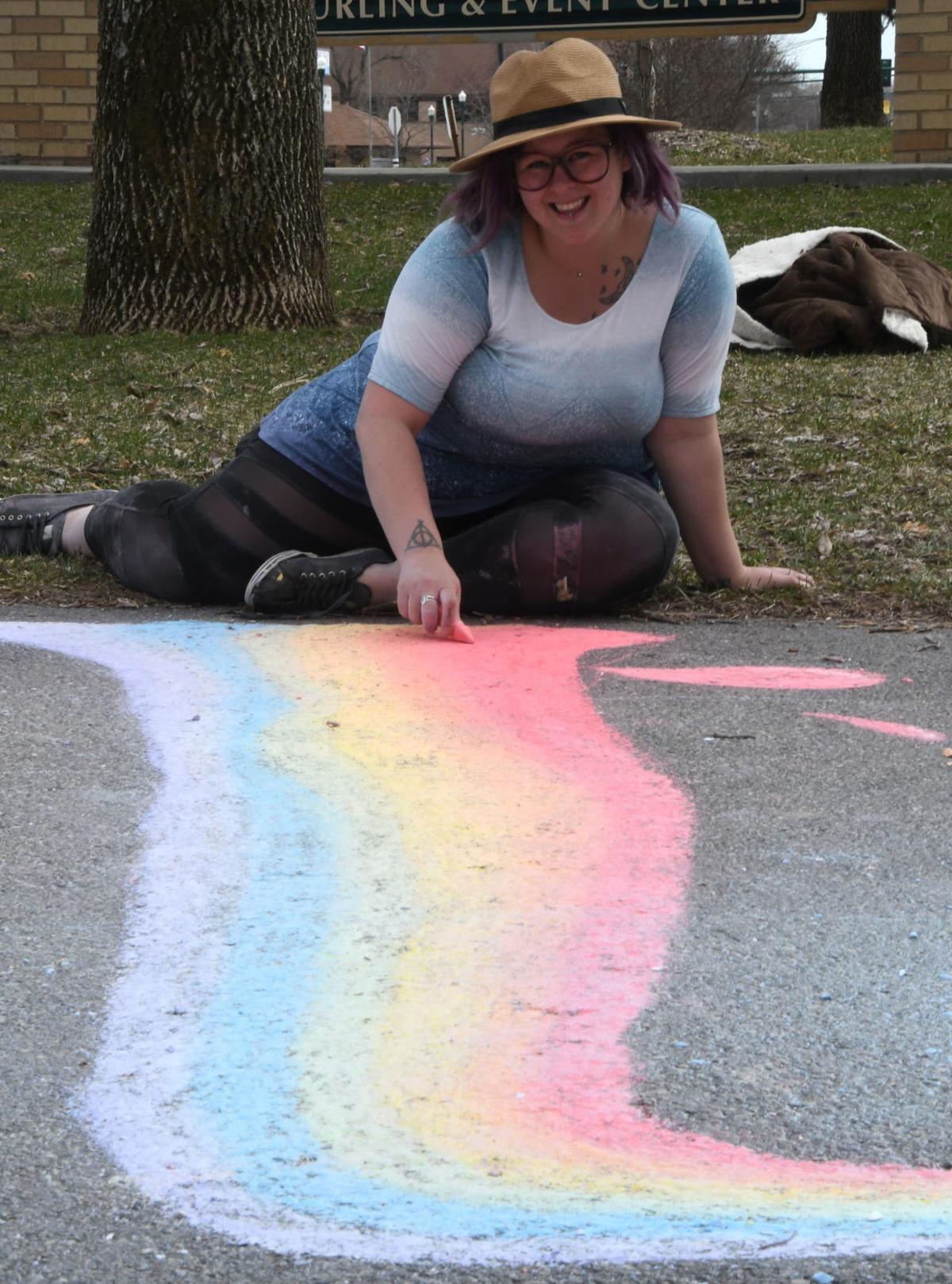 Chaska chalk artist Kassie Code created over a dozen pieces over the summer around Chaska to brighten others’ days.

Chaska resident Kassie Code called it "joy and hope." Others around the community called it "color in such a dark time" and "just beautiful."

It's a response to Code's chalk art around the city over the summer on sidewalks and parking lots. The 28-year-old drew animals or abstract pieces to bring smiles to others with the help of her 4-year-old daughter, Willow.

The movement led to a Facebook page called Chalk Up Chaska, where others could share their creations. 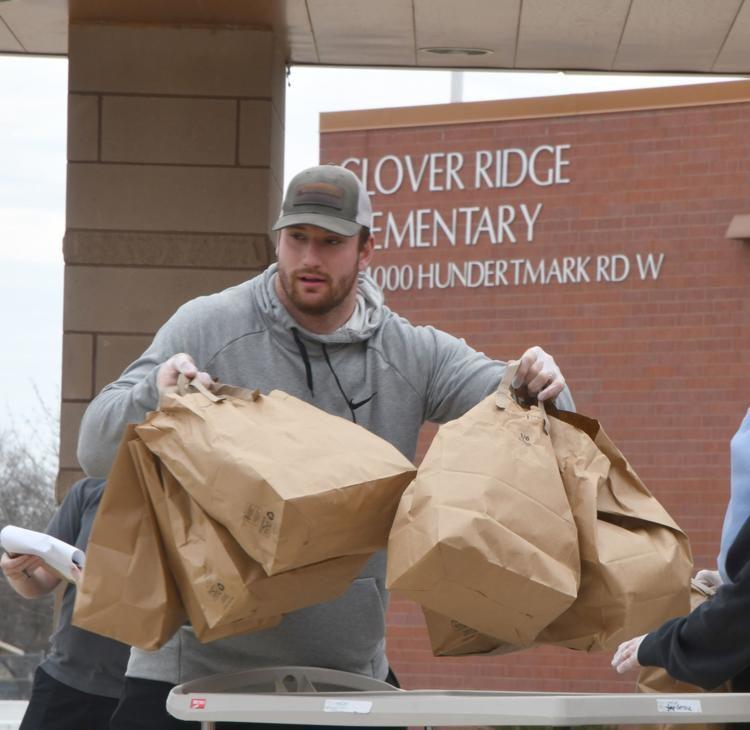 Victoria native and Detroit Lion Frank Ragnow donated $30,000 to help Americans in need due to COVID-19 in the spring, including $3,000 to feed District 112 students (where he helped hand out lunches).

His donations went to PRISM Marketplace Food Shelf, Gleaners Community Food Bank in Detroit, and other organizations across the U.S.

"It’s crazy to imagine being in that situation where you’re going meal-to-meal, wondering if you’re going to get that next meal,” he told a Lions journalist. 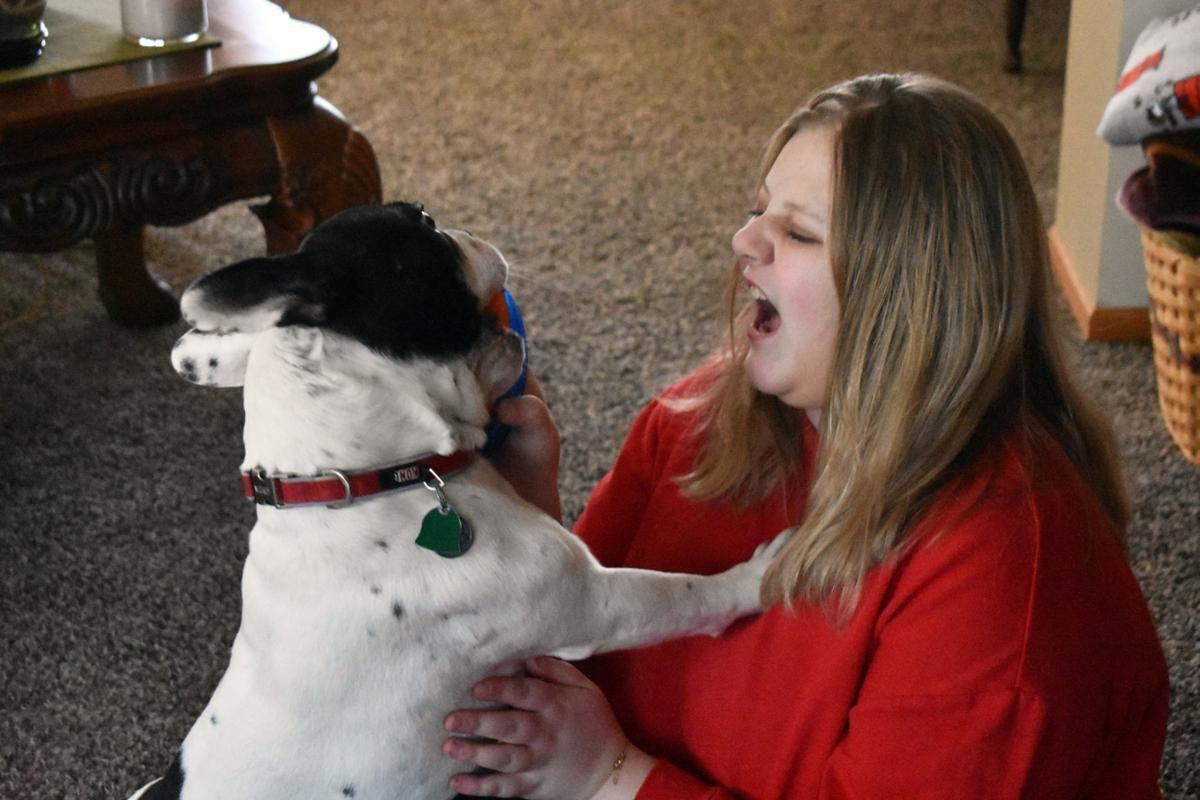 Abby Lindall and Gus played together in the teenager’s Carver living room.

After a battle with a rare brain tumor, Carver 10th-grader Abby Lindall was down in spirits. There was one thing that would likely lift them — a French bulldog — but after realizing its cost, a stuffed animal had to do.

But strangers across the country connected with Purina animal food company made Lindall's dream a reality, delivering puppy Gus to her door all the way from New York, for free.

“I wasn’t focused on anything else. Just Gus. It kind of took my mind off things,” Abby told the newspaper in late winter of 2020. "He just brings a lot of joy." 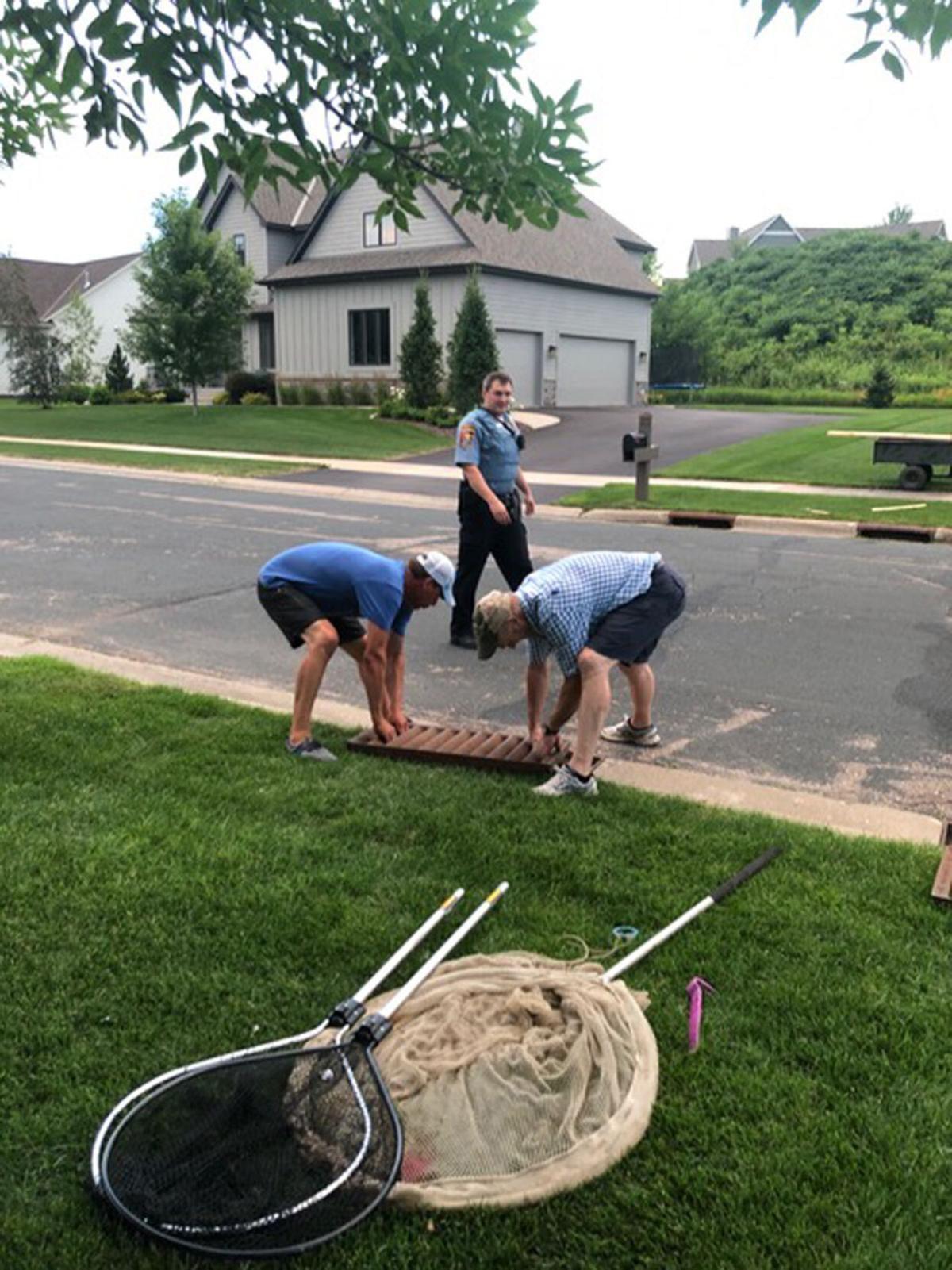 Justin Newman, Robert Frisbee, and Rick Holt worked together to rescue ducklings in a storm drain.

Nine ducks were given a second chance after just about the same number of neighbors came together, rescuing them in Chaska's Fairway Hills neighborhood in July.

After the help of Community Service Officer Robert Frisbee, duck sound effects on YouTube, and a garden hose, the quacking family was saved from a storm drain.

“It was an awesome collaborative effort on everyone’s part to try to save those ducklings,” Frisbee told the newspaper in July. “We didn’t give up, so that was key.” 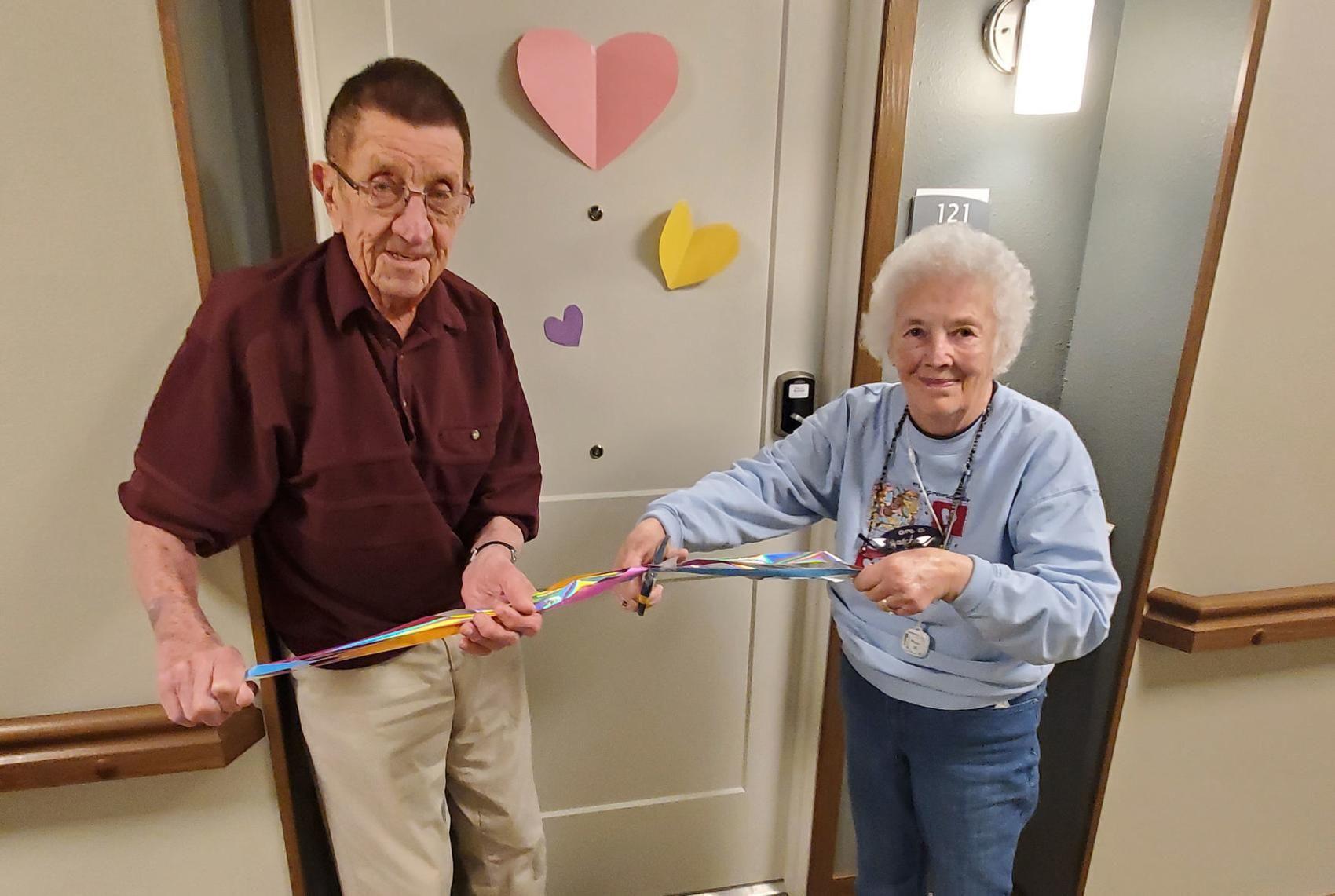 Tom and Marge Ruhberg celebrate their new apartment move in April amid the pandemic.

When the pandemic threw a wrench in Marge and Tom Ruhberg's moving plans, friends and strangers threw in a hand.

The then-89- and 91-year-olds pushed forward their move-in-date at Carver Ridge Senior Living before Gov. Tim Walz's stay-at-home order in mid-April. They had half a dozen Flags and Honor of Minnesota members to thank for the speedy three-day move.

"We're very grateful for all the help," Marge told the newspaper in April. 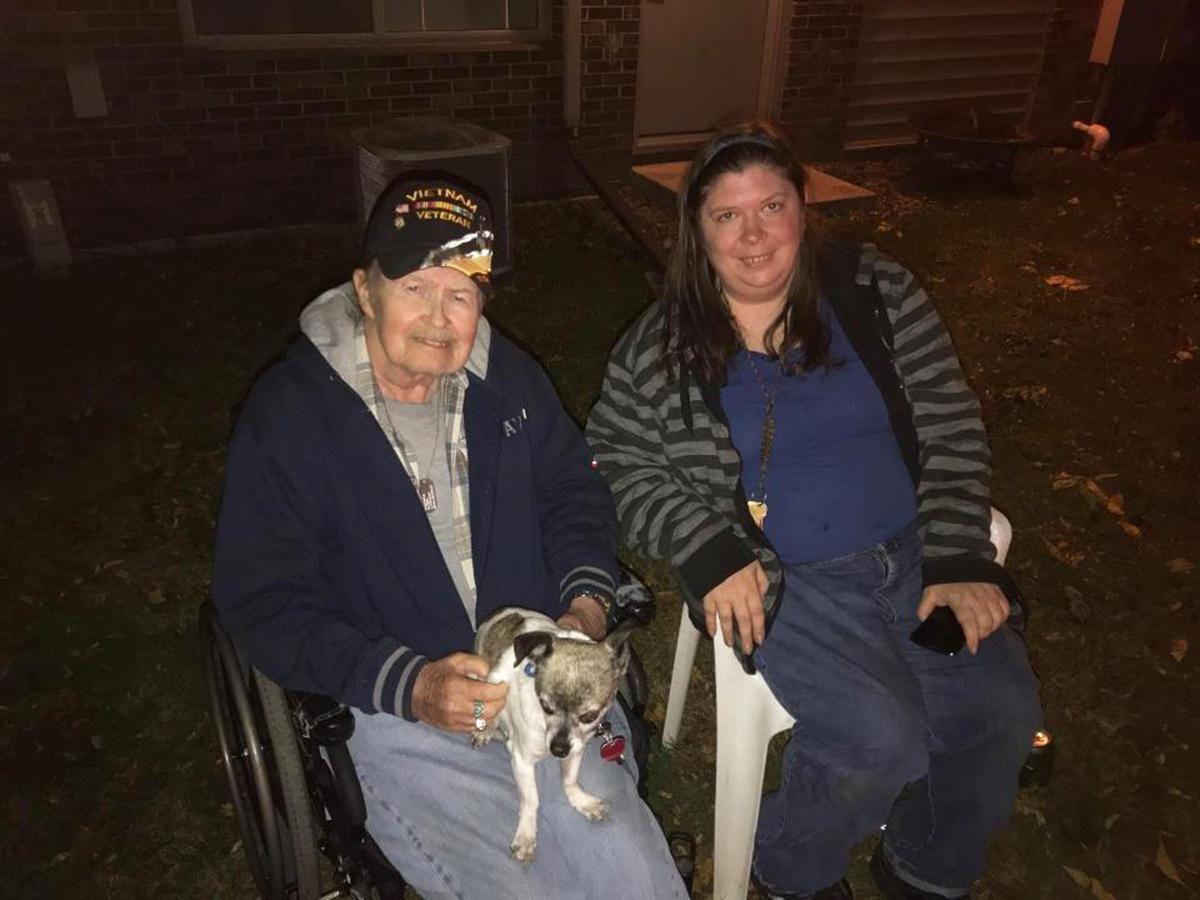 Larry Johnson, left, holds his dog Sammy as he enjoys an evening with friend and neighbor Rebecca Maddick before moving to an assisted living facility in 2020.

10. Friends through the end

Before Chaska resident Larry Johnson passed away in late 2020, two close friends kept ties strong and joy plentiful as he struggled with a debilitating illness.

How important were Elizabeth Dalal and Rebecca Maddick'd visits, food deliveries, and housekeeping duties to Johnson?

"It means all the world," he said in the fall.