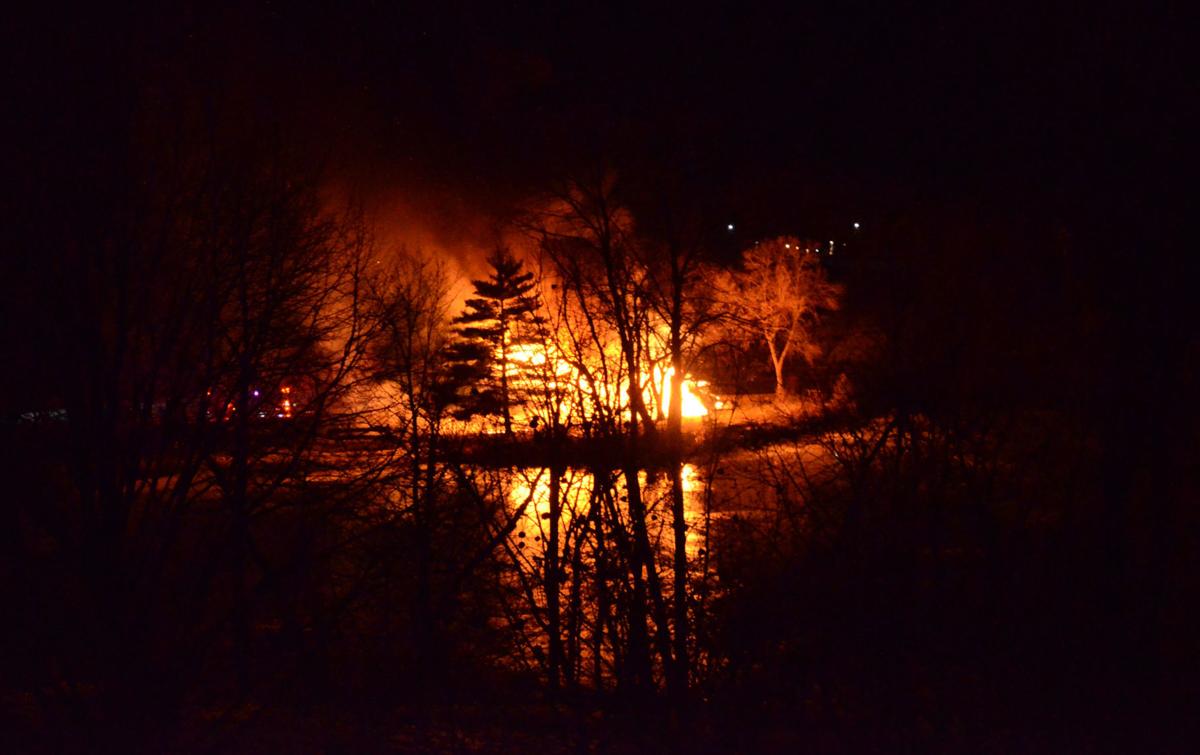 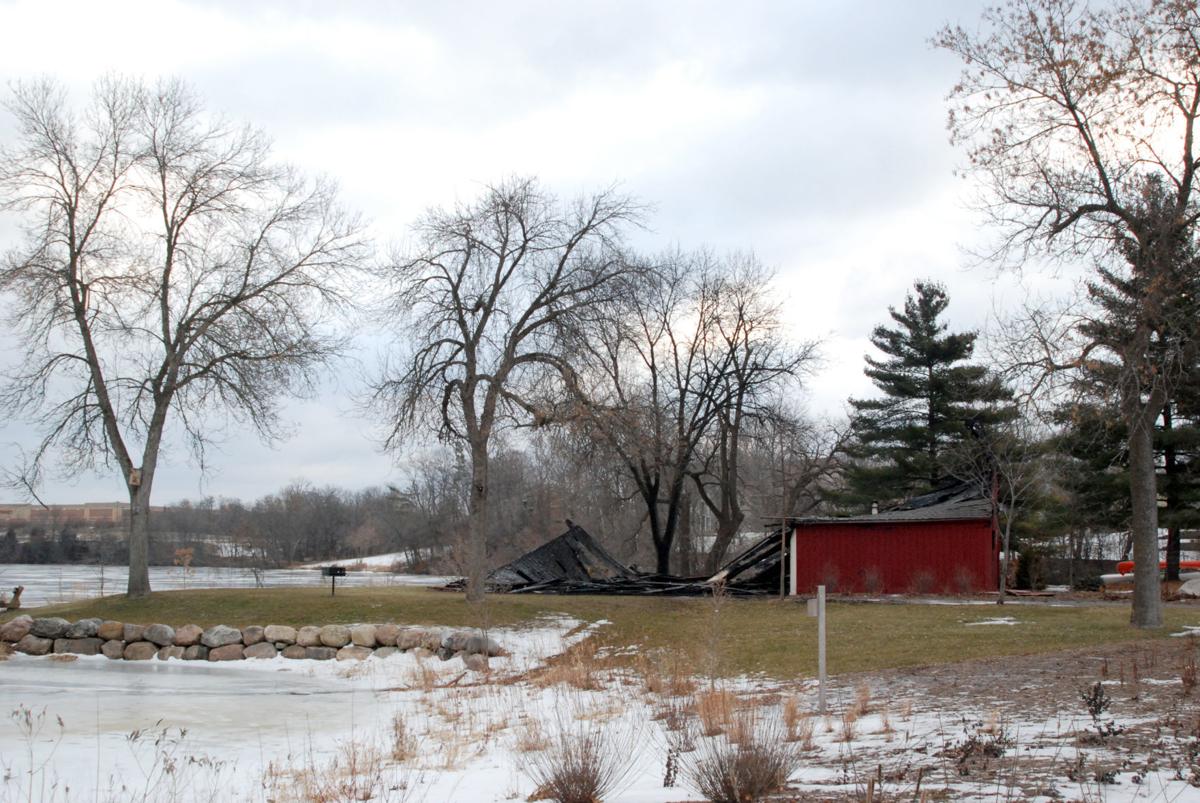 The remains of the Lake Grace Pavilion, following a Tuesday morning fire. 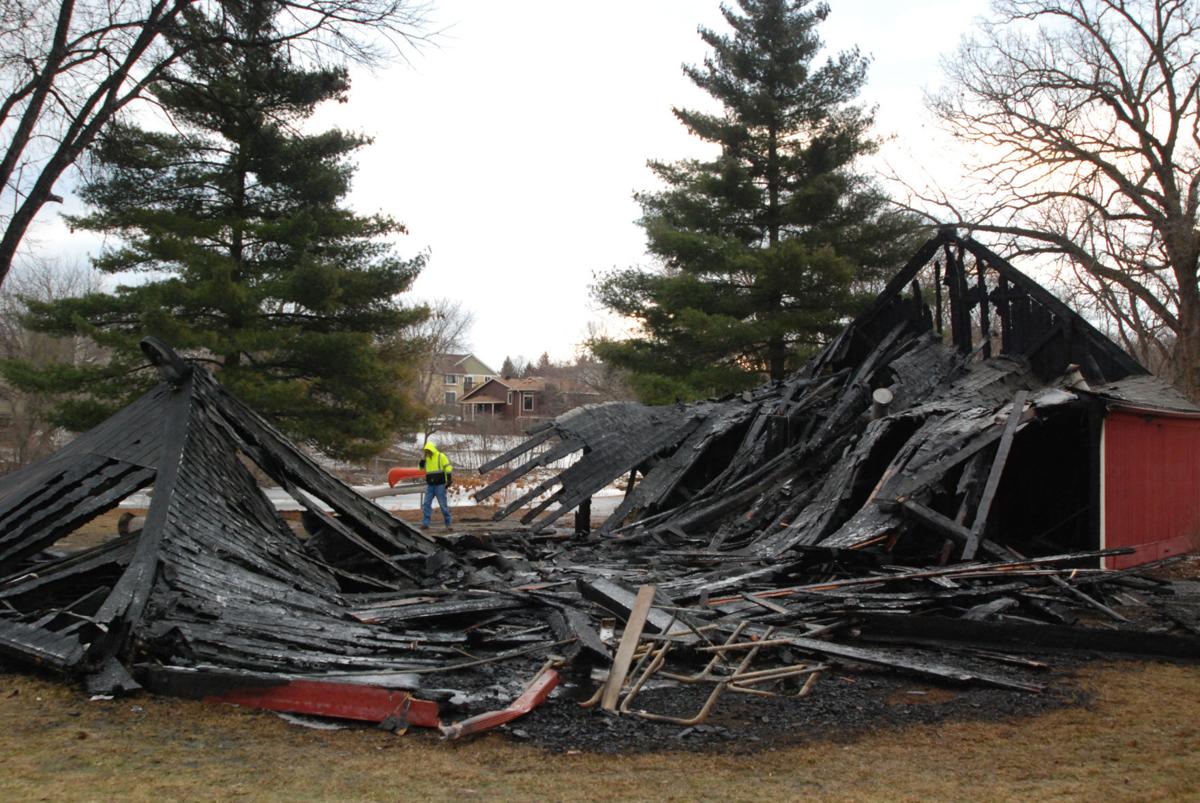 “This fire is suspected to be a result of arson,” states a sign on the Jonathan Pavilion. 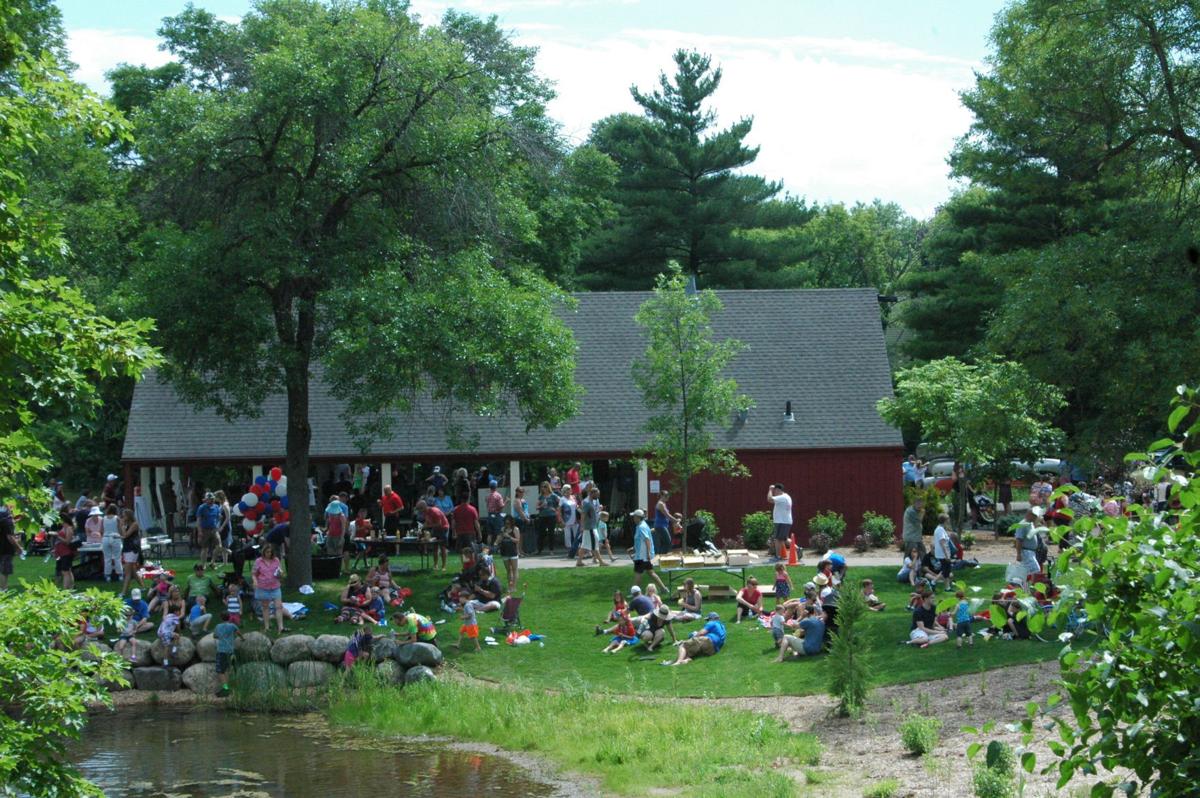 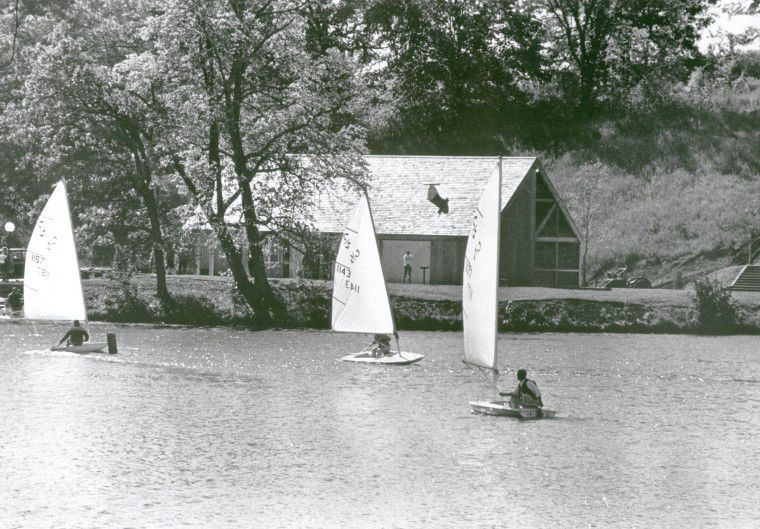 The remains of the Lake Grace Pavilion, following a Tuesday morning fire.

“This fire is suspected to be a result of arson,” states a sign on the Jonathan Pavilion.

The Jonathan Association’s iconic pavilion, on the shore of Lake Grace, went up in flames early Tuesday morning.

“The flames were as high as the trees,” said Dan Witte, who lives across the lake from the pavilion.

The picnic area, underneath the pavilion’s red triangular arch, was completely destroyed in the aftermath of the fire. The roof had caved in and the red siding had turned black. The back end of the structure was still standing, however parts of the roof had also fallen in that area.

A sign on the site indicted the fire was suspected to be the result of arson.

The Chaska Fire Department responded to the fire at 4:04 a.m. and the building was found to be engulfed in flames, according to a Jonathan Association press release. Firefighters from Victoria also responded to the scene. The fire was extinguished and firefighters were at the site until 8:30 a.m.

The pavilion is expected to be a “total loss,” according to the release.

“It’s unfortunate, it means so much to the association that it was lost,” said Jonathan Association President Justin Scharpen. “Rebuilding will be among our highest priorities in 2019. It got a lot of use.”

The cause of the fire is under investigation and officials believe it may have started at midnight and the Minnesota State Fire Marshal has been contacted, the release stated.

The fire started in the picnic shelter, according to Fire Chief Tim Wiebe. Officials believe there may have been human involvement, since there are no electrical or gas utilities near where it started.

“It could have been accidental or someone set it on purpose,” Wiebe said. The investigation into the fire will proceed if the Fire Department receives leads from witnesses or residents in the area.

No one was reported injured during the fire, according to Wiebe.

A sign on the ruins of the building offers a reward of up to $2,500 for information leading to the identification of those responsible for the fire. Anyone who has information about the fire or witnessed anything is asked to call the Chaska Fire Department at 952-227-7524.

“Thank you to the men and women first responders for their efforts in extinguishing this fire,” Scharpen said in the release. “We would also like to thank the Chaska Public Works Department for their work in applying salt and sand to ensure site access and safety for our first responders.”

For decades the pavilion was a gathering place for Jonathan residents. In 2017, the refurbished pavilion served as the site of the Jonathan Association’s Fourth of July and 50th anniversary celebration.