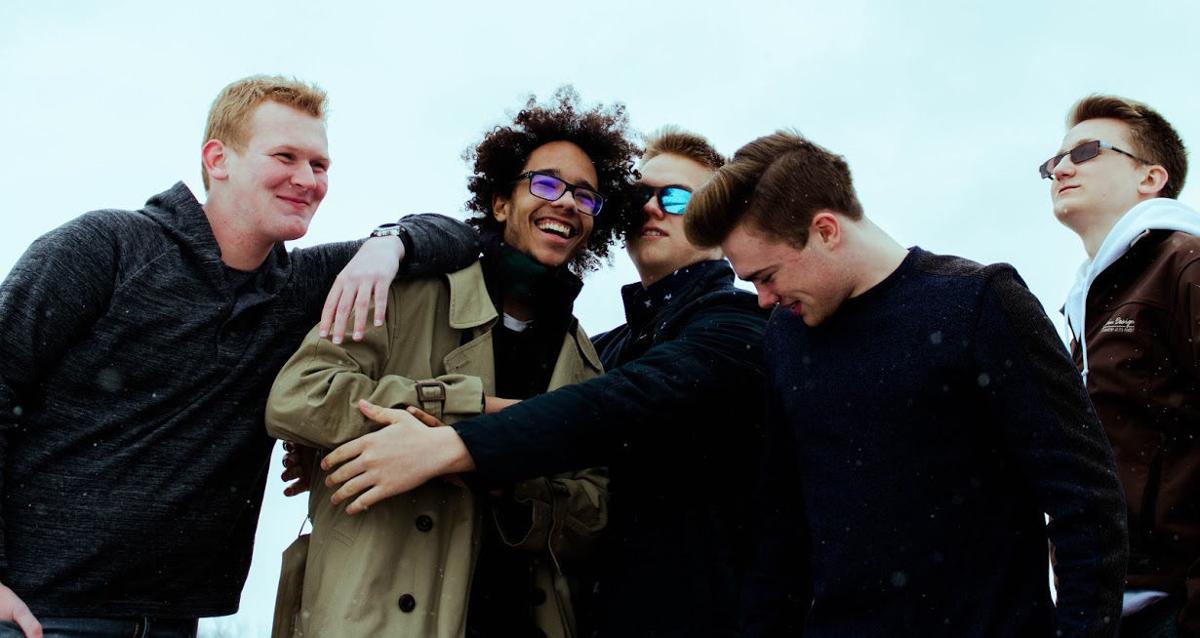 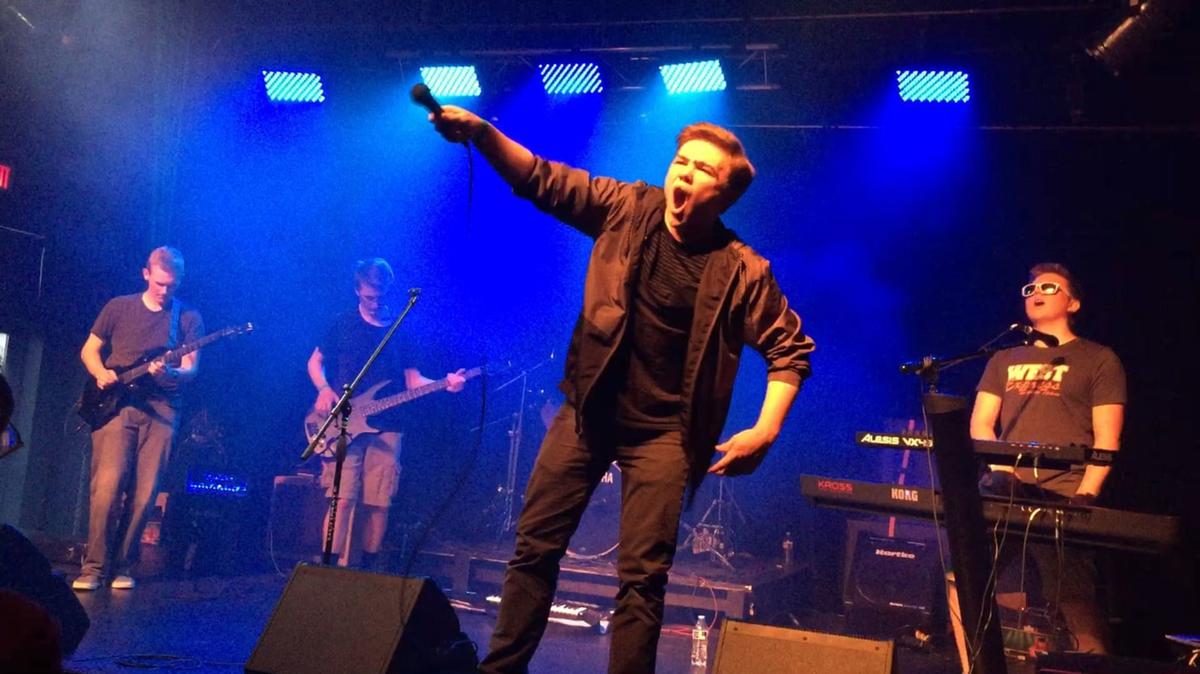 Distant Edge has a presence on stage and is interactive with its audience. 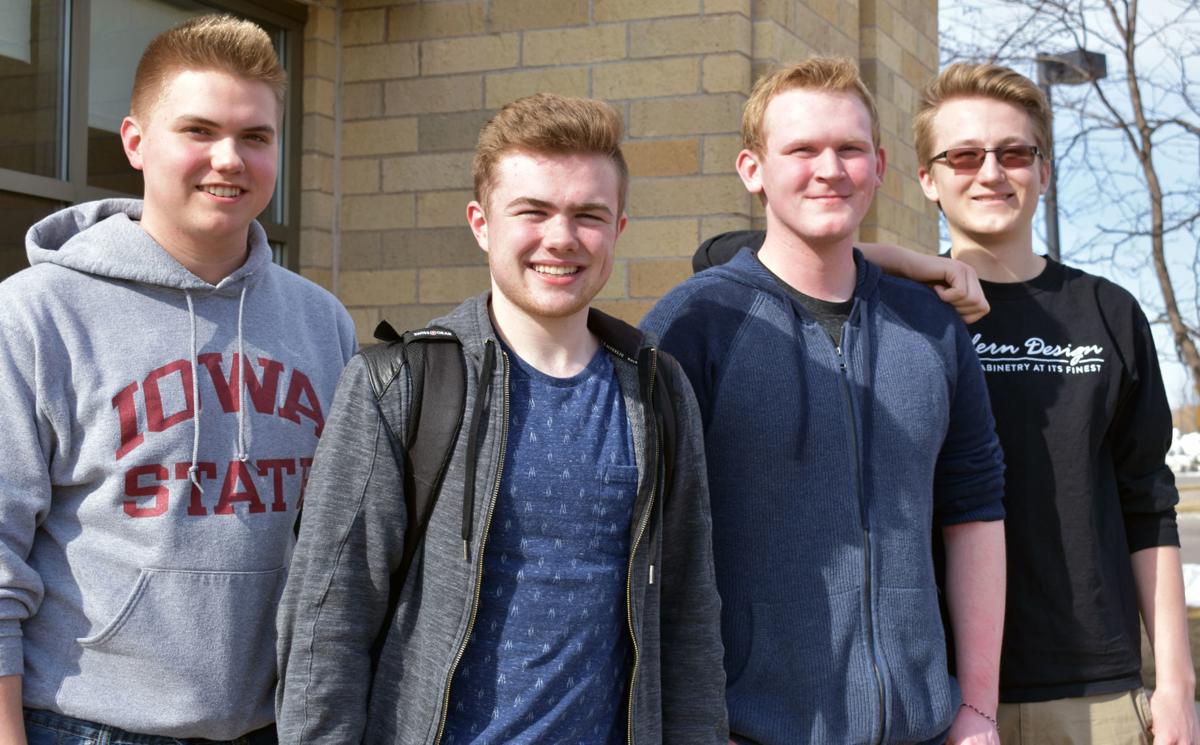 Distant Edge has a presence on stage and is interactive with its audience.

That’s how the members of one of Chaska’s most successful garage bands, Distant Edge, makes most of their music. While jamming out between after-school activities and classes, they experiment with sounds, writing songs in the process.

The band was started when the members were in eighth grade. They are all now juniors at Chaska and Chanhassen high schools.

On guitar is Nate Erickson; vocals and keyboard guitar is ​Nolan Litschewski; drums is Jahmal Fisher; keyboard is Sam Swanson; and bass guitar is Aaron Eiden.

The band released its first EP on April 27. The five songs are available to download on Apple Music, Spotify, Google Play, Amazon Music and Pandora.

“Sometimes Nate and Sam will have an idea and we’ll all build on top of it. Everyone is really inputting their own ideas," Litschewski said.

To celebrate, the band will play a release show at The Garage in Burnsville on May 4 (see info box).

The band has already played in a number of shows, including the CMSW Talent Show, Chaska’s Got Talent, Taste of Chaska, Chaska Rocks for Toys for Tots and River City Days.

“When Aaron played guitar, he was really bad,” recalled Swanson. Eiden admitted he didn’t like playing the guitar very much, but his attitude changed when he switched over to bass guitar.

Eiden started toying with a sound he really liked.

“In under a week, he started playing really well,” Swanson said.

And the change has affected the flow and sound of the band.

“The same songs sounded completely different,” Swanson said. Now the band meets once or twice a week and their workflow is so closely intertwined that if anyone switched out of the band, it would throw off the music, Litschewski said.

Fisher picked up playing the drums one day, Litschewski added. “Most of us just play by ear.”

Their parents and siblings are their No. 1 fans.

“We put our songs on CDs and my mom has that in her car and I’m like, this isn’t even the good version!” Litschewski laughed. “She tells me, “I’m glad you guys do what you do.”

“It’s hard for people to take us seriously at school,” Litschewski said, adding most of their peers haven’t heard them play before. “Once they hear us, some people say ‘Oh wow that sounds like a legit band,” Erickson added.

They first started playing together as part of music teacher Eric Songer’s Garage Band program at Chaska Middle School West. The after-school rock program meets once a week and performs three to four concerts a year, Songer said. Students play iconic rock 'n' roll from the 1960s through the 1990s.

“They were very involved with that program,” Songer said, noting that part of his job as a teacher is to give them connections to the music world and to help them form their own band. “They’ve done a good job making it work.”

“They are the nicest kids, they are so down-to-earth,” Songer said. “They are always very interactive with their audience. They are phenomenal and they keep on getting better.”

Distant Edge are one of two or three bands that have had continued success from the Garage Band program, Songer added. “I’m very proud of those boys in Distant Edge."