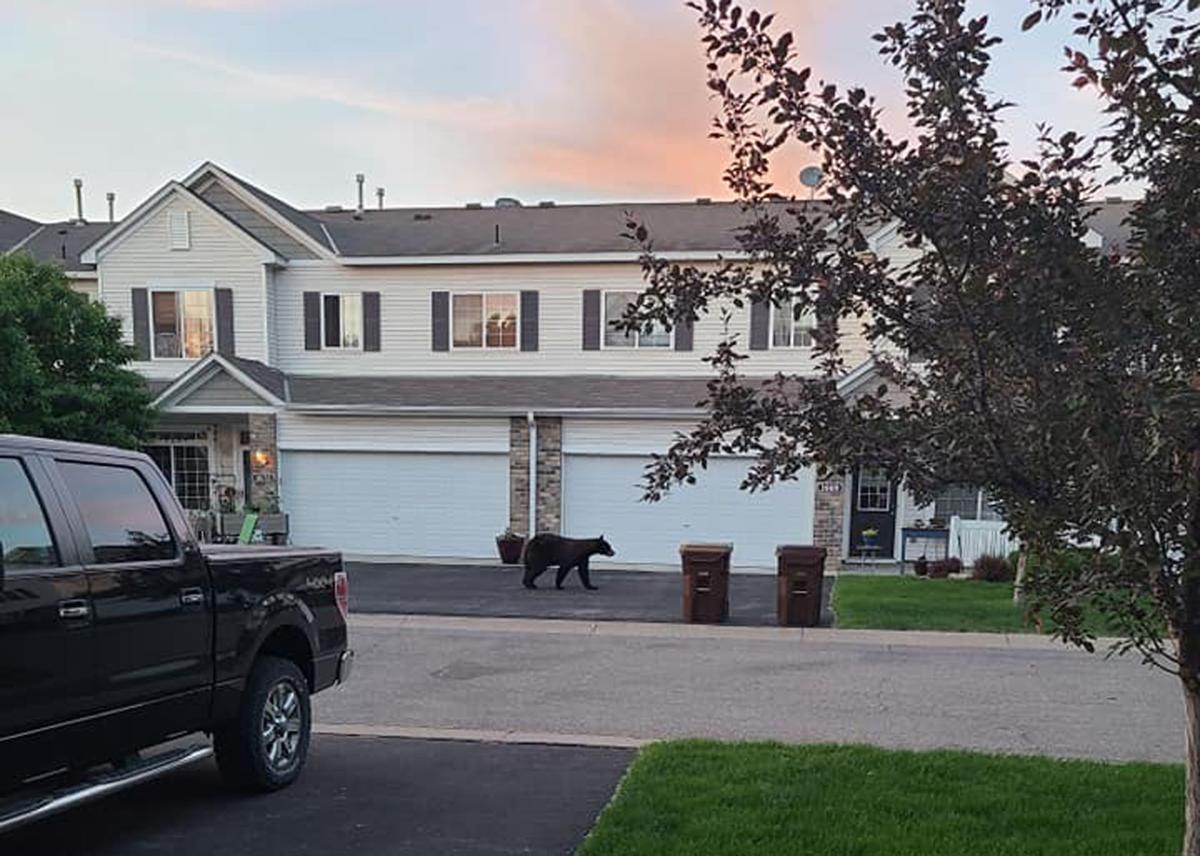 A bear was spotted Tuesday across the street from Chaska resident Andy Olson. 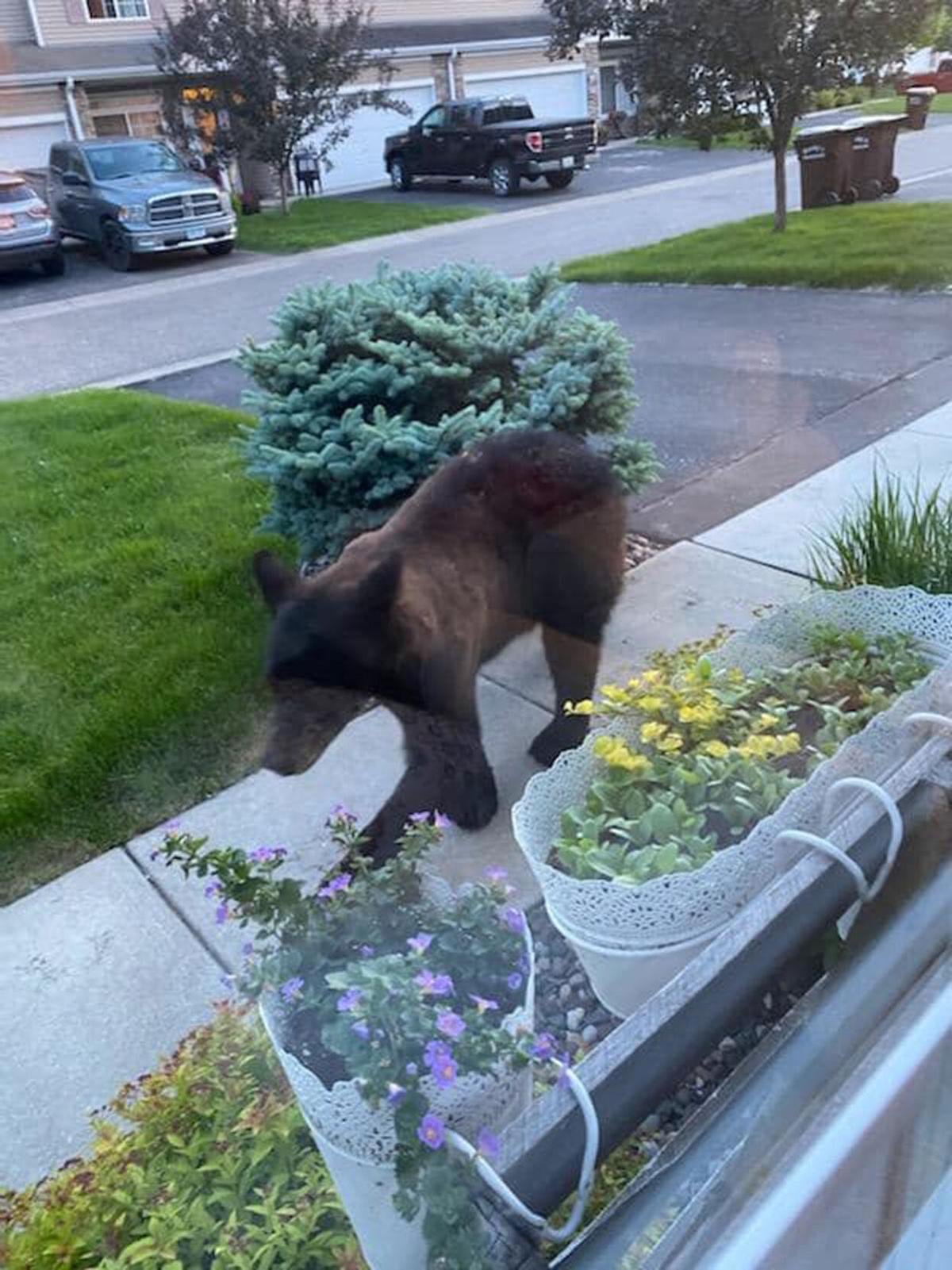 A bear made itself right at home on Tuesday night in a Chaska neighborhood.

A bear interacts with a bird feeder in Chaska. 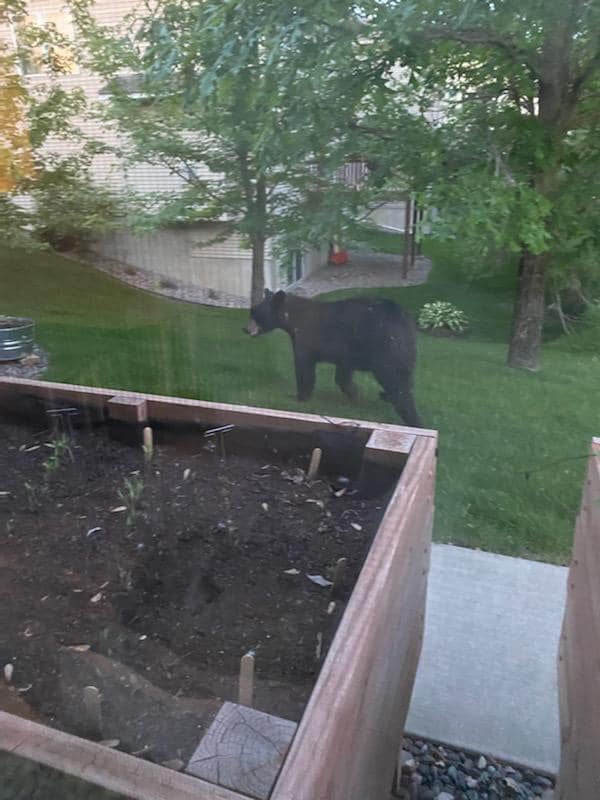 A bear walks past a garden bed in Chaska. 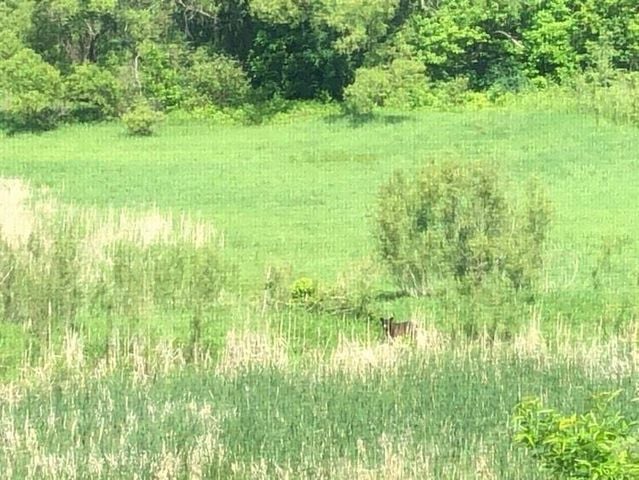 Anvita Akhtar took this photo of the bear near Highway 212/Engler Boulevard wetlands.

A bear was spotted Tuesday across the street from Chaska resident Andy Olson.

Anvita Akhtar took this photo of the bear near Highway 212/Engler Boulevard wetlands.

A black bear has been sighted this week, wandering around Chaska.

Chaska resident Andy Olson, who lives in the Points West neighborhood near Highway 212 and Engler Boulevard, said he spotted a bear while at home sometime around 8:30 p.m. early this week after his puppy began barking at it.

“Sure enough there was a bear, sitting in the middle of our street,” Olson said.

He took photos and called his neighbor, he said, while others phoned the police.

Olson and a neighbor walked along the bear on either side of the street “to keep an eye on it” and prevent it from getting too close to a nearby baseball game, he said.

The Chaska Police Department said it has received recent reports of bear sightings on Monday, May 31 and Tuesday, June 1, said Police Chief Ryan Siebert. Sightings were around Engler Boulevard, Bavaria Road, and Highway 212 areas, according to department Facebook posts.

The sightings likely involved a single bear, Siebert said, and noted the bear was not captured or tranquilized.

"Chaska Police Department officers monitored the animal on the evening of June 1 to the best of their ability," Siebert said.

Per the Minnesota Department of Natural Resources, the department’s post said there are a few things people in Chaska can do in similar situations.

Preventatively, people can make sure their trash and recycling bins are shut properly, and put bird feeders away for “the next few weeks.” If you have pets, the DNR recommends watching them closely and bringing their food inside.

If people see a bear, the department said to avoid approaching it and stay inside. If the bear does not leave on its own and gets near the house, people should scare it away by making loud noises.

“Following these steps should help the bear move on,” the post read.

It's not the first time a bear has wandered into Chaska. In 2018 a bear was sited in the Cascade Drive neighborhood/Guardian Angels Cemetery area off of Big Woods Boulevard near downtown.