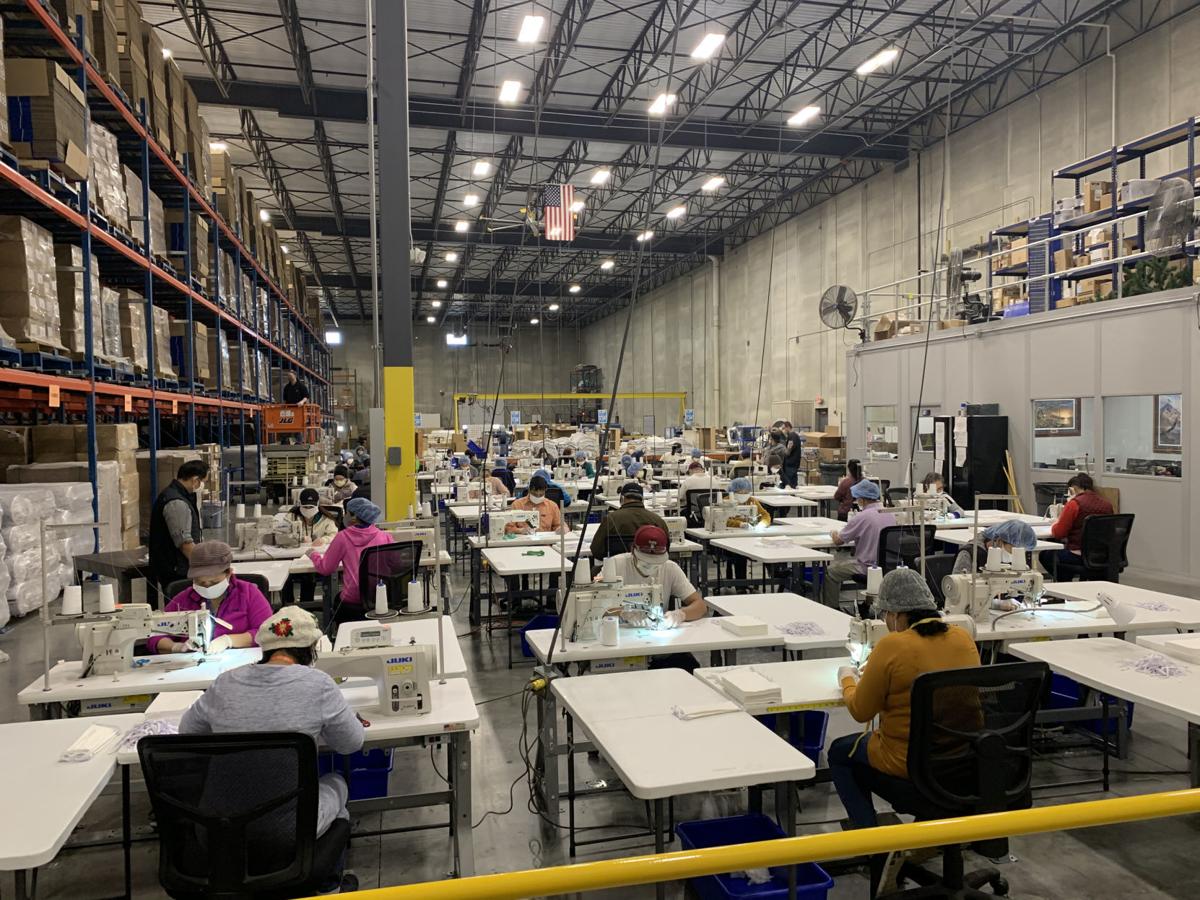 MyPillow staff work in one of several warehouses converted from pillow- and sheet-making to face masks. 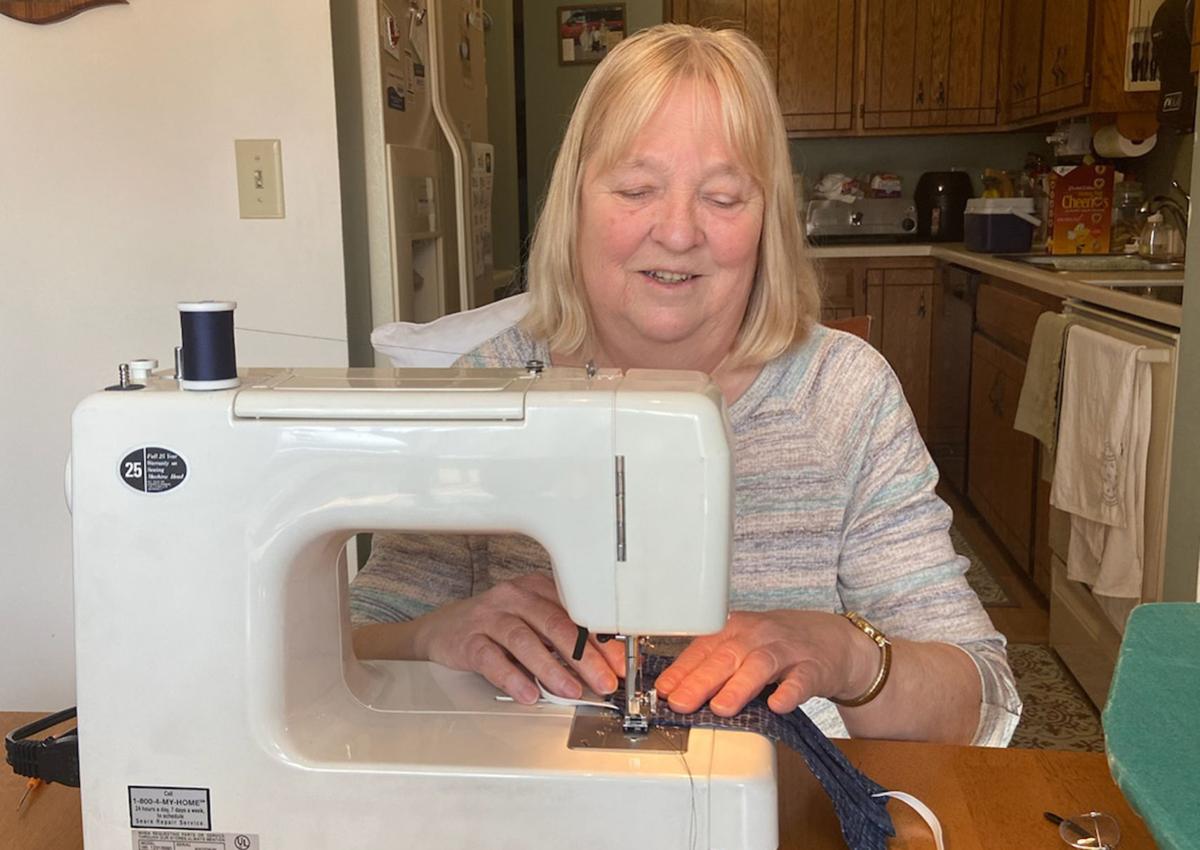 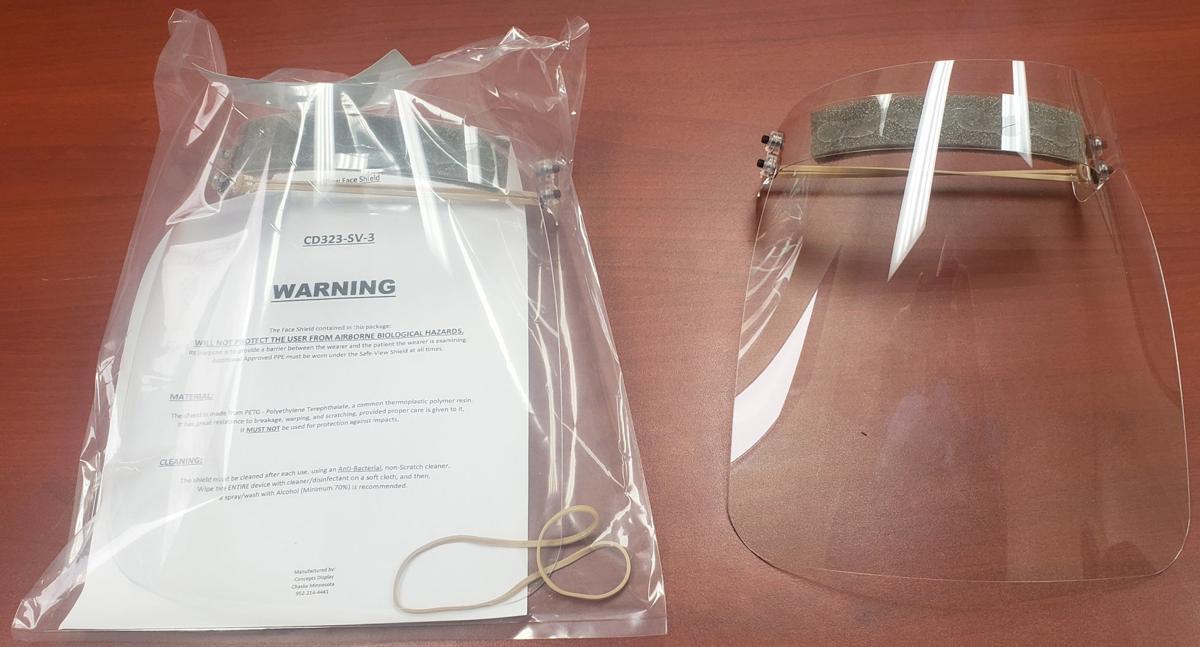 Concepts Display, LLC., in Chaska is making around 2,000 face shields a day.

MyPillow staff work in one of several warehouses converted from pillow- and sheet-making to face masks.

Concepts Display, LLC., in Chaska is making around 2,000 face shields a day.

Two weeks ago, Thom Smith and his staff gathered at Concepts Display, LLC in Chaska. It was another day on the job, but that day, something different caught their attention.

“We were hearing all the stuff in the news,” Smith said.

It was news about medical and emergency response workers running out of personal protective equipment, or PPE, dealing with rising COVID-19 cases.

Concepts Display makes a wide range of custom plastic products — not PPE. But Smith, the engineering manager, thought, why not start?

“We don’t really want to all be at home,” he said of his staff. “We want to be working and doing something productive.”

Currently making 2,000 face shields a day, Smith and his team hope to raise that number to 25,000 in total or until they run out of materials.

The plastic shields are sold to a distributor who channels them to people looking for protection, such as workers delivering food to hospital patients. Smith said it’s recommended people wear masks underneath and eye wear in addition to the shields.

He said his warehouse is “crazy” and feels completely different than it does during normal production. Smith hasn’t seen anything like it.

“I’ve been doing this for 40 years. I’ve been laser-cutting plastics since I was 14,” he said. “I’ve never seen where we had to drop what we’re doing for a national emergency. This is uncharted.”

Concepts isn’t the only business switching production to keep people healthy and virus-free.

“Literally the entire nation,” Smith said when asked who else is using plastics to make PPE, noting there’s now a shortage of plastic material. “Everybody wants to help and that’s the big thing.”

Around Chaska, companies and individuals alike are joining the effort.

Lindell said he got the idea a little over a month ago and had staff get to work March 23. The weeks in-between were filled with finding the right design, reaching out to a federal coalition for private sector fabricators, and making sure his business followed proper regulations.

Then MyPillow workers set up shop. Keeping six feet of distance between desks, staff sat at tables with sewing machines. They made around 30,000 masks in three days, a number Lindell wants to see daily.

He made room for mask production in three of his warehouses and hired employees from other companies MyPillow works with, utilizing their staff to sew.

“I want to help. Help our country, help our people. That’s who MyPillow is. That’s who I am,” he said. “We’ve all got to get through it together. Everybody do their part and when we come out of this it’s just going to be a — it’s saving lives.”

MyPillow used high-tech cutting machines before the pandemic and is now using them for the masks. Lindell’s company had sewing machines on hand, and even the cotton is the same as what’s in his pillows and sheets.

“It was a blessing we had supplies on hand for that,” he said.

He said he’s working with Chaska Laundry Center, Inc., to wash some of the masks, per some medical centers’ requests.

Lindell is donating some masks to Auburn Homes & Services in Chaska, and a few other local businesses, but plans to sell most of them to hospitals and medical centers. No masks will be sold to the public.

He wants to continue PPE production once this virus wave is over — for at least a decade.

“I plan on being a manufacturer after we’re done here,” Lindell said. “When the dust clears. whatever’s out there, I want to be one of the manufacturers that stays out there. ... By golly, we’re going to have them here and be ready.”

MedSource Labs in Chaska is following suit. CEO Todd Fagley said he works closely with partners in Wuhan, China, where the COVID-19 outbreak is thought to have stemmed from.

When the virus began spreading, his company saw a lot of gaps in its supply chain. So about two months ago, he had his company start asking the tough questions.

“How do we get masks? How can we prepare PPE kits?” he said. “We kind of had a premonition on what was coming, so we probably started turning our gears probably 30 days ago.”

They’re making PPE kits — three levels, from personal to professional — with masks, face and eye protection, gloves, a body gown, antiseptic wipes and a contamination bag. Right now he has 30 staff members but is looking to up the scale.

“We’re creating devices that save people. I think of my children or your grandmother and I say, ‘Does this device help?’” Fagley said. “And that’s big. I think it’s changed with this, now that we’re on the frontlines of something much bigger than just regular medical device therapy.”

He said much of MedSource’s materials are sourced overseas. It’s normally cheaper to do so, but he said it’s over three times as expensive now with the virus.

All in all, Fagley said he’s happy his company is contributing to something bigger than MedSource itself.

“We’ve got the structures in place to really make a difference right now,” he said.

Tina Schrempp is joining the good fight too — from her kitchen table in Chaska. Without a warehouse or manufacturing facility of her own, the retiree is working with a few friends sewing their own cotton masks. In just two days, Schrempp made almost 60.

They’re being distributed to area nursing homes and churches.

“It was my boyfriend’s idea,” she said. “I talked to my sister-in-law. She thought it was a good idea and we just started calling a couple nursing homes.”

Schrempp’s sister-in-law is handy with quilt making, so she was shoe-in. As for Schrempp herself, she’s been doing mending projects since her childhood escapades in 4-H.

“I’m not a big fan of sewing,” she said with a laugh. “I just get frustrated with it, I guess. I made one jumper and that is was it. I said, ‘Nope, not doing it anymore.’ But this is easy.”

There’s no pattern for these masks, she said, other than a simple design found on YouTube. The group just measures a six-by-nine inch sheet and seven inches of elastic and they have a mask in ten minutes.

Schrempp said reasons for making them are easy. She called nursing homes, which responded enthusiastically with the offer. It also gives the friends something to do.

Guardian Angels Catholic Church is collecting homemade masks and other medical supplies from the community and will bring them to drop off locations for hospitals. Drop off masks in the parish office entrance, 215 Second St. W., Chaska. Or call the parish office at 952-227-4000 and leave a message with a name and address and a volunteer will schedule to pick up the masks/supplies.

Guardian Angels is also collecting 100% cotton fabric needed to create homemade masks. Those who want to sew masks, but don't have access to fabric, can call Guardian Angels and leave a message requesting fabric, and a volunteer will deliver it to their doorstep.