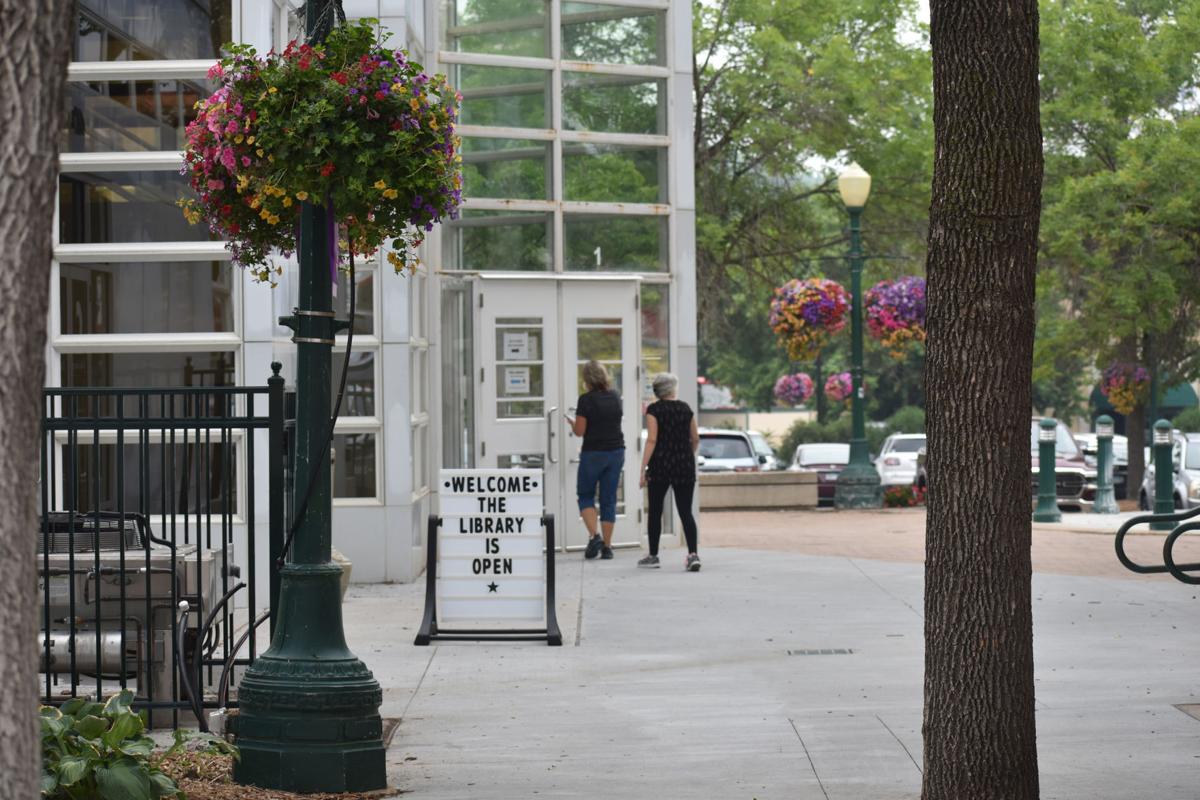 People enter the Chaska City Hall complex, which is also home to the library and police station. 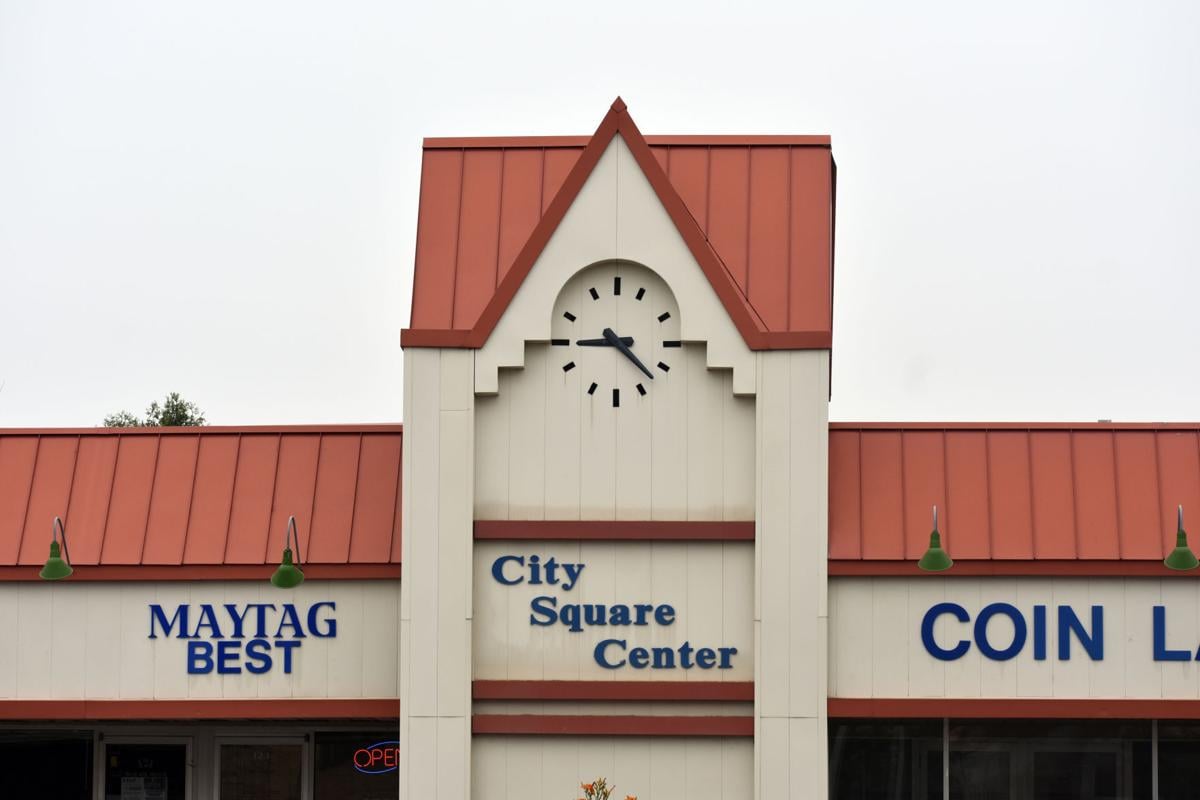 City Square Center, across the street from the library, holds several businesses that would likely be displaced with the City Square West construction.

People enter the Chaska City Hall complex, which is also home to the library and police station.

City Square Center, across the street from the library, holds several businesses that would likely be displaced with the City Square West construction.

As fall approaches, the city of Chaska plans to flesh out its City Square West redevelopment details and move forward in 2022, according to City Administrator Matt Podhradsky.

The revamped downtown center could expand city hall, while relocating the library and either expanding or relocating the police department in coming years. Businesses in the City Square Center across from city hall and City Square Park would also be impacted.

The pandemic led to billowing construction costs and uncertainty regarding the need for physical work space, causing a delay in action, Podhradsky said.

Over the past few months, the city has worked with architects and developer Inland Development Partners to land on a cost estimate.

Podhradsky estimates the city could spend $20 million in public costs to relocate businesses, complete demolitions, and build a city-owned plaza. The developer would likely put in over $40 million, he said, including “some type of housing,” with details yet to be determined.

“Construction costs have gone really high this summer. It’s not that we’re building (City Square West) this summer, but it’s been difficult to try and estimate and sort of find out where prices are gonna be,” Podhradsky said. “We’re being patient to see where the market will go.”

He anticipates next summer’s construction prices will change drastically, making it hard to make a budget for building and lumber costs.

“We’re moving into a period now where we’re gonna be starting to seek out some grant opportunities,” he said, adding a major Metropolitan Council grant application will be announced by the end of the year.

The city is looking at additional funding sources, Podhradsky said.

In terms of what the project would look like in the coming years, not a whole lot has changed since recent discussions.

“Most people looking from the outside would not see (much of a) difference,” he said.

Project partners will soon discuss how to design a “public plaza space,” touring nearby cities for inspiration. Podhradsky said the design is important for meeting everyone’s needs.

“It’s a space that people are really gonna view as a gathering space, that’s gonna be programmable, that’s gonna be easy to use,” Podhradsky said. “(We’re) trying to spend some time getting into the nitty gritty detail of how we could actually design and build (it) to make it usable.”

Relocating the 33-year-old library, only meant to last 20 years, is still part of the general plan. Staff are still thinking of moving it to the current Chaska License Center site — and have made moves in that direction after purchasing an adjacent house at the northwest corner of Pine and Fourth street several weeks ago, Podhradsky said. It’ll be demolished in coming months.

“People will start to get a sense of what the future site for the library would be,” he said.

The city is “starting to work” with construction managers and is browsing architects to “start looking at how we would actually design that space,” what the costs are, and how it would be implemented, he said.

If the library moves out of the Chaska City Hall space, the city hall would expand and remodel.

In a past plan, the license center would have moved to the bus garage site in downtown Chaska. However, that site isn’t included in current plans.

Carver County Administrator David Hemze said there isn’t much of a need to upgrade the license center as there’s “ample” space there.

He said COVID significantly changed how the county, a partner in the redevelopment, sees the need for building space within the City Square West proposal.

“Post-COVID space issues are much different with telecommuting and social distancing,” Hemze said. “It doesn’t mean we’re abandoning the idea of moving our license center to allow for the expansion of Chaska City Hall and the library, but we just haven’t gotten back to the drawing board.”

He said the county is still a few months out from “restarting” that architectural planning process, hoping to need less physical building space thanks to telecommuting options. That decision would lower the project’s overall budget, he said.

“Hopefully we can scale back on some of those expensive building costs and create a better ‘normal,’ long-term,” Hemze said. “I’d like to see us live under our existing footprint at the Government Center.”

Contrary to some county services, space needs are a major issue for the city. The city’s IT department is currently running out of the fire department’s upper floor “because we just don’t have room for them,” Podhradsky said.

Another major need, which he called perhaps the most urgent, is a bigger police station. Options are to stay at the city hall site or look at a completely new space.

In the coming months, Podhradsky said more conversations will take place about relocating the police station, reworking buildings and city facilities, and honing in on pricing options.

A big part of all of that is watching where construction fees go, he said.

“Where construction prices are now just really make the project really unfeasible to move forward from an economic standpoint,” Podhradsky said. “(But we’re) heading in the right direction.”