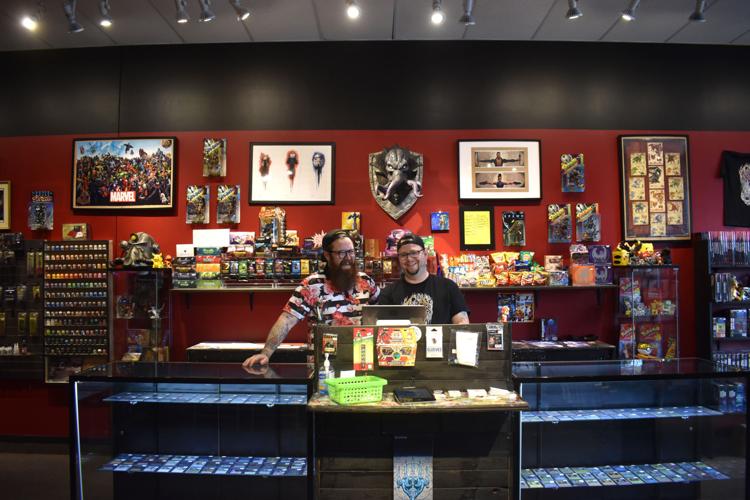 Robert Cormican, left, and Ryan Wales stand at the The Forge’s counter. 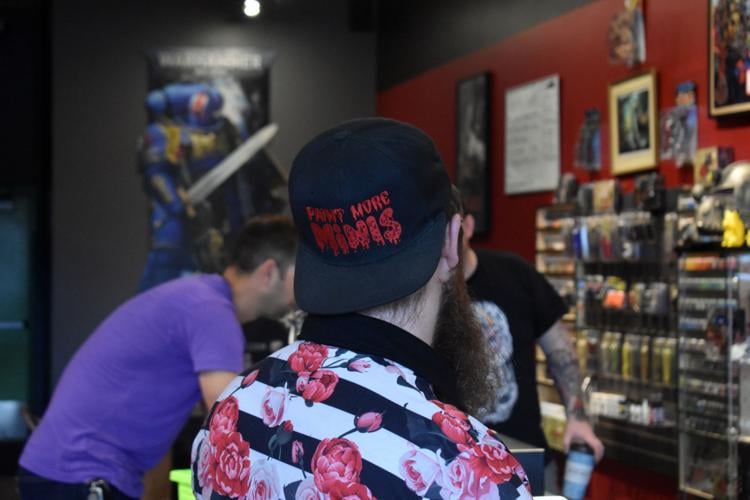 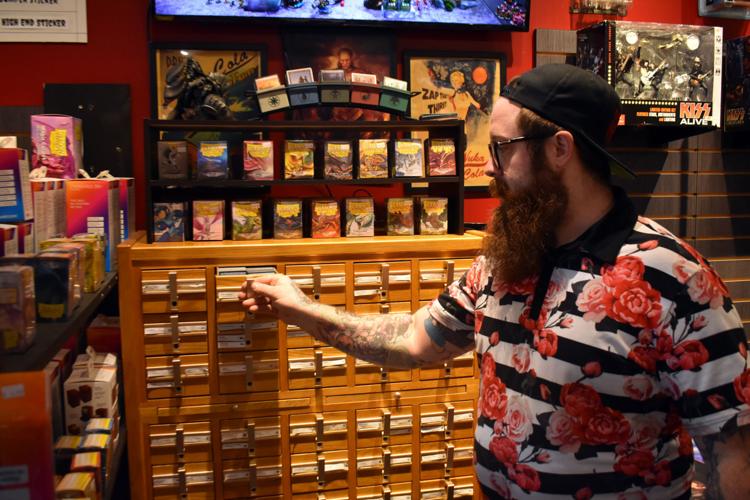 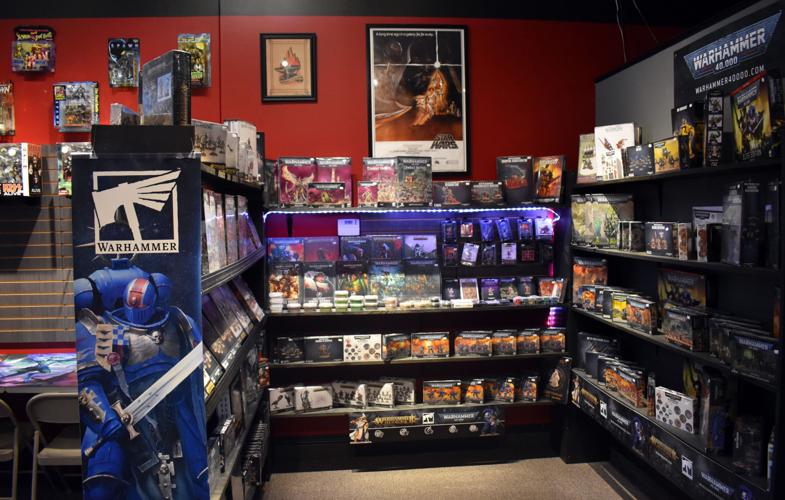 The inside of The Forge, 144 Pioneer Trail, Chaska. 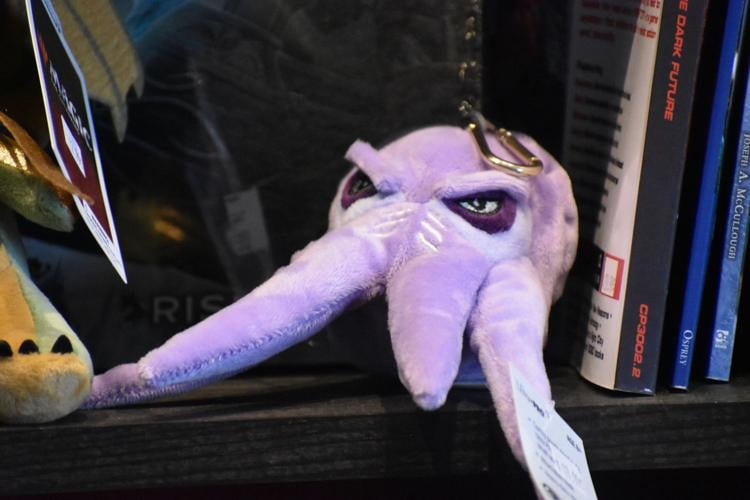 A Magic: The Gathering plush lines a shelf inside The Forge game store. 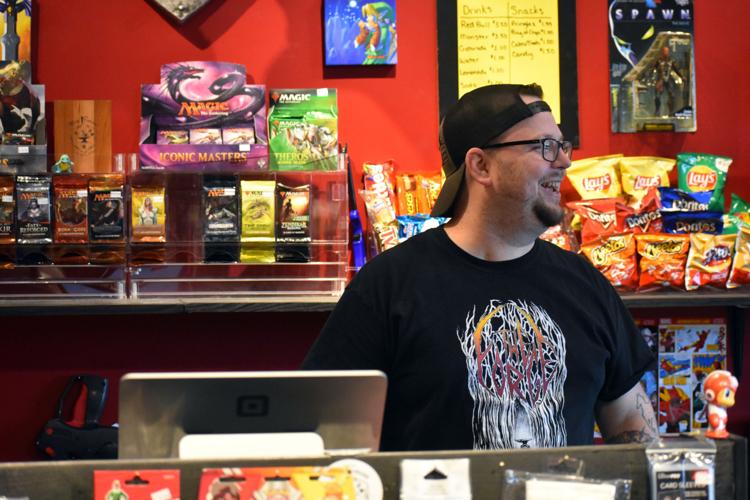 Co-owner and founder Ryan Wales laughs with a customer inside The Forge on a Friday morning. 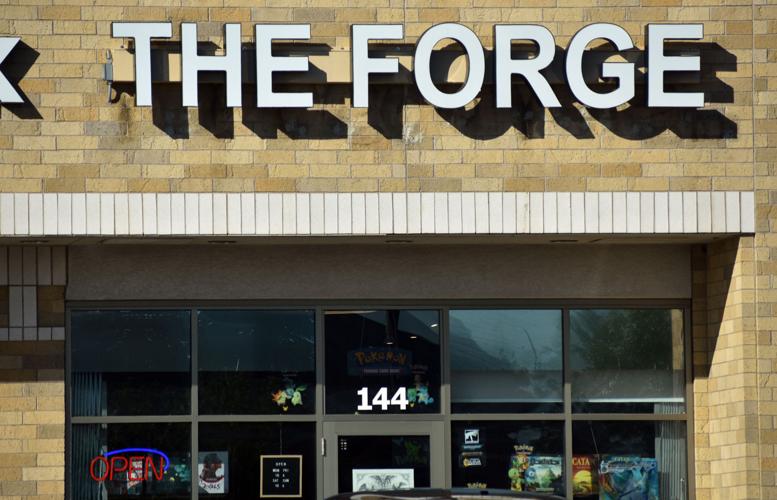 Robert Cormican, left, and Ryan Wales stand at the The Forge’s counter.

The inside of The Forge, 144 Pioneer Trail, Chaska.

A Magic: The Gathering plush lines a shelf inside The Forge game store.

Co-owner and founder Ryan Wales laughs with a customer inside The Forge on a Friday morning.

Plenty of people are familiar with D&D, the story-based tabletop game Dungeons and Dragons. But how many know R&R — Robert and Ryan?

Friends and now-business partners Robert Cormican and Ryan Wales teamed up to create something new: Chaska’s only game store.

It all started with a seemingly simple question.

“Hey, you want to do something really dumb?” Wales asked in the middle of the pandemic, referring to opening the game store.

Now, that question has shifted to, “How will you ‘Forge’ your adventure?”

It’s the tagline atop the website of The Forge, Chaska Commons’ newest addition in Beadville USA’s old lime-green and purple-painted space. Since opening in February, just four weeks after taking over the space, customers have been streaming in.

“You know what I mean? All the cool lo-fi (music), really fun feelings, but at the same time like you could also walk in and we're jamming metal,” Cormican says.

Wales grew up in game stores just like the ones they spend 70 hours a week working in now. The two play everything, for the most part: Dungeons and Dragons, Magic: The Gathering, Warhammer, the list goes on.

Wales lives in Cologne with his wife and two dogs; Cormican is moving from St. Paul to Chaska with his wife and child (and another on the way). They both worked office or restaurant jobs for years before they got sick of working for someone.

Change is what they craved.

Cormican and Wales, donning backward baseball caps and sleeves of tattoos, have their plates full. For now, they’re the only two employees. Though definitely laborious, they say there’s plenty of fun mixed in, thanks to the people who walk in the door.

“We’re living the dream. Yeah, there’s work, but I get to do the things that I love everyday,” says Wales. “Our customers turn into our friends very, very quickly.”

“It’s such a welcoming atmosphere,” a passerby says as he’s addressed by his first name, John, like an old friend. “That’s one of the things that I like about the store, is feeling comfortable.”

Following coats of fresh red paint and building handmade tables and shelving, the fun stuff began: A treasure box of colored dice for the kids. Nightly community events. A silly prize board (spin the wheel and get ‘beanboozled’ by a nastily-flavored jelly bean, anyone?). Posters and art galore.

Sure, games are a big part of The Forge. But it’s mostly about the people.

“You have that core group of people that you’re playing with every week or biweekly or whatever it is, and you know, a lot of times you get close with those people,” Wales says. “They’re a part of our game room … We always laugh.”

That laughter is a part of the store’s soundtrack. One minute there’s an intense, movie score-like track overhead and the next is drowned out by people just having fun with each other.

“To have a spot that people can come and just kind of nerd out and be themselves and enjoy these things? And to do it for a living?” Wales says.

At The Forge’s opening, people trickled in to play games. Home, The Forge, then back home was their routine to stay safe from the virus.

“People would come out, and they don’t leave their house because of COVID, and they would come here once a week. That would be their one excursion out into the wild,” Cormican says.

Now that many are vaccinated and mandates are lifting, people are feeling more comfortable. These past few months have been busy, to say the least, customers driving in from cities across the metro and state.

“Any small business owner will tell you, ‘You don’t make money in the first year of opening,’” Cormican says, noting it wasn’t the case for them. “I’m not saying we’re making crazy money, but we’re much higher than our projections we expected.”

All they wanted was to survive through the pandemic, but the community far surpassed that. Why, you ask?

“These are the things that take you out of your normal everyday bummers,” Wales says, as Cormican grabs a miniature piece he spent hours painting.

The Forge’s games aren’t like your classic Scrabble or Monopoly sets. Instead, customers invent their own fun.

“Nowadays, the games are video games in a box,” Cormican says. “You open up (and) you’re literally so immersed that you’re like changing your voice as you play. It’s hyper-specific, thematic, really cool stuff … Back then it was like, alright, we’ll just roll two dice, move here, yeah. Now it’s like, are we gonna survive this?”

The Forge plans to partner with nearby medical clinics and schools to get often-unaffordable Pokémon card packs in kids’ hands.

With the game’s popularity, it can be hard to find all the things needed to play. That’s where Wales and Cormican come in, assembling packs for younger folks who might love the game.

Or if they do, all their lawn-mowing money goes to one box of cards.

“If we can do anything to kind of help that out, especially with the hospitals or the schools, it wouldn’t take a lot for us to be able to do that,” Wales says.

Meanwhile, the partners will continue doing what they do best: Growing their gaming oasis, R&R style.

Back then it was like, alright, we’ll just roll two dice, move here, yeah. Now it’s like, are we gonna survive this?”