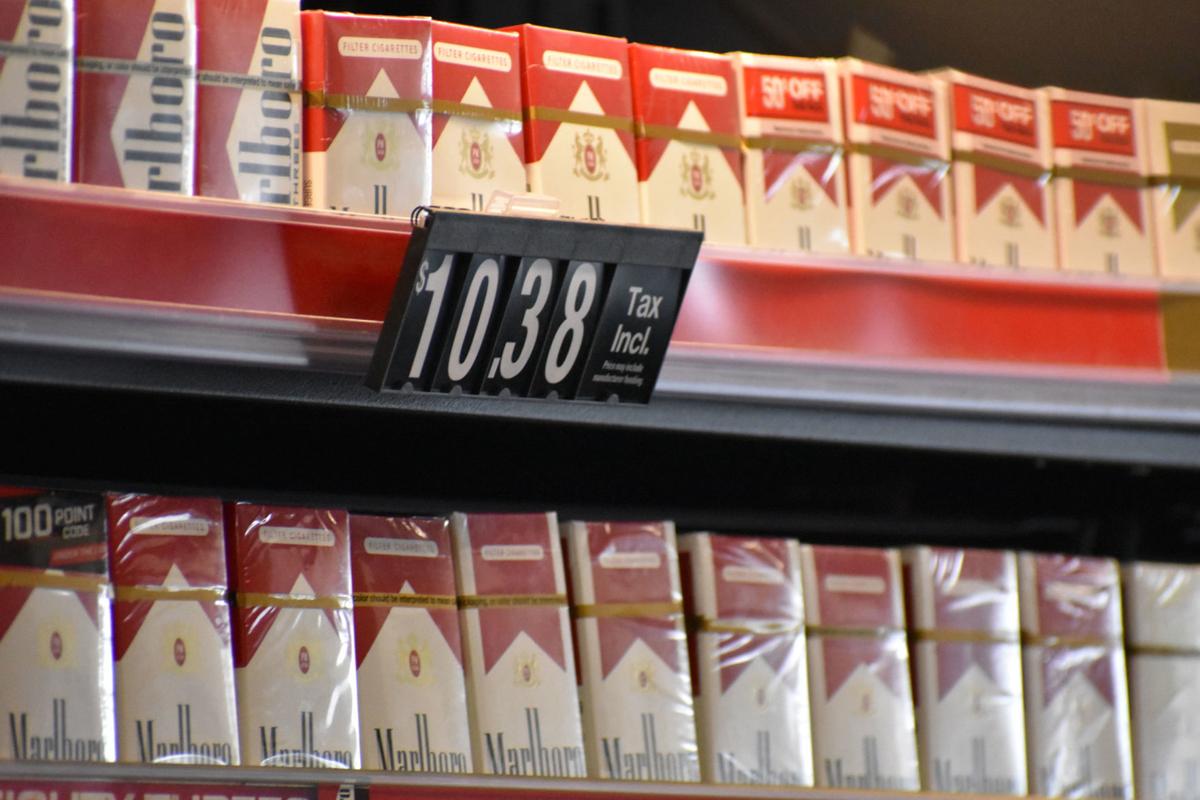 Marlboro cigarettes line shelves behind the cash register at a local Kwik Trip. 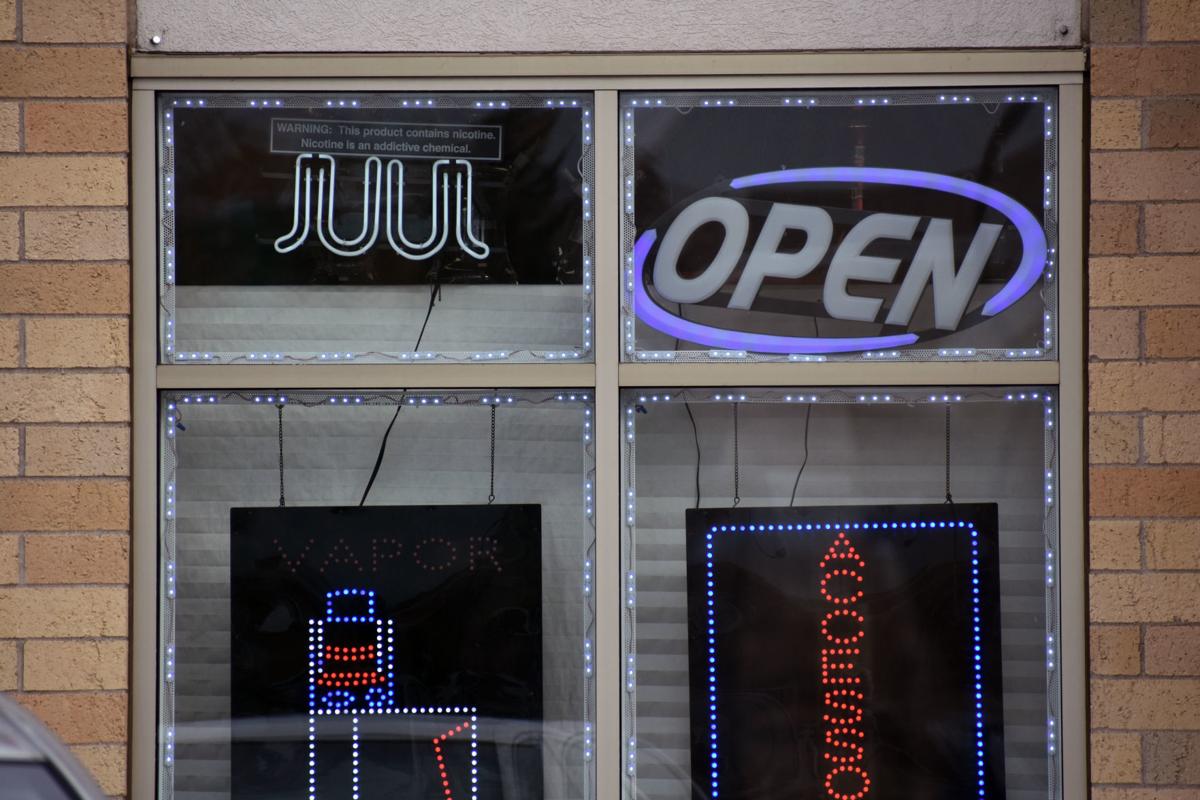 A new federal law bans the sale of tobacco to anyone under 21.

Marlboro cigarettes line shelves behind the cash register at a local Kwik Trip.

A new federal law bans the sale of tobacco to anyone under 21.

At what age can someone buy tobacco products? It’s a seemingly straightforward question, but it has lawmakers, business owners, and customers alike confused.

In late December, the federal minimum age for selling and purchasing tobacco products was raised from 18 to 21, effective Dec. 21, 2019. It was part of the legislation President Donald Trump signed, amending the Federal Food, Drug and Cosmetic Act.

On a national level, buying or selling tobacco products under age 21 is illegal now. But what does this mean for individual states?

“It’s still kind of a hodgepodge yet at this point,” said Rep. Greg Boe (R-Chaska) who represents District 47B.

If a 19-year-old walked into a Minnesota gas station today and successfully bought cigarettes, the business and the customer would be breaking federal law — but not Minnesota state law, which still sets its minimum age at 18.

Officials say most big retailers are making the federal change to 21, per federal law. But when it comes to smaller ma-and-pa shops, their sales might not reflect the change yet.

Law enforcement does mandatory yearly checks on tobacco sellers — at least the ones registered with the county — to ensure age rules are being enforced. But Carver County Sheriff Jason Kamerud said those compliance checks haven’t started yet for 2020.

He said until the state adopts the new federal age requirement, there will be confusion.

“Until the Minnesota Legislature makes some changes, we’ll still have that mixture,” Kamerud said.

“It’s a starting point, not a cure-all,” he said about the federal law. “I don’t believe they assume it would solve the problem. It’s really kind of a start that will allow, and perhaps even persuade or encourage, state by state to make that decision.”

Laura Smith, spokesperson for ClearWay Minnesota, said she thinks communication on a national level was substandard or nonexistent.

“It’s challenging for retailers and lawmakers, even for public health communicators,” Smith said, noting how many people simply aren’t sure what the change is.

HERE’S WHAT WE KNOW

Enforcement happens at the federal, state and local levels, Smith said. Right now, enforcement for the above-21 law is only seen nationally.

Until states enact a 21-and-above age law, the rules around who can buy tobacco in Minnesota will remain convoluted.

“We’re still asking (state) lawmakers to pass a strong tobacco 21 bill to make sure everybody knows it’s the age,” Smith said. “We can make it clear that this is happening and in effect.”

Smith said larger chains like Holiday or bigger grocery stores received word from their national, corporate leaders. That might explain why those stores have signage at the counter that reflects the new 21+ law (free digital age verification calendars are available to businesses at the Center for Tobacco Product’s Exchange Lab’s website).

But some retailers, especially smaller smoke shops, are waiting for instruction to change the law — instruction they simply might not get.

“While they might take a couple of months to figure out enforcement, the age was immediately changed,” Smith said.

Sheriff Kamerud said Carver County law enforcement hasn’t directed any retailers to abide by the new federal law. So if sellers aren’t getting word at a federal level, they could be unknowingly breaking federal law.

Signs outside the Chaska Smoke Shop still state, “Under 18 No Tobacco: We Card,” but bigger stores like Holiday have signs recognizing the federal 21+ law.

ClearWay Minnesota put forth a “Tobacco 21” bill that passed in the House’s health budget in 2019, but didn’t make the same progress in the Senate.

“We’re talking to lawmakers to encourage them to get it done quickly to provide the clarity that is needed, but also make sure we have resources,” Smith said.

Those resources include a public database of which compliance checks are already being done and making sure retailers have clear signage modeling the federal law.

Setting higher fines for retailers when they break the law and prohibiting flavored tobacco products are a part of that. Current fines are anywhere between $250 and $754 for licensers who violate the law in Minnesota. With a statewide Tobacco 21 bill, those numbers would raise to anywhere between $300 and $1,000, Smith said.

As of Feb. 4, the Food and Drug Administration will ban most fruit- and mint-flavored nicotine vaping products, to try and curb use by youth.

ClearWay is speaking with legislators to hopefully change Minnesota’s law to restrict tobacco to those 21 and up, maybe even restricting flavored tobacco. It’s a move they want passed in both the Minnesota House and Senate early in the session, which starts mid-February.

Nineteen states have statewide laws that raised the age of tobacco sales to 21-year-olds or older. The first was Hawaii in 2016 and the most recent was Pennsylvania, which will enact the law in July 2020.

Why did they do this? Smith said the answer is simple.

Nicotine is addictive and can harm the adolescent brain, she said. Almost 95% of addicted adult smokers started before turning 21, according to the U.S. Department of Health and Human Services.

By raising the tobacco age to 21, around a quarter of 15- to 17-year-olds would stop smoking, the National Academy of Medicine suggests.

Boe said Tobacco 21 talked to Chaska City Council in 2018, but no change occurred.

“They were frequently told, ‘Well you need to do it at a higher level.’ If you only ban tobacco for under 21 in Carver County, for example, people will just drive to Hennepin County or Eden Prairie,” Boe said.

Though both Smith and Boe said it’s a great start to have a federal law change, enacting it on a state level will make all the difference.

“It’s a good step. It’s a great kind of historic move to help protect kids from nicotine addiction, but we need to do so much more,” Smith said.